bean to bar, a chocolate boutique in kuwait, features a slender, cellular waffle vault along its longitudinal axis that morphs into a secondary enclosure. studio toggle maximized efficiency and lightness in the 33m2 space by eliminating the need for a conventional ceiling, opting for the parametrically-designed, self-supported steel structure instead. optimized for digital fabrication as a slot-in waffle system, the vault eased the construction process and cut down material waste. 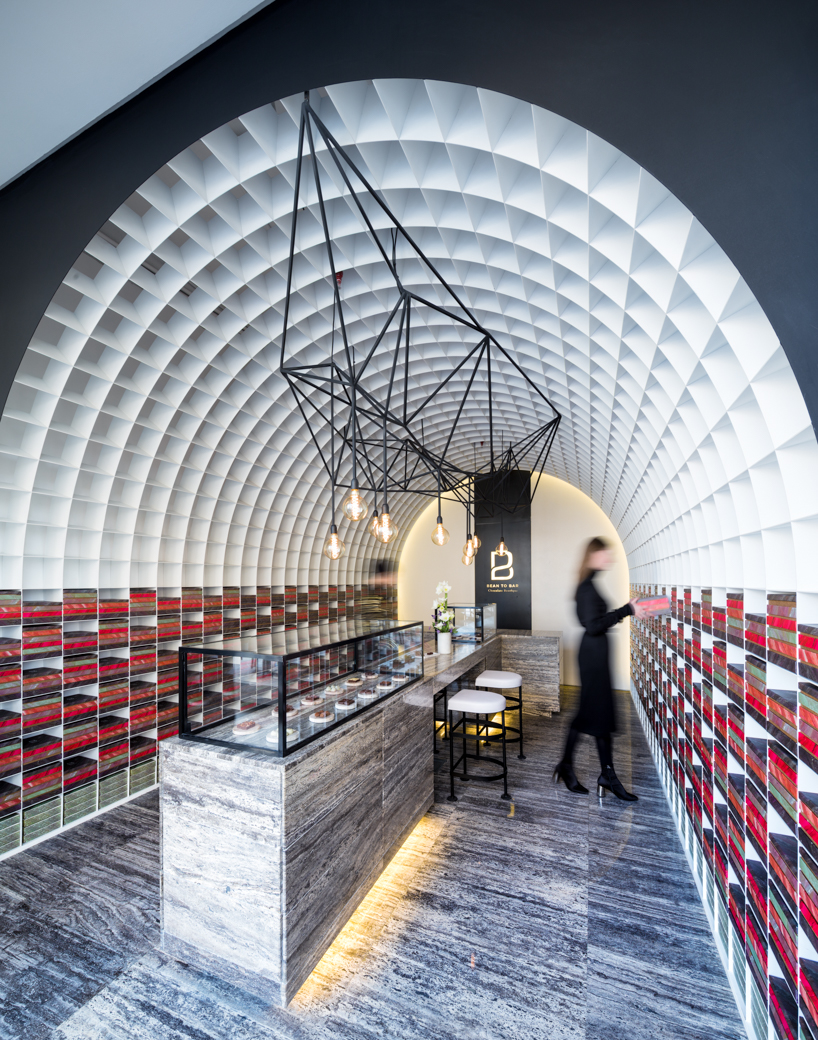 the dimensions of the cells were calculated based on the modular packaging units used by the chocolatier, leading the studio to reimagine the structure as an analogue screen where cells double as pixels. messages or patterns can be displayed on it by using a combination of empty cells or by rearranging packaging of different colors. this opens up possibilities for the store to change its ambience easily and intuitively to suit various occasions.

an algorithmically-generated steel chandelier breaks up the symmetry of the vault while emphasizing it at the same time. vein-cut silver travertine on the floor and counters adds a warm undertone and balances the overall ambience, resulting in a refined industrial look. 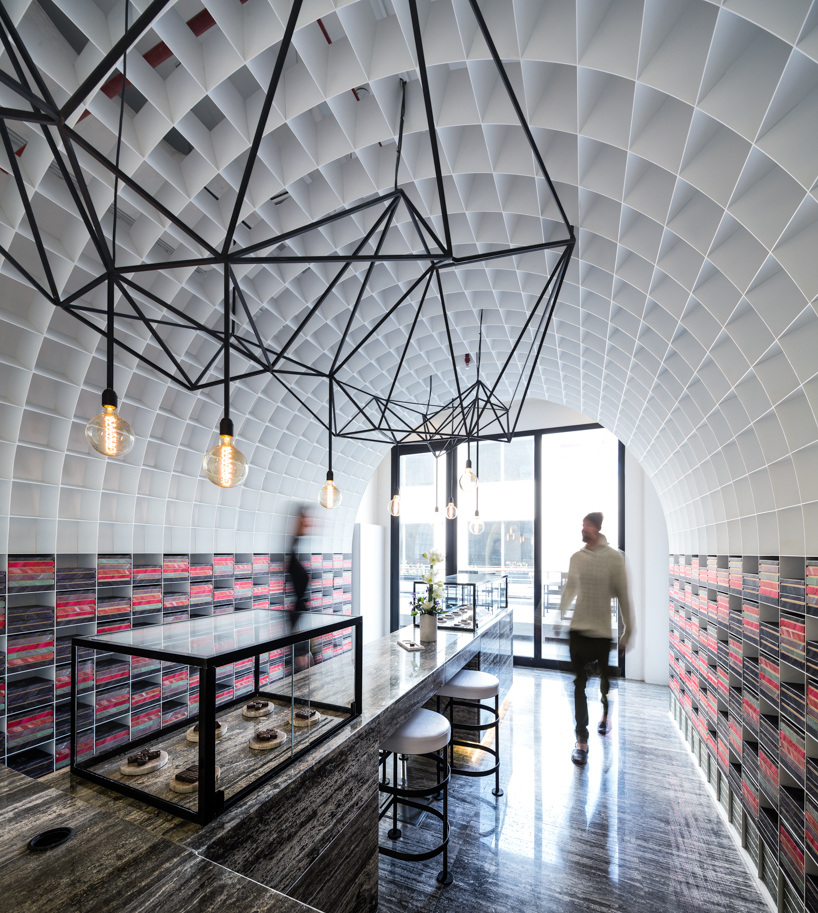 the cellular vault incorporates both storage and the ceiling enclosure 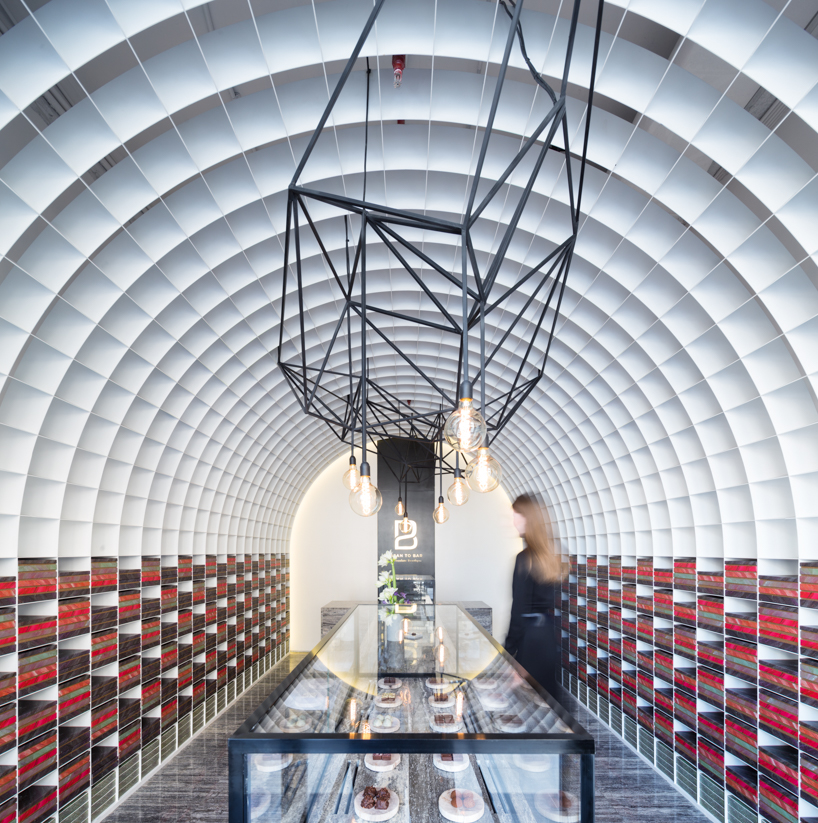 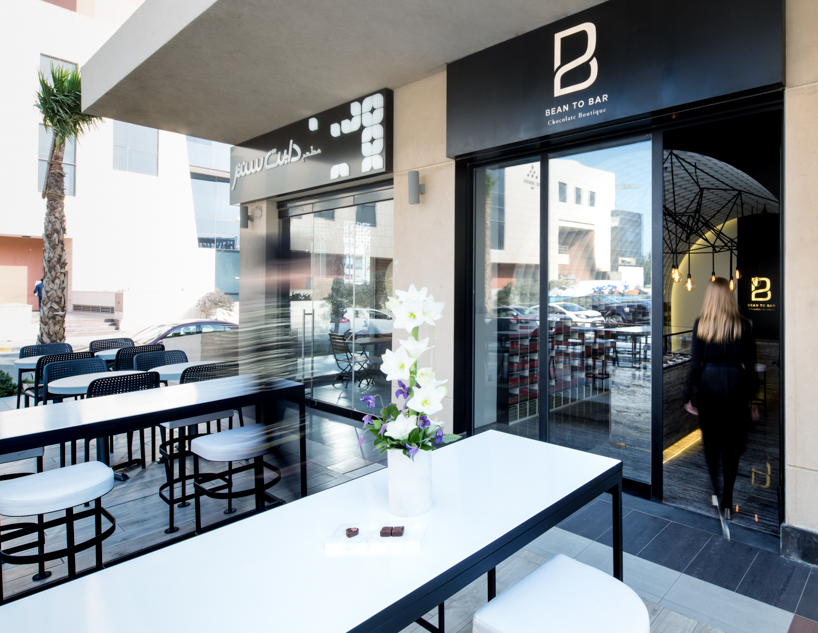 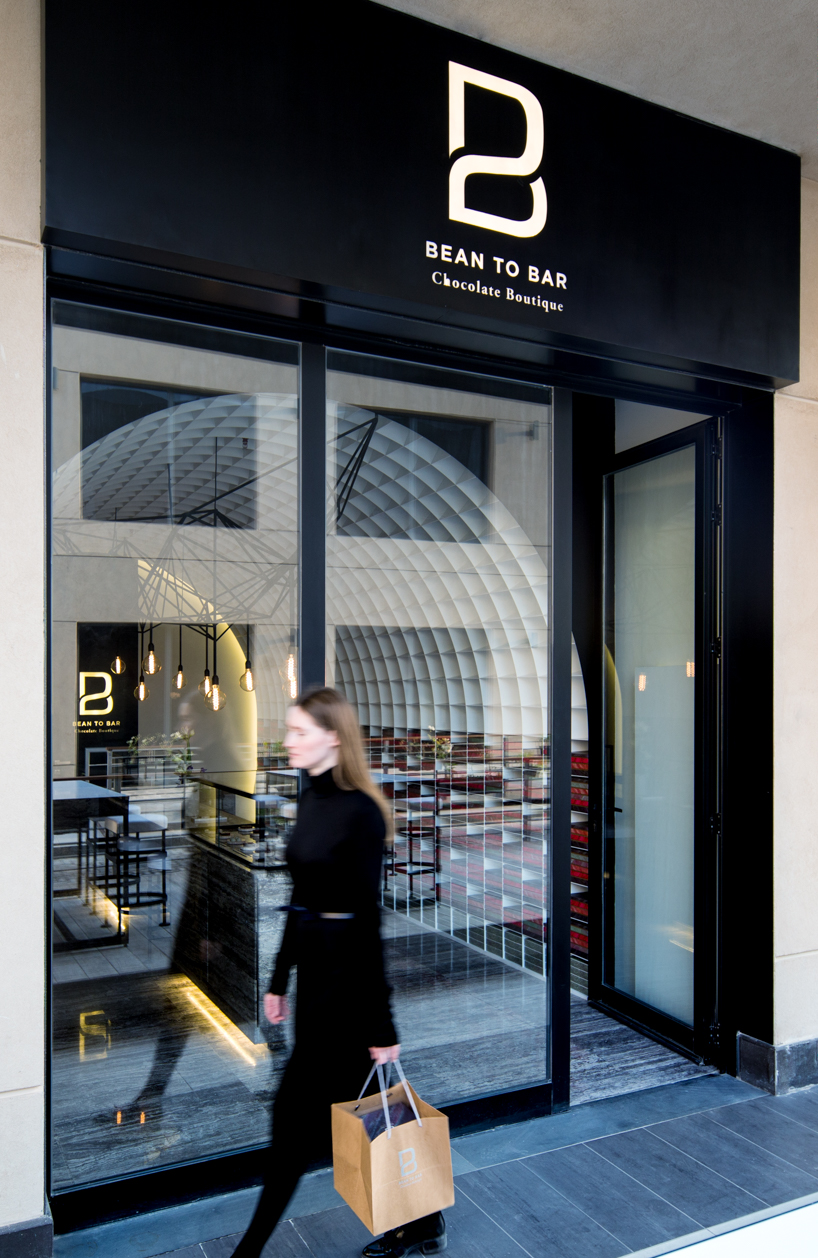 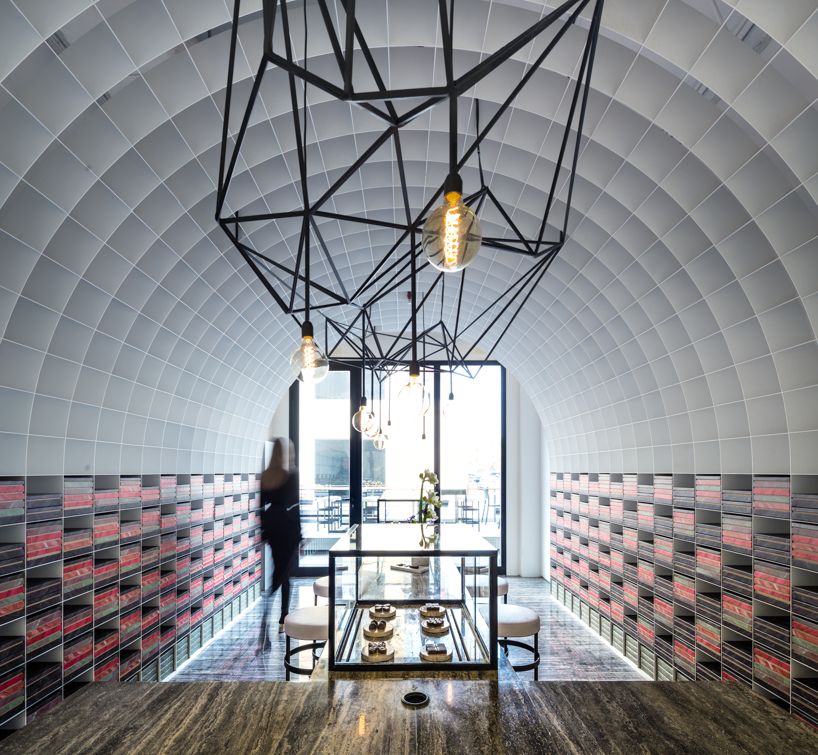 the thin edges of the steel vault draw the eyes upward 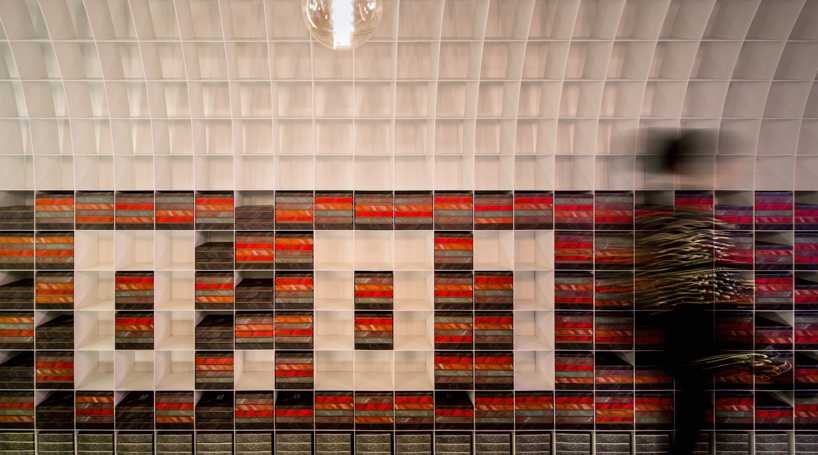 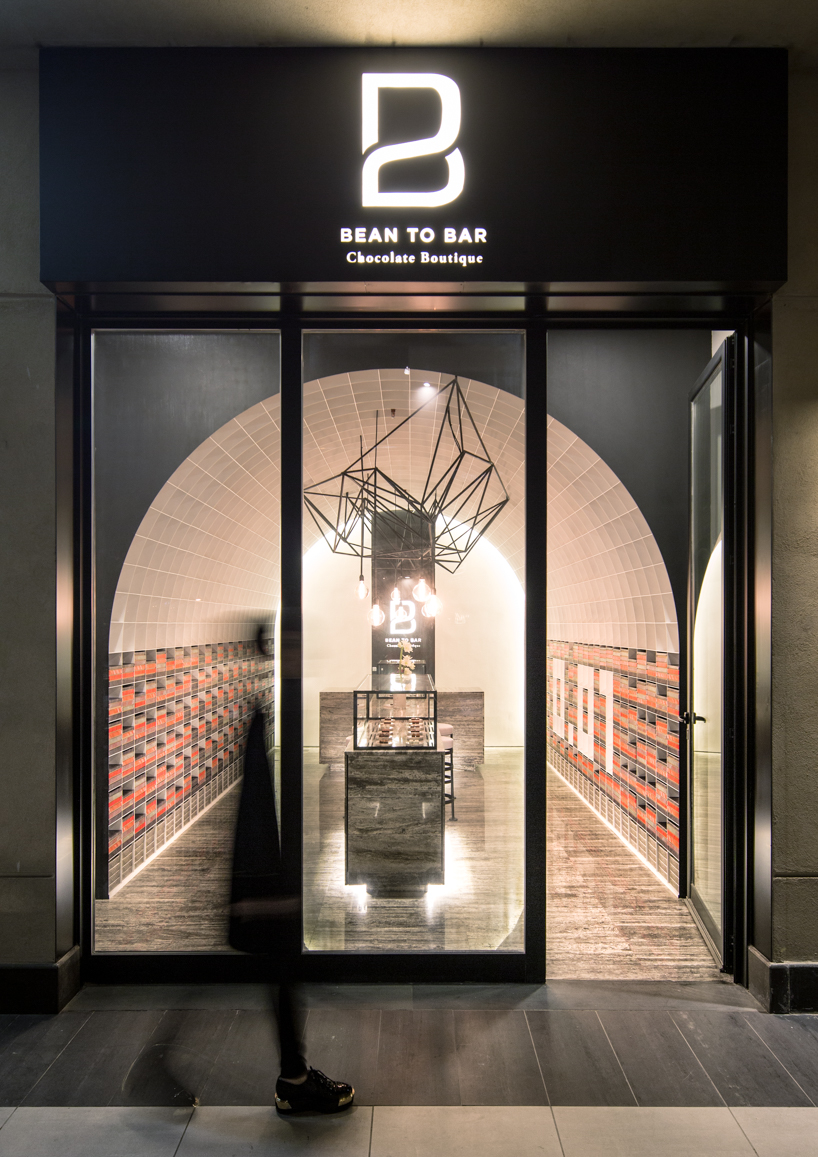 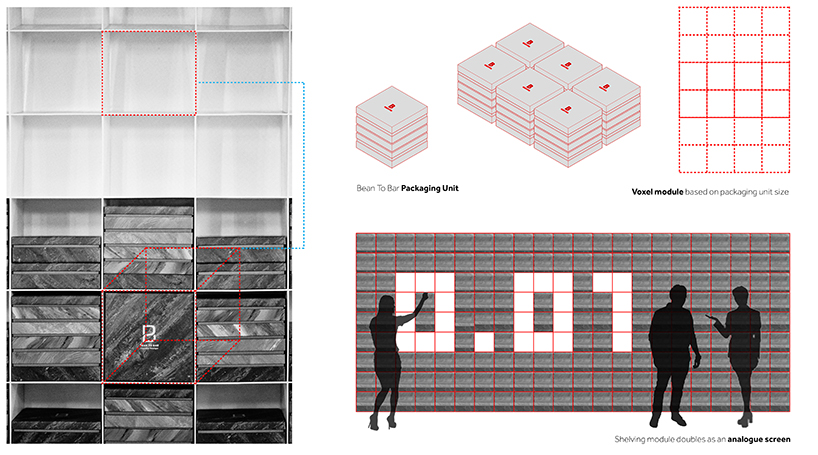 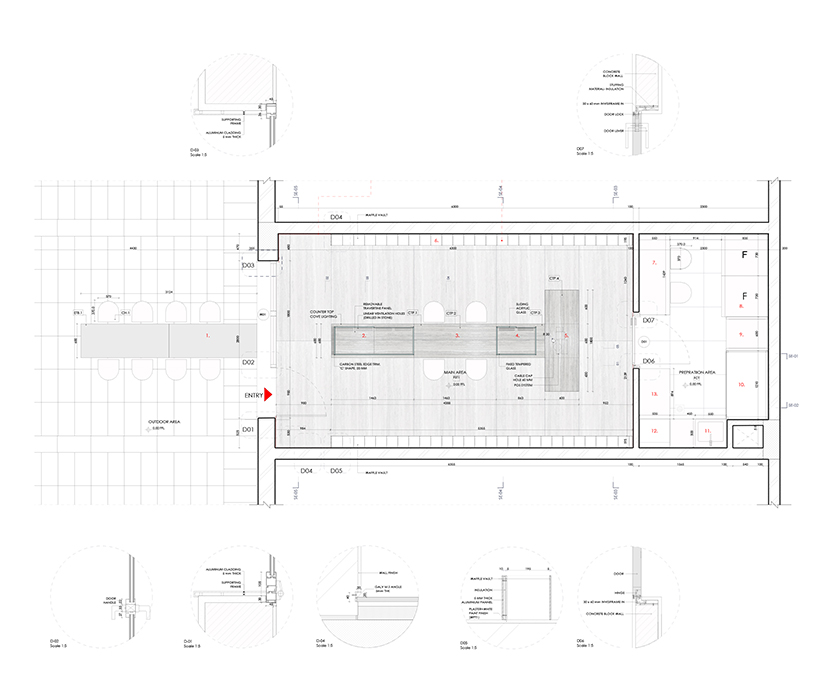 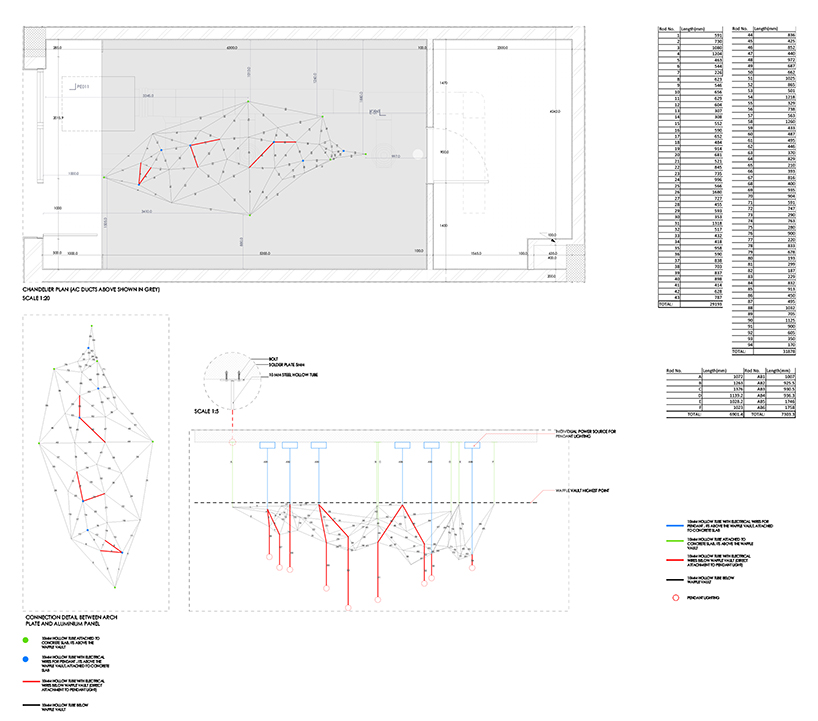 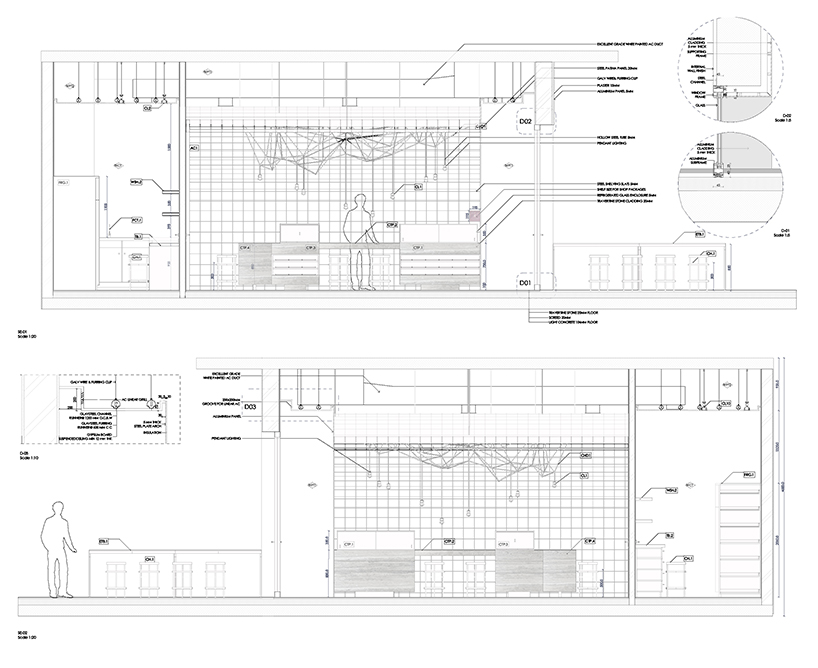 detailed section showing how the components come together 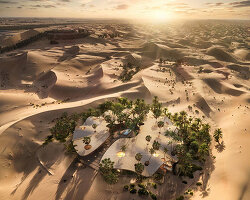 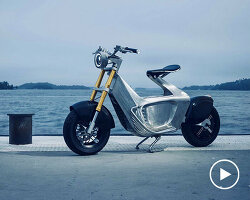 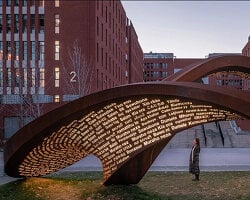