brooklyn-based architecture practice studio vural has envisioned dune house, an off-the-grid residence in cape cod, USA. located on a beach principal selim vural vacations yearly, the project was inspired by a squid’s rainbow flash at a nighttime fishing expedition where mr. vural thought that if squids can power themselves, then houses should do it too. 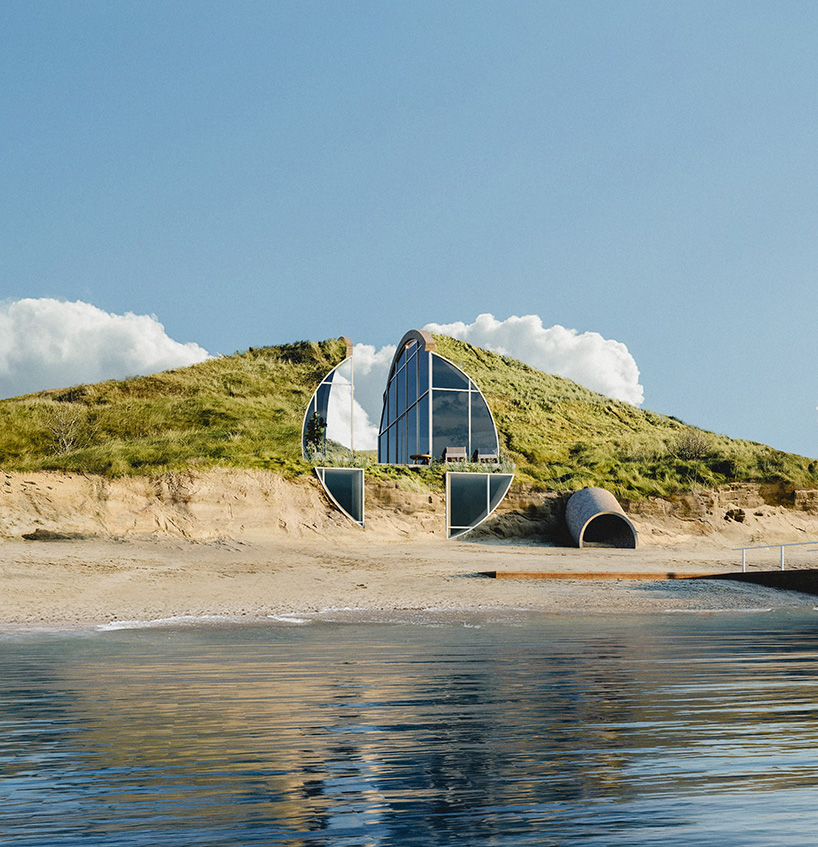 all images courtesy of studio vural

dune house by studio vural features a design that blends seamlessly with nature and can be only recognizable from the sea. the unplugged house has an autonomous power network energized by a vast solar field and miniature wind turbines designed to produce more clean energy than the one being consumed. the high energy efficiency is enabled by burrowing the house under the dunes, anchoring the foundation into geothermal temperatures of sand, consequently blanketing 80% of the envelope. 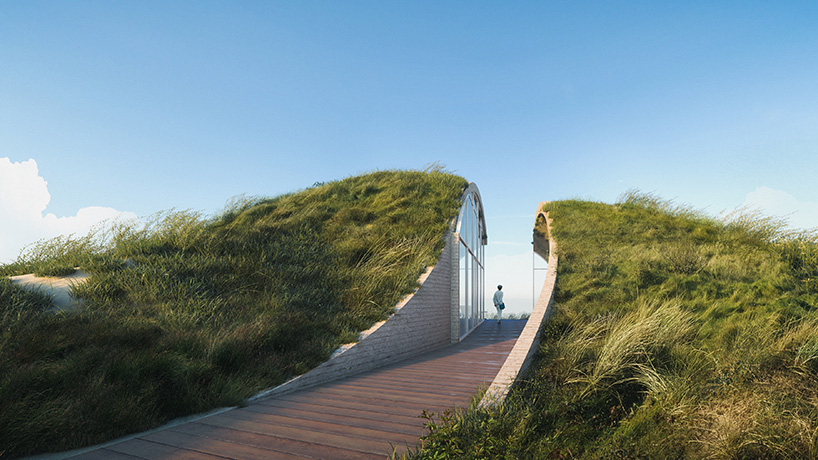 the dune house is what selim vural calls the next generation of hyper-sustainable houses which ‘must be aggressively pursued to turn the tables on climate change.’ the concept also embraces the recent research on absorptive building materials and soil engineering for a sponge effect on carbon mass. ‘the very pursuit of technology that brought us here will also be the savior; tech driven agriculture, soil engineering, carbon absorptive building materials, smart remote devices are finally cleaning & connecting us back to nature, where we belong,’ vural concludes. 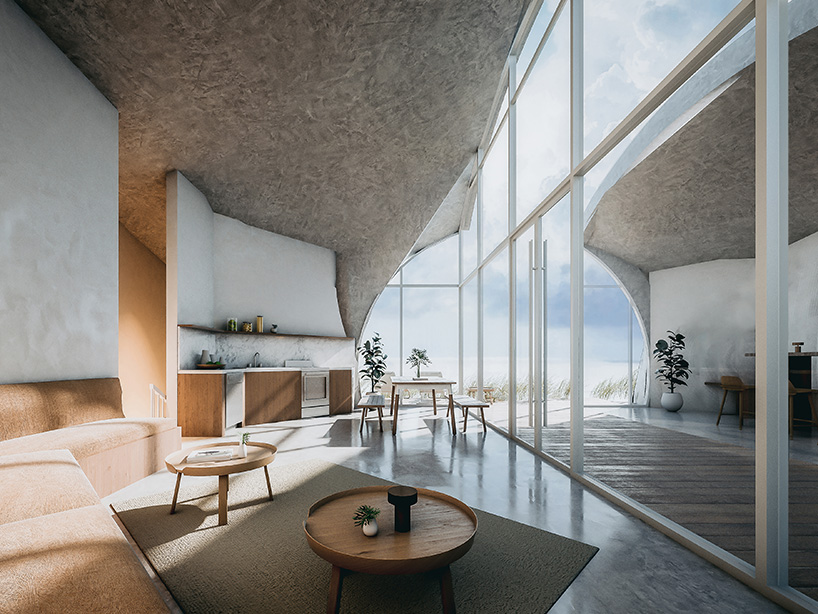 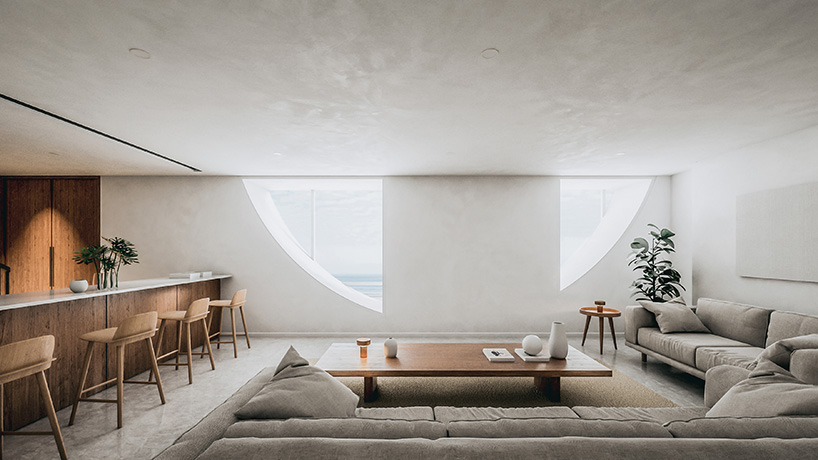 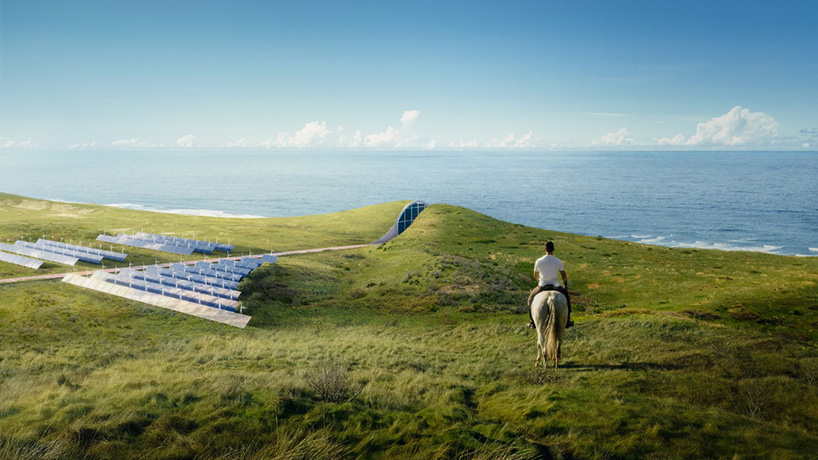 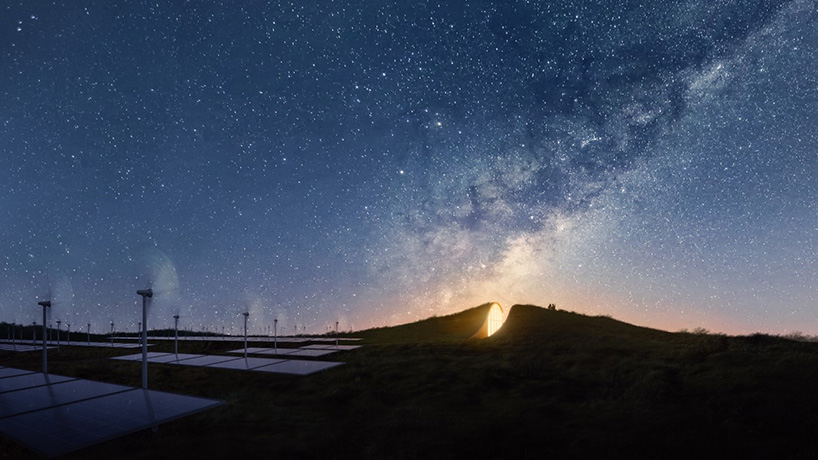 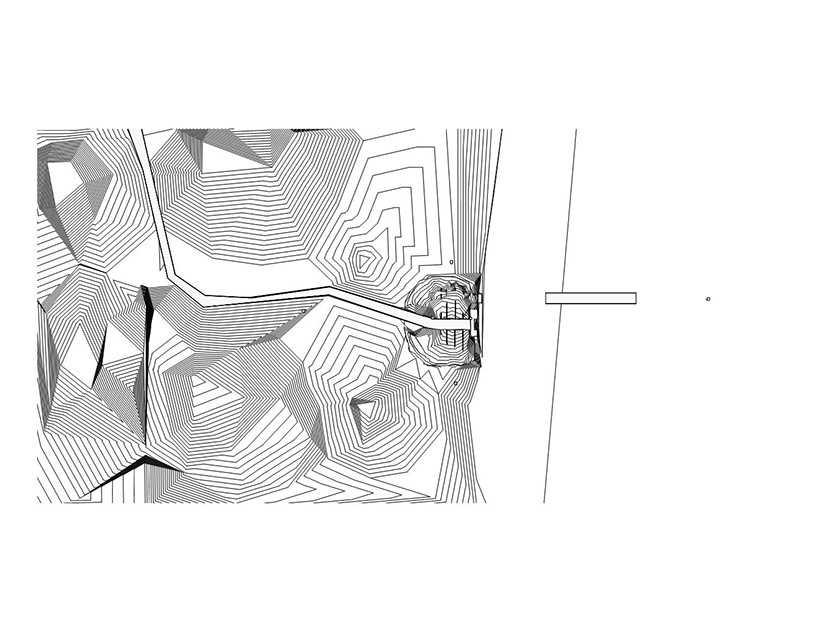 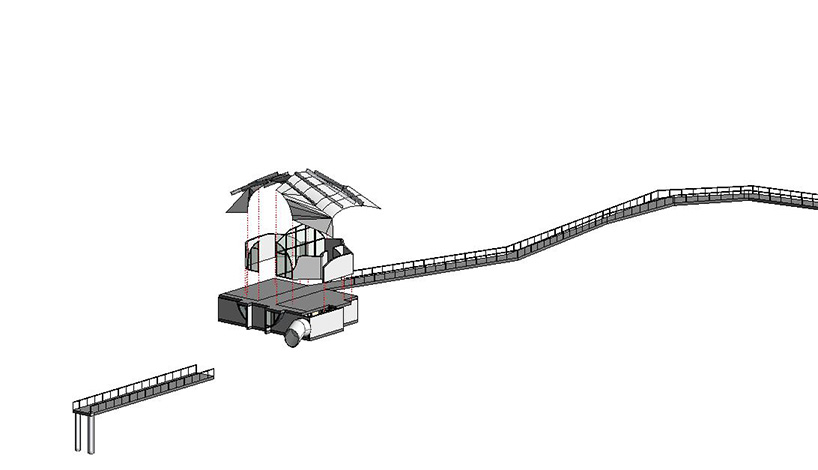 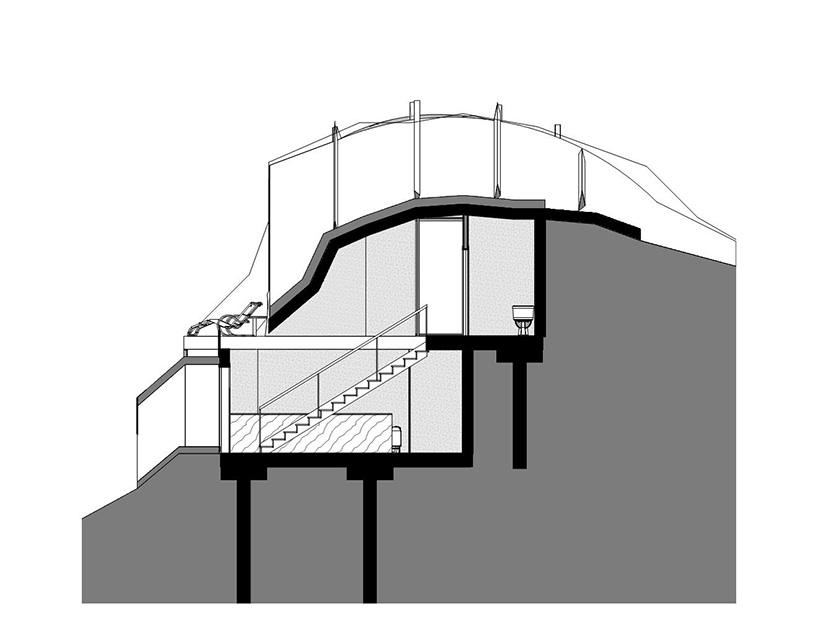 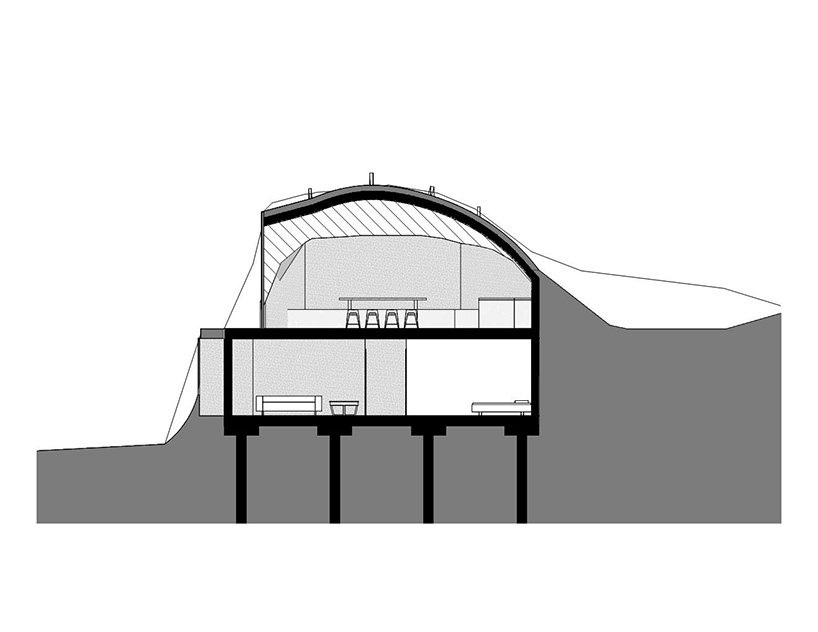 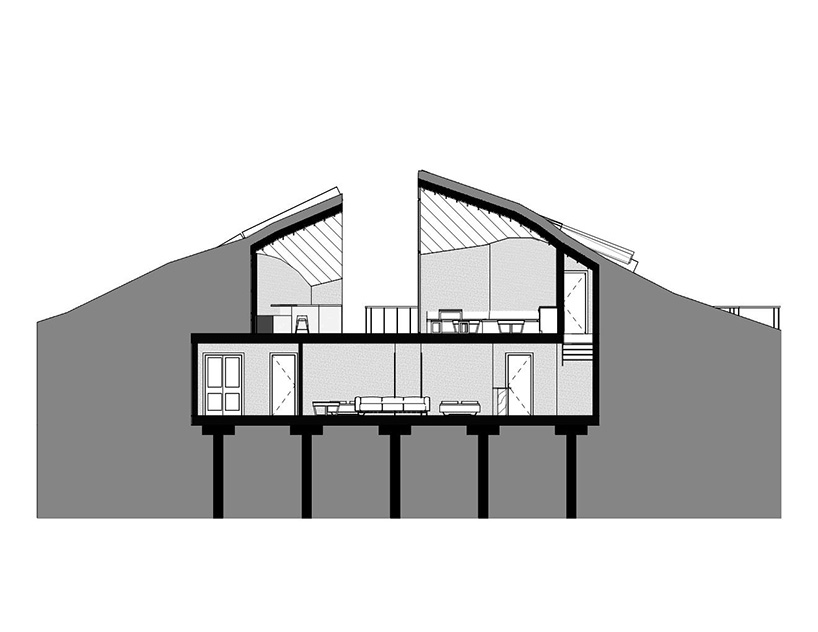 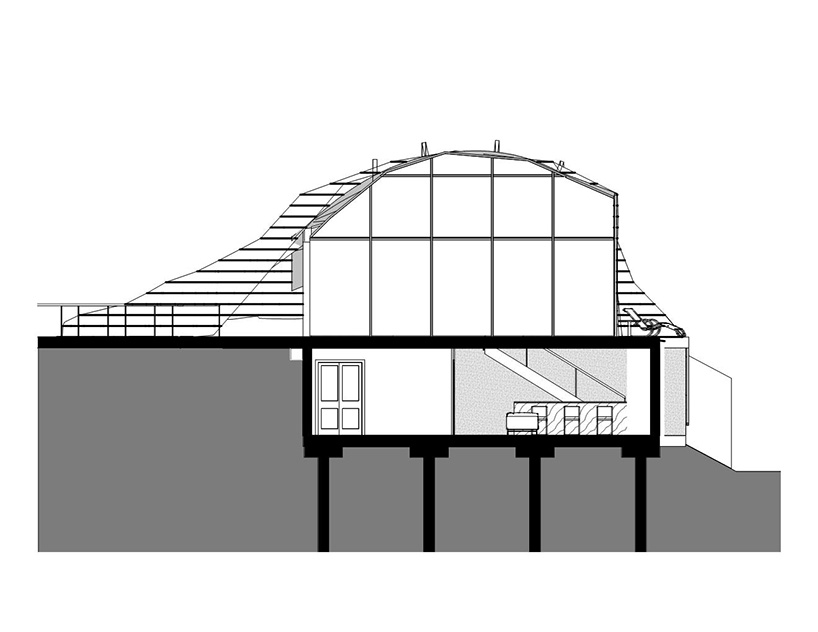 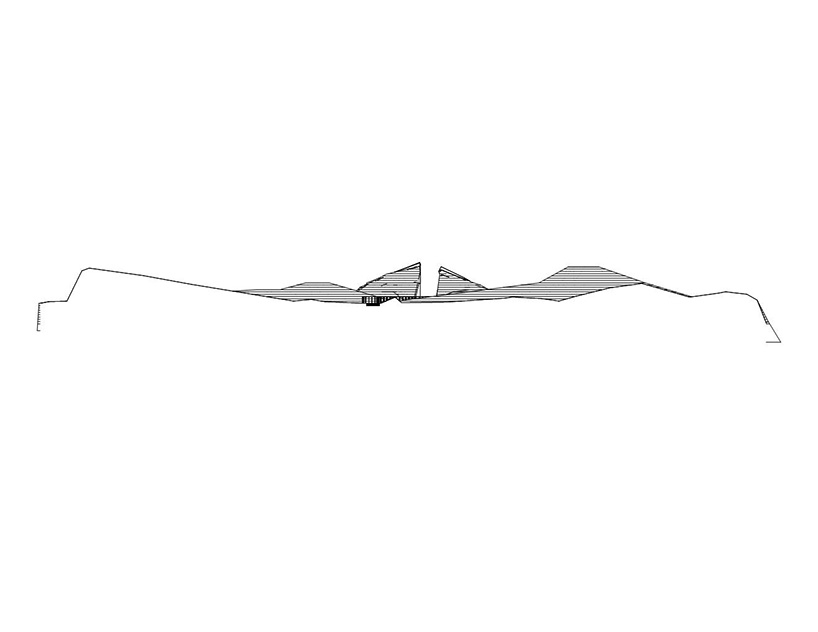