developed as an idea for the tourism industry, austrian firm studio WG3 has conceived the ‘hypercubus‘, a mobile hotel room. the concept of the design is built on three fundamental concepts: employing open areas with available infrastructure (or also could be self-sufficient); the creation of small modular units which are portable and introducing a new element to the traveler of a pre-paid apartment, under a unified corporate design. the minimal housing units were specifically fabricated to use existing resources and be transportable, and can adapt to particular needs depending on the season. with a single architectural component, the project reinterprets the notion of accommodation as it can be totally independent technically; installation can be non-permanent and several hypercubus’ can be grouped into clusters.

the unit is transportable

several hypercubus’ can be grouped into clusters 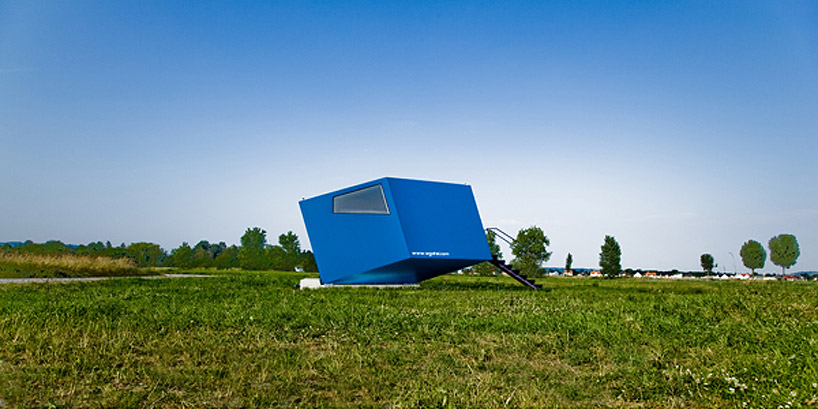 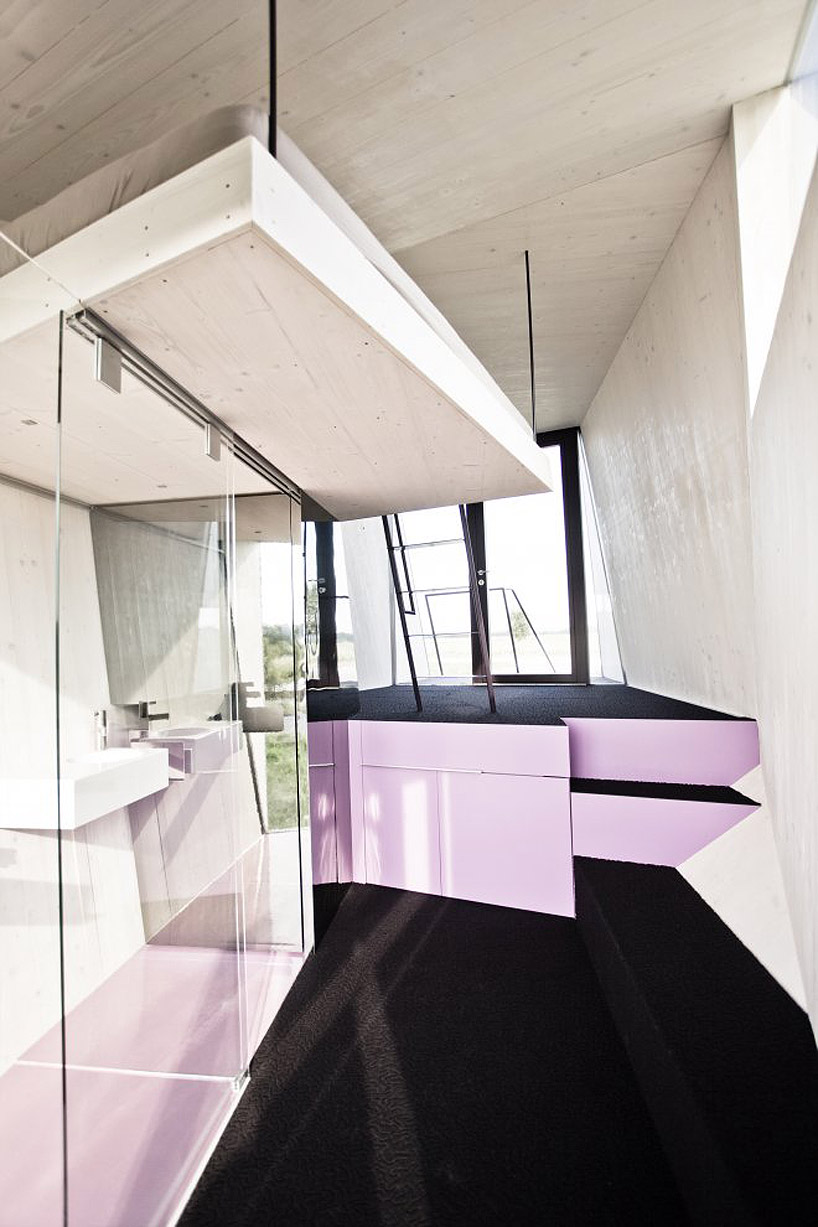 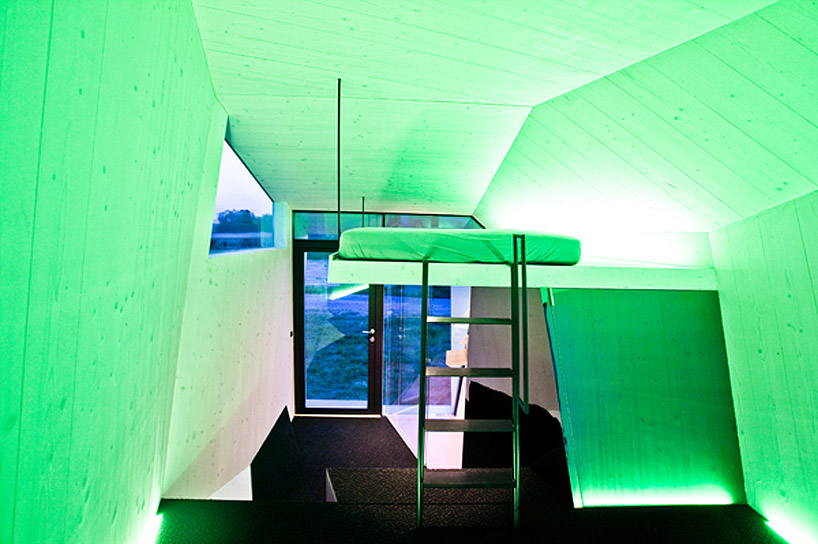 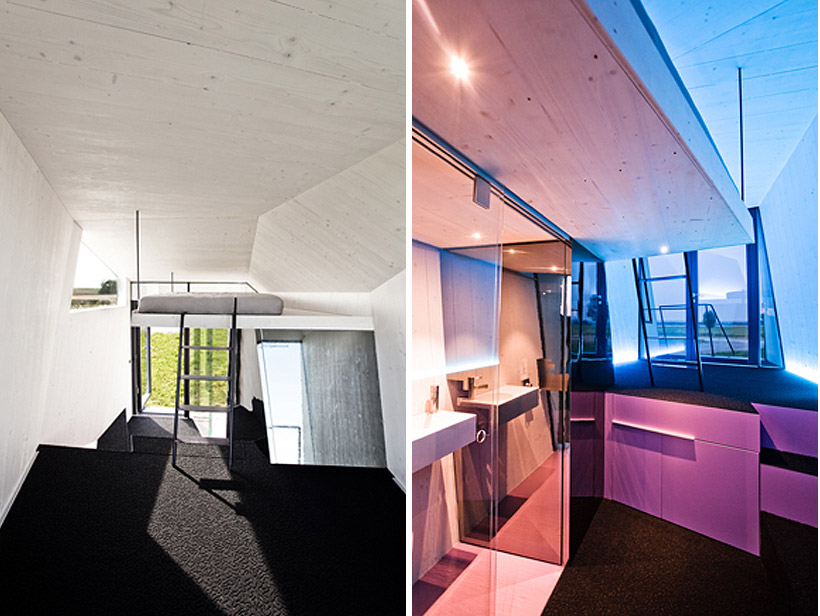