using the energy of nature, the warmth of sunlight and winds as starting points, japanese studiogreenblue have designed ‘n house’ located in saitama prefecture, japan.

the site is situation on an inland area in the kanto-plain, the hottest place in japan, with grounds surrounded by fields of spring onion. in such a harsh, dry environment, the inhabitants of the house, wanted a place which was warm and private.

for the design, the architects decided on a concrete structure, for its big calorific capacity. the beams store heat, allow light to penetrate, bear horizontal power and reduce the cold draft by using the concrete as a louver. the house has an opening, like a gate, to shut out sunlight and allow more wind to pass through.

generally in japanese houses there is a ‘central pillar’ which supports the house, however in this circumstance the environmental aspect became the most important problem. the concrete louver provide privacy and gives the house its overall structure. 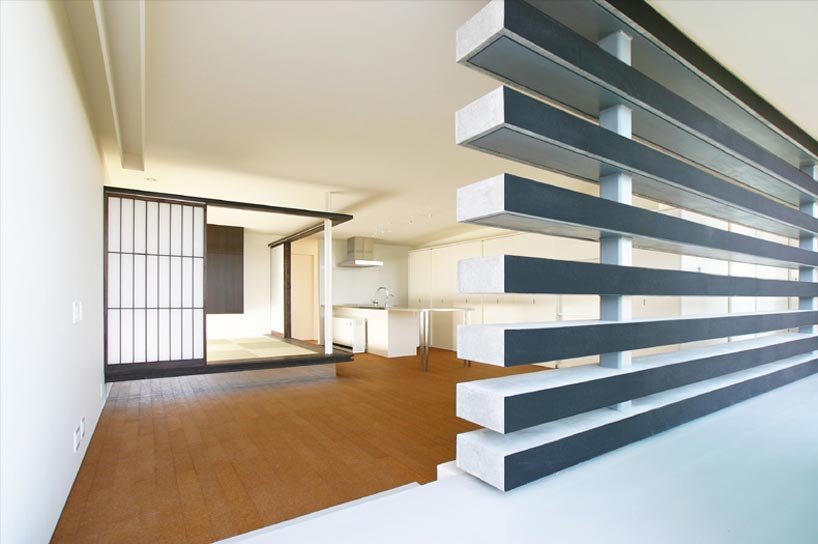 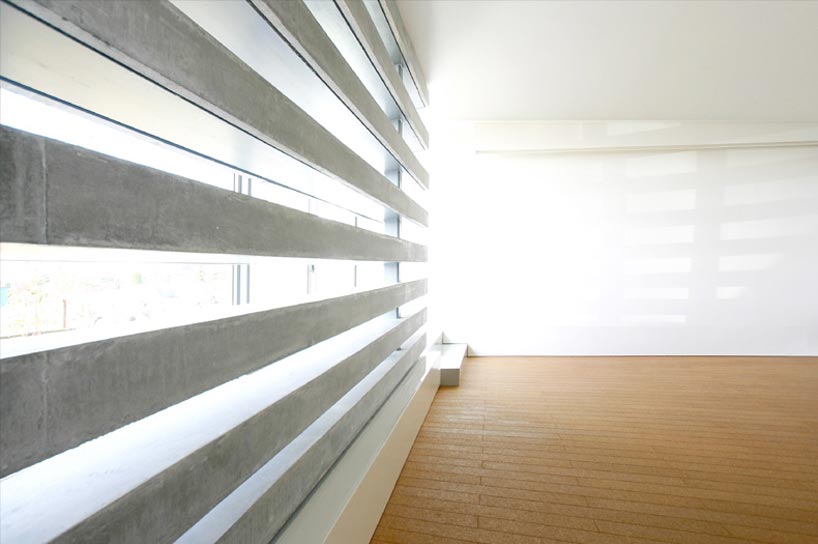 the concrete louver admit light and air into the house 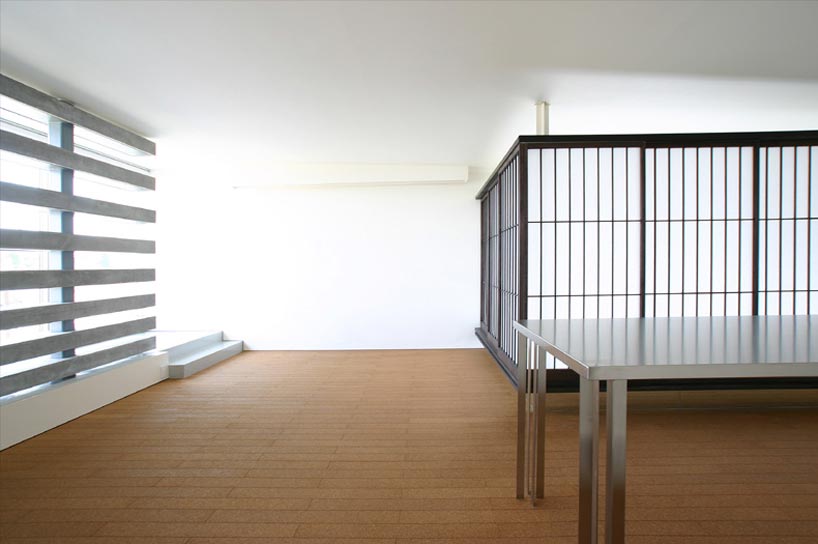 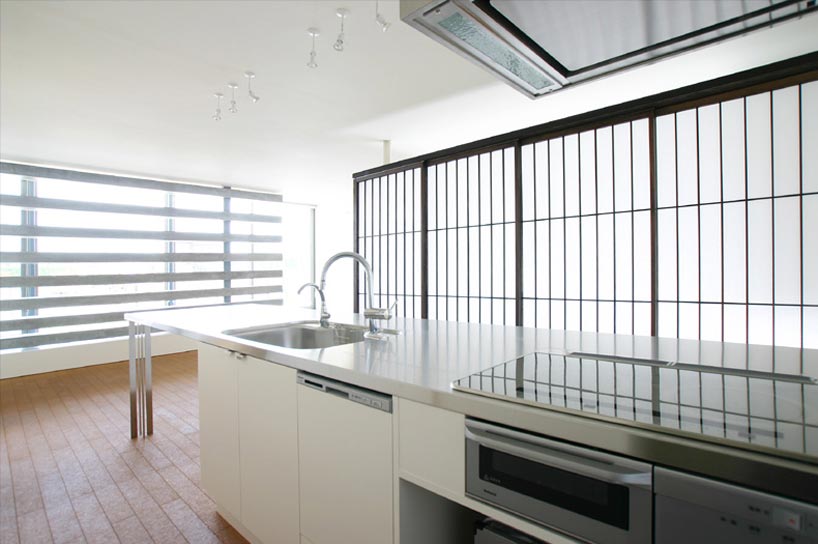 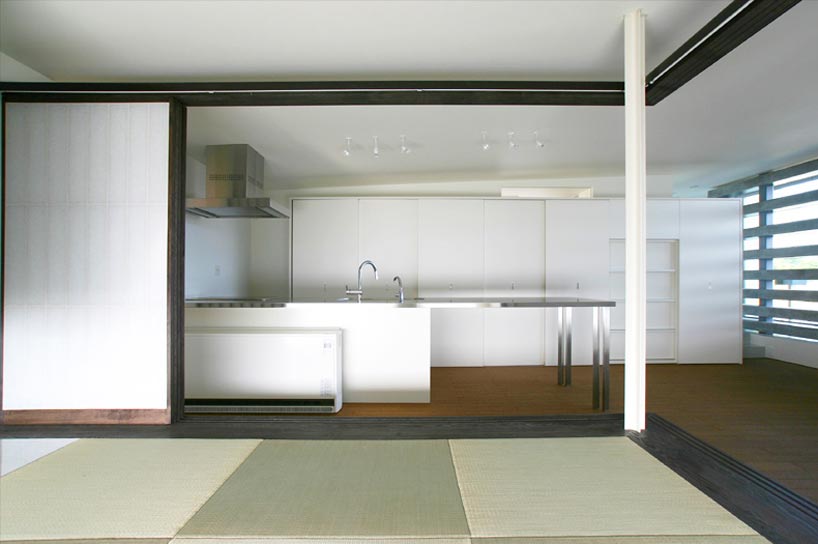 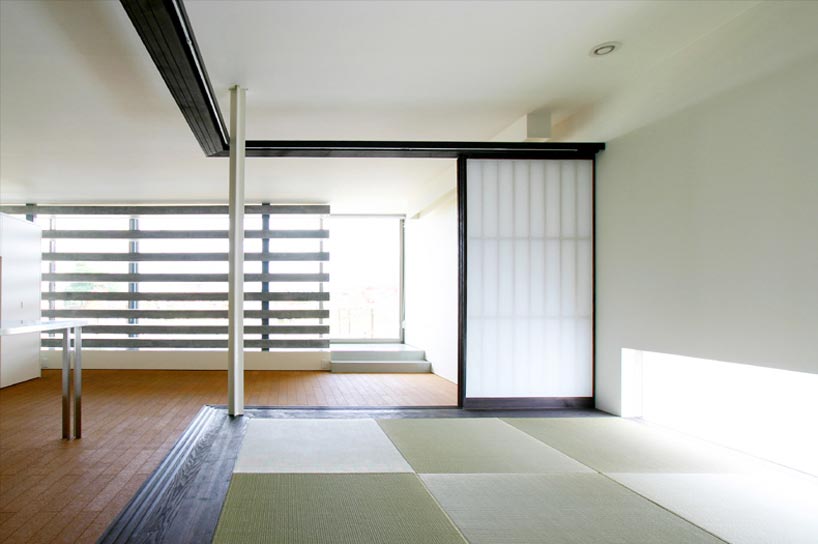 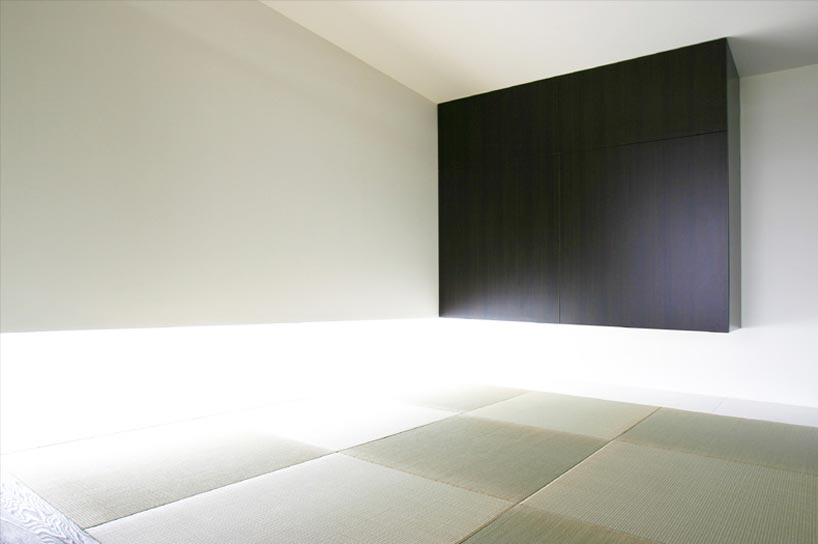 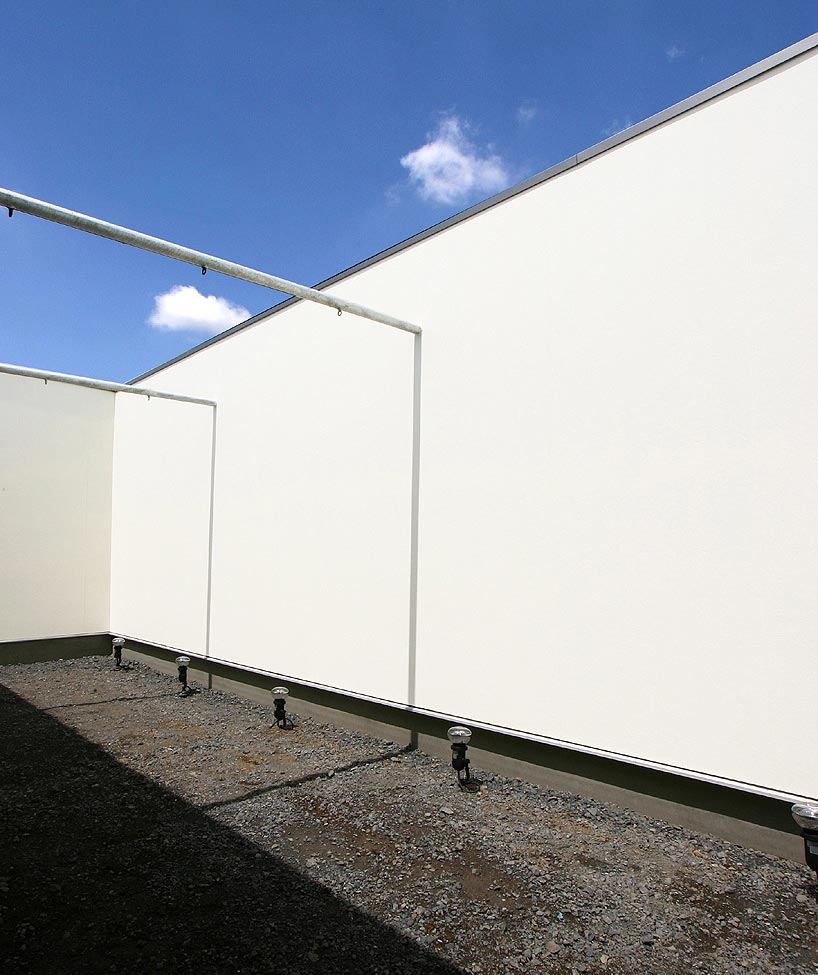 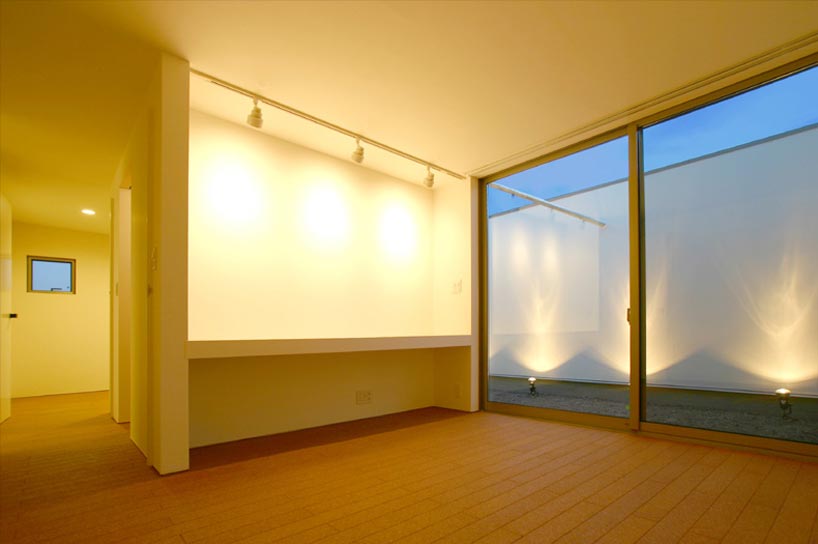 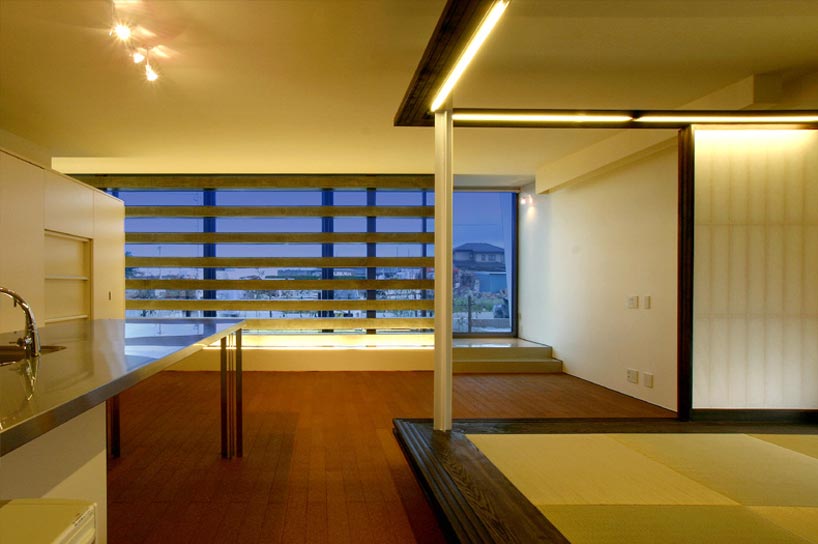 interior of the house by night 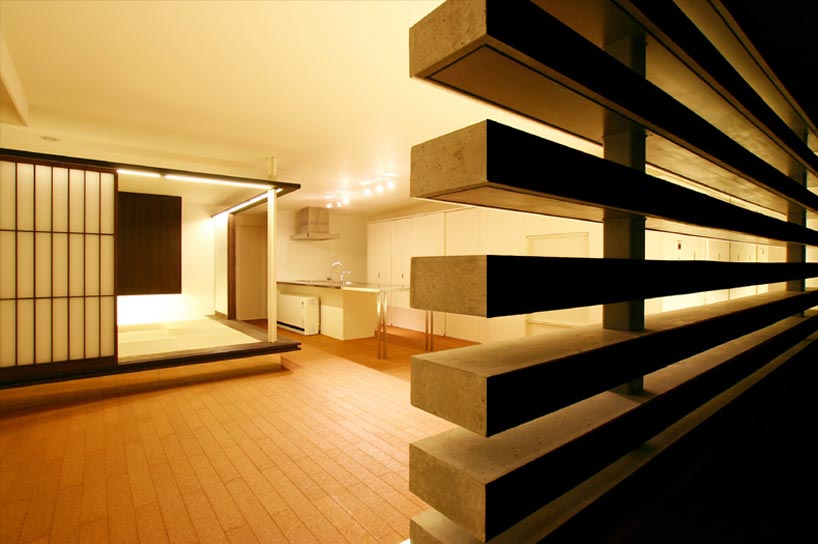 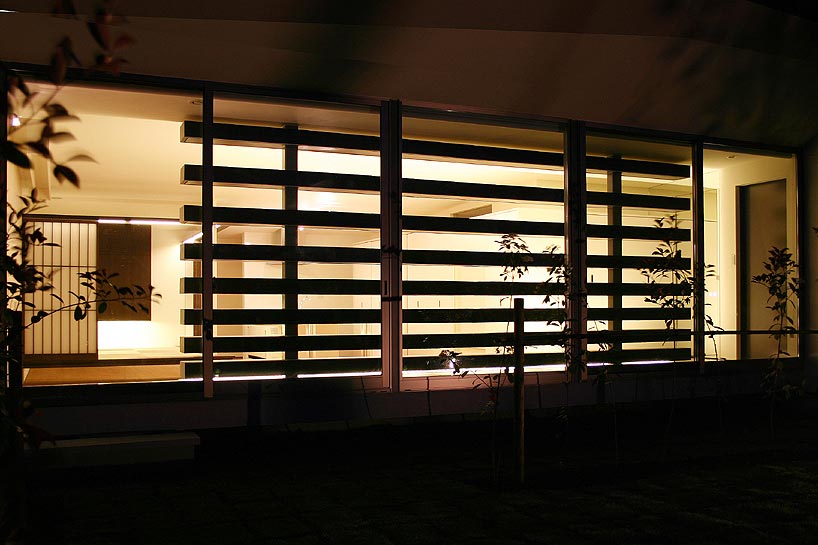 view from the exterior looking into the interior 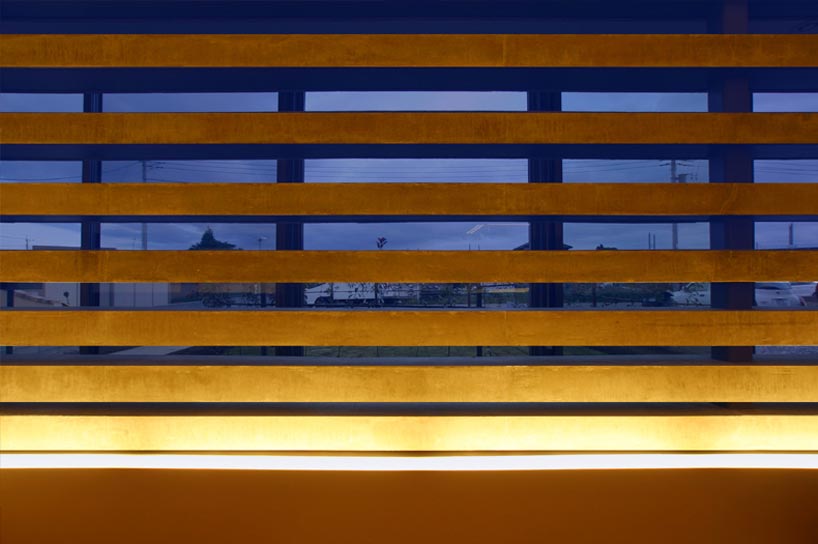 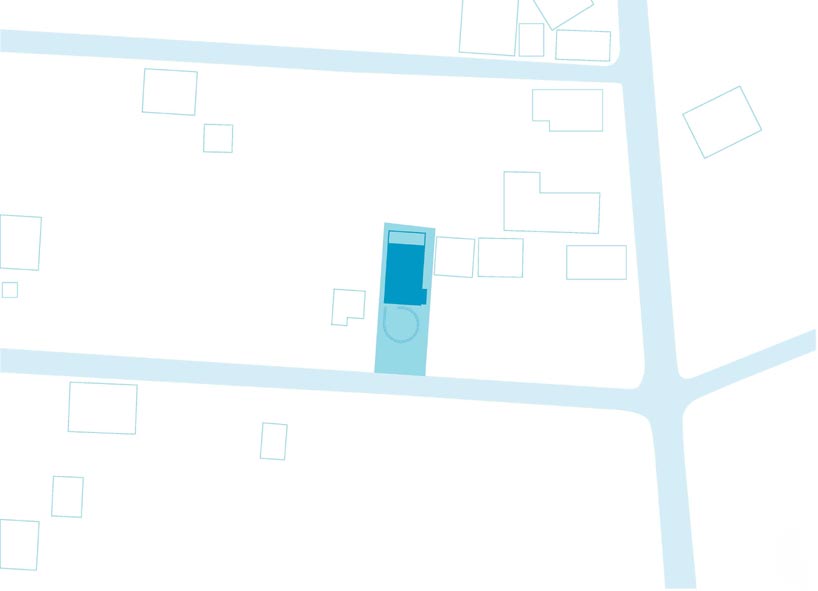 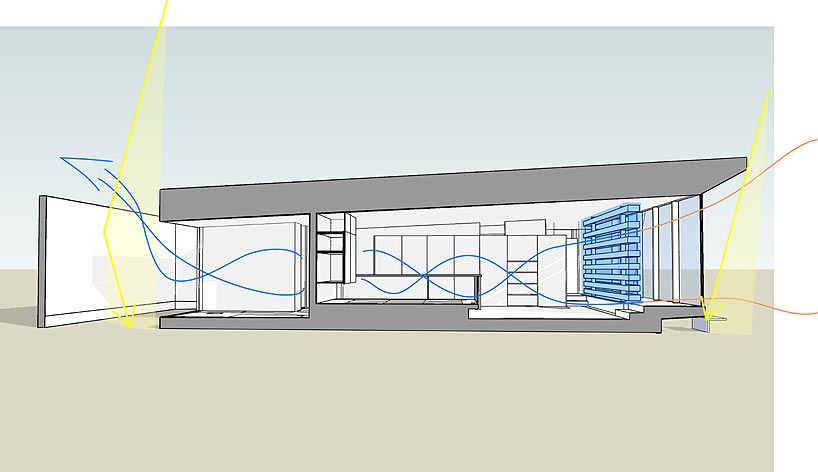 cross flow of air in the summer

cross flow of air in the winter 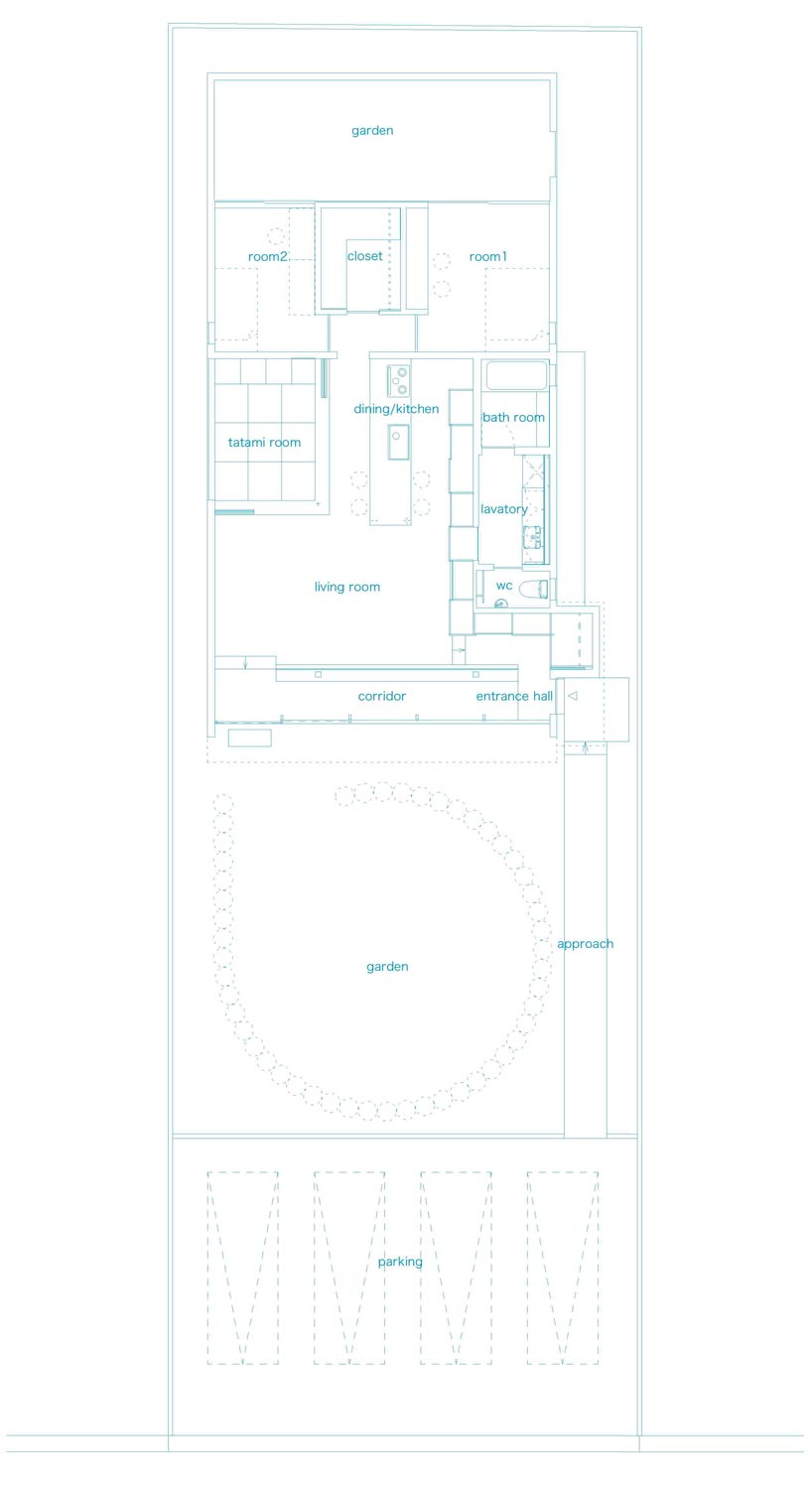 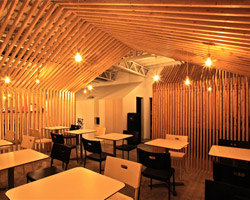 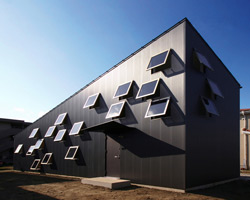 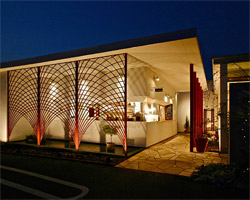 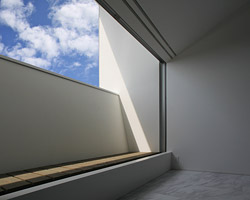 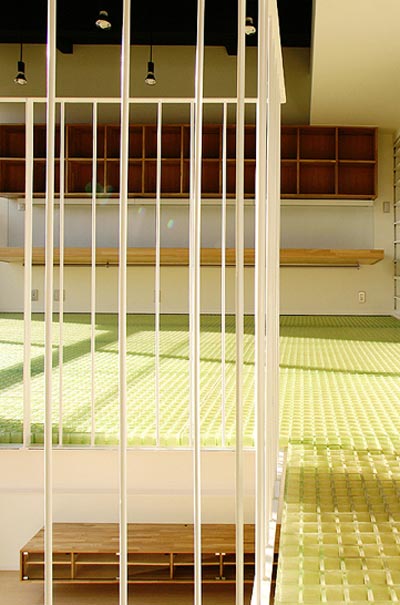