a few months ago, the world science festival, NASA’s jet propulsion lab, and ESA, asked studioKCA‘s jason klimoski and lesley chang to create an installation to celebrate the ‘rosetta mission’, a mission to land a spacecraft with the dimensions of a dishwasher, on a comet the size of central park, nearly 400 million miles away from earth. the result is a 1:1000 scale concept of the comet’s nucleus and ion tail, just as its cratered surface begins to heat up in the sun, and starts bursting apart. 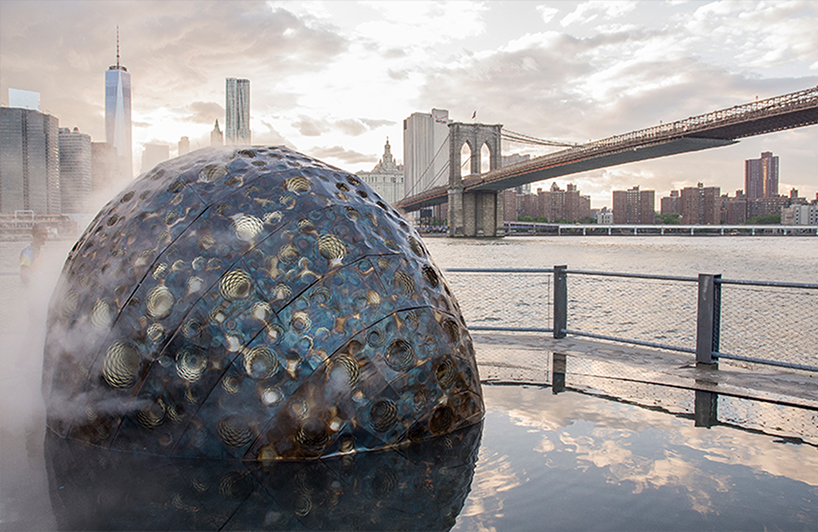 jason, lesley and their team built half of the nucleus out of 67 folded steel plates, blackened and ‘cratered’, using a water jet cutter, hammers and torches. they installed the metal half into a pool to create the other half of the nucleus in reflection (some scientists believe comets are mostly ice, and through a collision with earth millenniums ago, water arrived to our planet). they wired the inside with 600 watts of LED’s and ran nearly 100 feet of copper tubes and micro misters to create the comet’s ion tail. the light and mist, reflected in the water and pouring out of the steel surface, creates what they imagine the nucleus might look like as it heats up.

studioKCA’s comet first landed at new york’s brooklyn bridge park and has been traveling to different sites all over the world for the last year. as the mission comes to an end in december 2015, the comet plans on a final landing at NASA’s jet propulsion laboratory in pasadena, california. 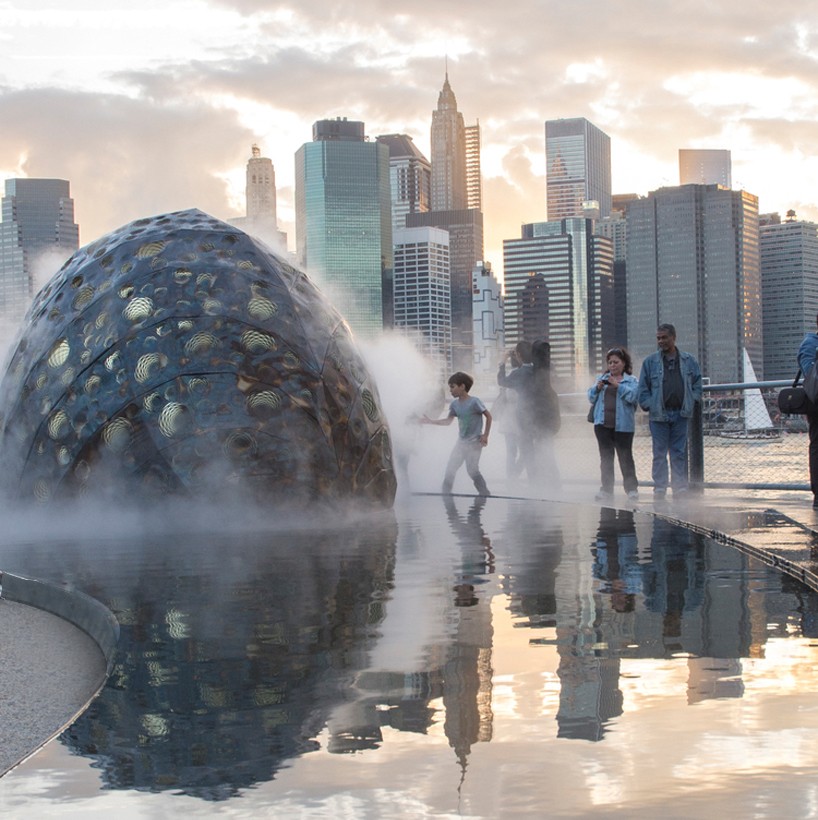 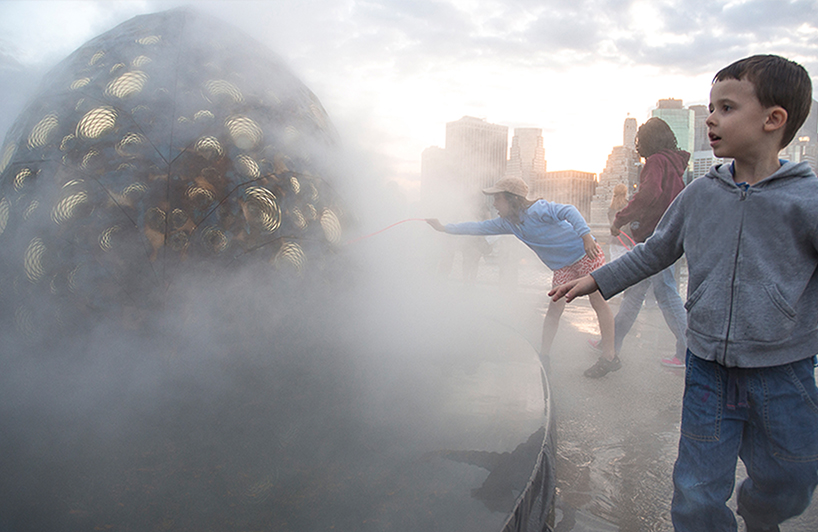 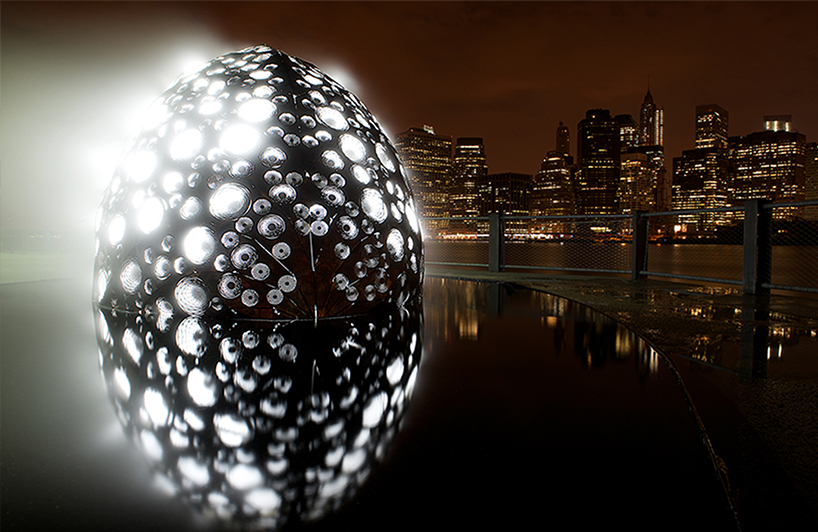 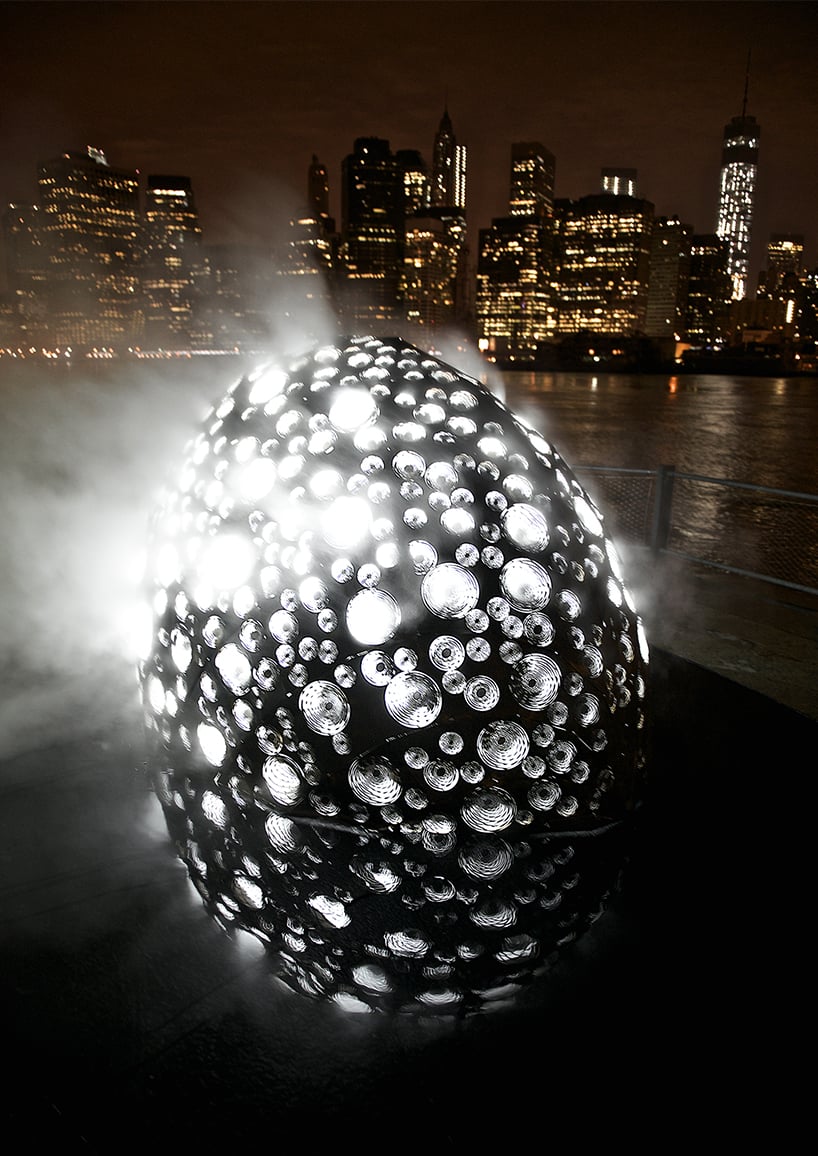 by placing the comet on water, half of it is created through reflection 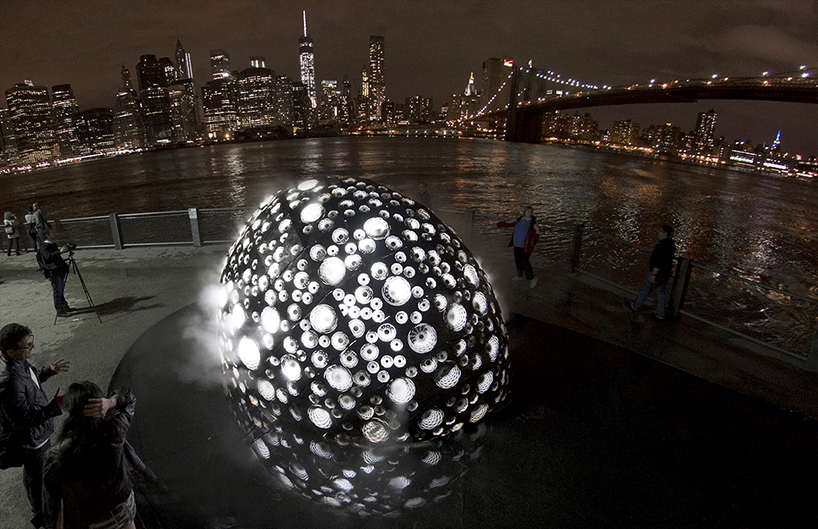 aerial shot of manhattan, brooklyn and the comet 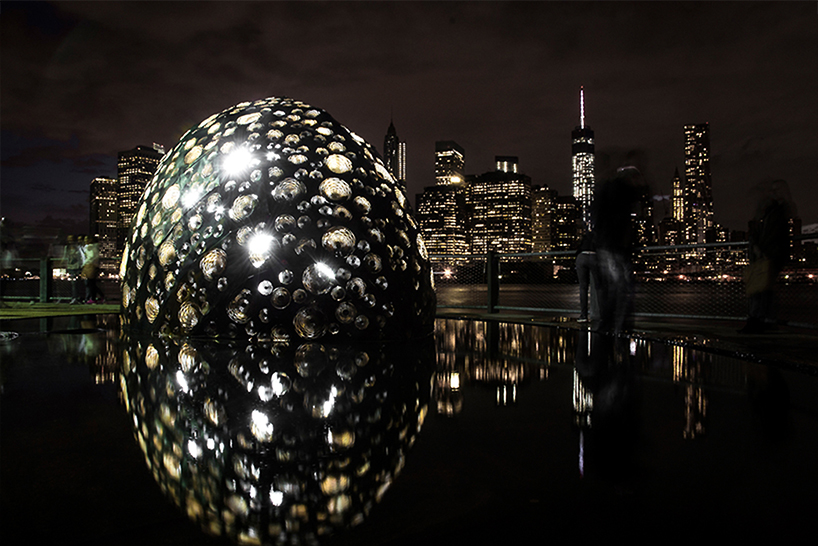 the comet complements the manhattan skyline 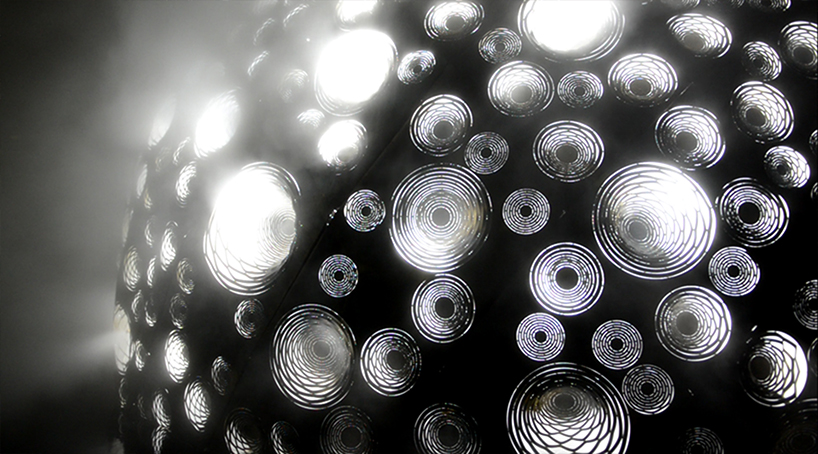 the LED lighting plus the mist recreate the rosetta mission 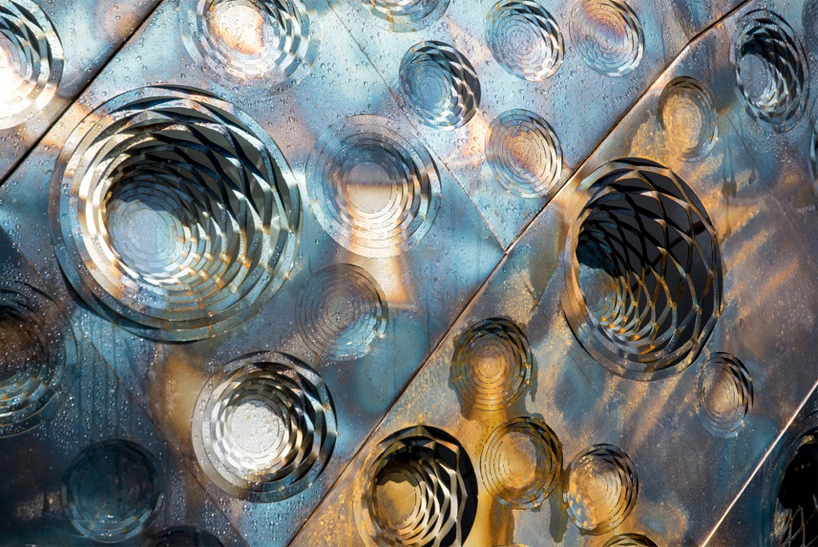 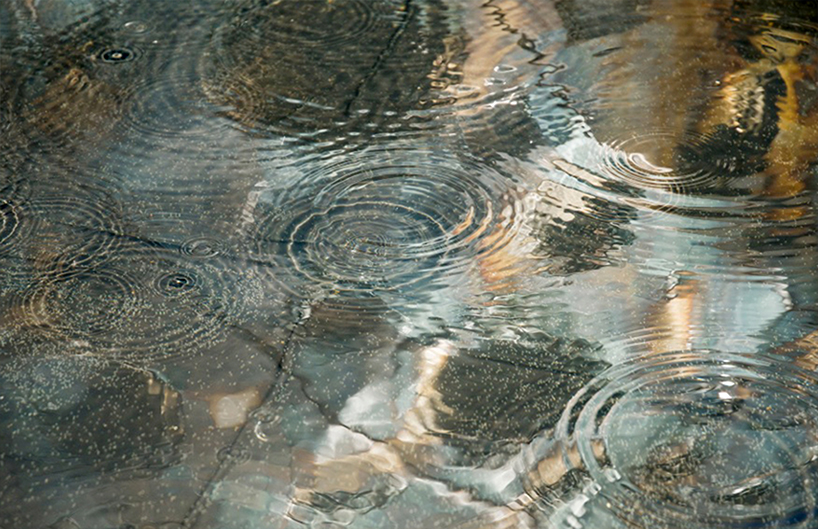 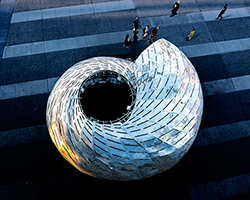 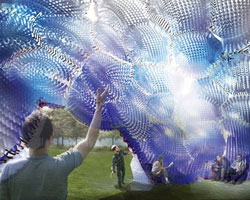 Jun 17, 2013
head in the clouds: a plastic bottle pavilion by studioKCA