during the last two years italian architectural firm studiomobile have been working in the united arab emirates, developing housing projects and infrastructure projects. most recently they developed their concept ‘seawater vertical farm’.

the seawater vertical farm uses seawater to cool and humidify greenhouses and to convert sufficient humidity back in to fresh water to irrigate the crops. the project has been presented in dubai where there is an absence of fresh water and local cultivations, a problem of urban transport and a high soil value, making this concept a feasible one. 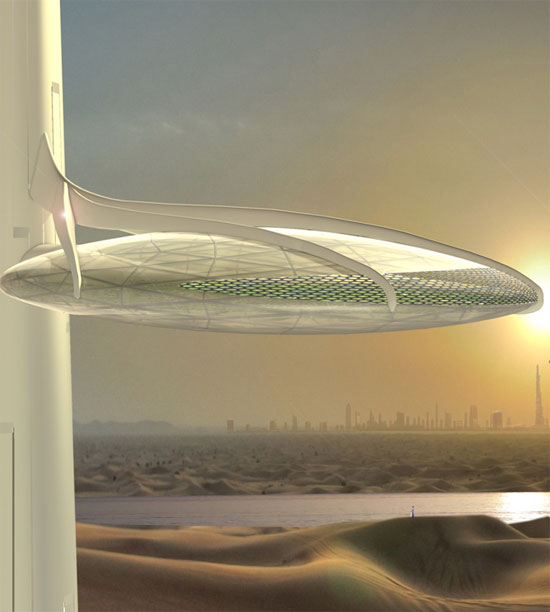 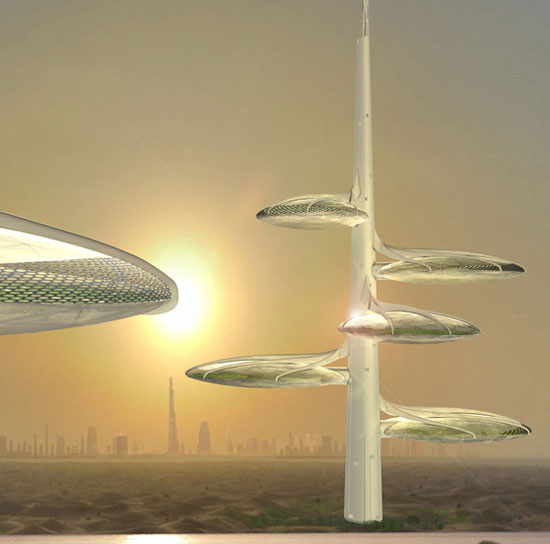 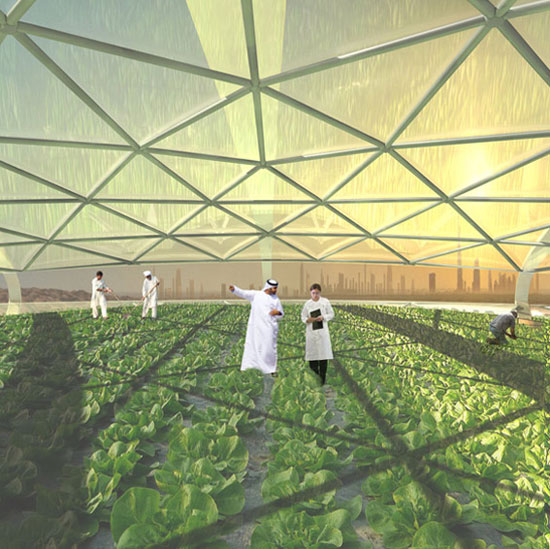 how the concept works:

phase 01 the air going into the greenhouse is first cooled and humidified by seawater, which is trickled over the first evaporator. this provides a fresh and humid climate for the crops that in these conditions need very little water as they are not stressed by excessive transpiration.

phase 02 as the air leaves the growing area it passes through the second evaporator which has seawater flowing over it. during this phase the humid air mix with the warm dry air of the ceiling interspace. thus the air is made much hotter and more humid.

phase 03 the warm air is forced to flow upward by the stack effect that is temperature induced. in the central chimney the warm and humid air will condense when in contact with plastic tubes where cool sea water is pumped. in the surface of the condenser many drops of fresh water will appear, ready to be recollected in a tank to water the crops and for other uses. 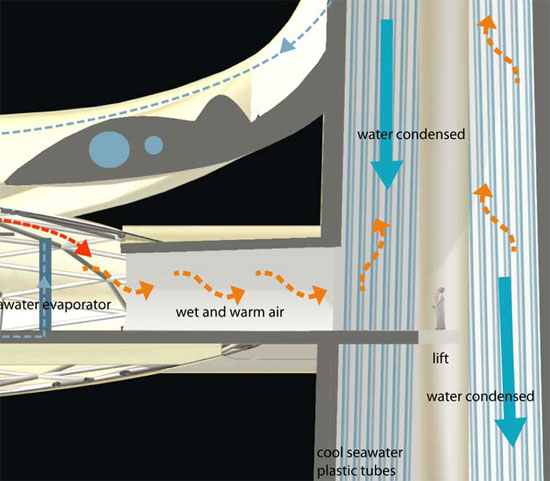 Sep 15, 2021
al borde builds a 'garden house' in ecuador with live trees and rammed earth
the columns themselves are live lechero trees while the enclosure is built of rammed earth.
architecture
190 shares
connections: +2320

Sep 14, 2021
interview: DECA discusses its landscapes and underground architecture in greece
designboom speaks with DECA architecture to learn more about its many works that are sensitively carved into the coastline of greece.
architecture
247 shares
connections: +460