contributing to the major huangpu riverfront urban transformation in central shanghai, PES-architects has designed a submarine museum which is expected to bring new vitality to the area. the structure takes shape as a mirror-clad bridge that hovers over the maritime dock and a relocated submarine, while the complex is completed with cultural facilities, public parks, and recreational sites set around a long green pedestrian passage. the proposal, which has received the 1st prize in the international submarine museum design competition, seeks to preserve the industrial character of the harbor, while generating a subtle yet distinctive landmark that honors the heritage of the site. 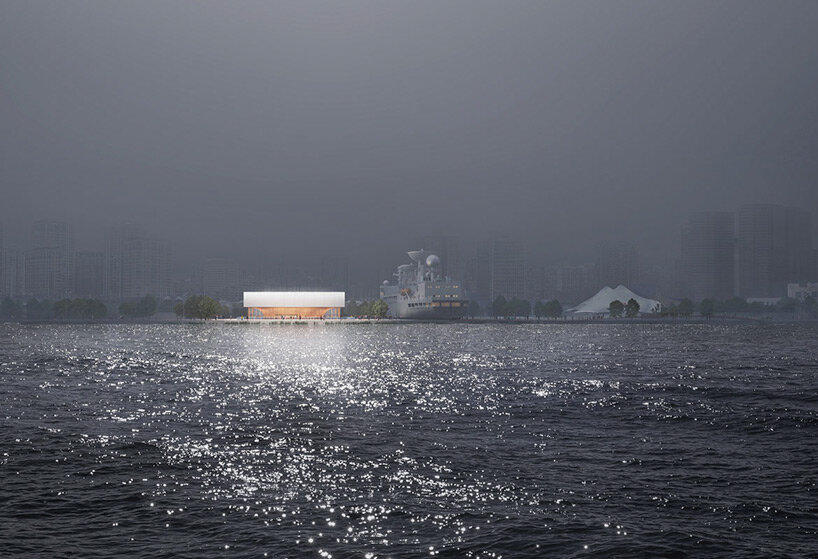 all images courtesy of PES-architects

PES-architects’ design takes advantage of the pre-existing historic industrial spaces and repurposes them for new uses while preserving the character of the region. the museum takes shape as a bridge placed on top of an old relocated submarine and across the dock pool, allowing for uninterrupted circulation across the site while leaving most of the jetty intact. the building starts off as a low volume which grows upwards as the museum programs expand. meanwhile, a monumental staircase links the dock floor to the riverfront green zone and a rooftop viewing deck finalizes the sculptural yet highly functional museum. beneath this viewing platform, the restaurant occupies a prime position, allowing direct access from the park and pedestrian passages and providing panoramic views towards the river. 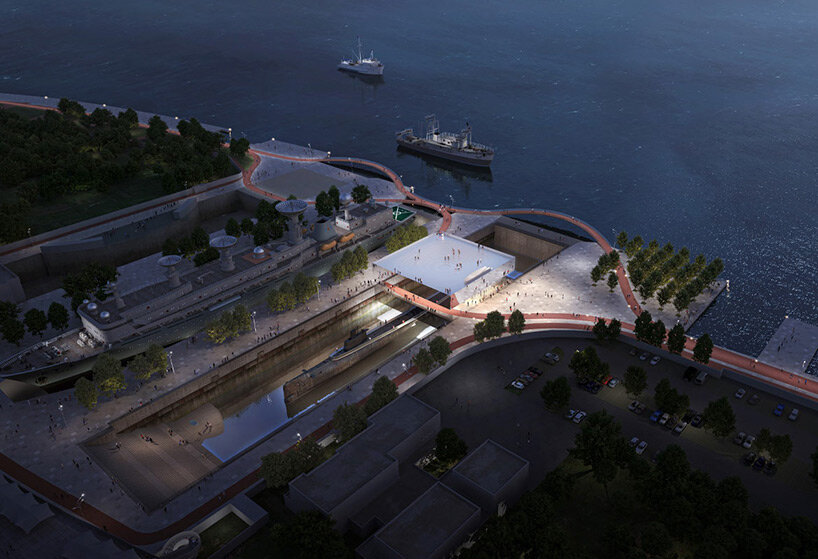 the structure’s reflective mirror helps it become one with its surroundings, while making it stand out at the same time. glass, steel and wood complete the materiality of the museum, forming an elegant contrast to the rough textures of the museum dock. the floor of the dock has an undulating topography that can be filled with water, changing the outlook and function of the area. as the water level rises, the landscape forms shallow pools for children to play in and creates a narrow path towards the underside of the museum. at the highest level, the water also allows separation of the exhibition areas below the museum from the public park. 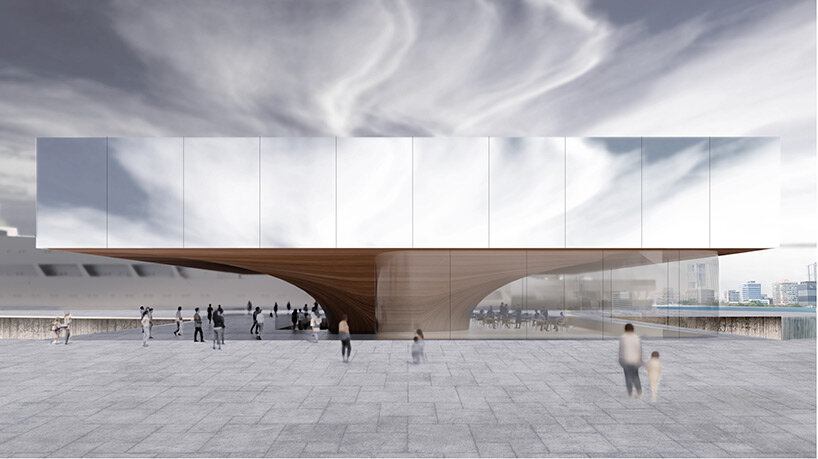 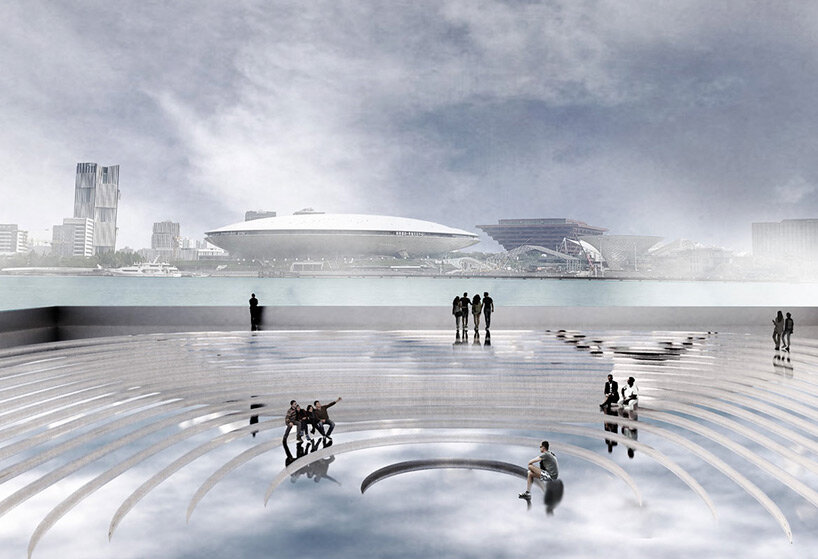 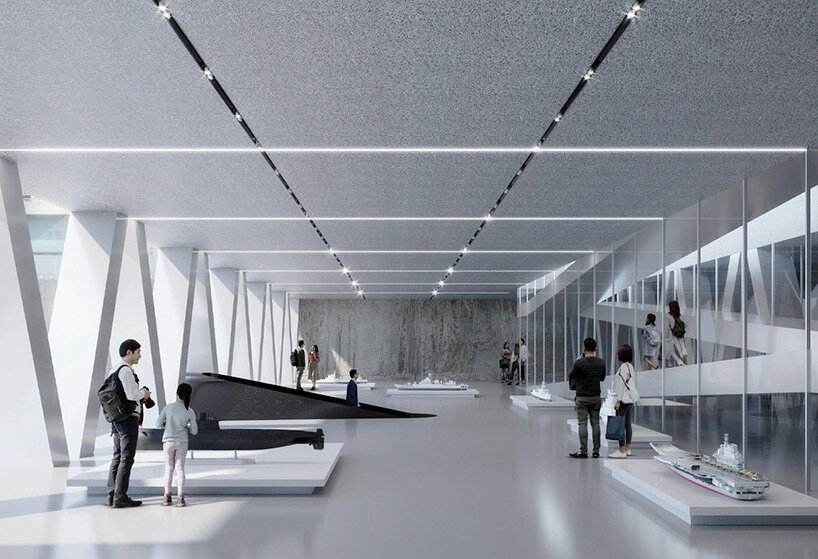 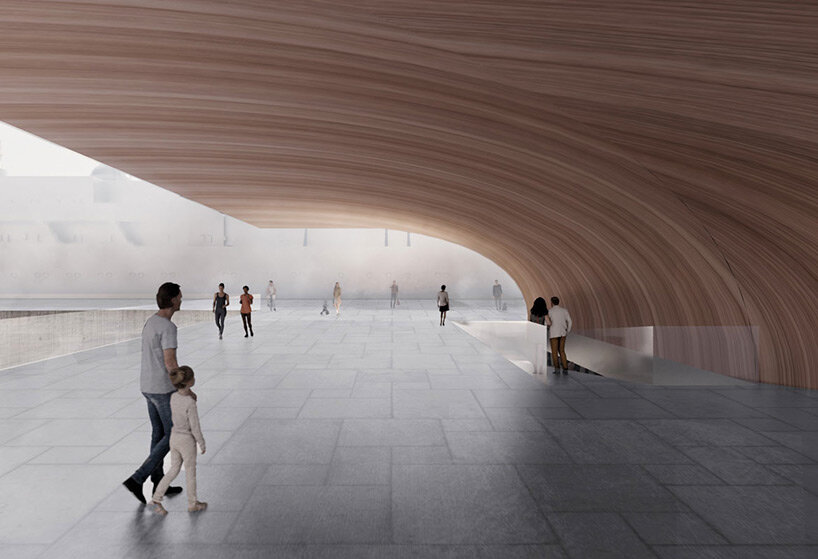 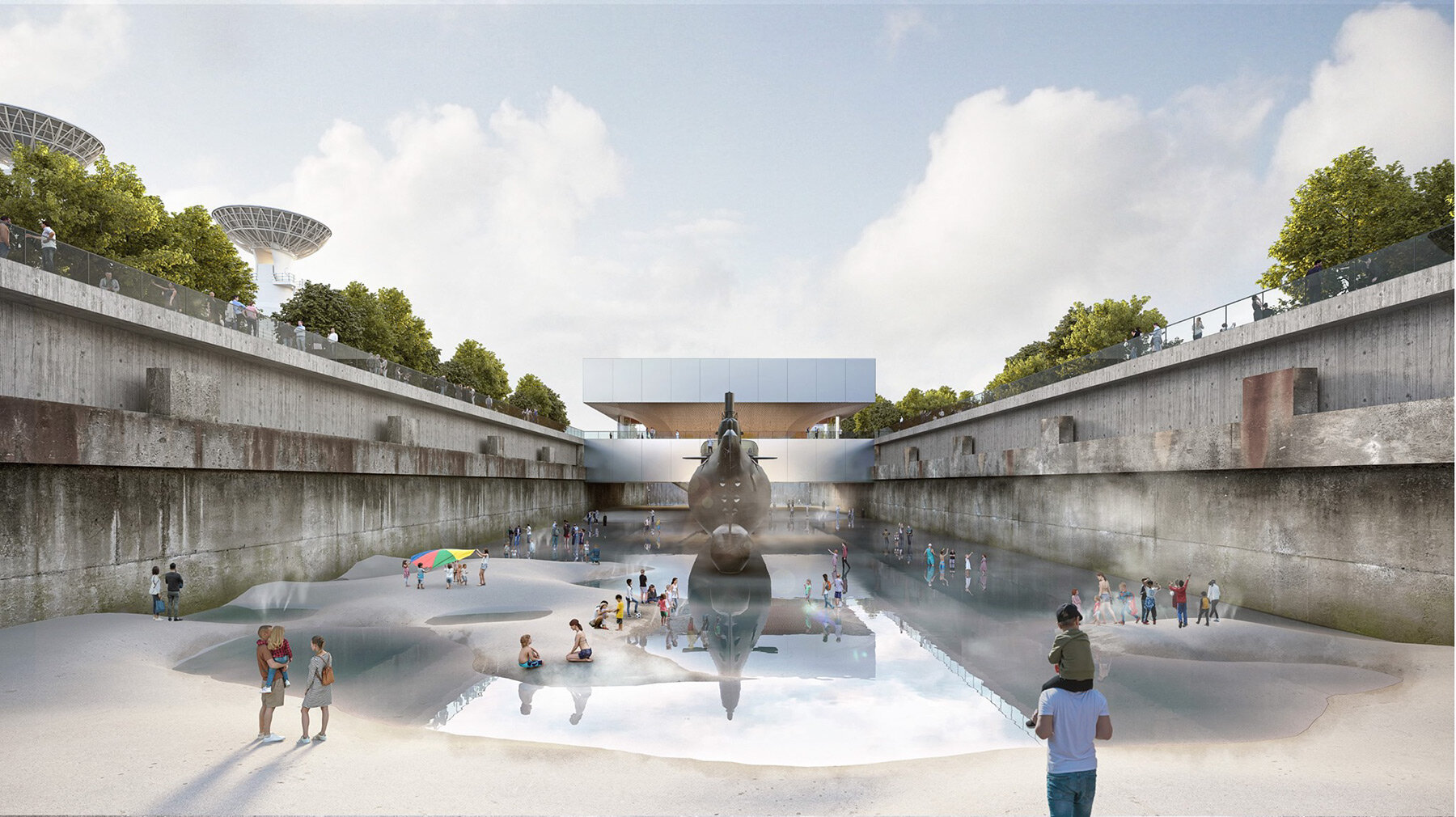 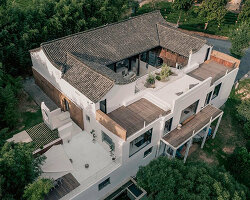 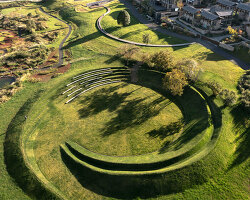 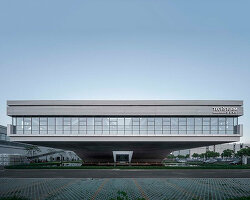