there is no doubt that finland is enjoying an architectural revival. almost 40 years after the death of alvar aalto, the grandfather of finnish design, a new generation of architects is emerging, establishing a notable portfolio of work both in finland and abroad. at this year’s frankfurt book fair, suomi seven – an exhibition at the city’s deutsches architekturmuseum – introduces a full line-up of native architectural talent born during the 1970s and 1980s. 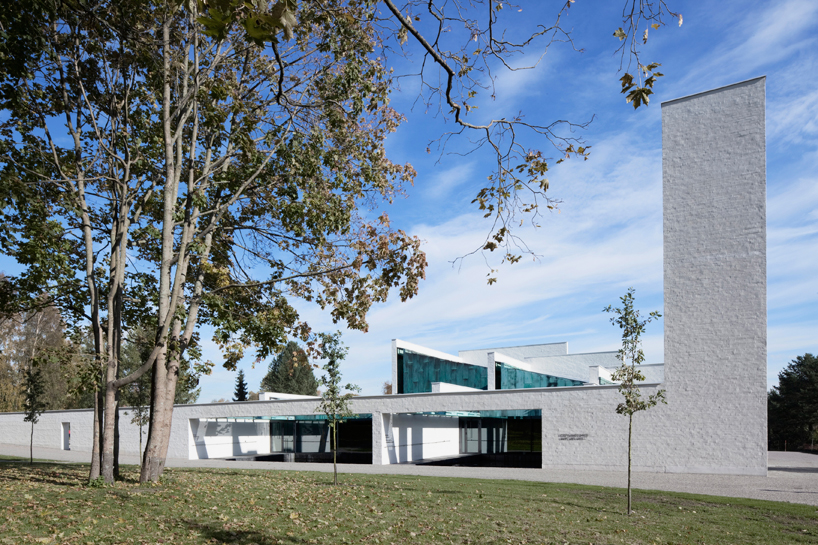 in the wake of aalto’s passing, architecture in finland started on a downward spiral. this shift was partly due to postmodernism’s failed attempts to address underlying social issues, and partially as a consequence of poorly produced residential projects, constructed in a hasty effort to combat the era’s suburban housing boom.

ironically, current finnish architecture has also been impacted by rapidly expanding populations in the country’s larger cities, however, the results are evidently different. entirely new residential areas are being built, prompting the need not only for new housing, but also for schools, churches and other communal facilities, the majority of which adhere to high standards of detail and craftsmanship. 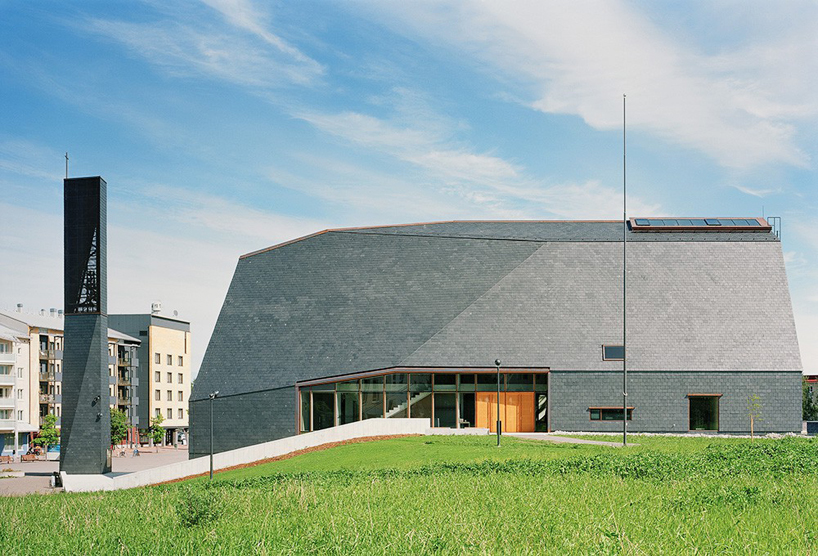 simultaneously, a strong wave of urban transformation is taking place, with many downtown areas being converted from ports and industrial precincts into residential areas with office buildings and commercial facilities. additionally, there is also the need to address the question of what to do with the large number of modernist buildings dating from the 1960s, many of which lack necessary funding or purpose and have fallen into disrepair. in a country where there are as many saunas as there are households, many young finnish designers expand their portfolios by working on small scale projects for family friends or relatives. holiday homes outside of the city centers also offer opportunities for emerging architects to develop an understanding of scale, material and workmanship in a practical, firsthand environment. 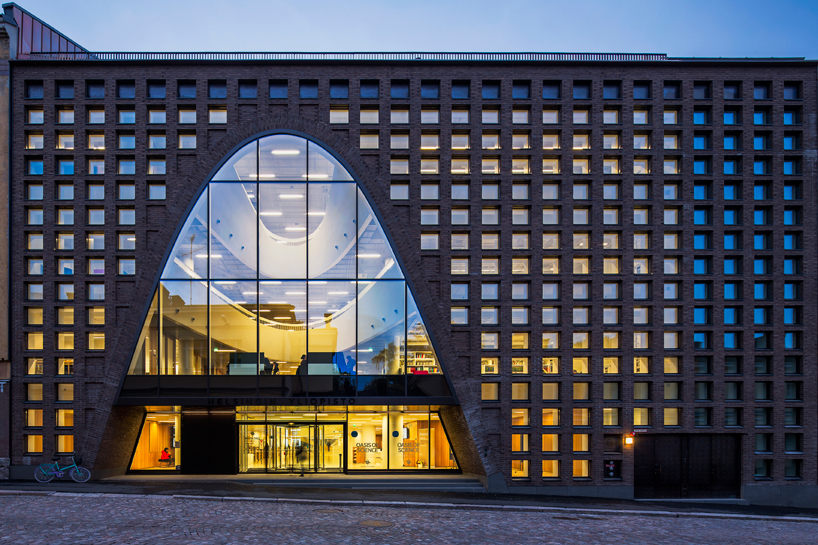 thanks to finland’s established tradition of open architectural competitions, many of the country’s emerging architects have already worked on major projects at a relatively early stage of their professional careers. this system encourages a hands-on approach to education, and enables young designers to work on a building’s development from start to finish.

consequently, it is not unusual for a group of young architects to set up their own office after winning a competition of this nature. one such practice is OOPEAA, a studio headed by anssi lassila whose work has been praised by, among others, renowned japanese architect kengo kuma. ‘kuokkala church’, completed by the firm in 2010, set a new standard for religious structures, not only through its elegant and restrained architectural qualities, but also through its integration of spirituality and community. 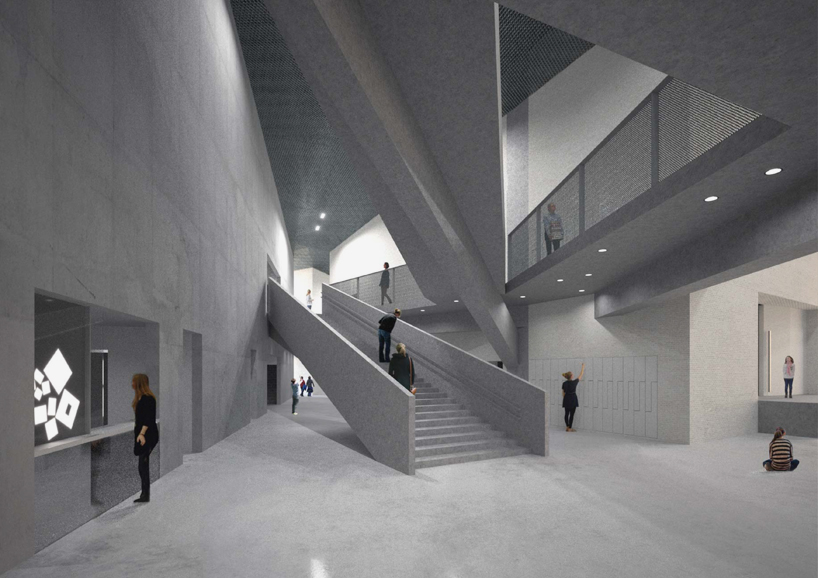 another of the chosen firms, anttinen oiva architects, was also represented in the nominations for the inaugural finlandia prize for architecture. appropriately, each of the award’s four entries represent an attention to high-quality civic design, with two libraries and two museums completing the shortlist. the winning project, designed by lahdelma & mahlamäki architects, was the museum of the history of polish jews in warsaw, indicating that there is a growing demand abroad for finnish architects, where there is a shared appreciation of bold, yet restrained forms and a sense of durable and lasting craftsmanship. in 2003 avanto architects, also a member of the suomi seven, won an open architectural competition to complete the funeral chapel of st. lawrence in vantaa, a city that lies within the helsinki metropolitan area. finalized in 2010, the building serves as a prime example of the finnish approach to design as a process, centered around the manipulation of materials, light, and spatial rhythm. the architecture sensitively expresses the journey from mortality to eternity, with inner courtyards that act as interstitial passages between the chapel and the adjacent cemetery. 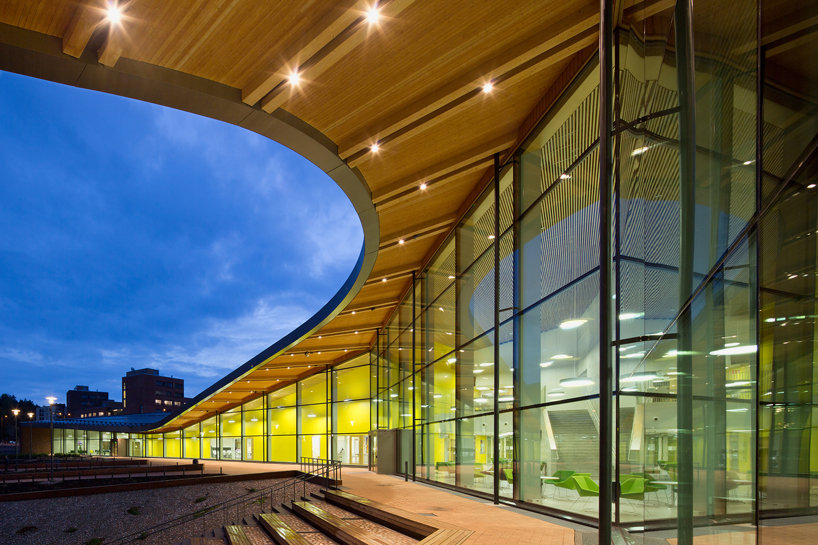 the suomi seven exhibition, which has been co-organized by the museum of finnish architecture and the architecture information centre finland, showcases a wide spectrum of projects from seven selected practices, including: ALA architects, anttinen oiva architects, avanto architects, esa ruskeepää architects, OOPEAA office for peripheral architecture, architects rudanko + kankkunen and verstas architects. 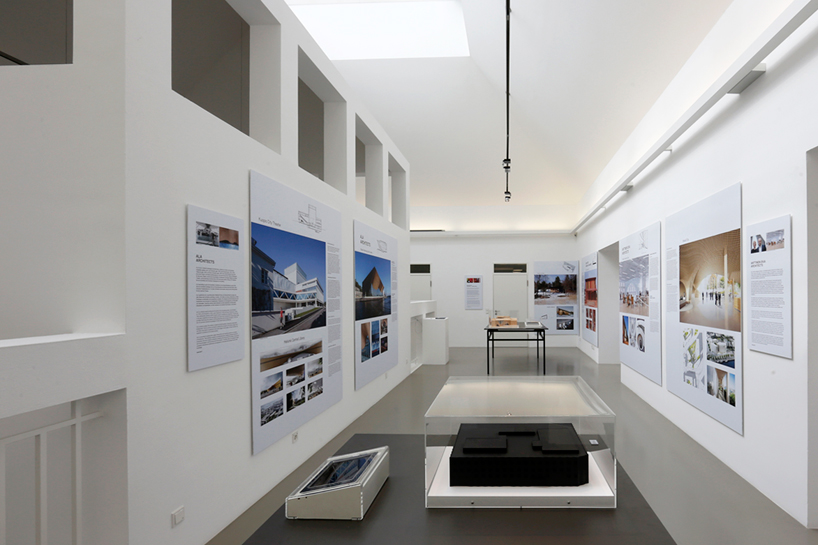 curated by the director of the museum of finnish architecture, juulia kauste, alongside the DAM‘s peter cachola schmal and anna scheuermann, the display demonstrates a diverse and extensive range of designs, from cultural edifices and churches to schools, saunas and residential builds. the exhibition remains open at frankfurt’s deutsches architekturmuseum until january 18th, 2015. 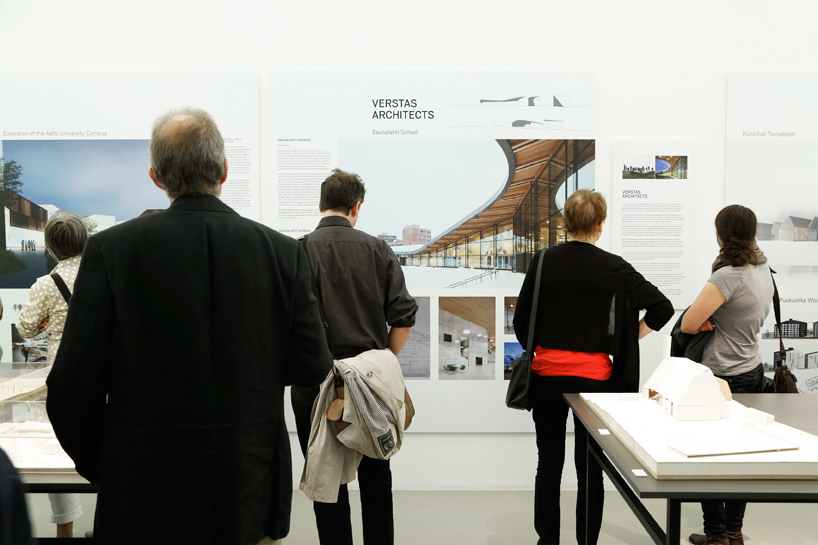