turkish architecture studio superspace has proposed a recreational and residential intervention for one of istanbul’s forgotton landmarks. built at the end of the 4th century by the roman emperor valens, the valens archway provided water to the city during the middle century and was of great importance to the roman and ottoman empires. 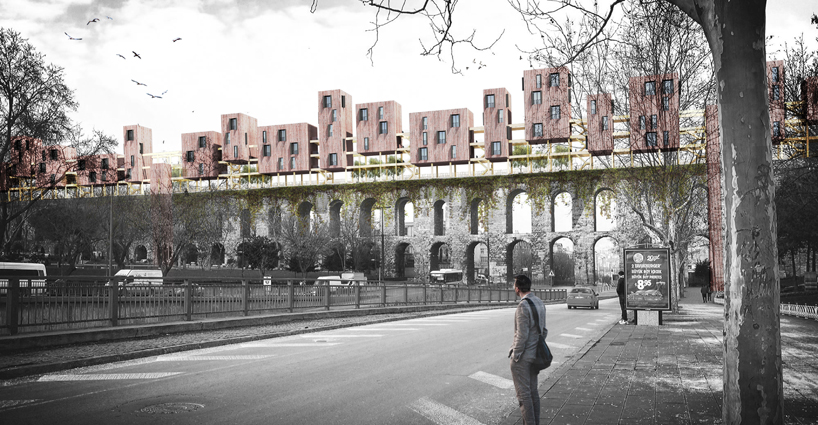 built at the end of the 4th century by the roman emperor valens, the valens archway provided water to the city

located in the busy district of fatih, the surviving section of the arches is 921 meters long and accommodates a central boulevard that aids in pedestrian traffic flow in the area. the vitality of the structure was lost after technological and infrastructural advancements meant the arches’ necessity to city life was removed. 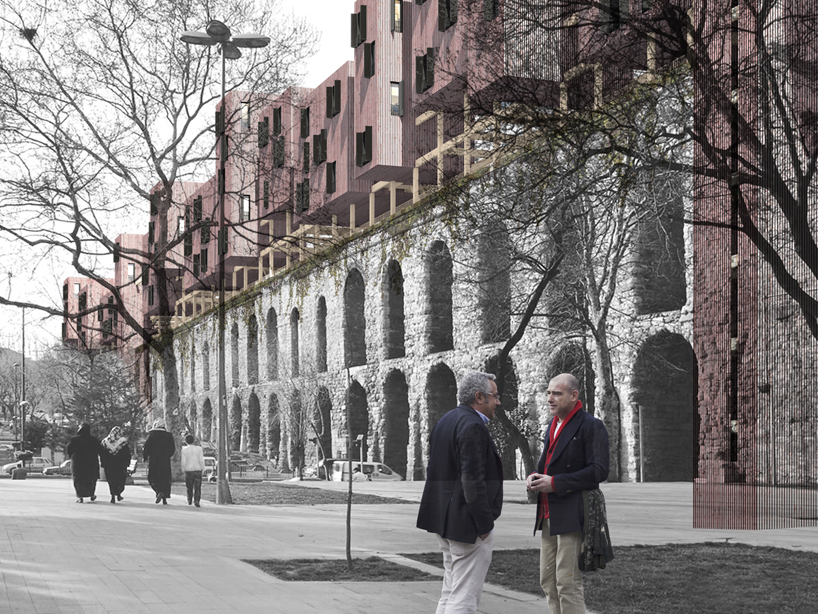 located in the busy district of fatih, the surviving section of the arches is 921 meters long

superspace’s concept for the rejuvenation of the landmark lies in constructing a vertical wooden grid located above the archways. referencing the opening of the arches themselves, this grid would serve as a linear underlay for wooden housing modules that would be suspended above the walkway. the elevation of these modules mimics the aesthetic appearance of the arches below, their raised nature creating a natural promenade that plays out over multiple levels. each volume is clad in a heat treated wooden façade, conversing with the stone of the arches in a dialogue of old and new, hard and soft, heavy and light. ‘the linearity of the archway is emphasized with the infinite effect of the gridal system’, explains the studio, ‘making it the ground zero which has the infinite possibilities for future correlations with the city. 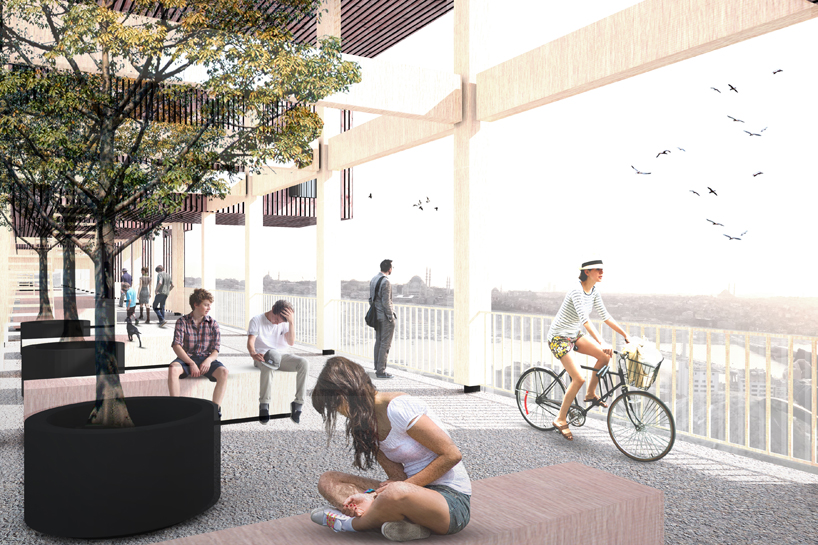 view of the promenade below 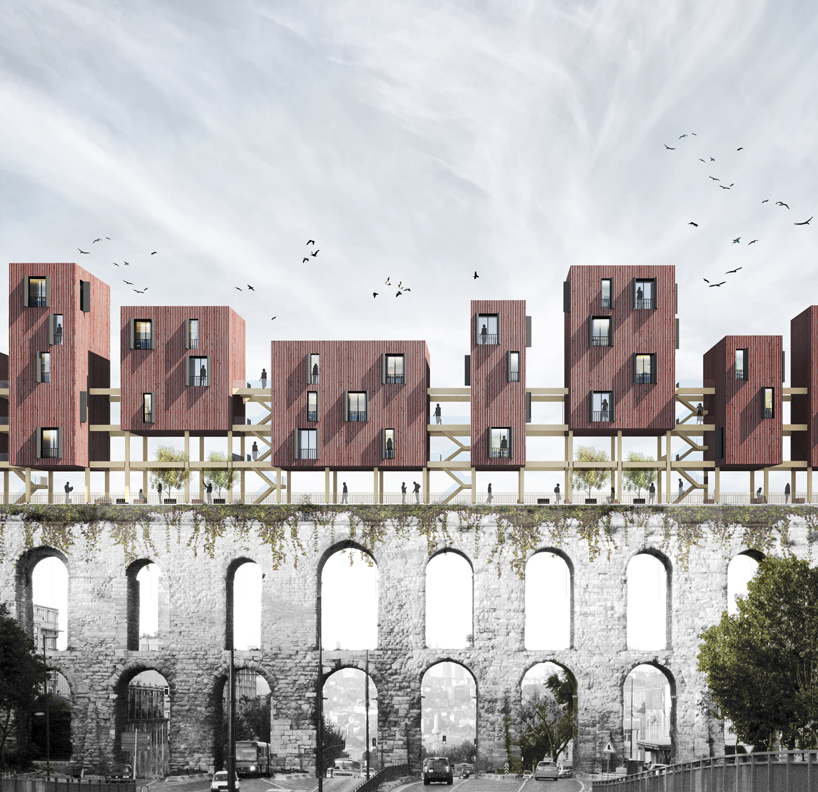 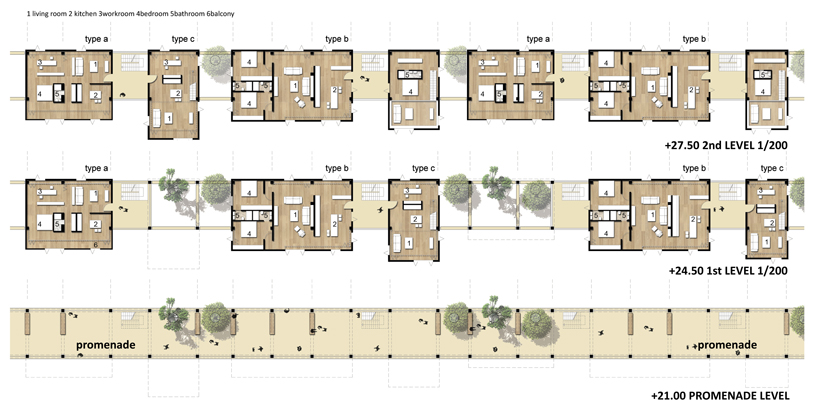