after a severe earthquake hit nepal in 2015, supertecture were invited by the PATRIZIA children foundation to design a school extension in the himalaya mountain village of dhoksan. using architecture as a tool to transform and empower society, the project also embraces a circular construction by using donated materials from the buildings that were left devastated after the earthquake. 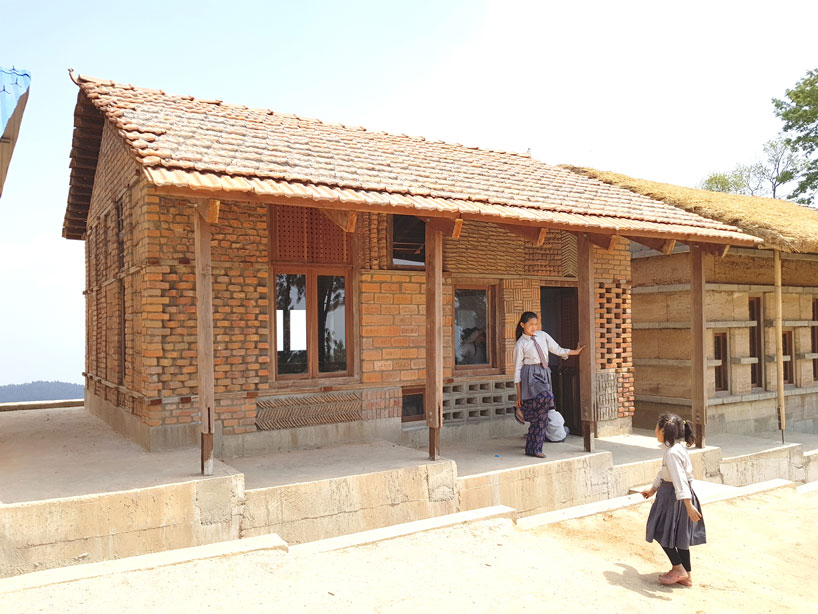 all images courtesy of supertecture

the project involved the construction of four new rooms: three classrooms and a multi-functional library. in order to display some of nepal’s unlimited possibilities for reused, recycled, regenerative and circular construction technologies supertecture decided to build each ‘classhouse’ from different, and often underestimated, materials. for the brickhouse, supertecture convinced hundreds of households to donate some of the bricks from their earthquake ruined homes. finally, they collected more than 14,000 bricks of 50 different types. for every individual type of brick they have designed a unique bonding – even the roof consists of two different tile types. 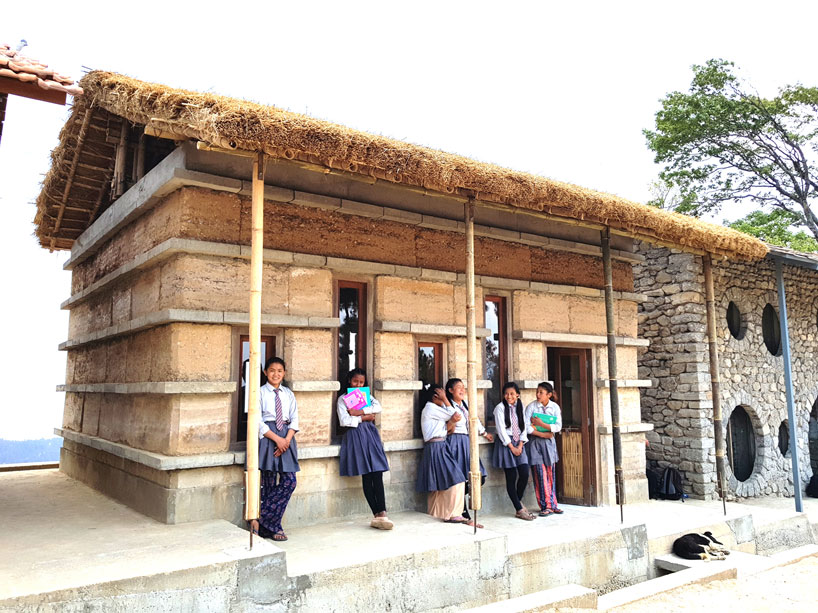 the second classroom is made from local rammed earth. since the people of dhoksan had not been very confident to use this free material, supertecture decided to build a house from five different layers, with mixtures ranging from very simple to rather sophisticated earth aggregates. first they mixed earth with a little bit of cement, later with straw, needles and even cow manure. the building’s roof is made of locally treated bamboo and is covered with straw. 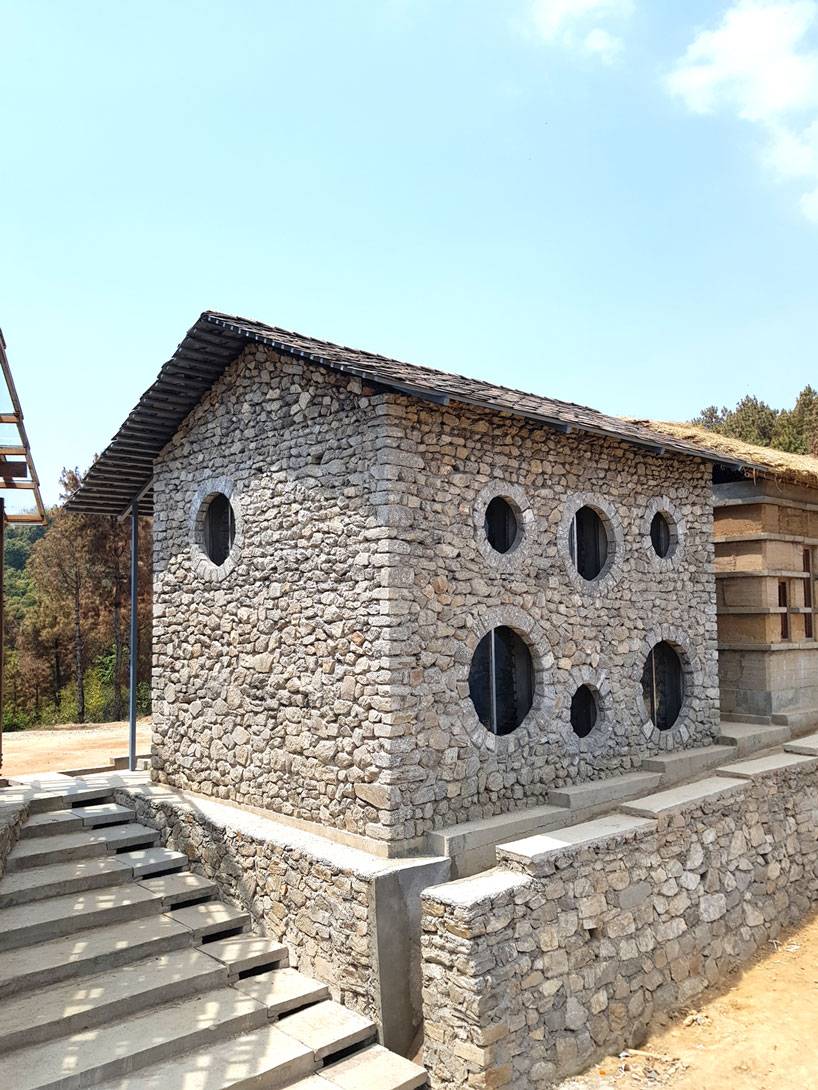 the traditional buildings in dhoksan were built from stone covered with stone slates. however, after many houses collapsed during the latest earthquake no one is rebuilding these traditional houses anymore. reinforced concrete skeleton structures are replacing traditional architecture and changing the landscape. by using these fallen stones again and by creating round stone windows, the team tried to make ‘rockhouses’ popular again. all the stone used to build this classroom was recycled from local buildings. 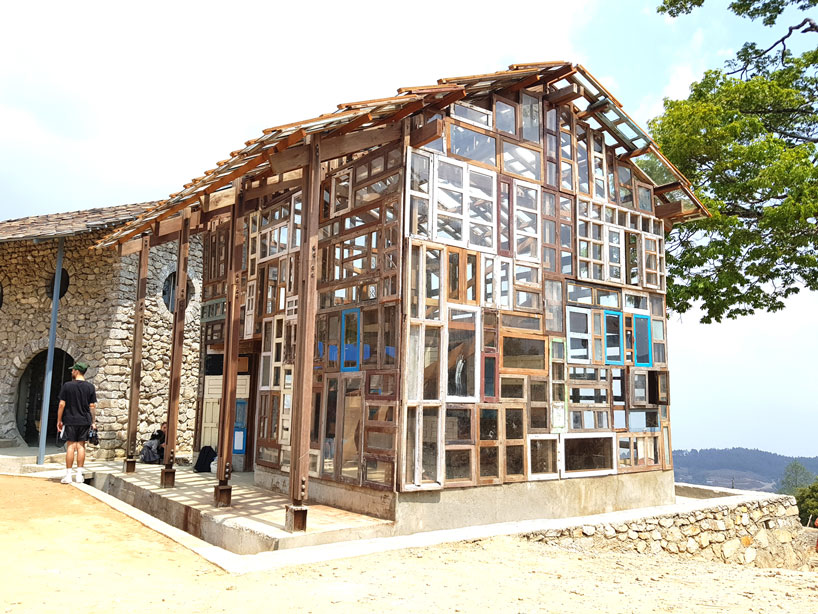 nepal’s latest earthquake destroyed more than 800,000 buildings. many of the incorporated windows have later been dumped. the architects managed to collect around 700 old windows and refurbish them. they became both the façades and roof of the multi-functional ‘windowhouse’. it features a library, a multipurpose room in the upper floor and a convenient students slide towards their homes. 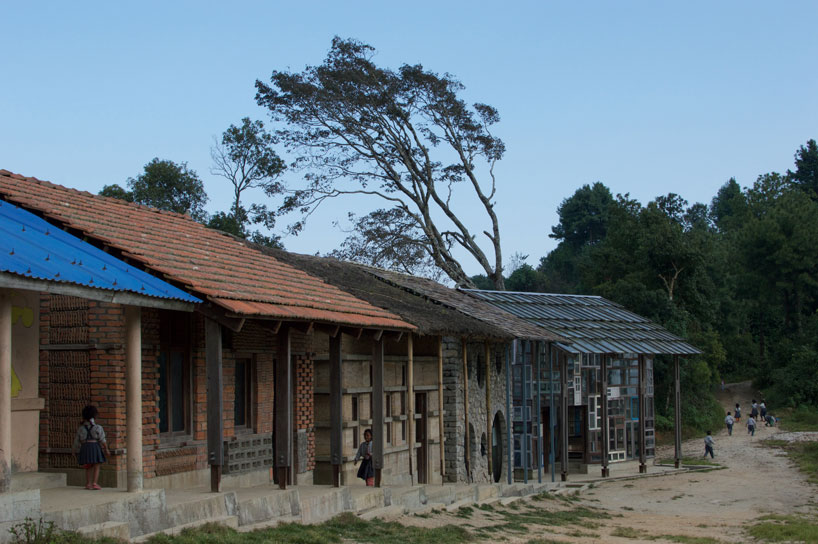 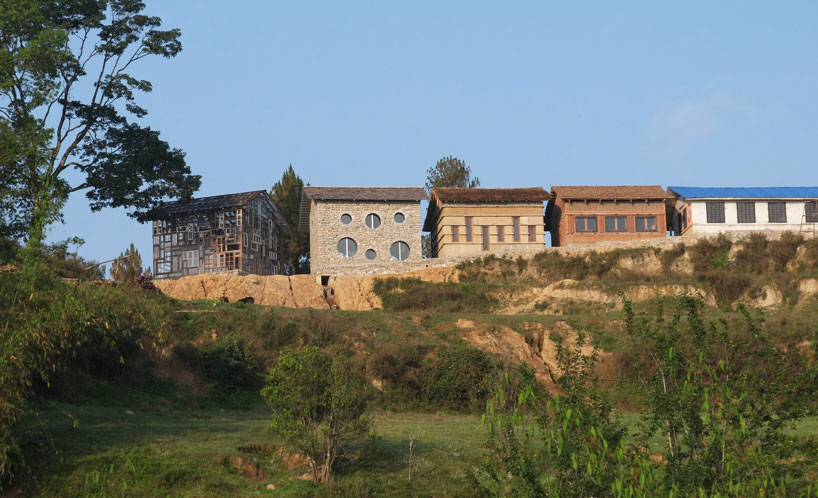 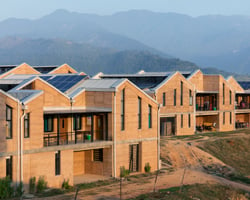 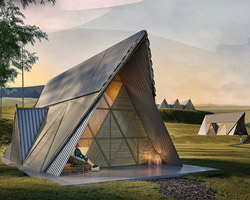 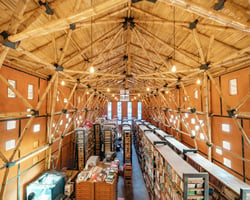 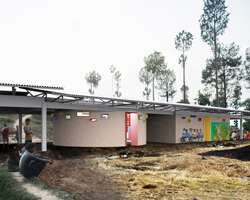 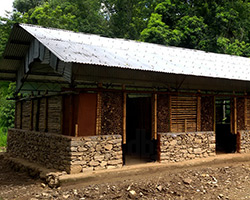 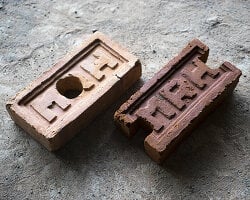 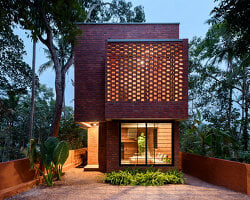 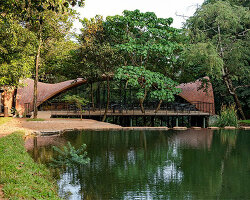 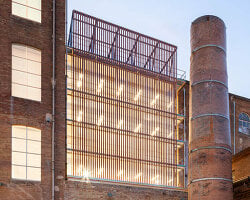 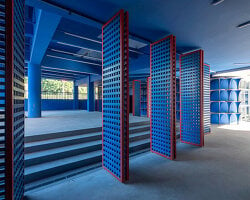 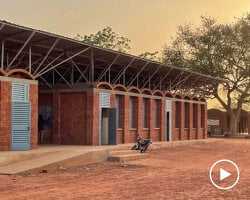