the ‘walk in cinema’ developed by turkey-based suyabatmaz demirel architects is located inside the SALT beyoglu building, a cul-de-sac attached to istiklal street, one of the most important pedestrian zones in istanbul. the open space is connected to the laneway via the ground floor of the structure. the institution’s aim was to transform the zone into a flexible volume accessible to any type of intervention. the alley concept enhances the dead-end situation offering infinite possibilities to change its function according to its users.

the materials used in the space match the elements in the forum area, which resemble the stone surface of the street. this enables the visitors to suddenly find themselves inside the cinema while walking inside the building’s ground floor. a slightly raised ramp at the end of the symposium lets guests drop by into a more concentrated zone. the impromptu sector allows users to sit or stand and come or leave with no obligation to the screening or performance taking place. 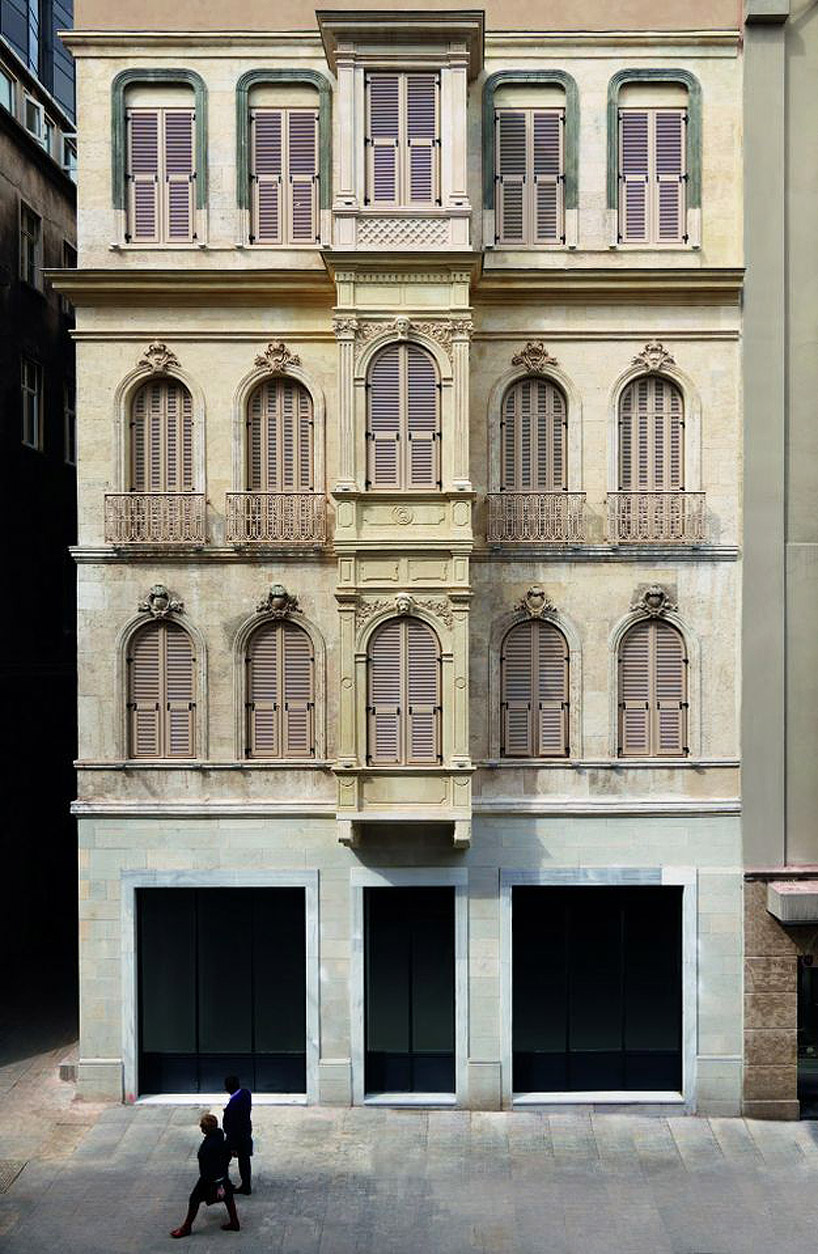 the seating units may move horizontally on rails allowing the whole space to suddenly become a street-scape with irregular arrangements rather than a rigid auditorium. with this transformation, a zone is defined once again and the movements of the users become visible. people entering or leaving the area become part of the performance just like an event occurring on a boulevard. sometimes the accommodations can become surfaces which may be leaned against while the ground becomes a theater. the endless combinations enable the guests to create their watching positions and their engagement with the show. 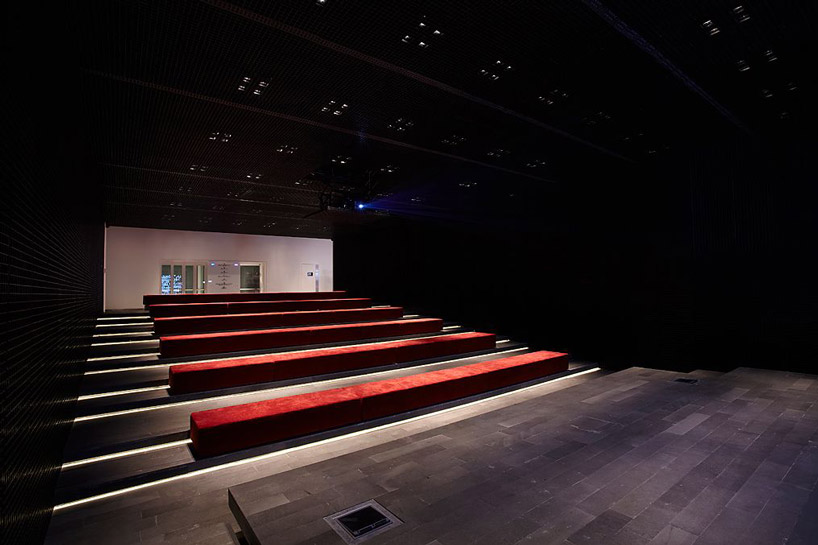 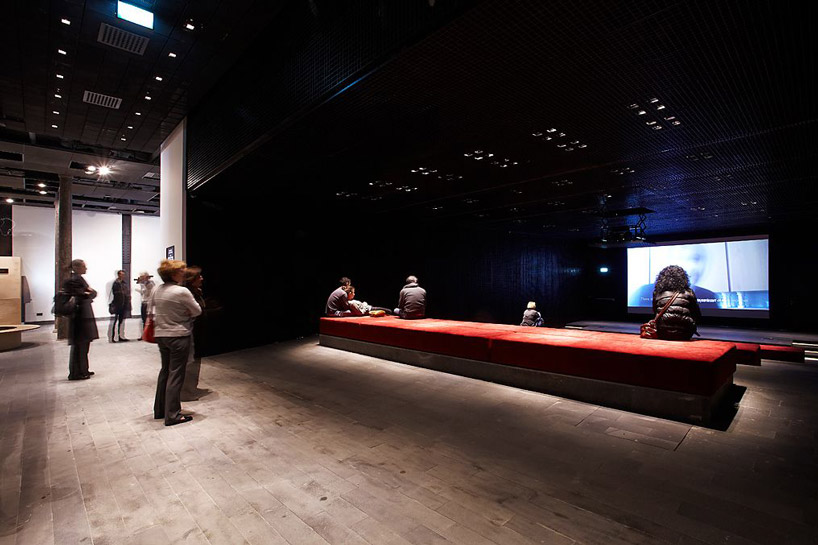 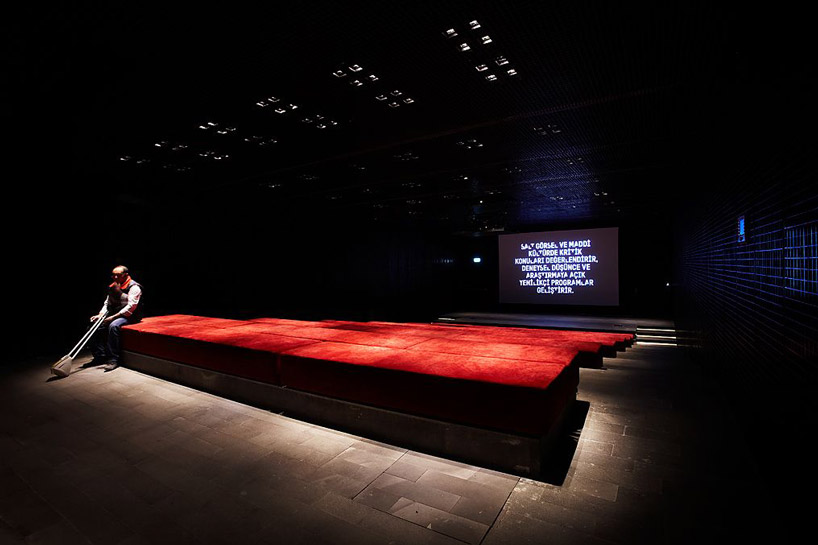 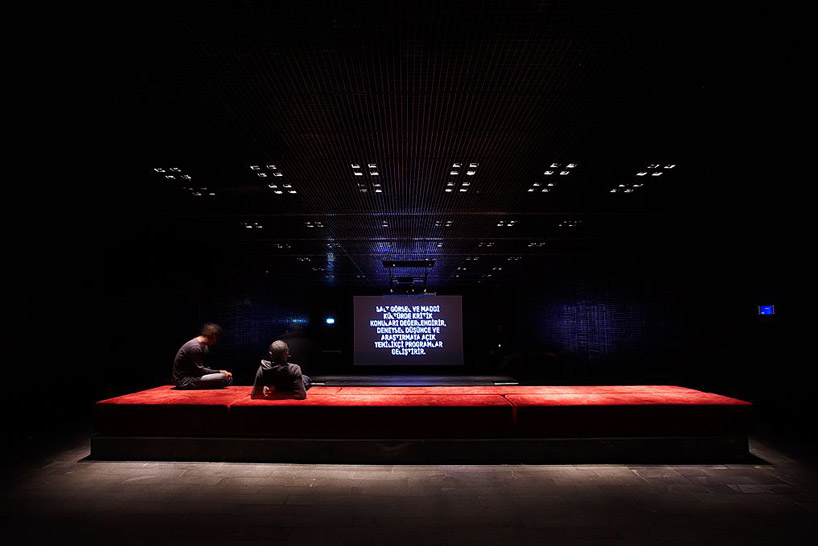 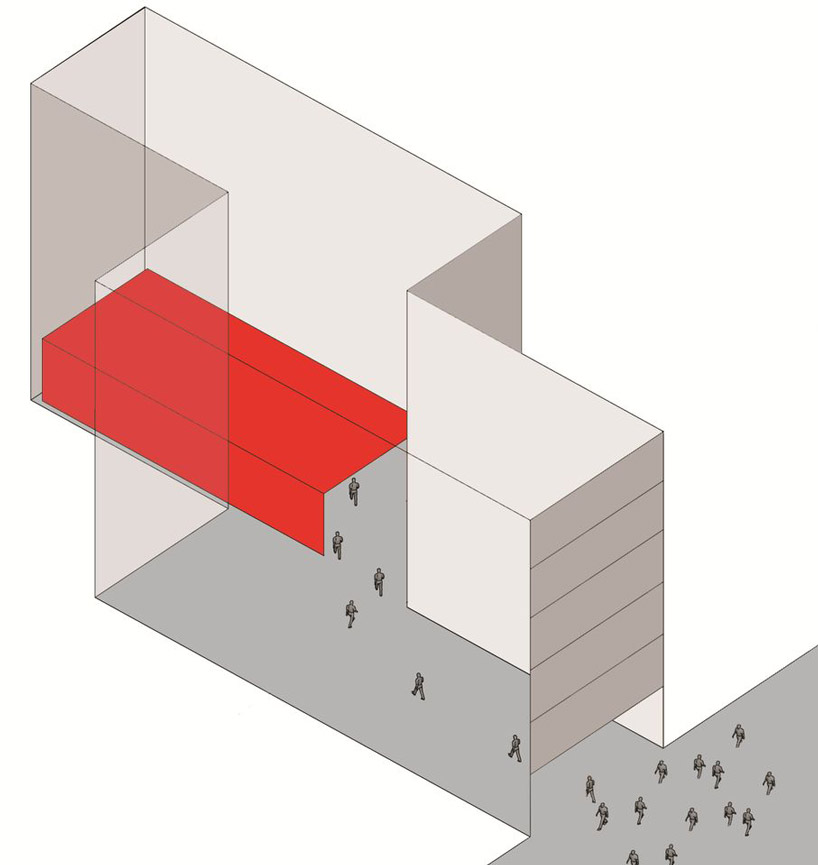 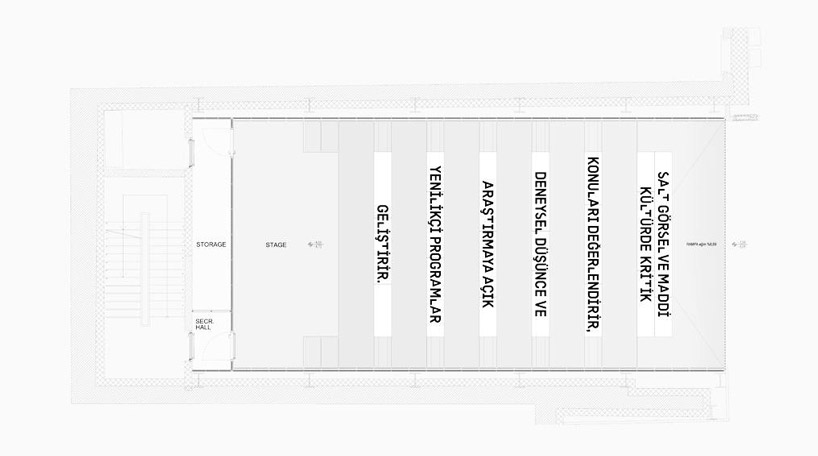 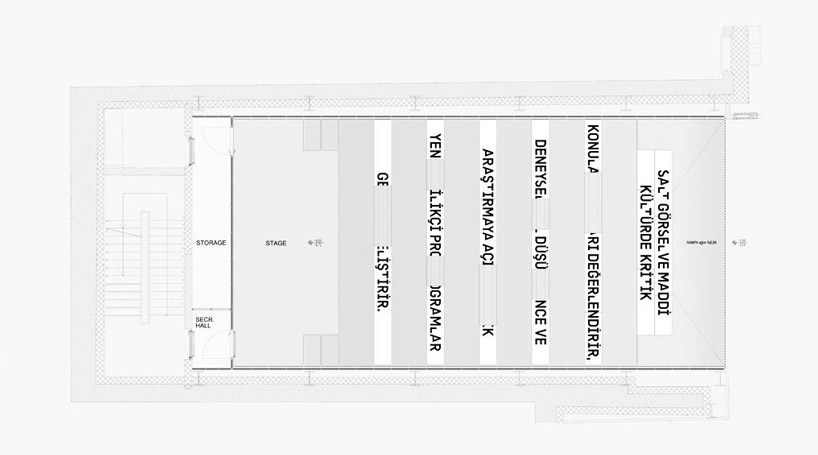 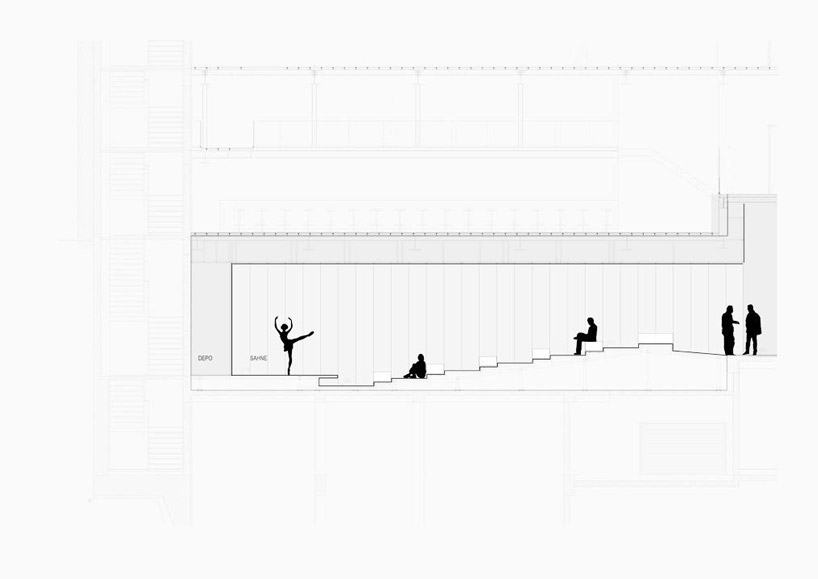