named ‘sway’, this temporary installation has been created by tel aviv-based architectural collective sack and reicher + muller, together with fabric expert eyal zur. the work has been completed for the third iteration of ‘fugitive structures’, an ongoing series commissioned by australia’s sherman contemporary art foundation (SCAF). the design forms an ecological structure that references israel’s use of scientifically calibrated fabric greenhouses, which make possible the growing of fruit and vegetables in dry and arid landscapes. 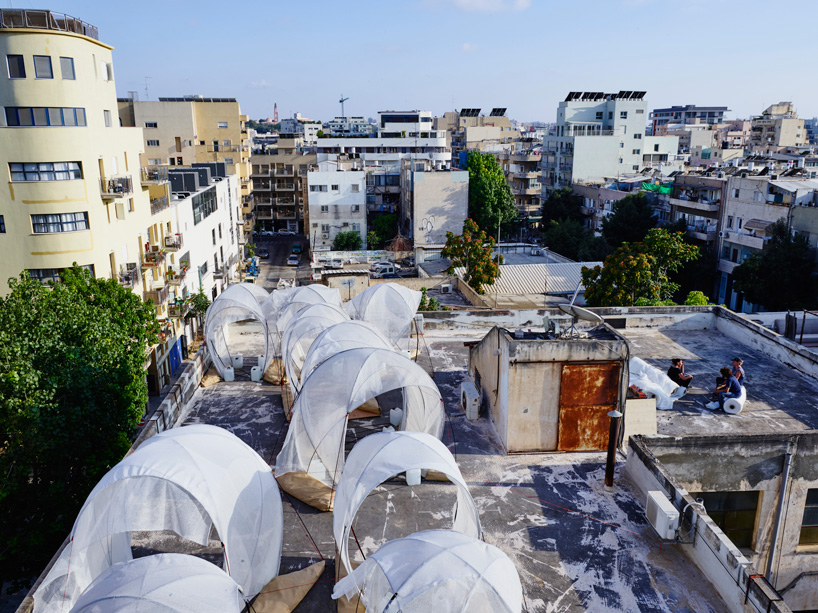 ‘we wish to address issues of transience and temporality,’ explain the designers. ‘the fugitive structures pavilion, like many such structures, is primarily a temporary structure and we therefore believe that it should not be built to last. sway suggests an alternative to costly modes of temporary architecture, which are mostly slow to construct, and demanding in their use of materials and resources.’ 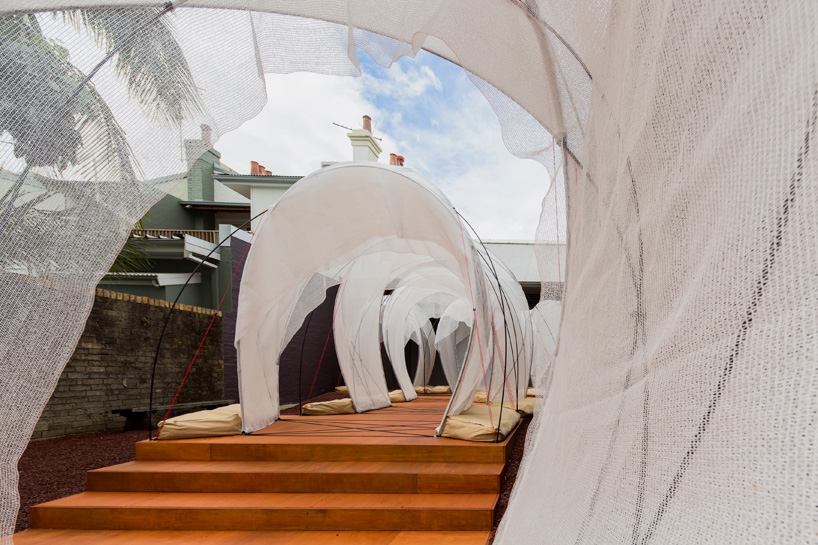 now located inside the SCAF’s zen garden, the pavilion references sukkot, an annual festival commemorating the old testament story of the israelites sheltering in the wilderness en route to the promised land. one erected, the impermanent design owes as much to modernity — with its use of high-tech materials and construction — as it does to the familiar shapes of nomadic bedouin tents. 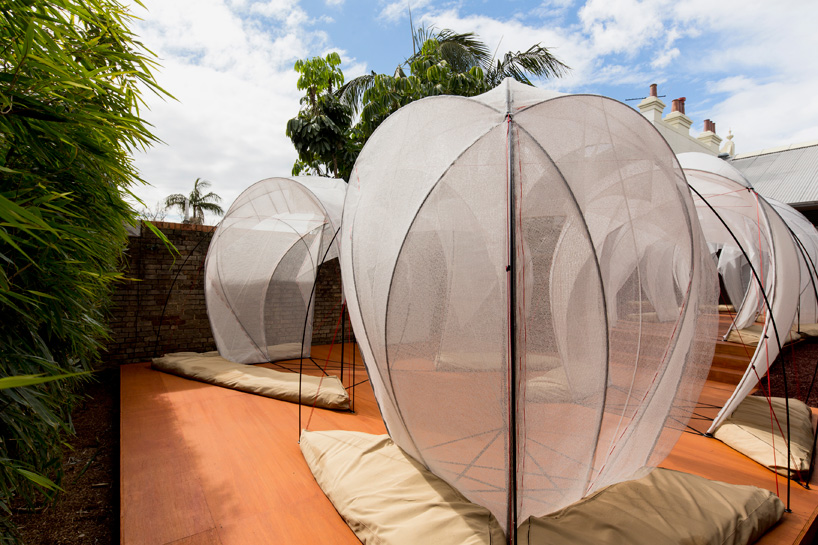 ‘the human need for shelter is an ever increasing problem both locally and globally along with the need for food and water‘, commented dr gene sherman, executive director of SCAF. ‘israel is a tiny country and just 15 kilometers wide at its narrowest point. it is a country short on natural resources where desert occupies over 55 percent of the landmass. innovation and imagination are needed to confront problems that global citizens now face directly or indirectly.’

the installation remains on display at the sherman contemporary art foundation until december 12, 2015. 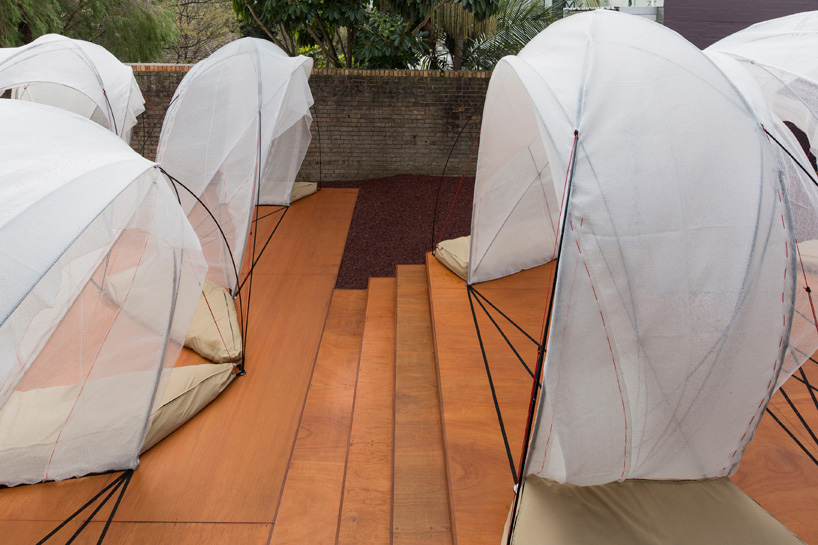 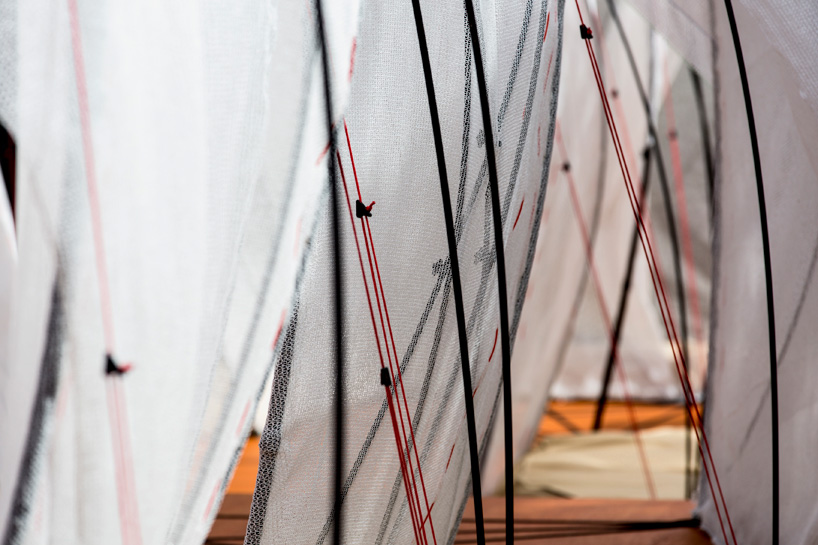 detail of the project’s construction
photo by brett boardman 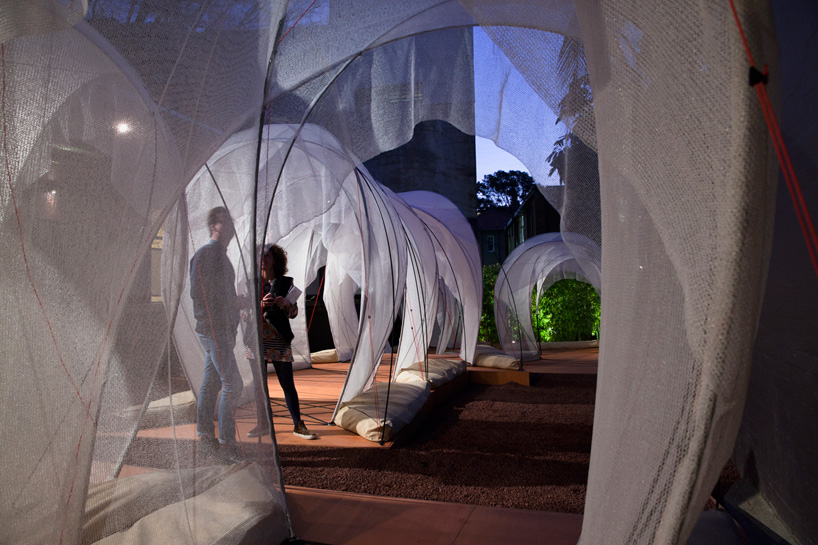 the installation remains on display until december 12, 2015
photo by silversalt 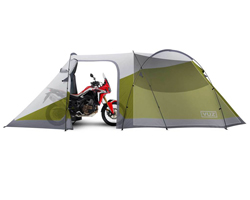 Oct 02, 2018
the vuz moto tent is the garage on the go for motorcycling campers 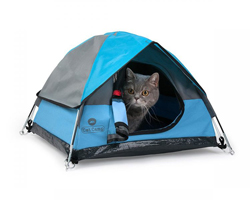 Aug 29, 2018
camping cats get their fill with these miniature sized feline-friendly outdoor tents 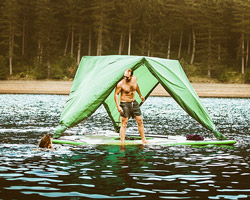 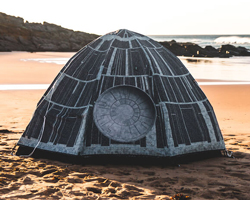