joining 31 other structures, TACTIC-A has designed a prototype for a housing laboratory in apan, mexico. organized by INFONAVIT through its investigation center for sustainable developments (CIDS), the project brings together a number of architects and designers under a program titled ‘from territory to the inhabitant.’ each proposal presents a unique solution for a specific zone in mexico, adapting to an economic limit and, depending on the region, its climate conditions. 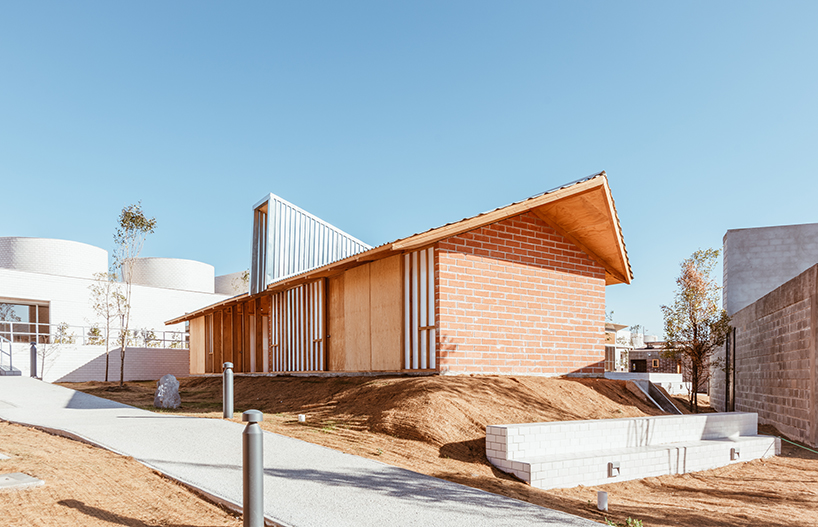 construction of the project located in the housing laboratory in apan, hidalgo, mexico

developed specifically for ciudad valles in the region of huasteca potosina, TACTIC-A‘s proposal caters for a rural environment with severe bioclimatic and sociocultural conditions. to create an appropriate architectural response, the design team looked at traditional housing from the area and also delved into the native teenek culture, which brought them to build a dwelling efficient in thermal comfort, energy consumption and material usage. 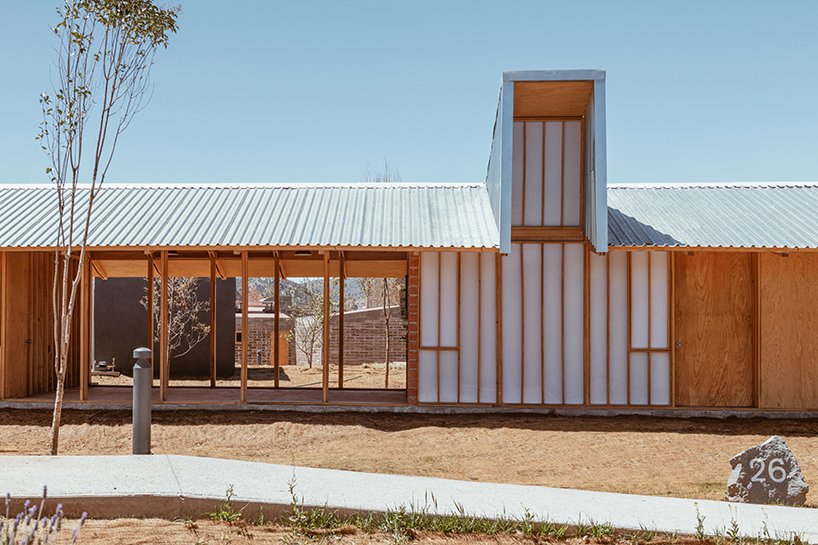 the project was designed utilizing as few components as possible, affording a greater economy of means. the floor and walls are fabricated using traditional construction materials while the remaining elements are modular, allowing them to be fabricated in workshops and then assembled on site. this modularity provides a decrease in cost and allows the configuration to be based on the needs of residents. 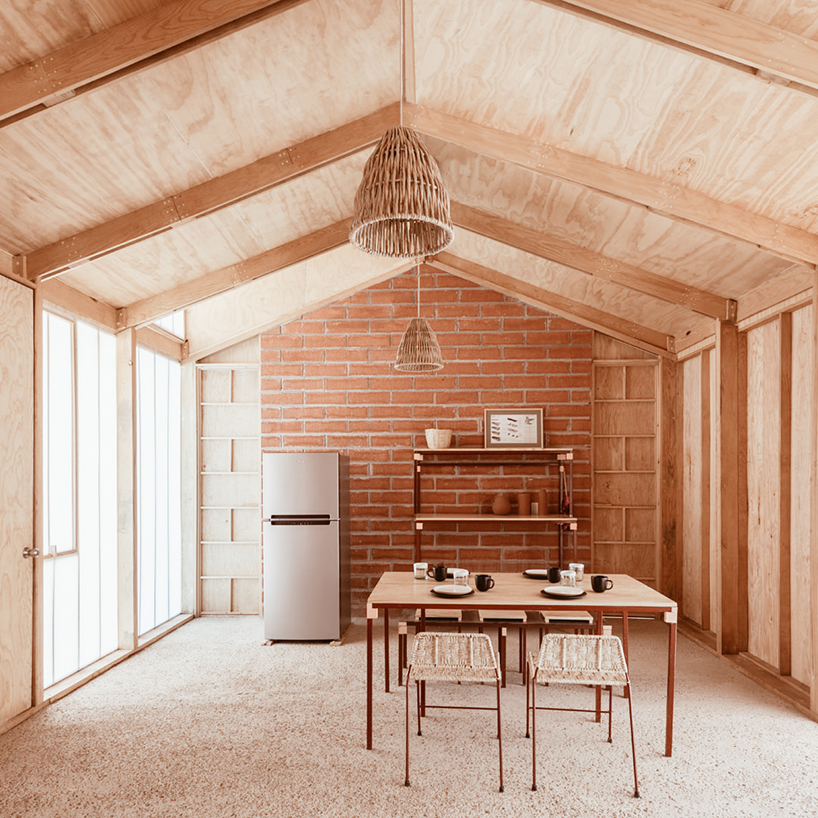 interior view of the dining/kitchen area

the majority of the budget is used for roofing, which is built like a sandwich to isolate as much solar radiation as possible and avoiding direct contact with the southern and northern walls. the lateral walls have a high capacity of transferring and dissipation, of both temperature and light. 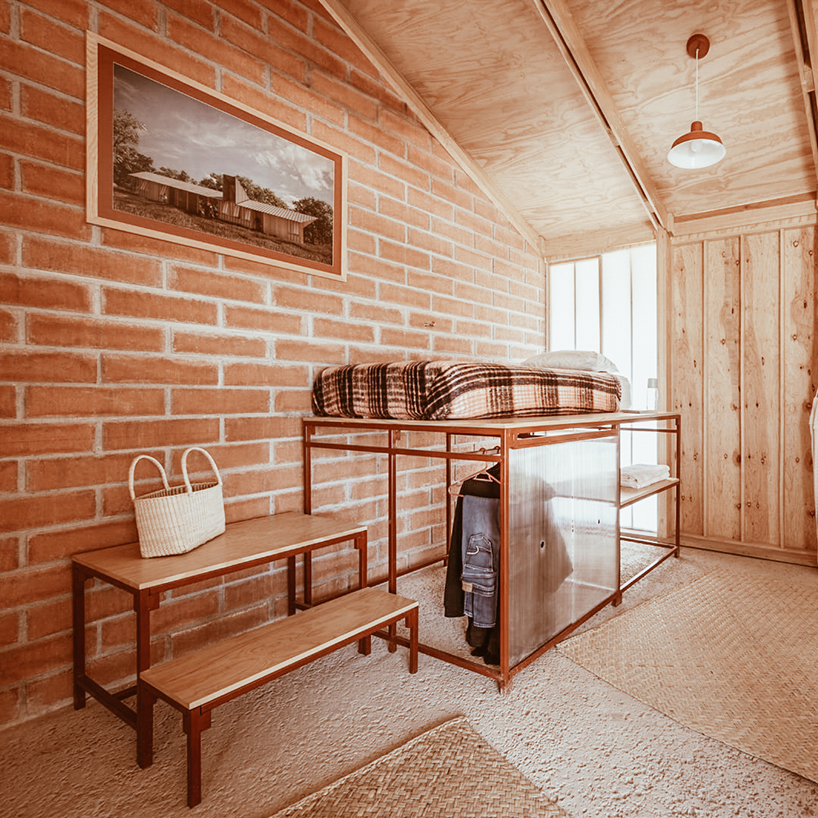 interior view of the bedroom

the project is divided into three stages that can be built independently. the first stage contains one bedroom and a space that can function as a working area and kitchen during the day, and a second bedroom during the night (in the style of the traditional teenek dwelling). in the second stage a central portico is added that provides space to work in protected from the wind and sun. the final element added in the third stage is an additional bedroom that is interconnected to the principal dwelling area through the central portico. 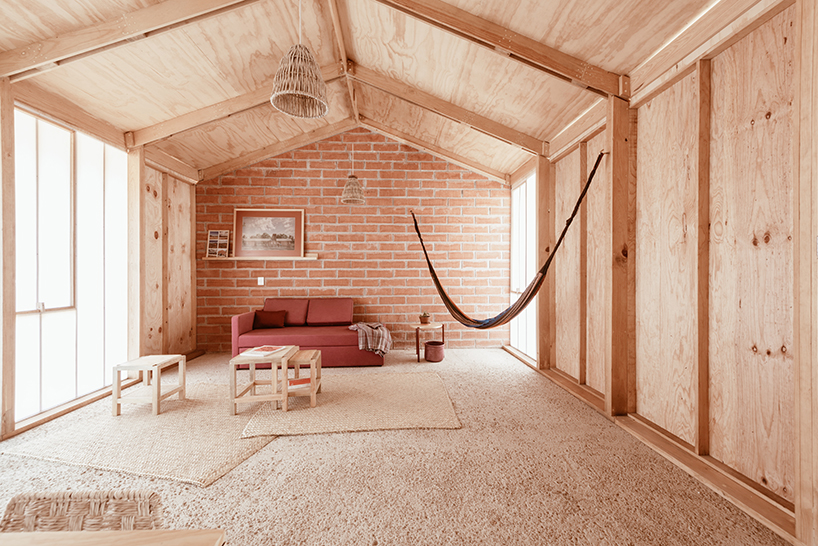 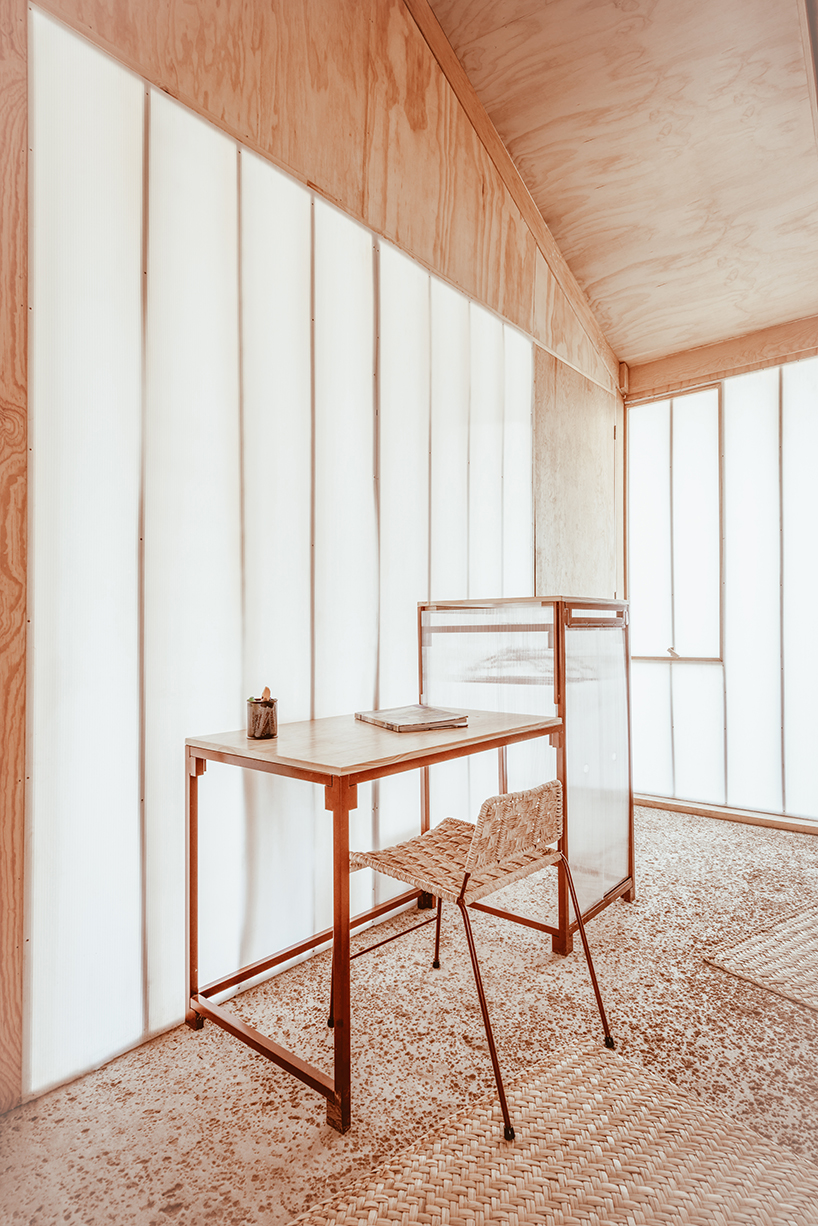 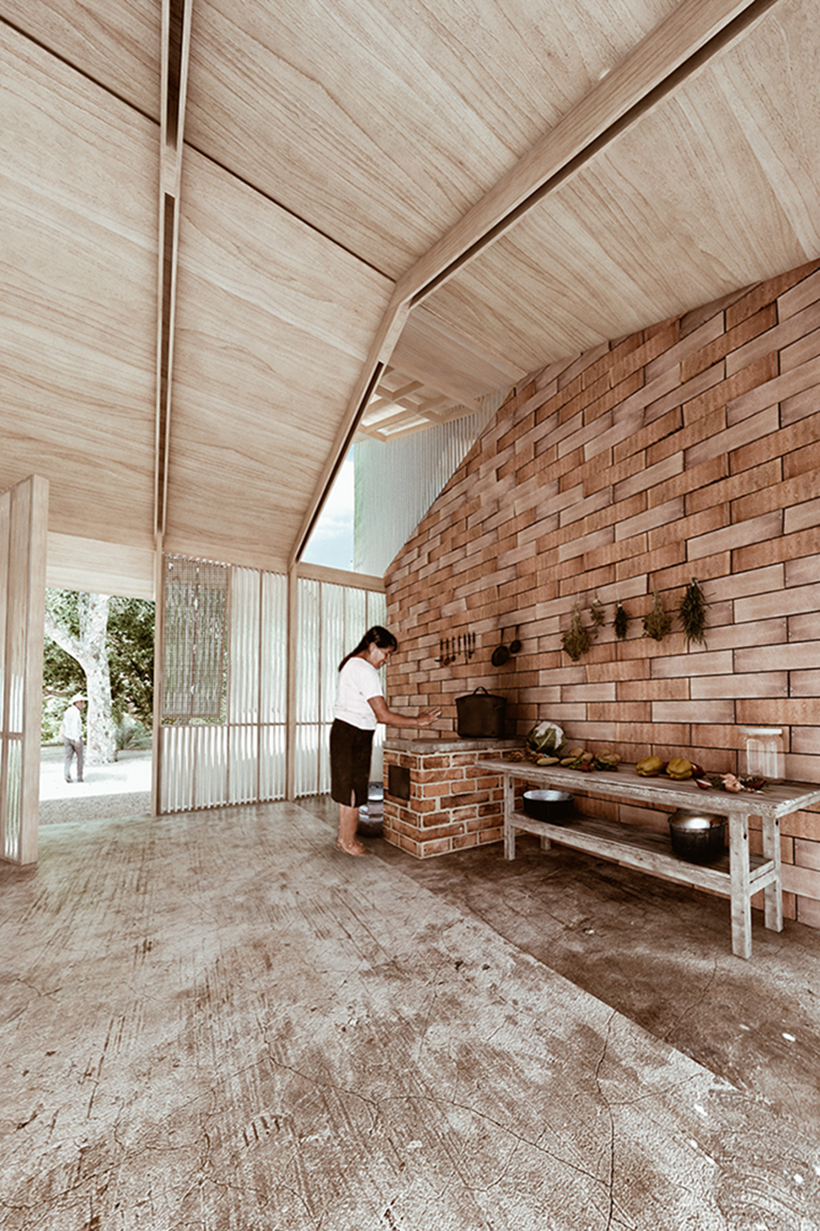 kitchen area, free floor for space transformation based on the need of the inhabitants 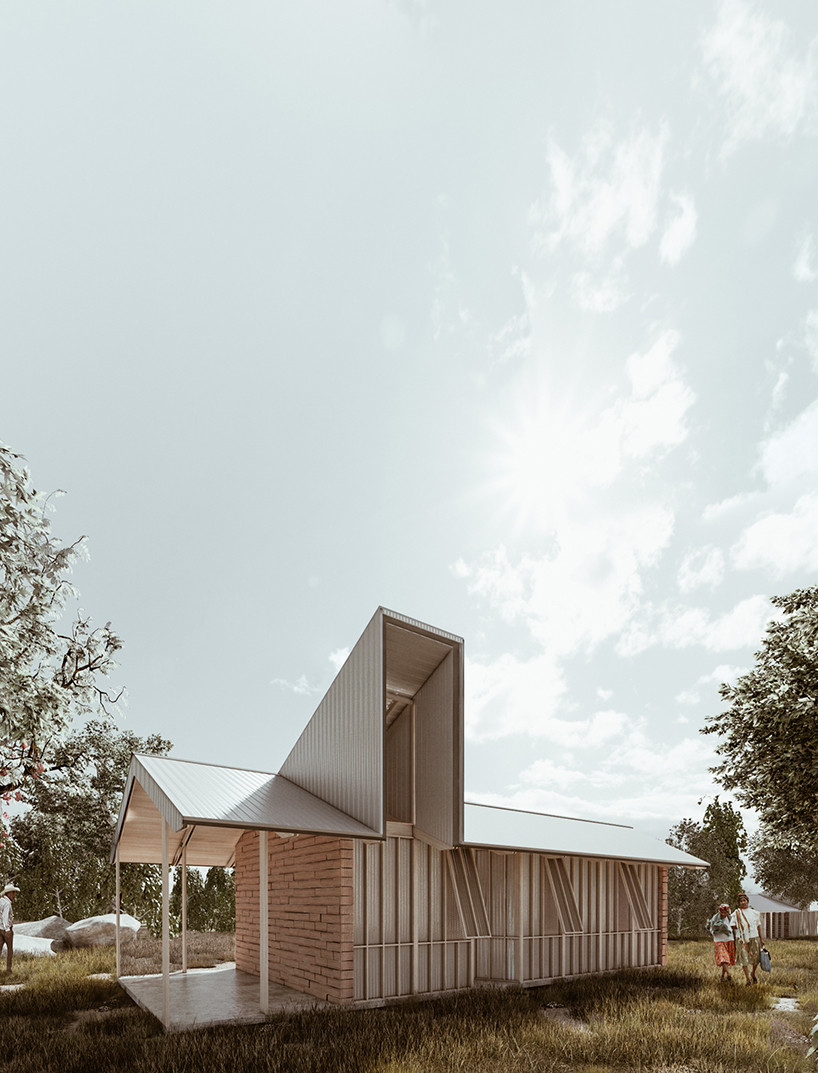 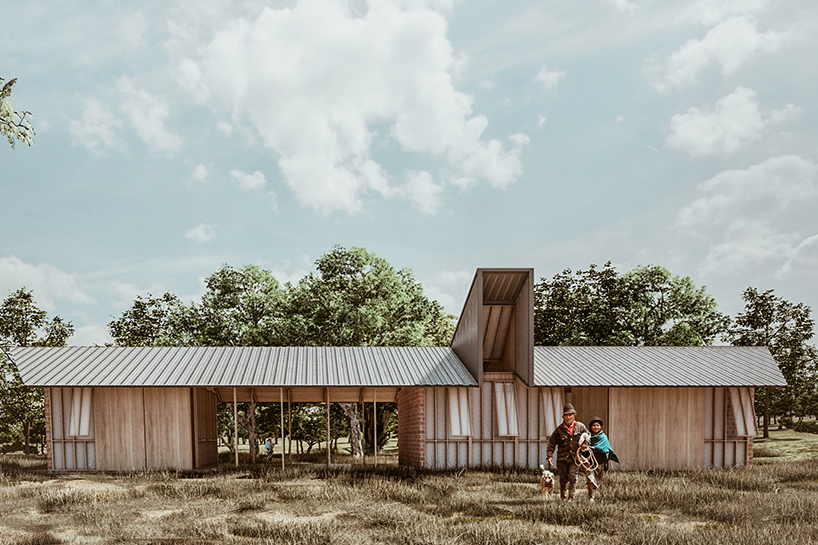 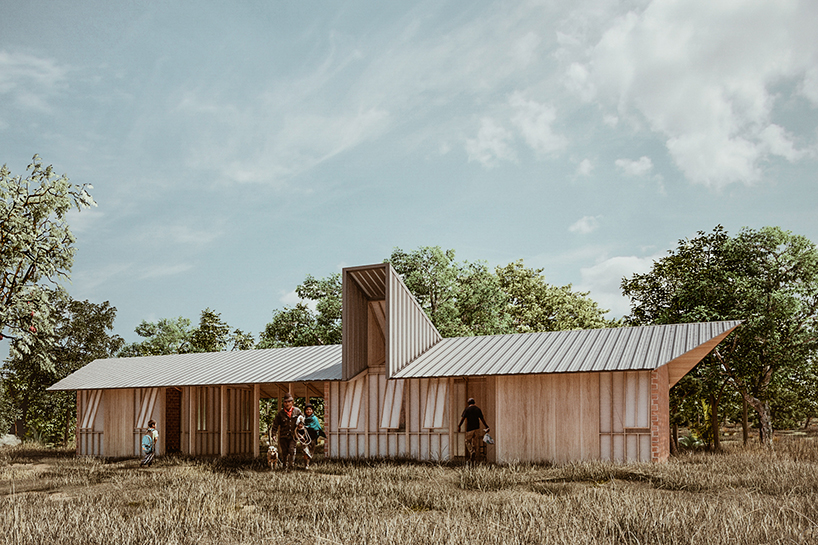 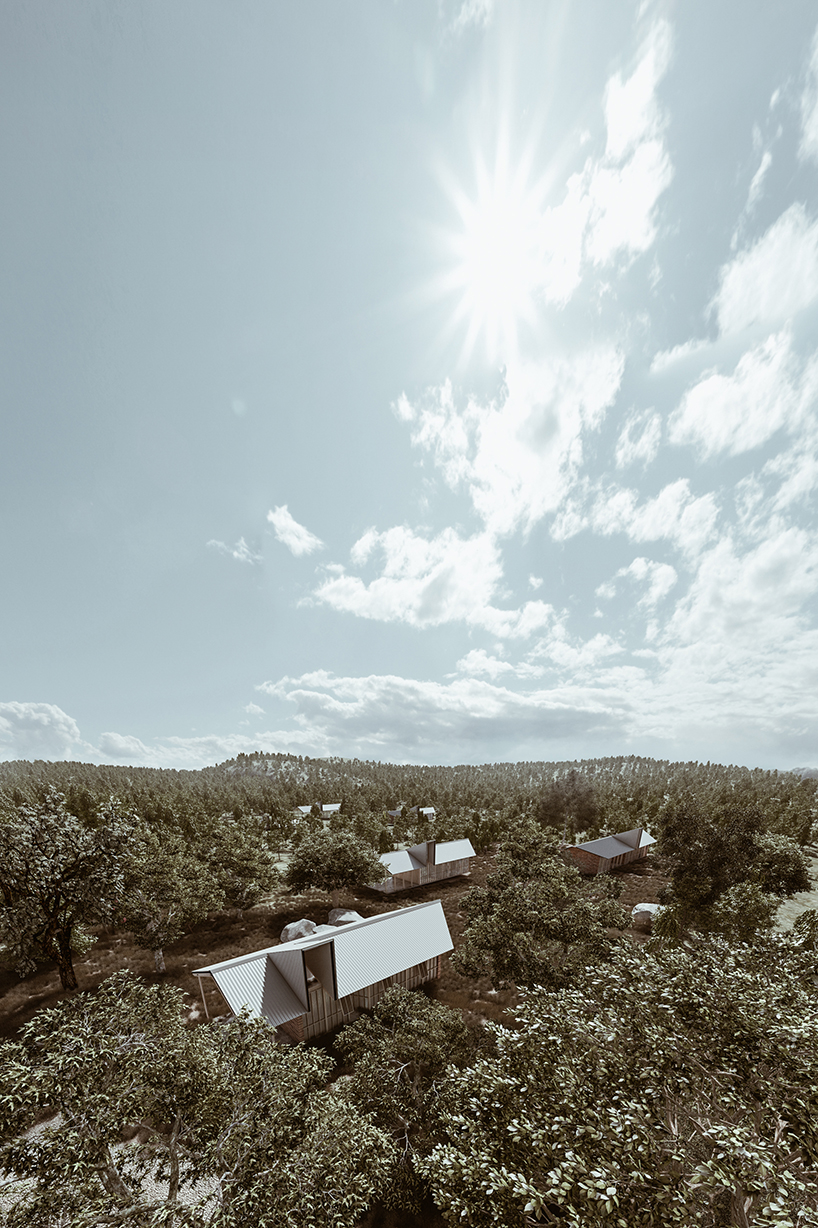 in teenek traditions, every time another nuclear family forms, the new construction is built near the other dwellings 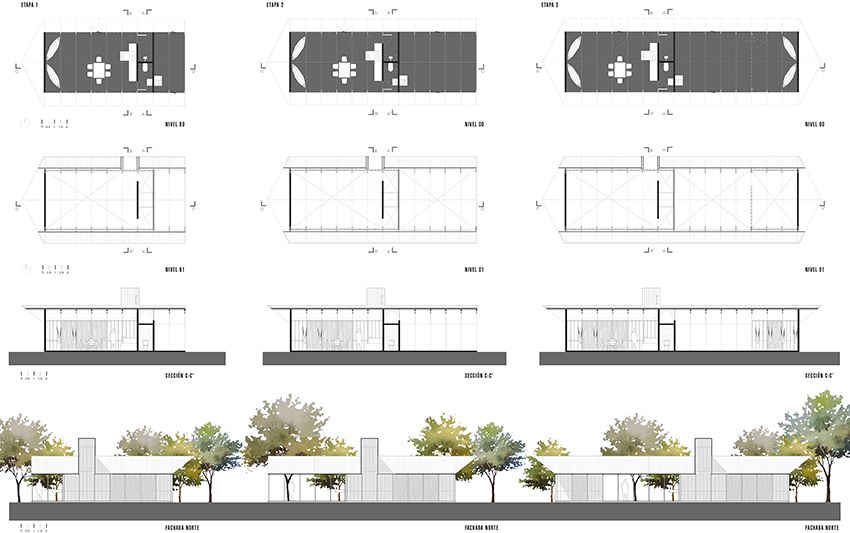 evolution diagram of the project through the three stages 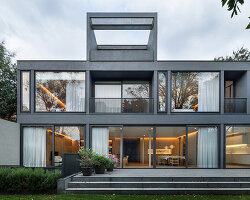 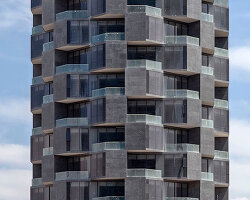 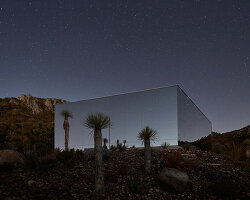 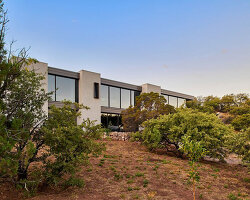 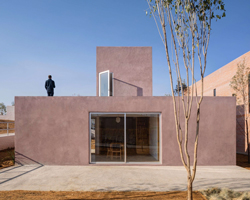 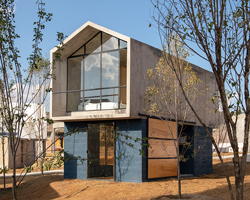 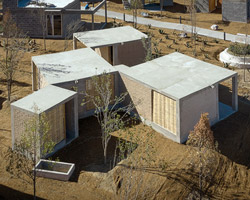 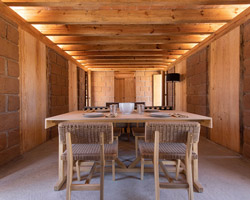