from 1780 to 1900, there were over 400 master carpenters in the shiwaku islands. based on this observation, tadashi saito + atelier NAVE initiated developments to preserve the techniques of local craftsmen, ensuring that the practice would be handed down through future generations. as a part of this activity, the architects constructed 17 public baths in tohoku as supporting project of the great east japan earthquake disaster called ‘zenkon-yu’ . the event demoralized and deprived people’s construction activities. with the arrival of the setouchi triennale 2013, saito saw the opportunity to regaining powers and desperate efforts that were being used to build new structures throughout the city. 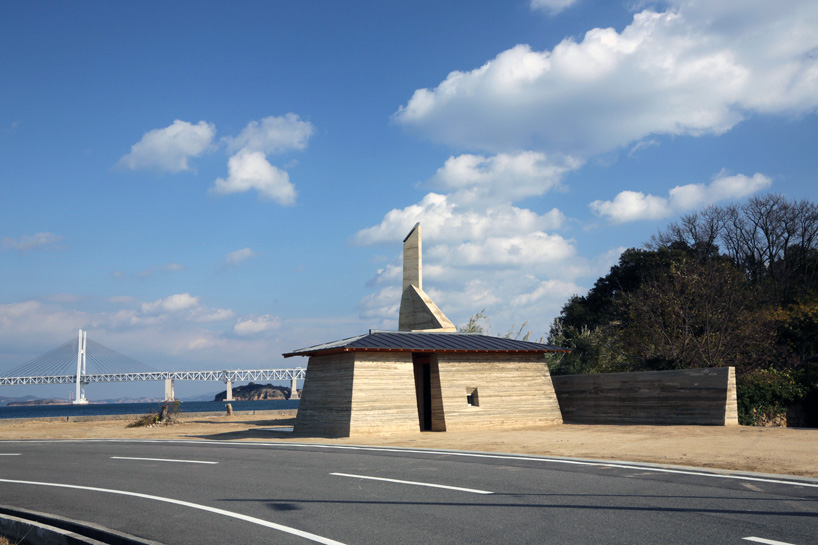 panoramic view towards the sea

with the context of the sea and earth in honjima, 300 people cooperated to to use rammed earth as the primary building material. originally, the method of construction was called ‘hanchiku’, which mixes bittern and slaked lime provided by the terrain to improve structural strength. ‘beginning with most primitive thing corresponds to this project aiming at revival of the carpenter technique,’ said saito. the form that surrounded a whirlpool like a coil was shaped by connecting walls made by aspect and ratio. 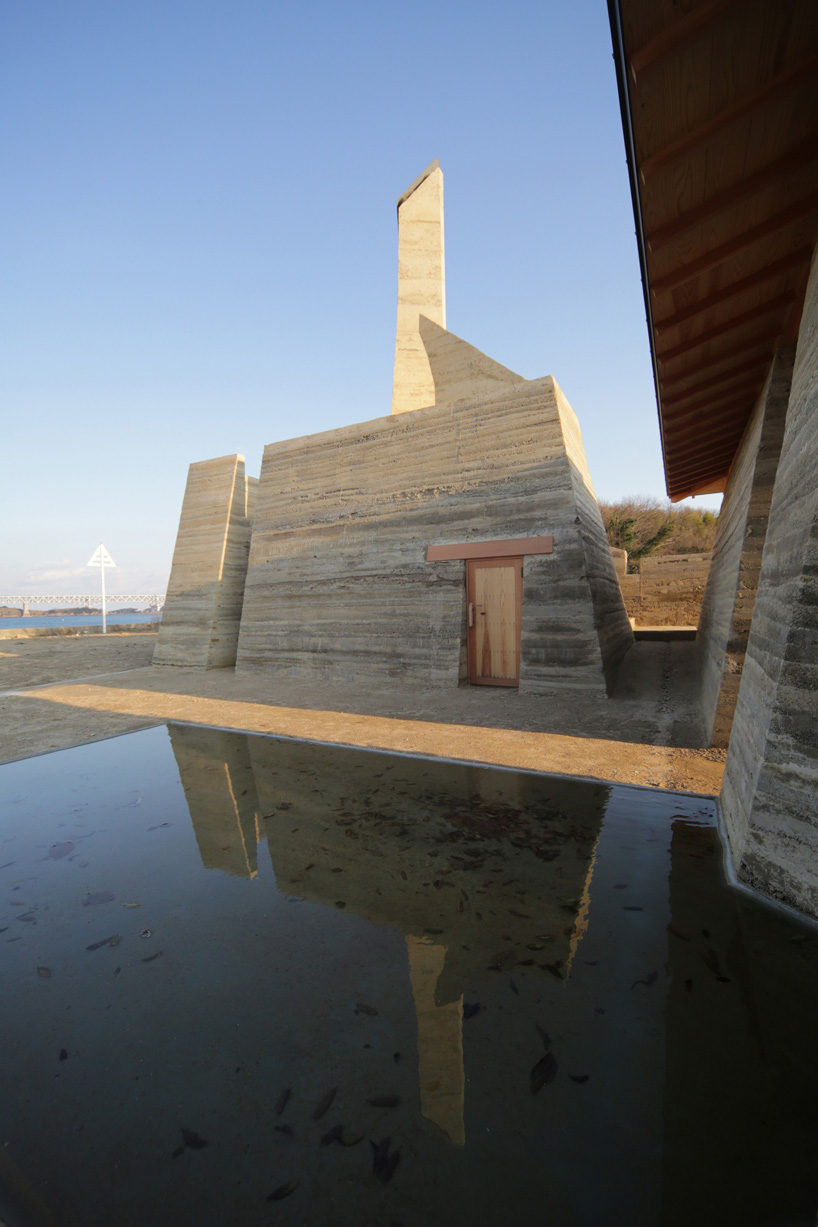 looking over the basin 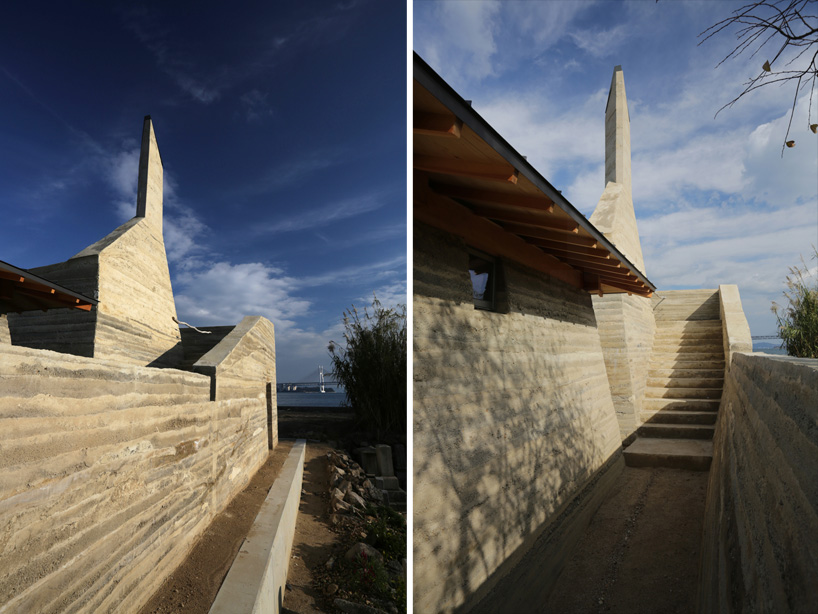 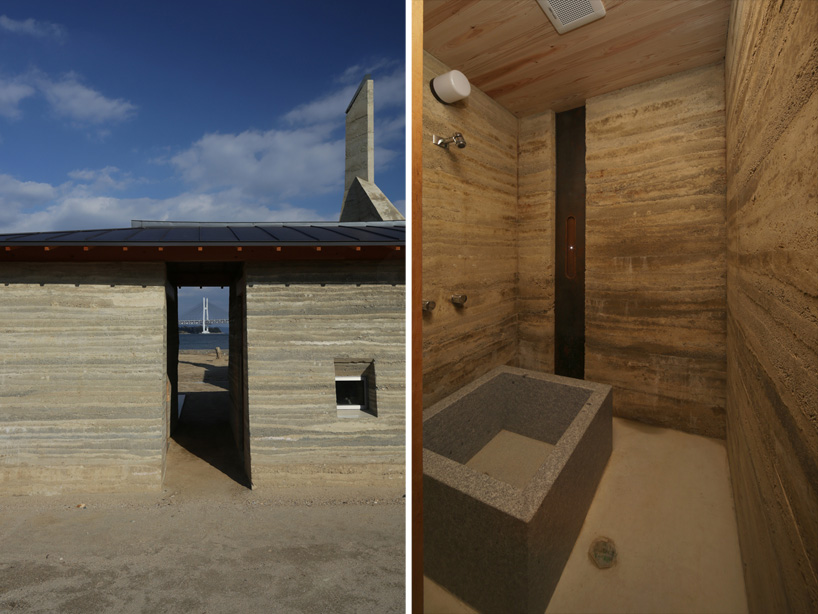 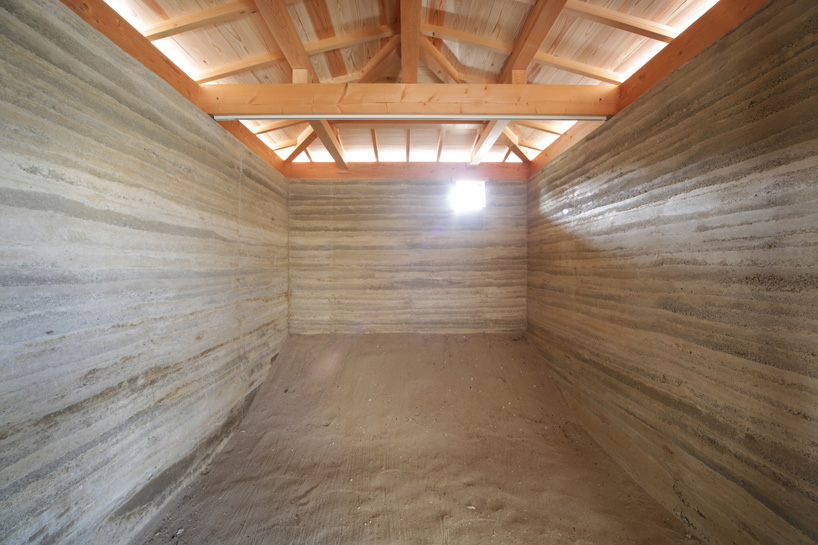 the wooden roof is supported by the rammed earth 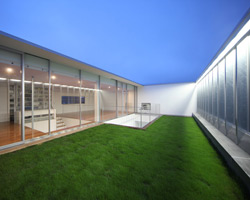 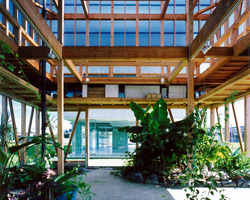