a 90-year old textile factory in kiryu of gunma, japan was refurbished and transformed into the ‘patisserie uchiyama’ by tokyo-based takato tamagami. previously concealed by past renovations, the ‘saw-shaped’ roof was maintained and celebrated, bringing attention to the prevalent architectural element found in the neighborhood. recognizing it’s historical qualities as a cultural asset, this gently sloping form became the point of departure for the contemporary update.

a south-facing transom window is revealed by wooden columns which lifts the ridge of the vintage and undulating roof plane. at night, the canopy reveals illumination from the interior, enhancing the roadside shop’s visibility. 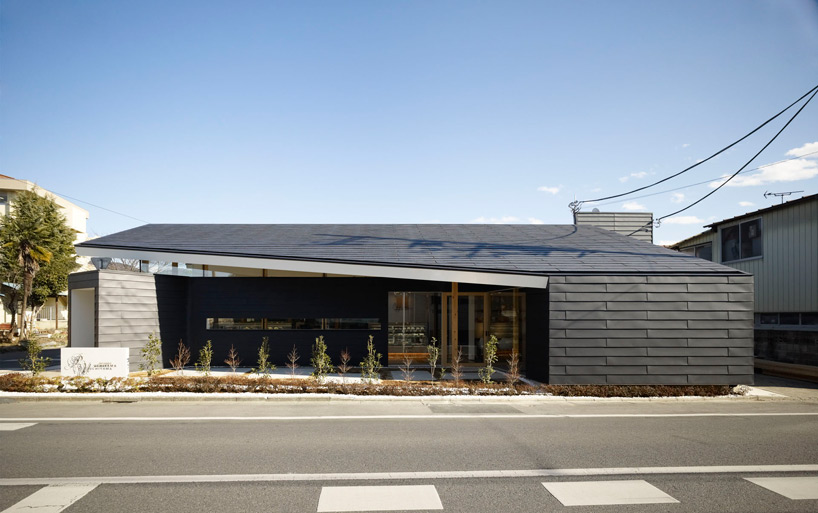 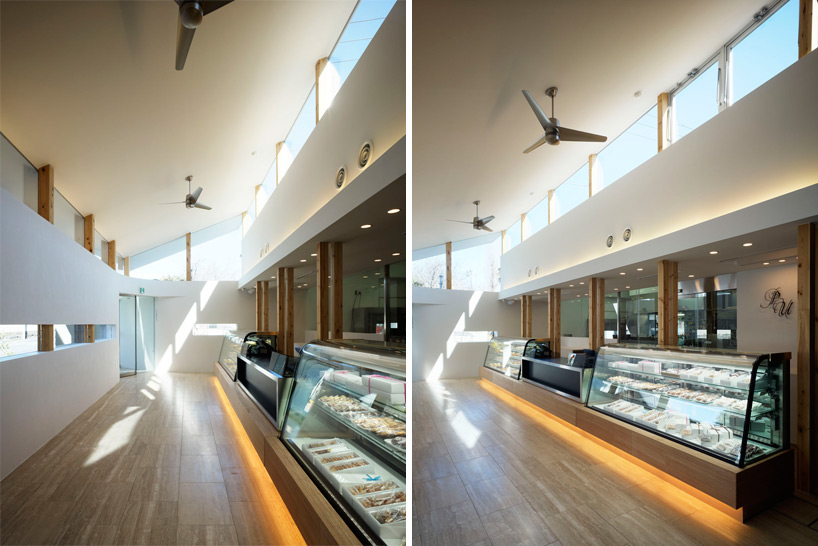 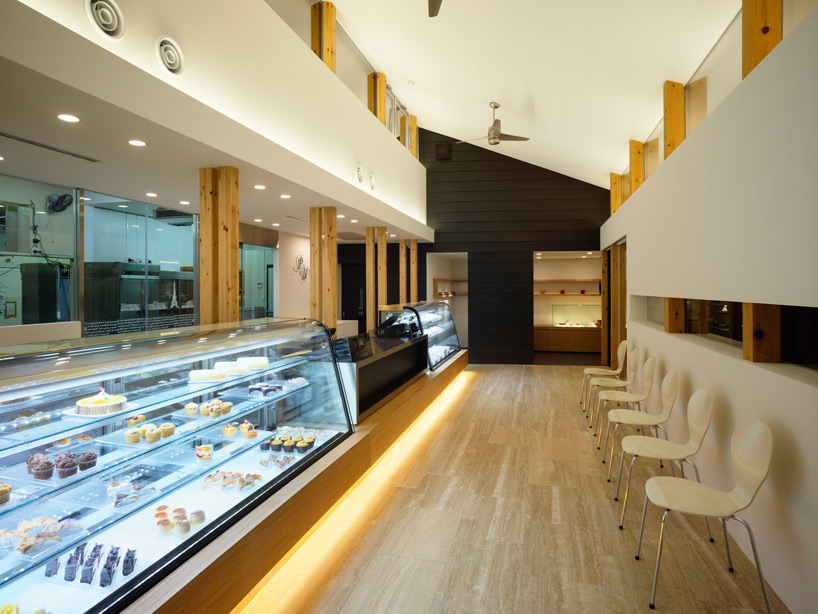 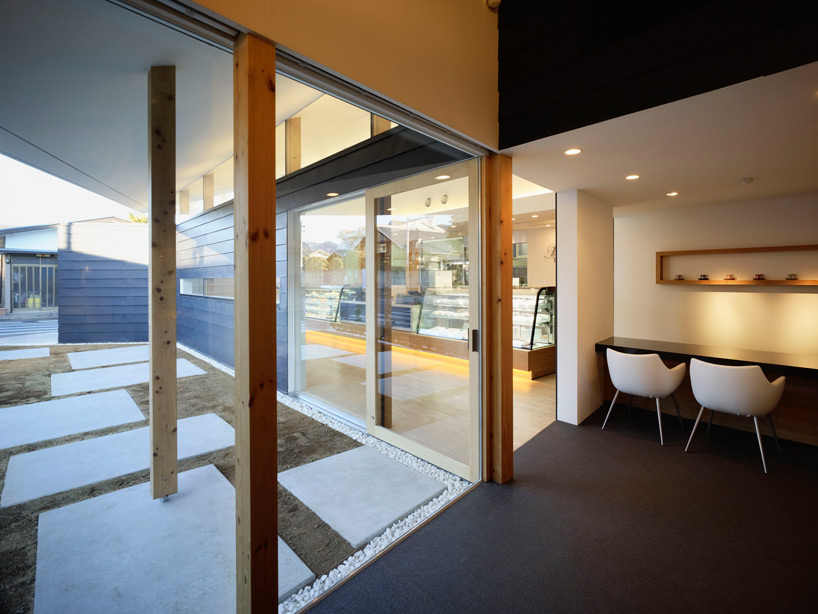 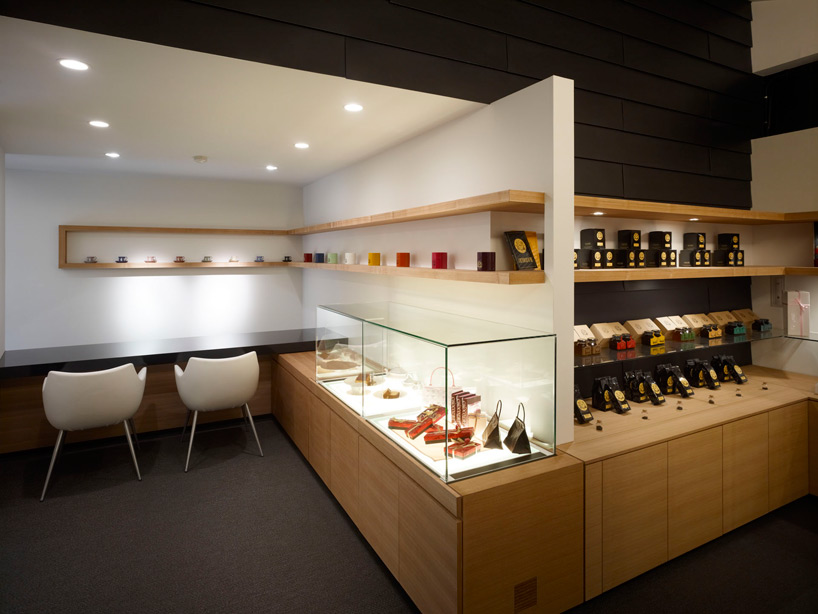 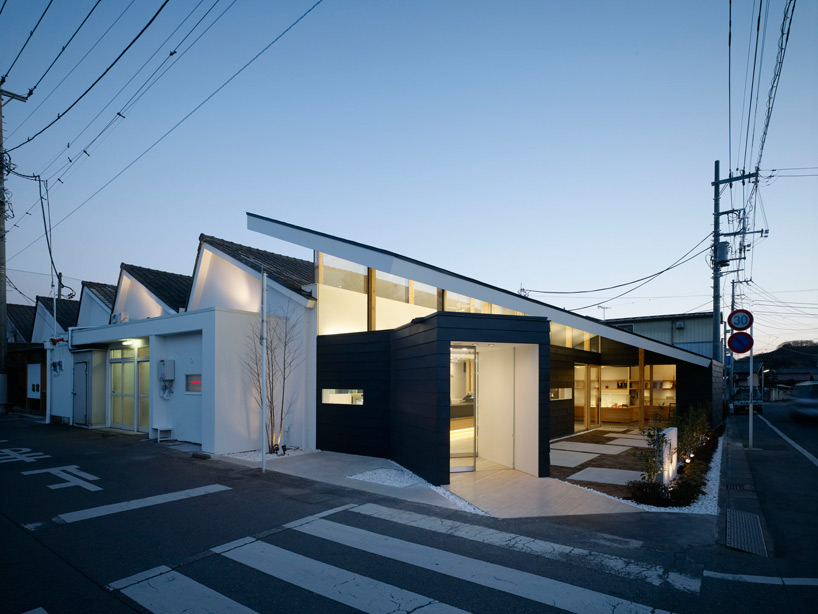 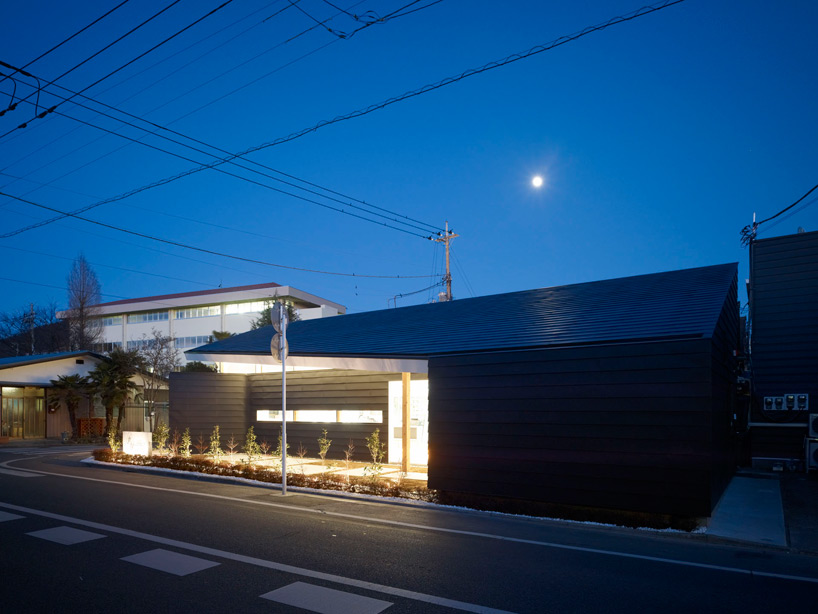 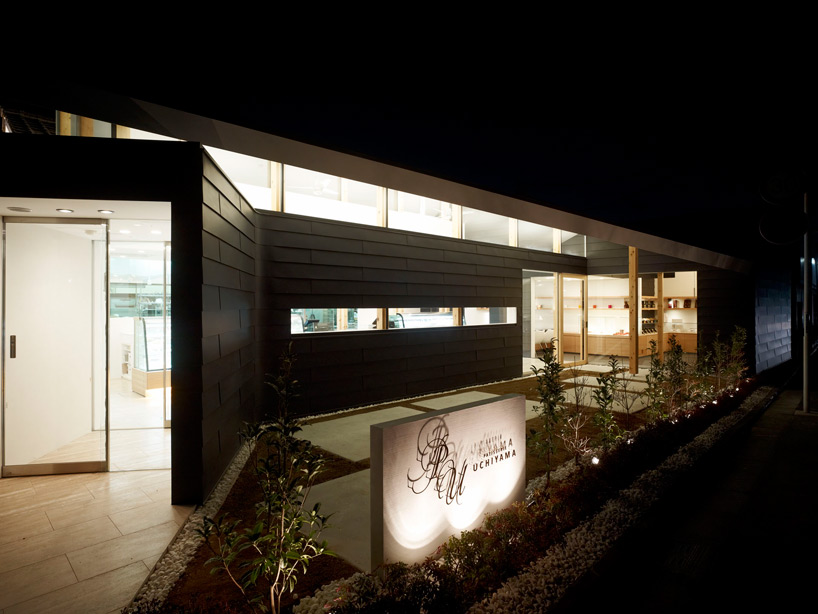 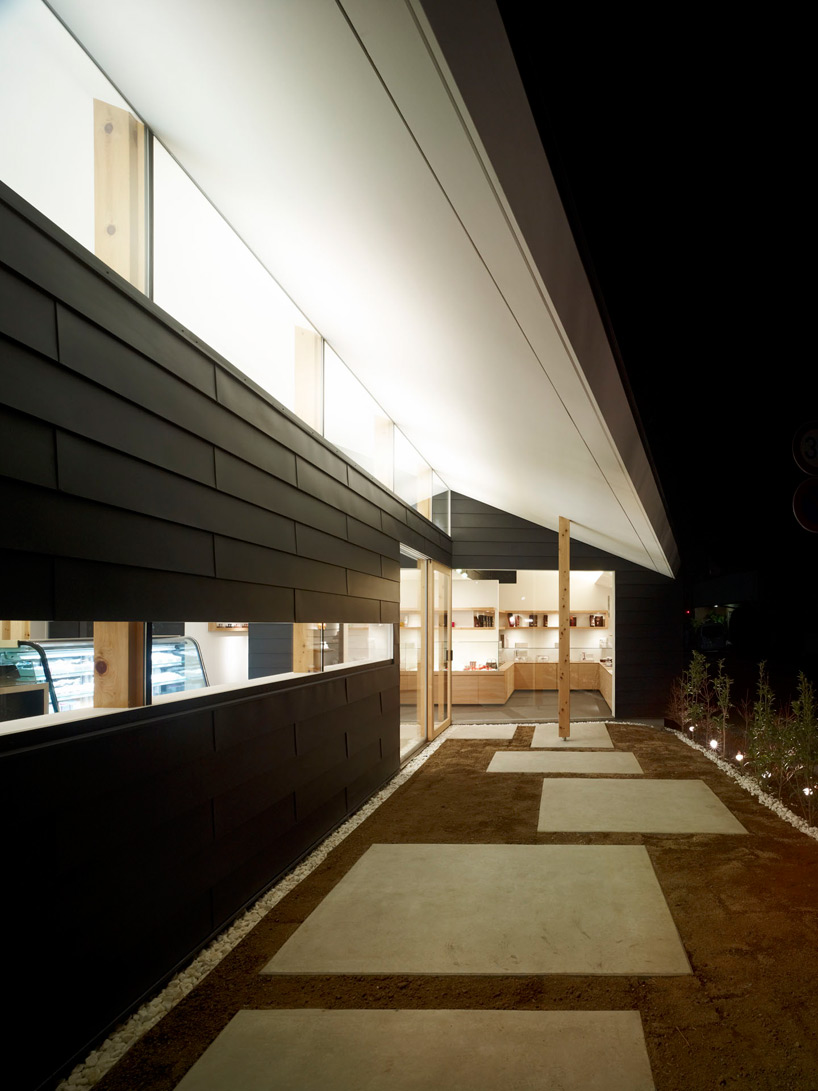 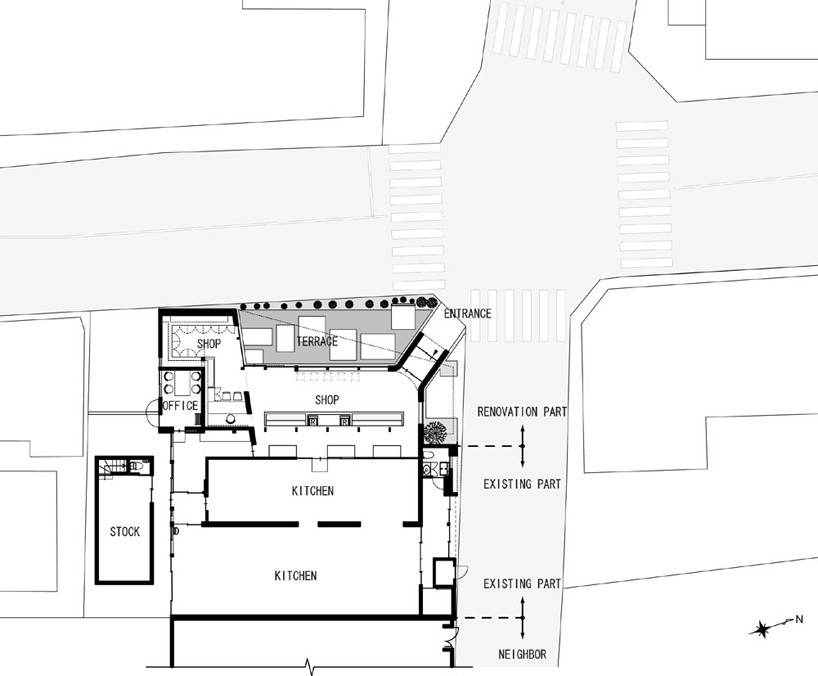 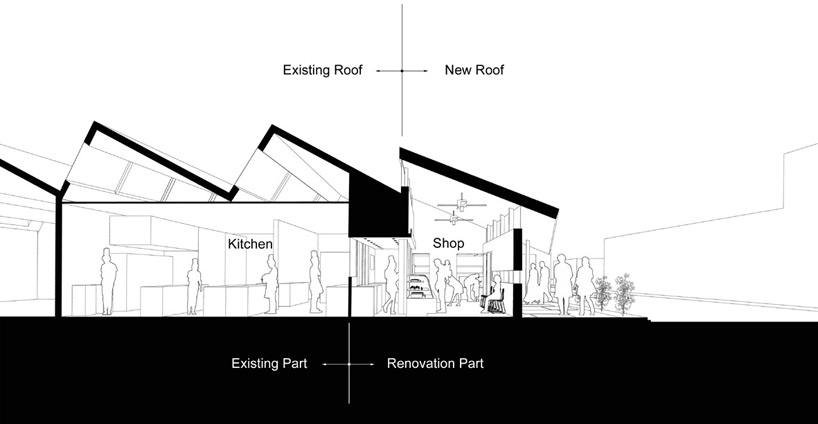 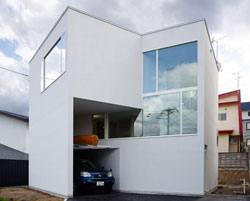 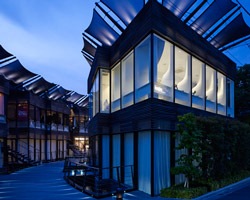 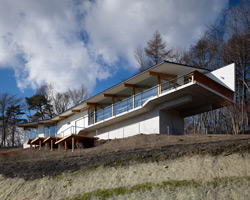 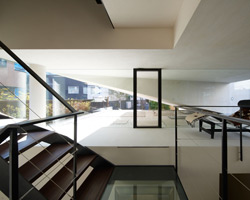