architect tal friedman’s ‘fold finding’ pavilion is a self-supporting folded architectural work that utilizes traditional origami techniques (both aesthetic and structural) to avoid the need of any sub-structure. composed in its entirety using only eight 4mm thick alucobond panels, friedman created algorithms necessary to take advantage of the material’s innate surface rigidity. the result is an ultra thin shell, from which nothing can be added or subtracted, that uses surface tension as its structural foundation. 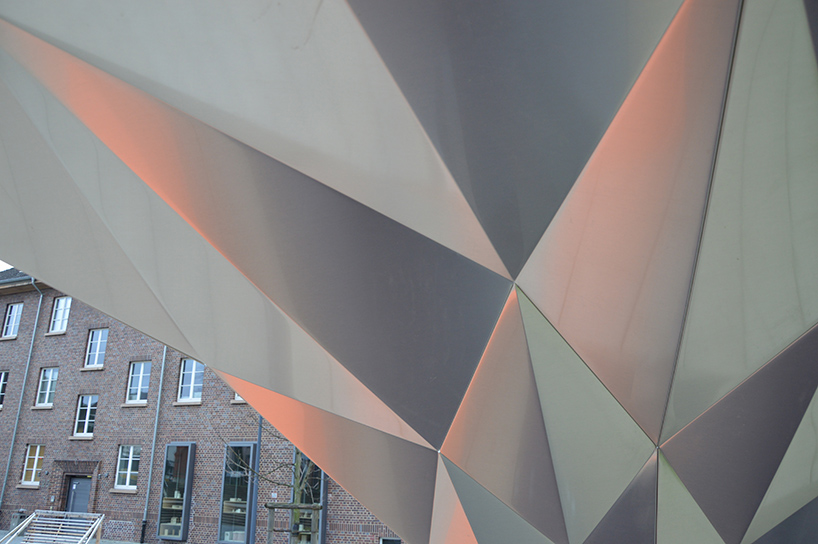 the architect says, ‘the technique can, in many instances, replace traditional construction methods utilizing individual panels, as its composition is of a single material. this saves both fabrication time and building tolerances.’ the ‘fold finding’ pavilion’s rigid folds are further locked by angled bends in crucial areas.

each ‘flower’ is made of four unique sections. each of these, are composed of 12/20 interconnected surfaces. when fully assembled, the pavilion serves as a proof of concept, illustrating the possibilities of folded structures in full-scale architectural design. the method may have further applications in fields such as: deployable structures, shading systems, public or private architecture, and more. 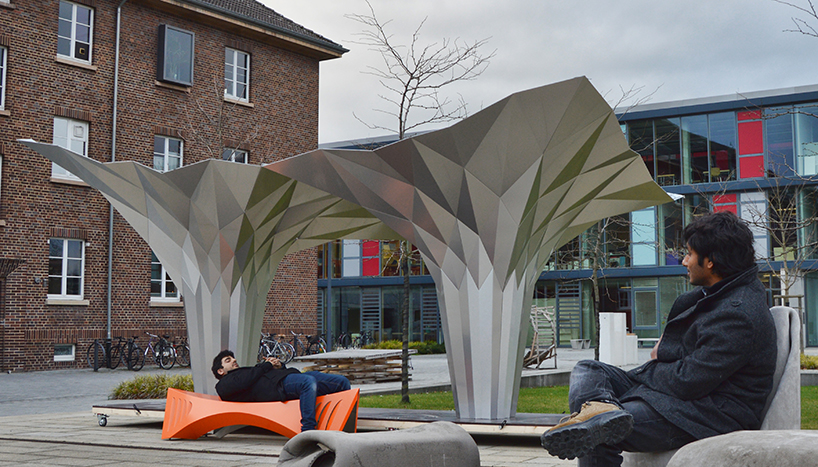 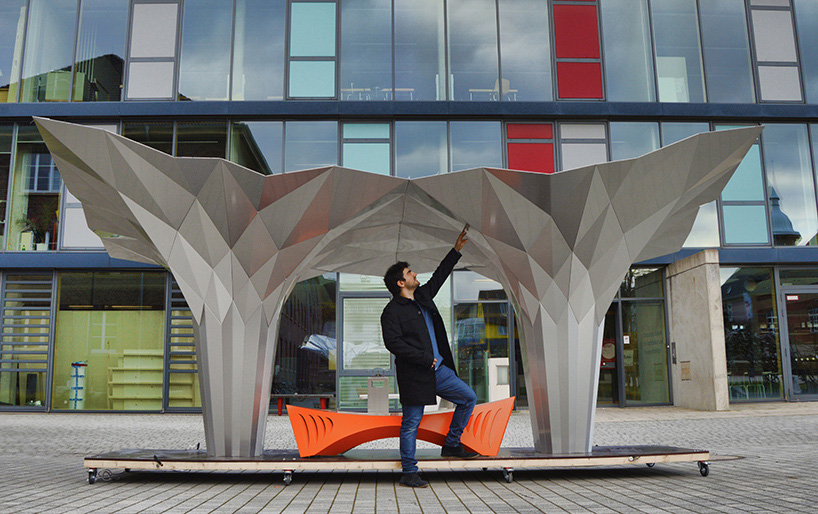 elements of origami folding are implemented on an architectural scale 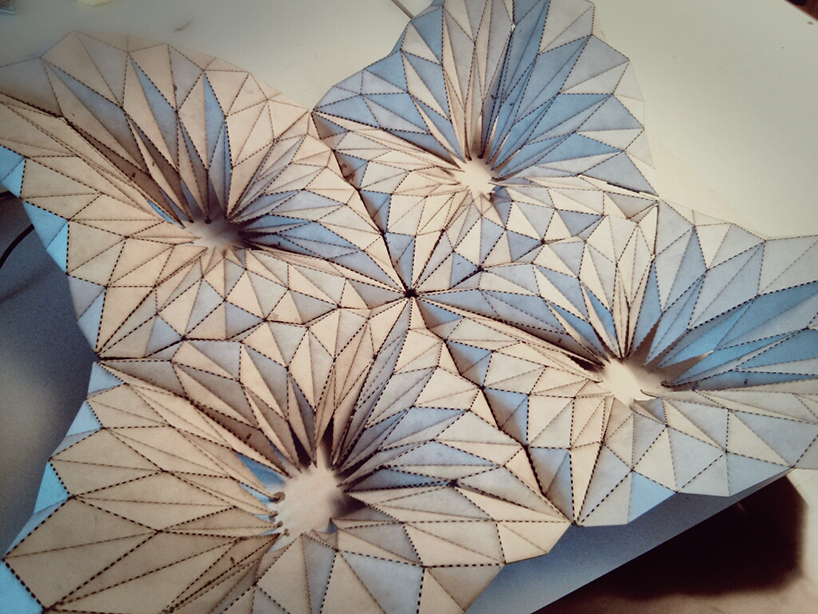 the project resembles origami not only structurally & aesthetically, but in its fabrication as well 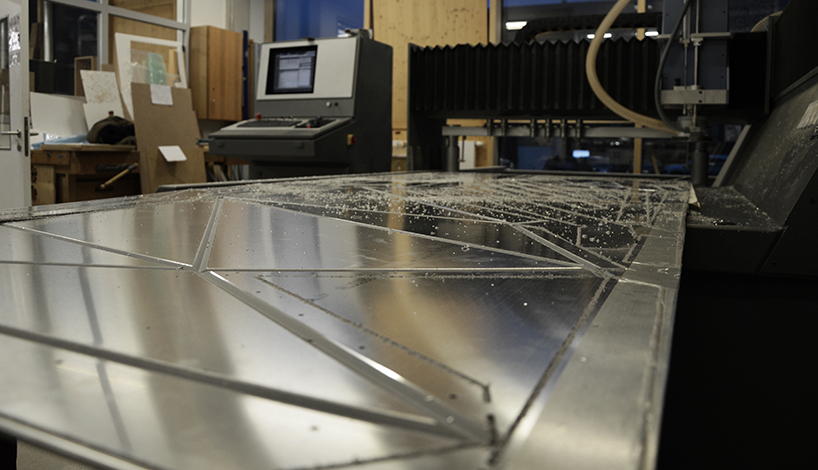 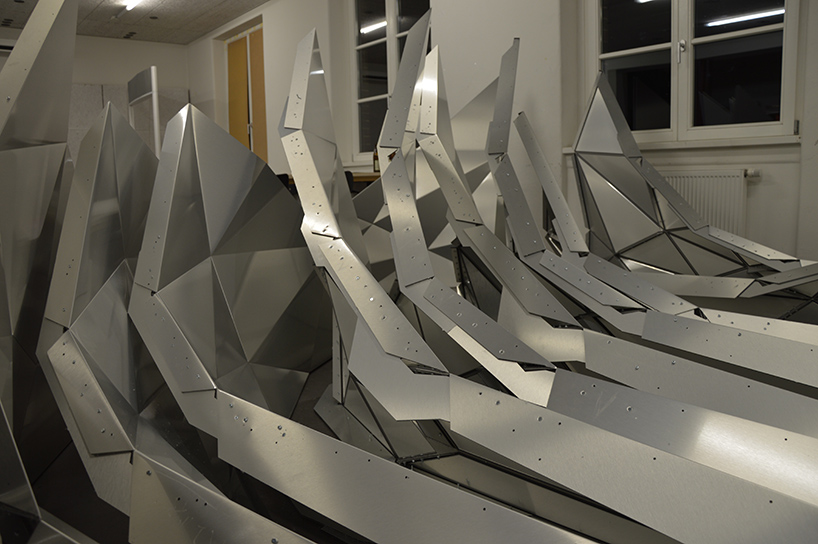 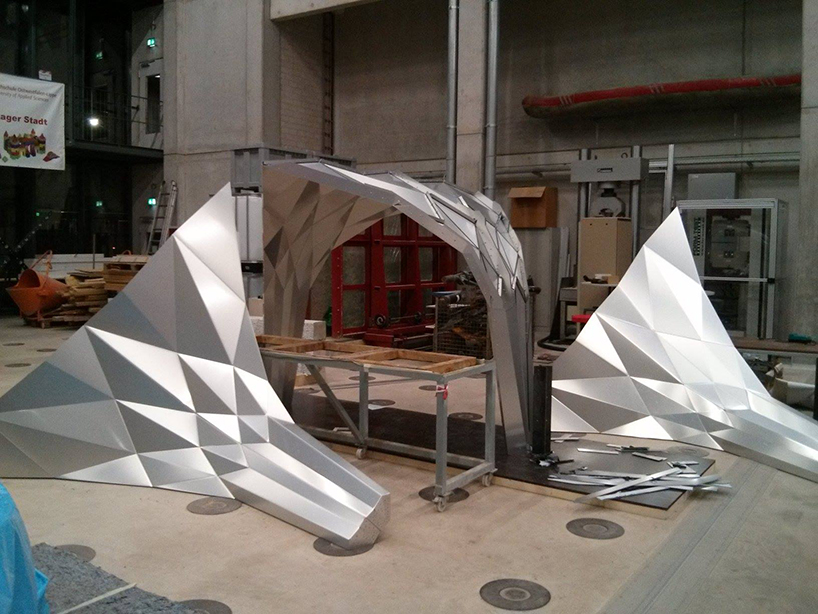 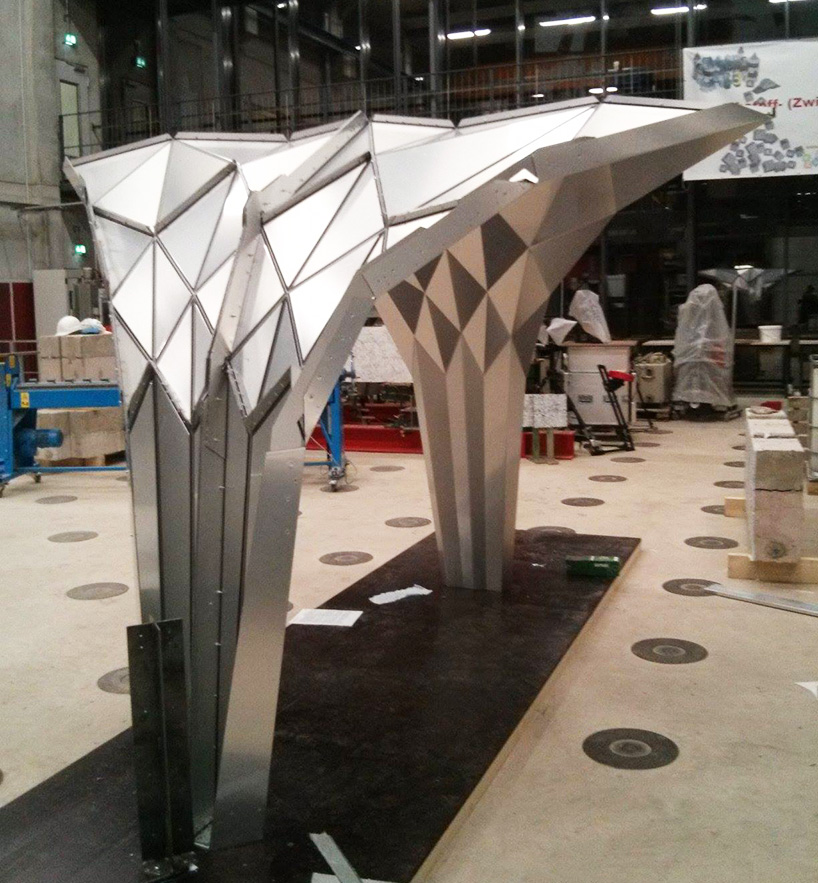 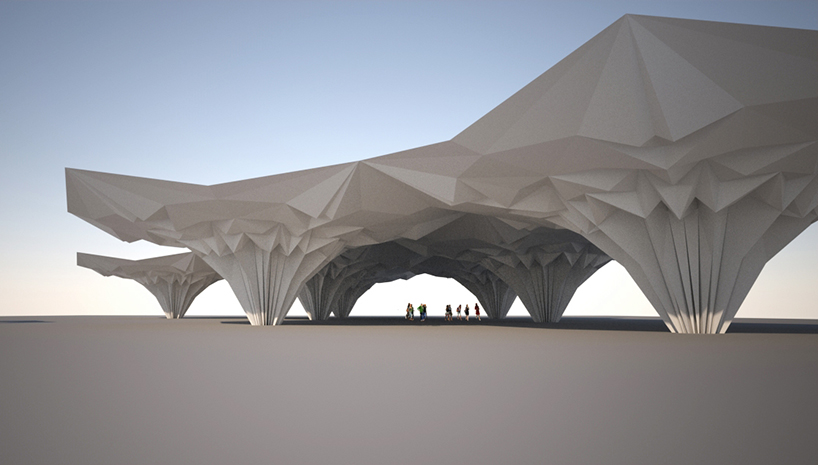 the method can be applied to various fields like architecture, deployable structure, shading systems, etc. 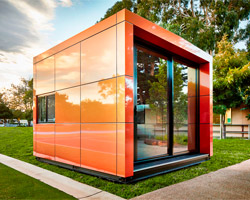 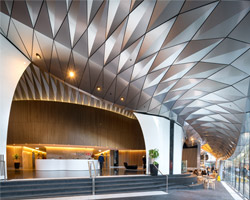 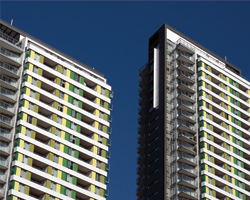 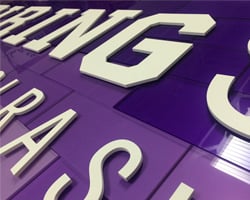 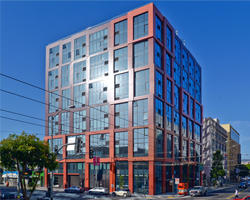