architects, tamotsu ito and satoshi numanoi have created a family home for a new type of suburban lifestyle in japan. located on the outskirts of tokyo, the ‘house in kita-koshigaya’ has been designed as more than simply a suburban outpost. instead, the project centers on the client’s lifestyle, as they work from home more than 3 days a week. the project therefore required much more diverse spaces to accommodate their working environment and places for multiple hobbies, both indoor and outdoor, without increasing the total floor area. 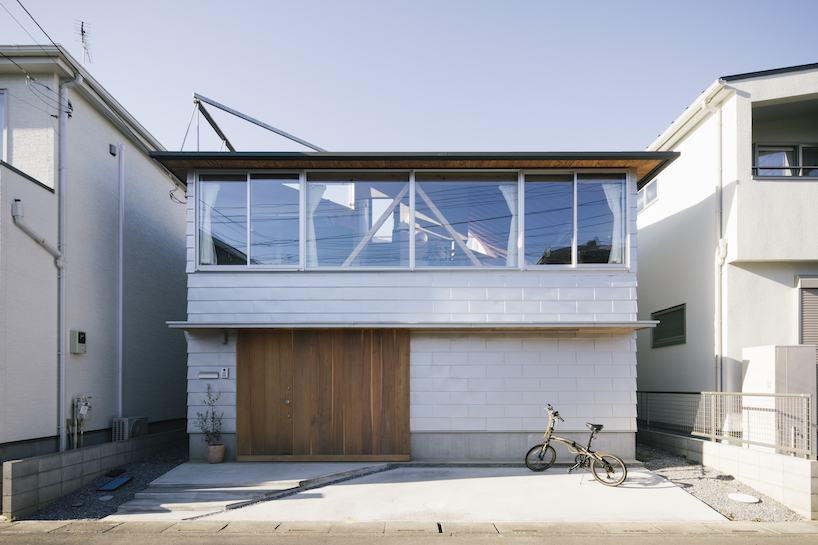 outside view from the street

tamotsu ito and satoshi numanoi have applied a nine square grid to form the floor plan of the house, which is based on two kinds of modules in japanese construction. when designing the spaces around the grid, the architects have created an open environment without limiting one space to one rigid function. the spaces become hybridized. the stairwell is formed also as a space for music, while the working area seamlessly flows into a reading room. 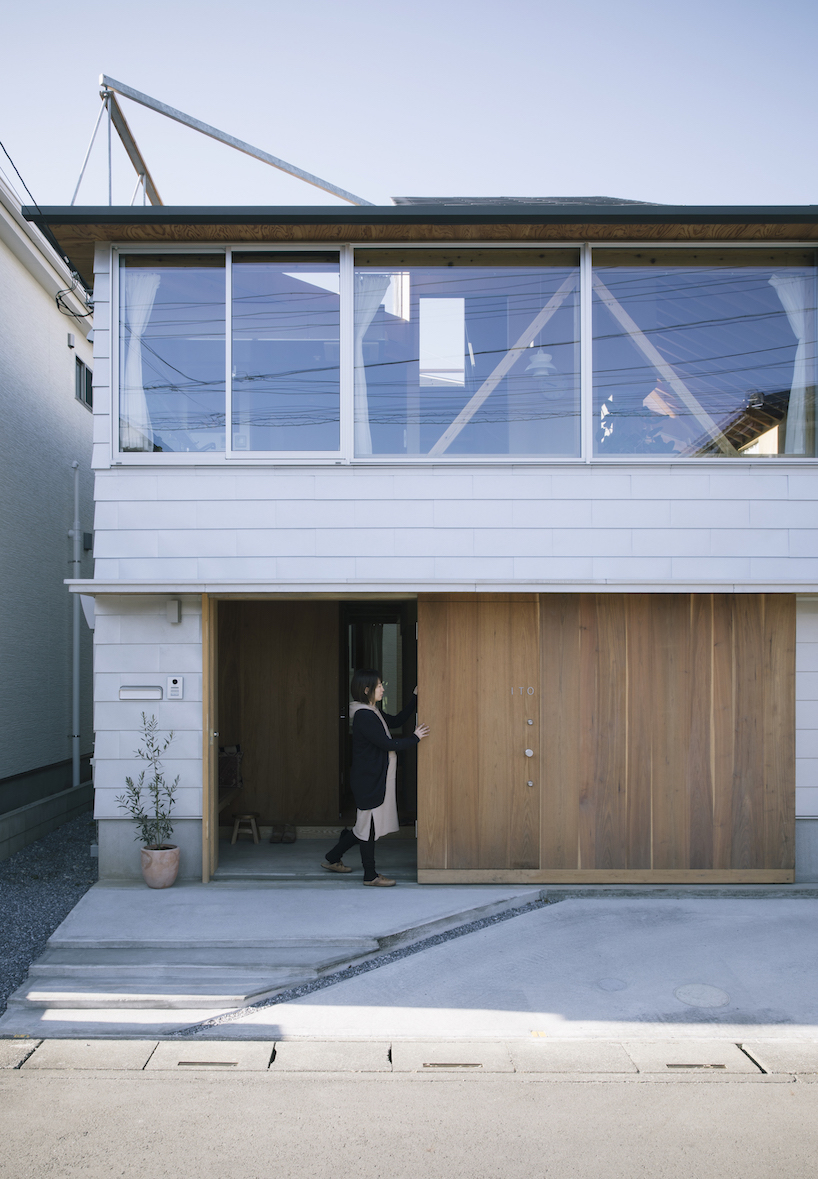 the entrance door can be opened in two ways, normally as a hinged door, but also as a big sliding door to connect inside-outside

the roof plan is formed at 45 degrees to create a variation of low and high ceilings. southern light is invited towards the living-dining area with the implementation of large glazed areas. the exposed concrete in the interior is constructed as a foundation, which appears similar to the neighbors from the outside, but the floor levels inside are shifted closer to the ground, creating the level difference from surrounding windows. 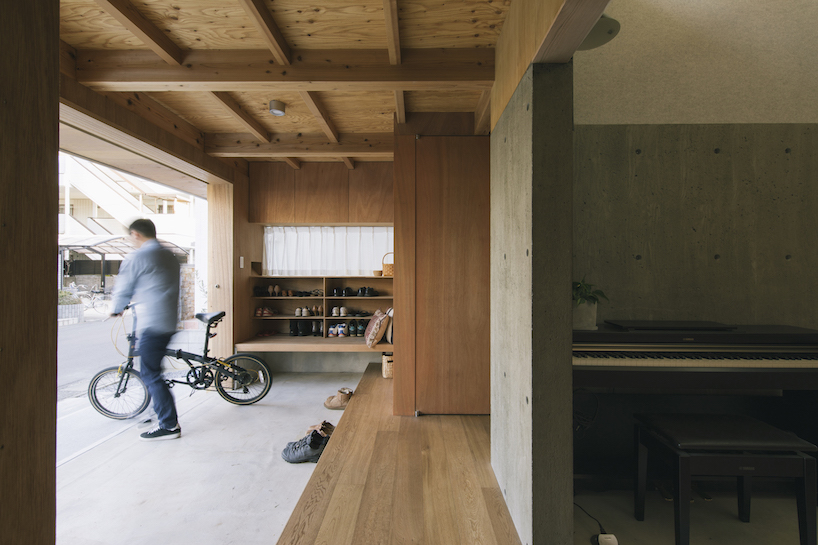 the entrance and the hall

the entrance door has a two-way opening system. normally working as a hinged door, it can also function as a large sliding door to connect the entire internal space with the outside. from the client’s brief and the design by the architects, the ‘house in kita-koshigaya’ brings an imaginative interpretation of suburban life in japan, as a middle point between metropolis and nature. the project intends to create an architecture to amplify the imagination, learning from new and old histories of lifestyles and architectural languages. 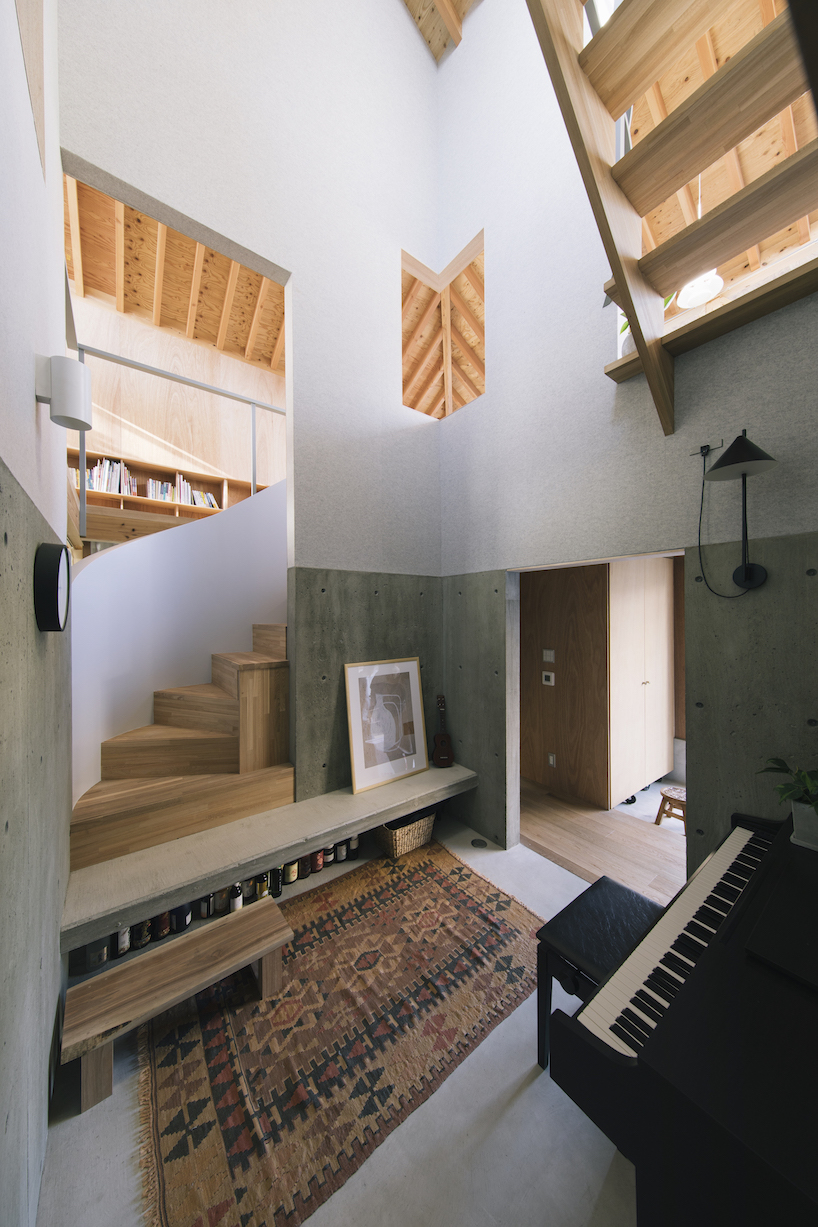 the hall positioned in the middle of the home, working as both a music space and vertical circulation 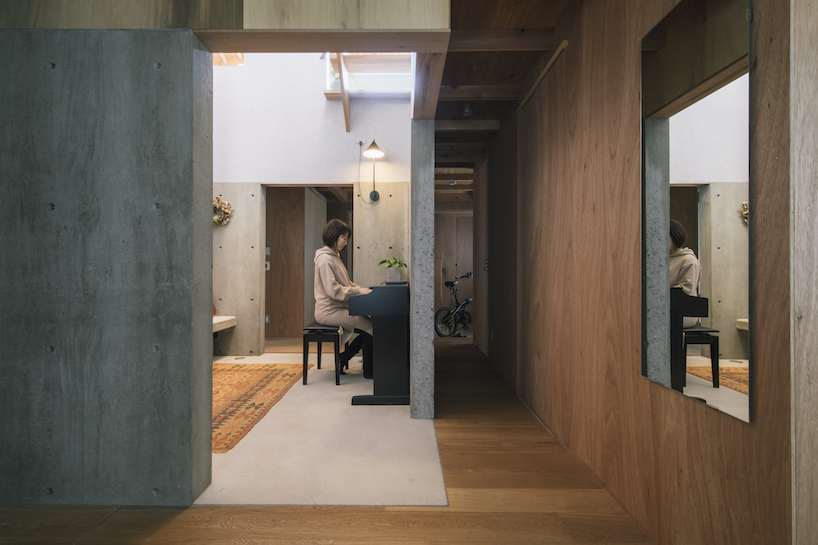 the hall with a piano, whose wall is built as a rough concrete foundation 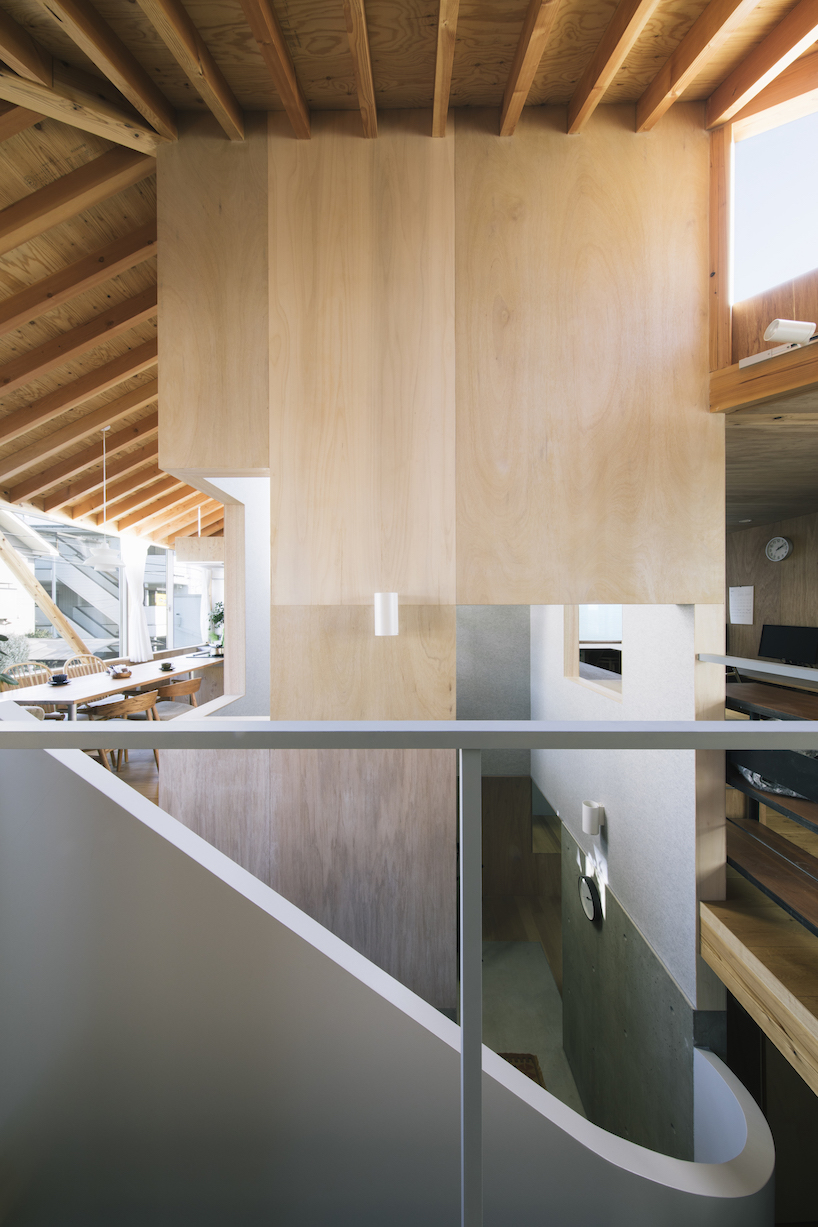 view of the porous hall walls and the stairwell 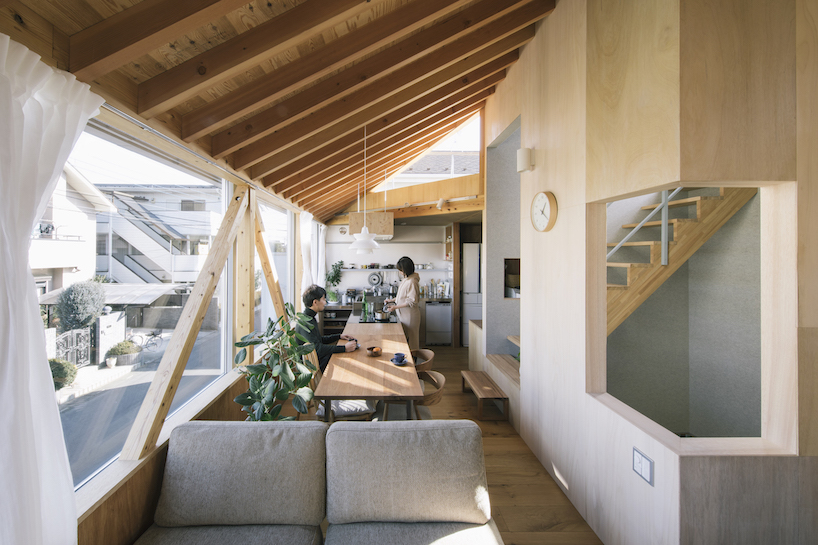 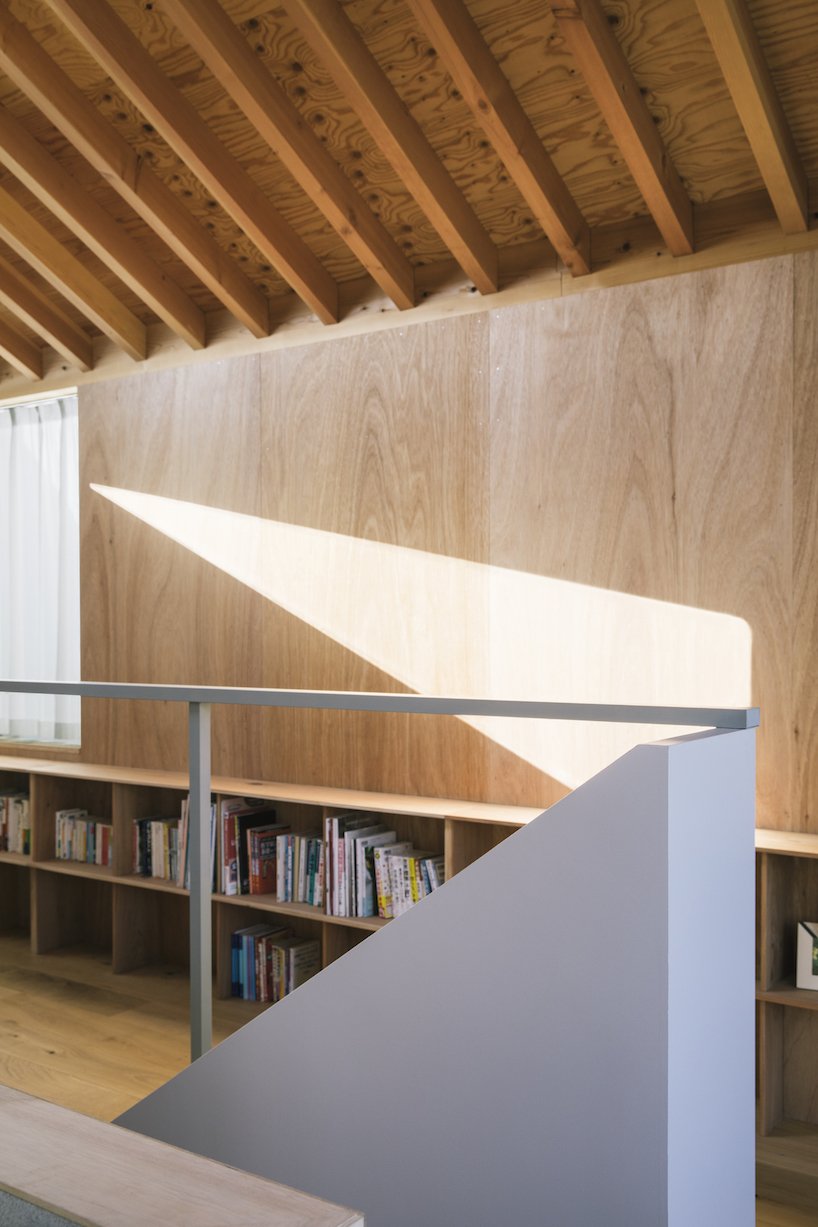 southern sunlight coming from high side window between two roofs 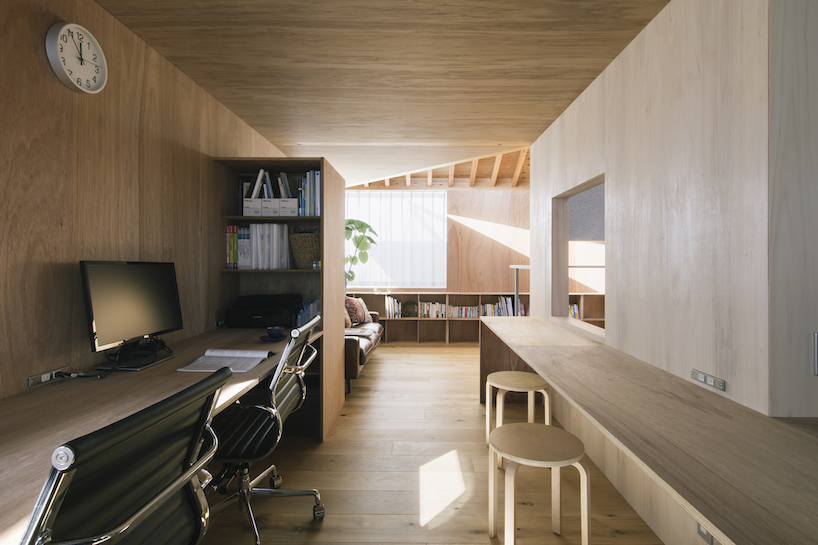 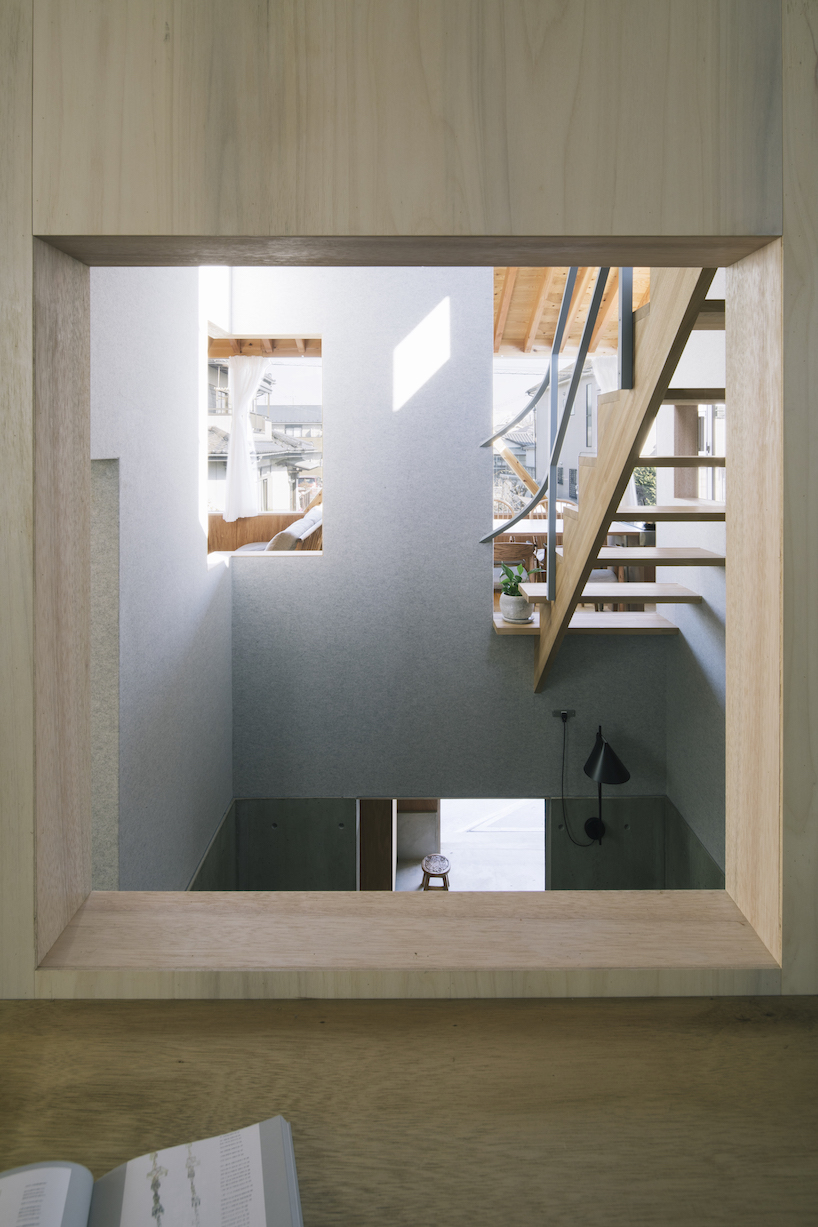 view from the workspace, towards the dining area 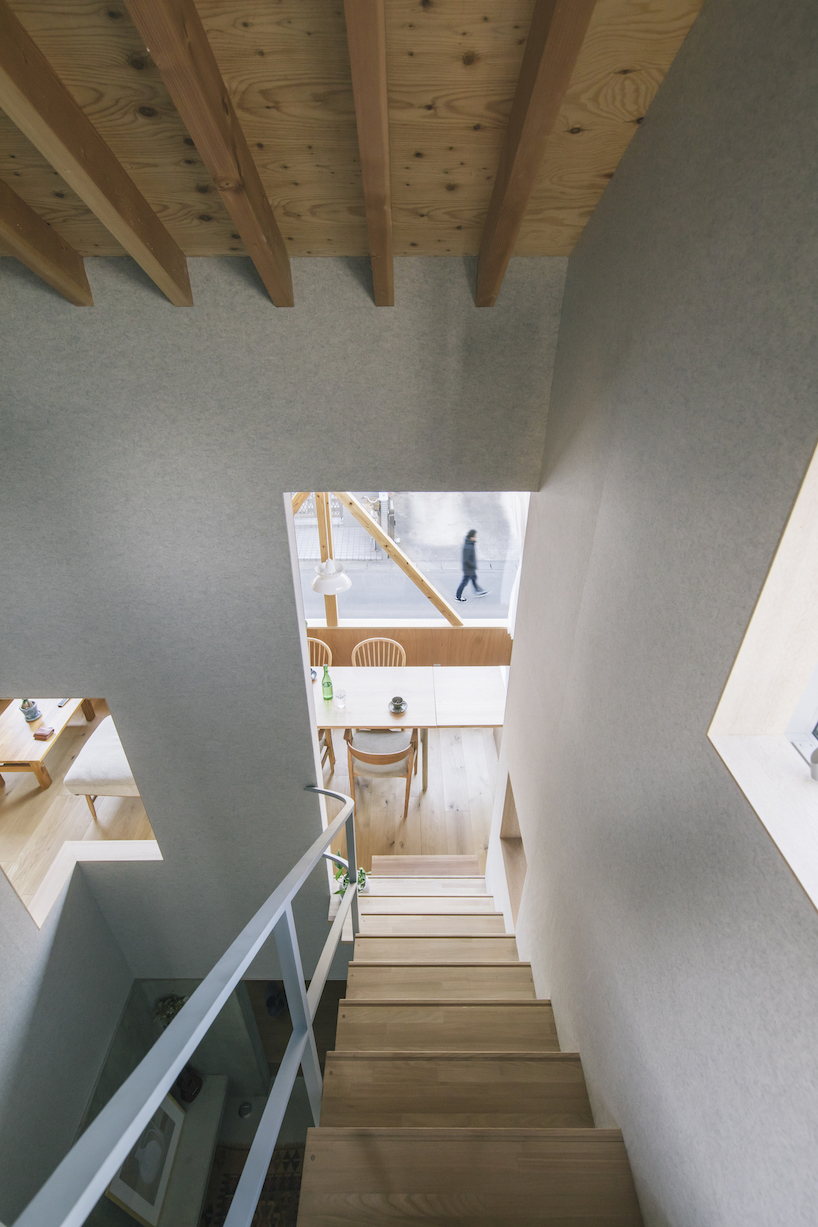 view of the staircase from the rooftop 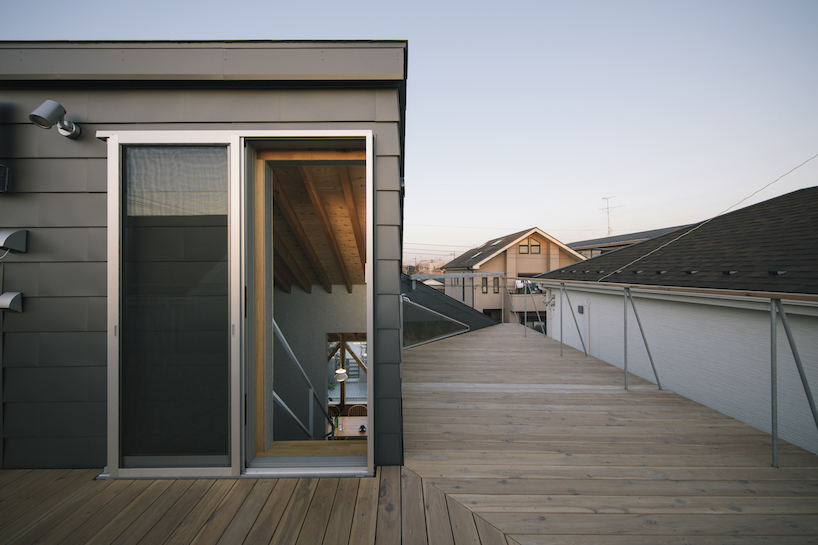 the house benefits from an L-shaped rooftop with wooden deck

Oct 14, 2021
BIG's 'the smile' apartments include high-tech robots that put away your furniture
BIG’s the smile is the first building in new york city to outfit some of its apartments with a modular furniture system by bumblebee spaces.
architecture
0 shares
connections: +750