‘el domo de tampiquito’ is a commercial/residential building in monterrey, mexico. the space was completed by arquidromo, who created the rental property for a private client. designed with a specific user in mind–young entrepreneurs–‘tampiquito’ provides amble room to start and run a developing business. 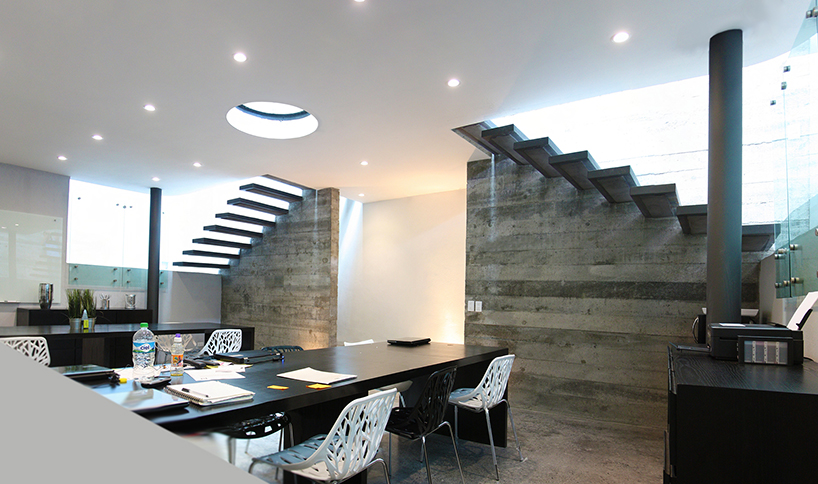 industrial materials were used to decrease building costs in order to make the home more affordable for possible tenants. the main challenge consisted of achieving a spatially rich, fresh and naturally illuminated dwelling with as little excess as possible. arquidromo was tasked to design a plan that would cover the entire footprint over three levels. this resulted in pushing the building’s outer walls to the property’s extremities. however, municipal building regulations prohibit placing windows overlooking neighboring lots; so windows could only be placed on the front and rear face, which severely disabled natural light. 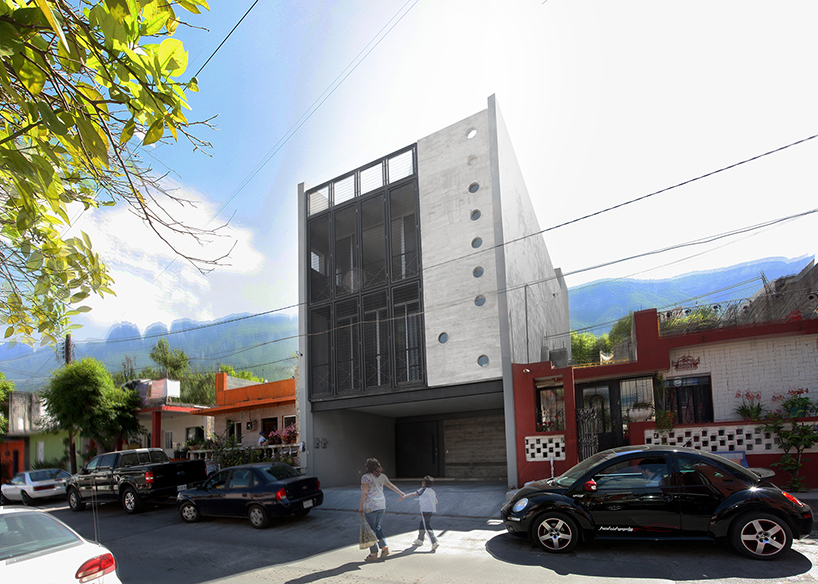 the solution became the defining concept which spacial distribution and form were then designed around. a large dome–roughly a 4.5meter diameter cylinder–is the main, central element in the space. the form cuts across the third level of the building in order to illuminate office spaces on the first levels naturally. in addition to sourcing light–and containing a stairway to a roof garden–the dome also works as a solar chimney to suck hot air up and out, maintaining a fresh and comfortable interior. 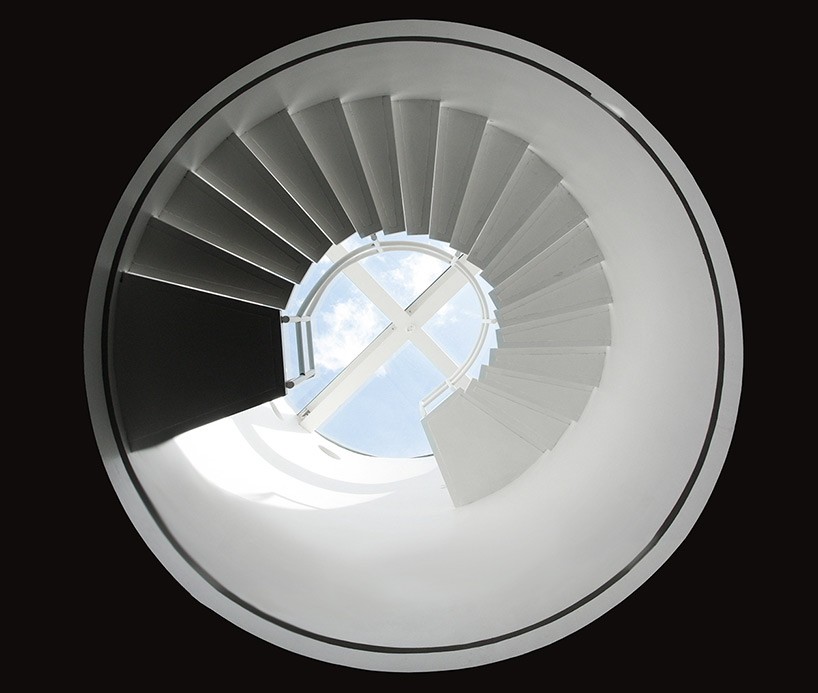 internal walls were omitted and building’s floor slabs were organized in half-levels reminiscent of adolf loos’ ‘raumplan’. the resulting form is a collection of interconnected and illuminated spaces, giving a perception of total amplitude in an inviting environment for young entrepreneurs. 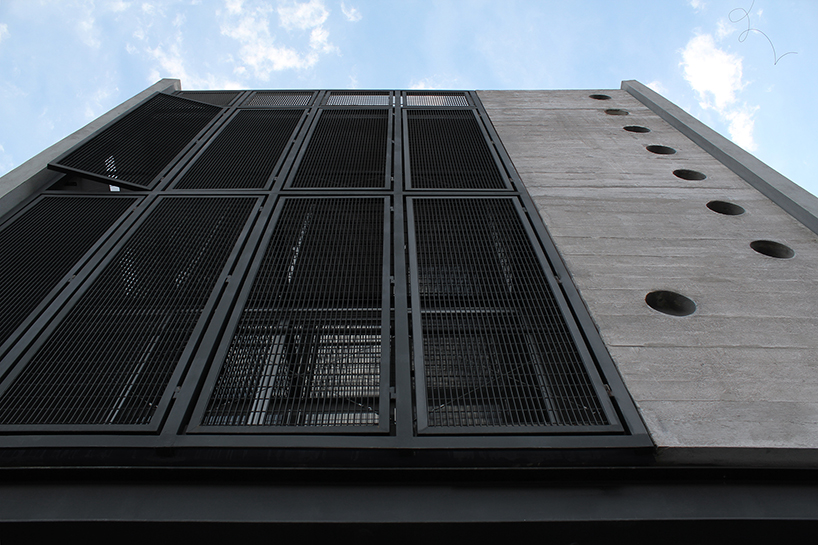 the front façade is able to open and close 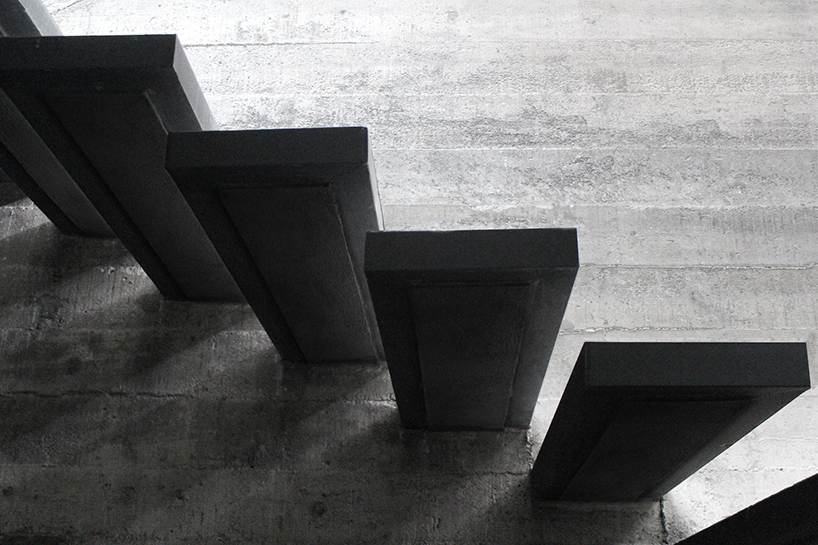 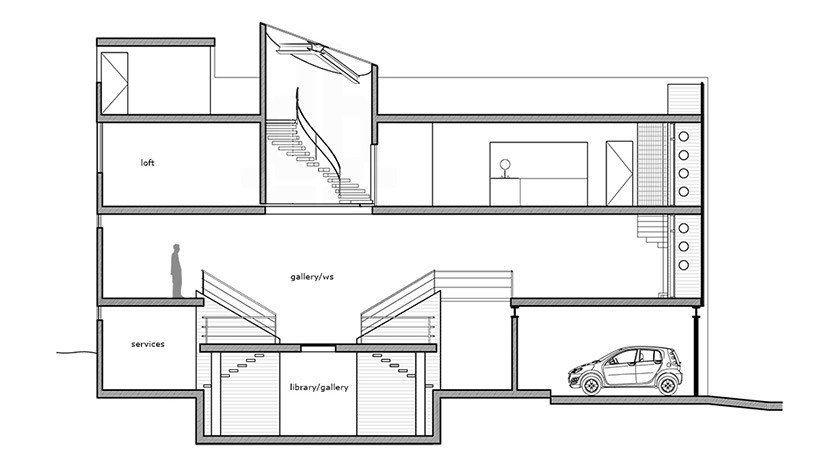