‘team chicago: city works’ in the arsenale at the venice biennale image © designboom

scroll down for more information about the proposals… 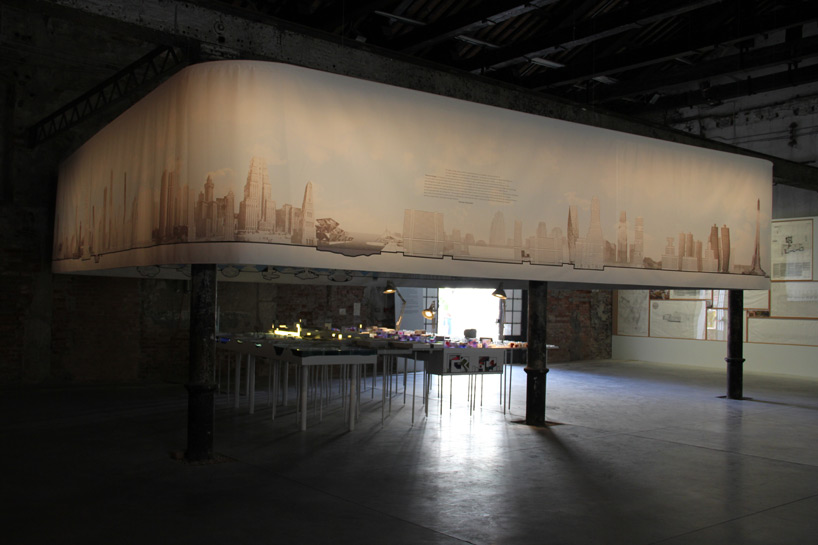 ‘phantom chicago’ by alexander eisenschmidt, 2012, an elevated band composed of unbuilt projects for chicago wraps the exhibit within the arsenale image © designboom 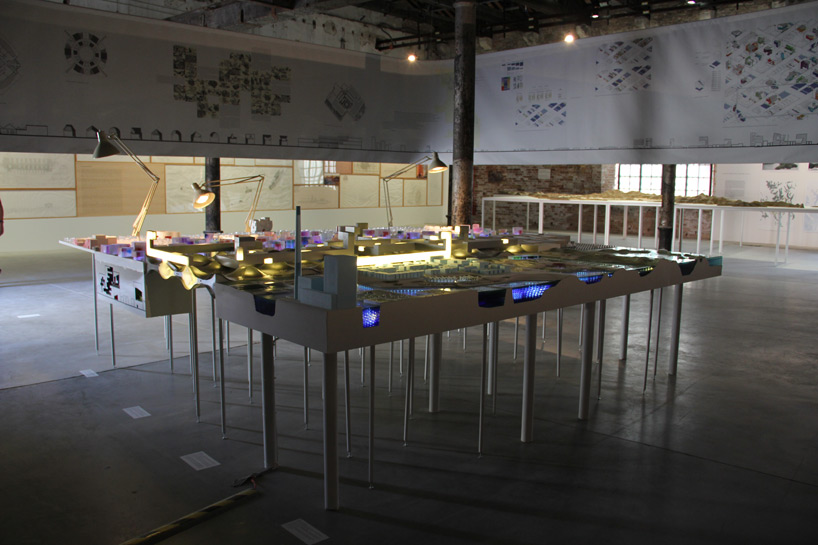 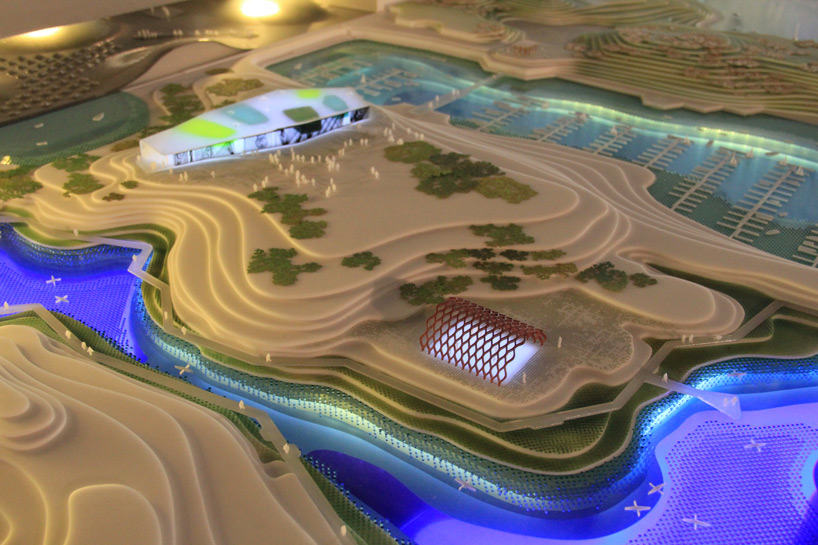 studio gang architects re-envisioned the edges of the city’s waterways as a strategy for urban transformation. introducing urban activity along the network will generate a diverse ecosystem. vividly tinted and illuminated layers of acrylic and 3D printed resin comprise the model of water bodies, parkland, hardscape and buildings. 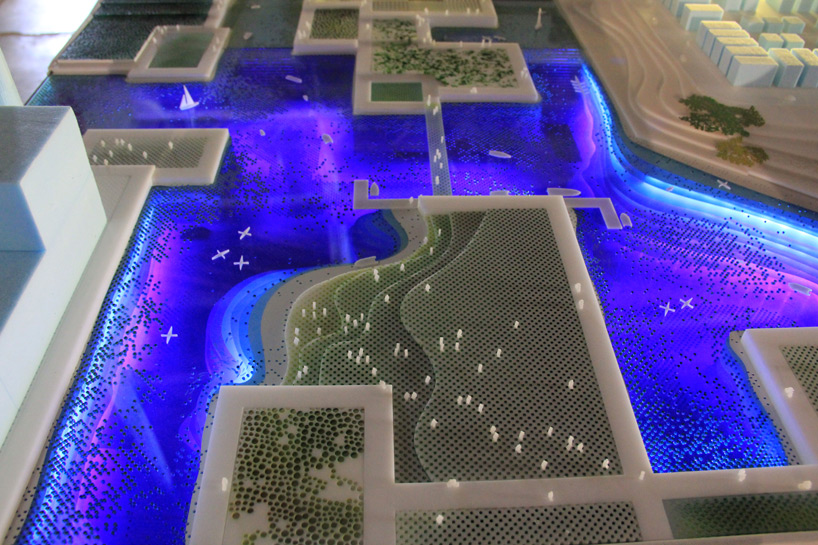 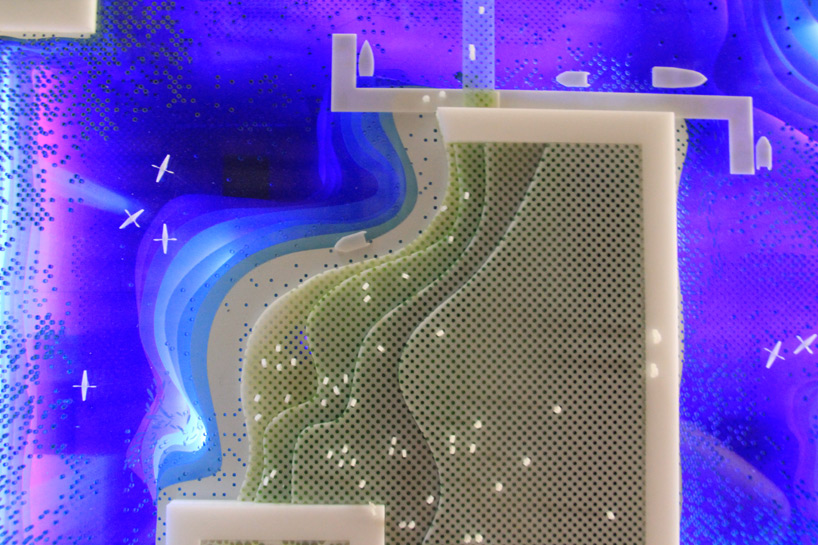 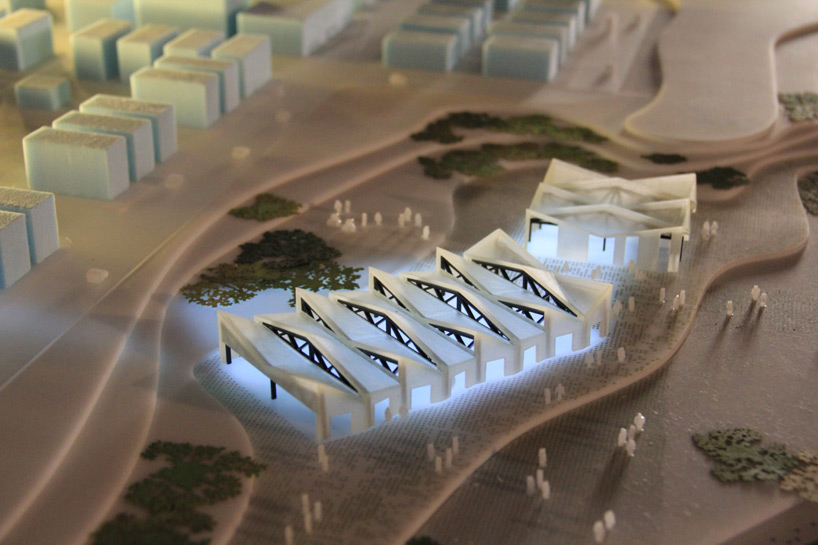 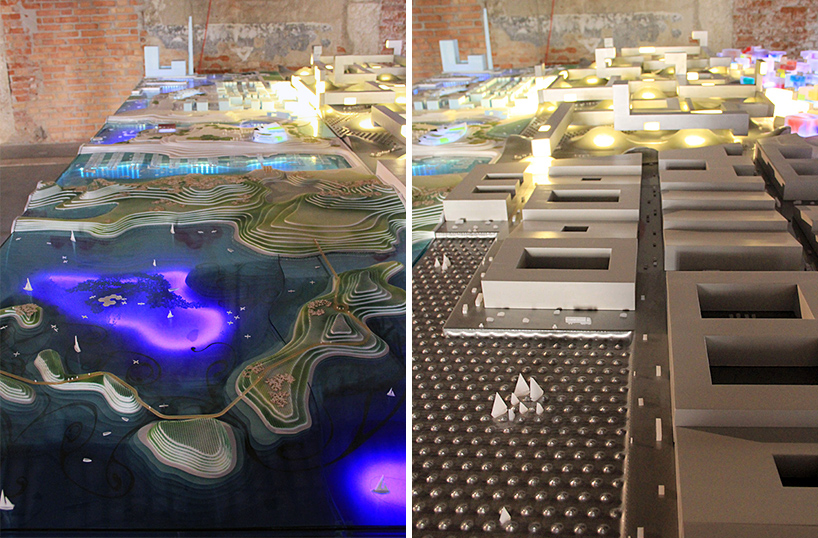 the ‘free-water-district’ by urbanlab turns to the urban post-industrial zones found throughout the region of the great lakes which can offer their resource of abundant fresh water to the towns with diminishing populations positioned within the rust belt. a shared mega-structure can cross boundaries and test relationships between private/public and land/water sources. 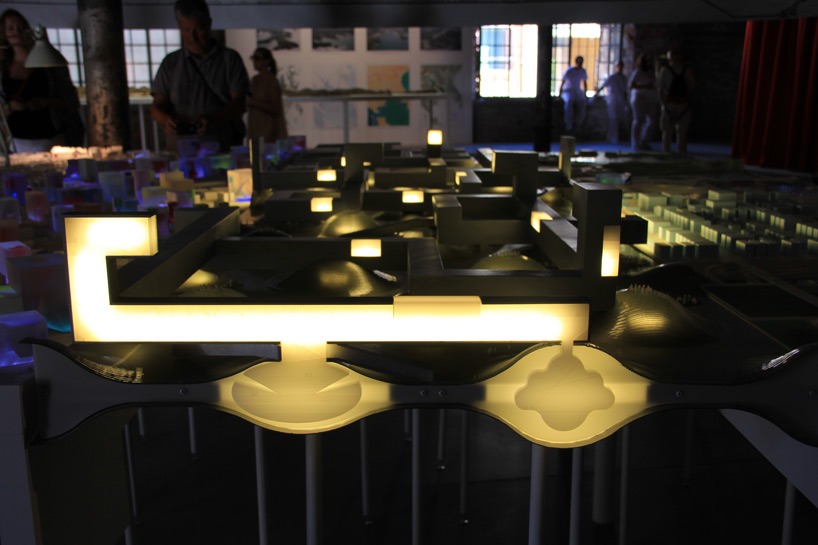 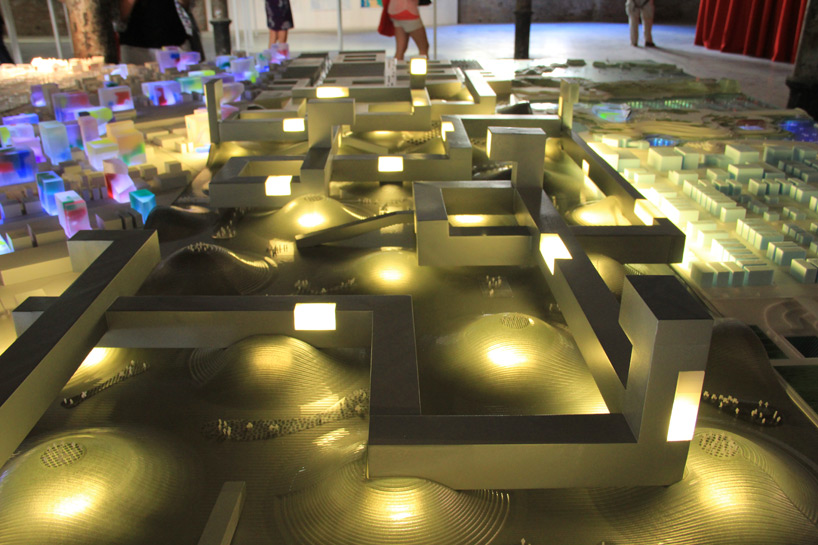 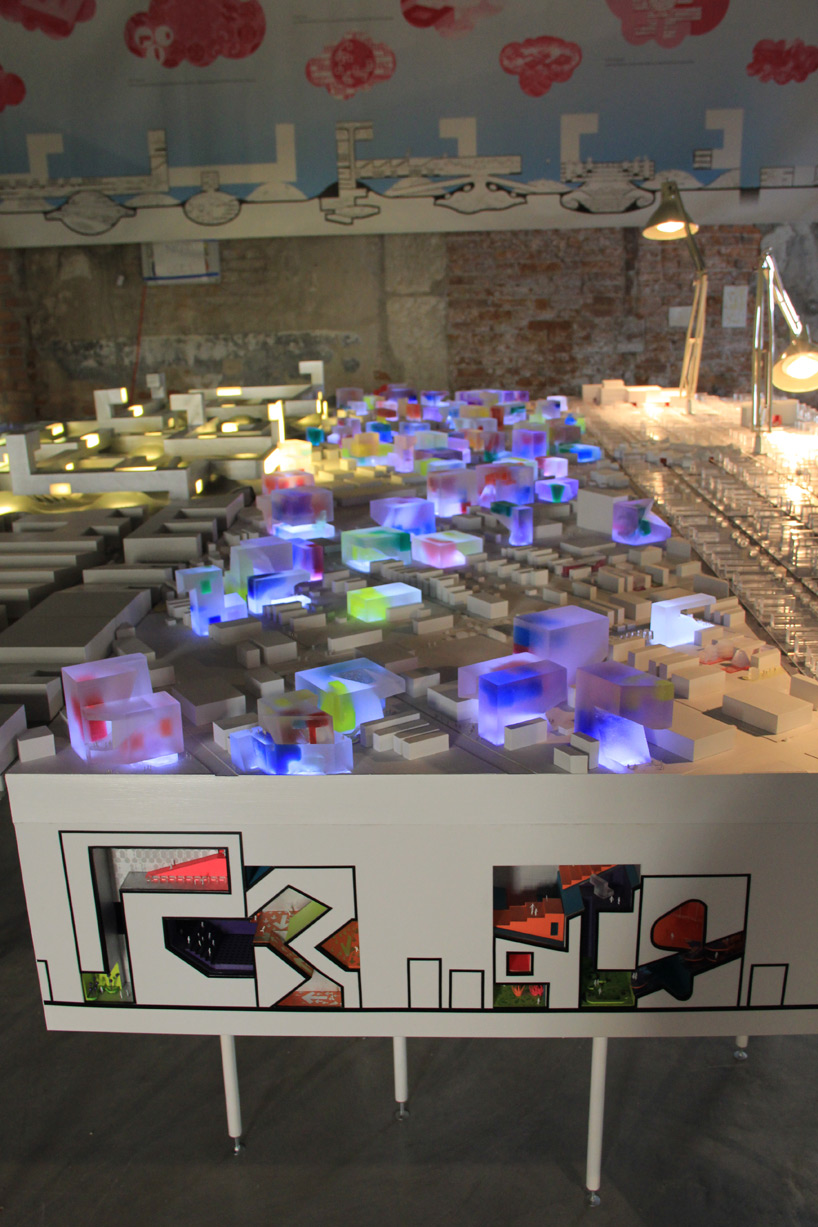 with ‘the available city’, david brown addressed the approximately 11,000 city-owned vacant properties which cumulatively exceed the area of chicago’s central loop district. glowing, translucent cast resin blocks with colored accents identify these lots and propose uses for public spaces both inside and outside of structures. 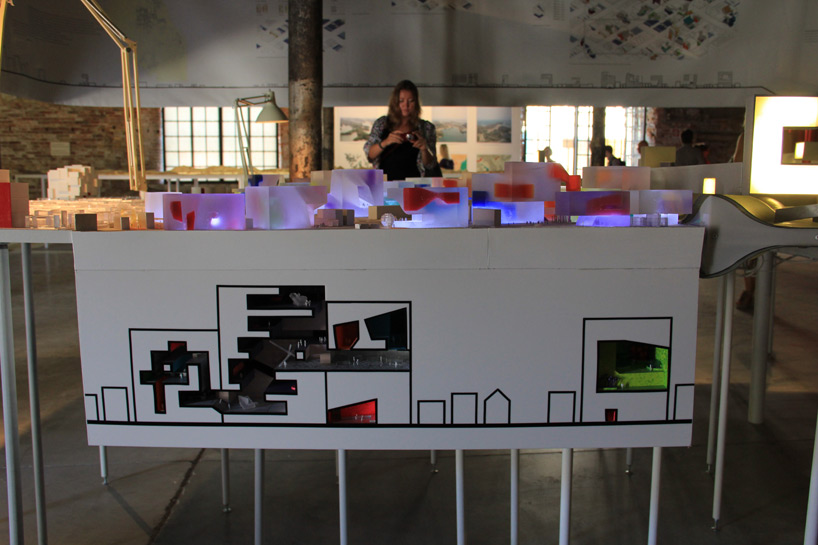 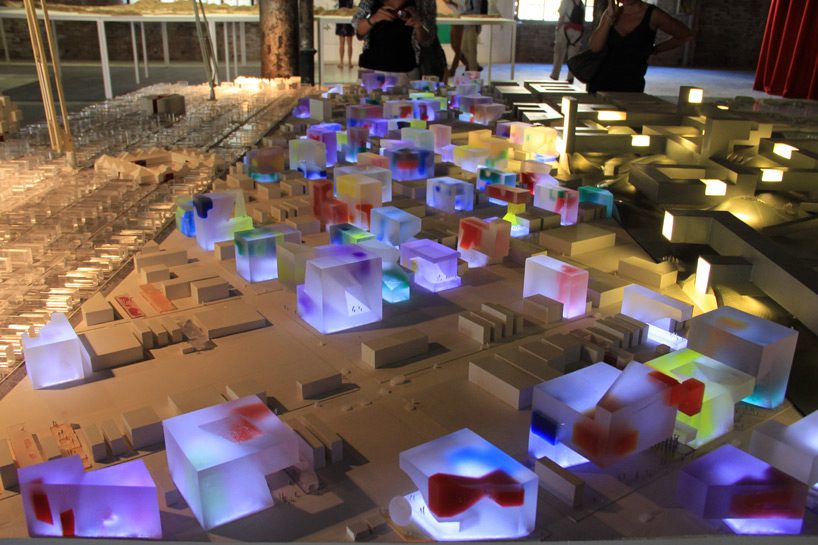 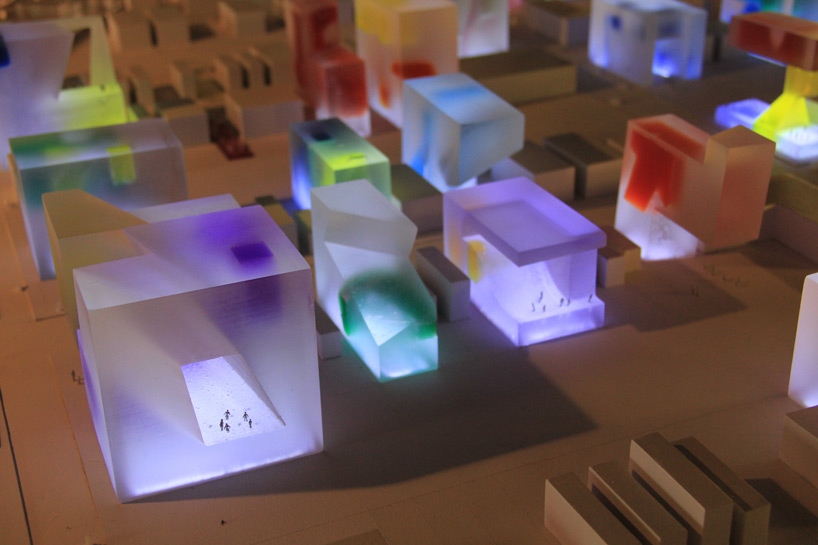 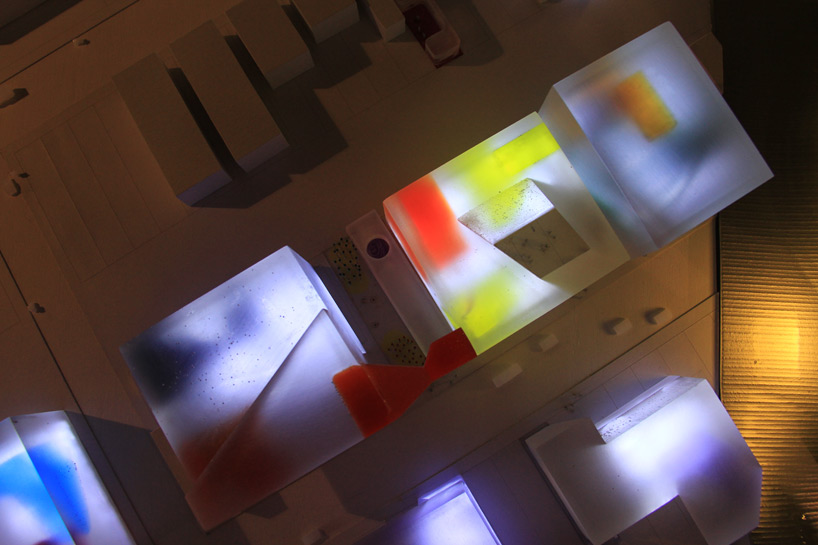 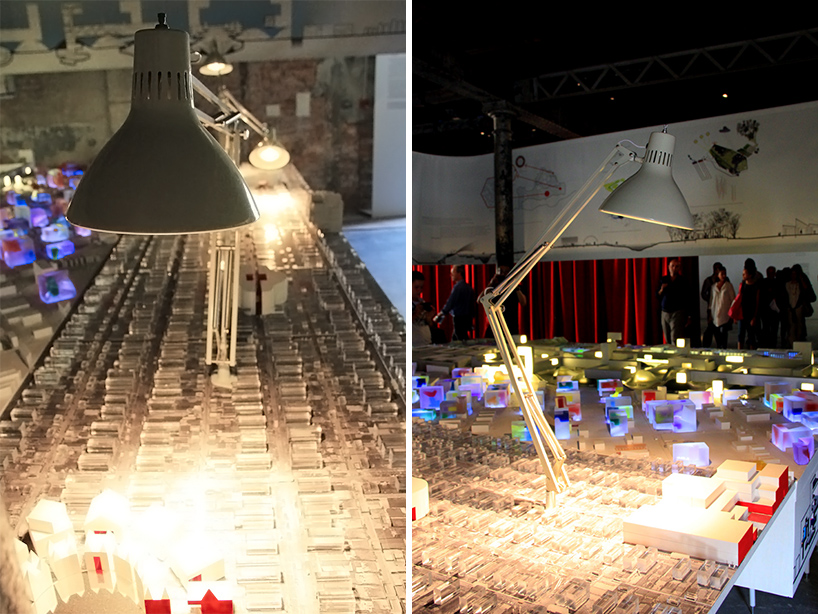 ‘displacement of the gridiron with the cloister’ by stanley tigerman, 2012, 3D printed plastic and acrylic blocks on painted wood base with aerial photograph base images © designboom

stanley tigerman strategically places large forms which become archipelago independent cloisters within the rigid urban grid. a site model is formed with transparent acrylic blocks set upon a base imprinted with a black and white aerial photograph. typical architect’s desk lamps are clamped into the site model, directing their lights upon the clusters of structures which become a hub of activity for inhabitants. 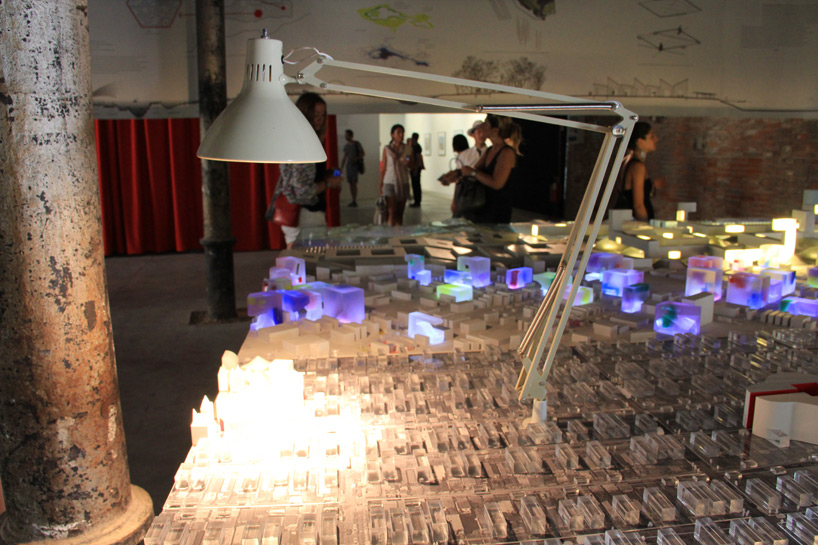 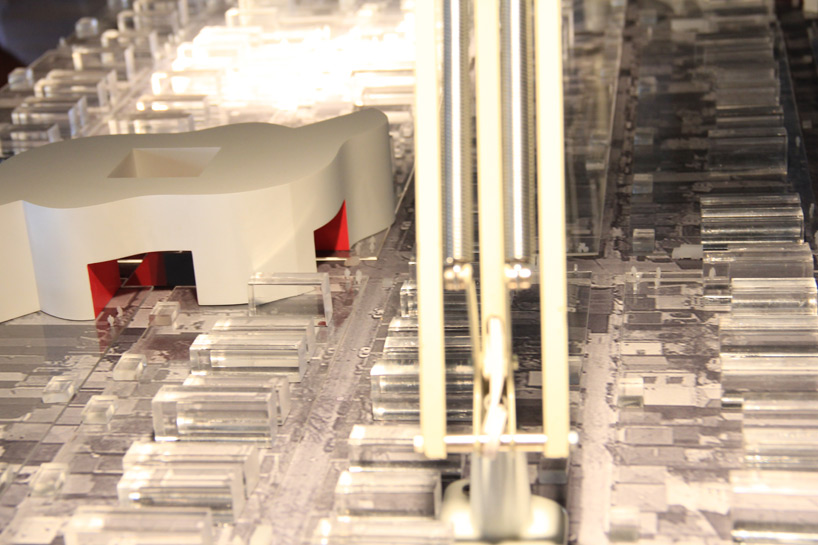 large structures are placed within the urban grid image © designboom 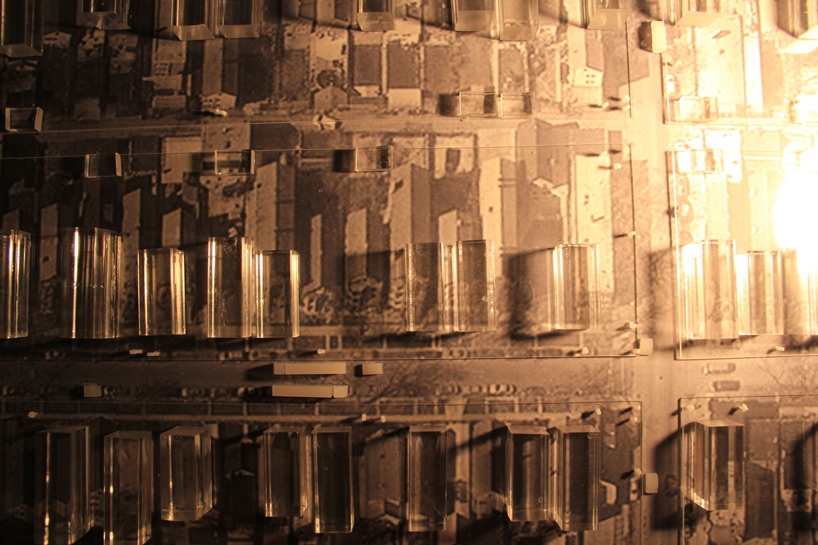