brooklyn-based nonprofit architecture and urban design firm terreform one has designed a butterfly sanctuary that will double as the facade of a new eight-story office building in new york. from inside, people will be able to look out into the giant terrarium where special vegetation will work to support monarch butterflies through their life cycle. 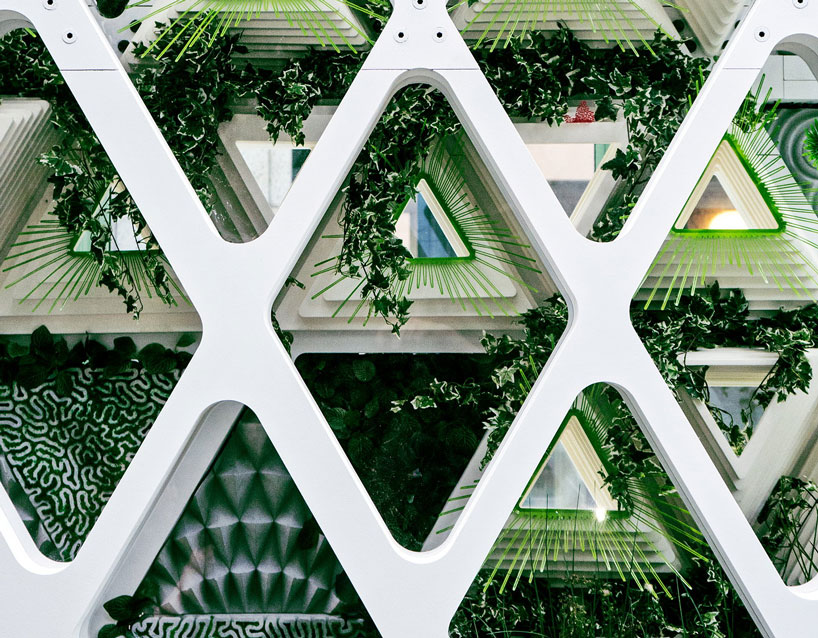 images courtesy of terreform one

the vertical meadow will feature suspended milkweed vines and flowers that will grow from 3d-printed tiles made from carbon-sequestering concrete. the air quality as well as other aspects of the environment of the structure will be monitored by butterfly-sized drones from intel.

there will also be gardens on the roof and a terrace, which will be filled with more pollinator-friendly plants. 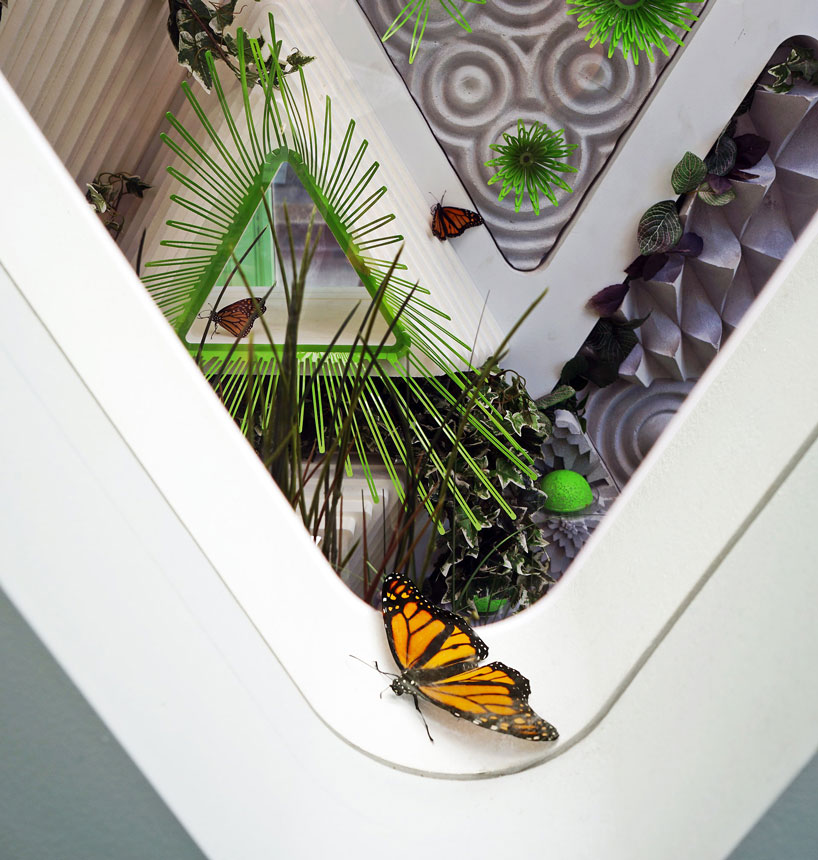 ‘we realized that what’s happening is literally extinction–to us and everything around us,’ mitchell joachim, founder of terreform one, told fast company. ‘the thought was we need to change our mantra from a group that’s consulting about the environment to a group that deals with design against extinction.’ 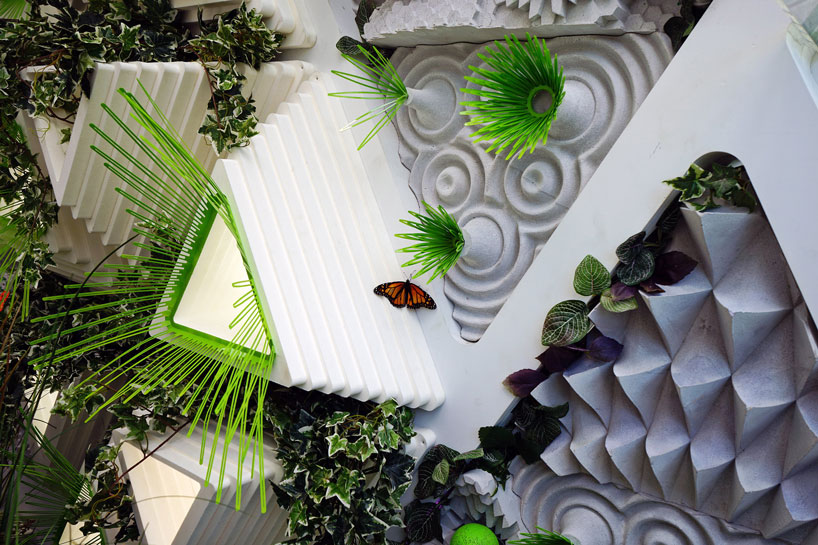 the project aims to increase awareness of insect extinction by making it more visible to the public. led screens placed at street level will project magnified views of the butterflies and caterpillars in the terrarium. 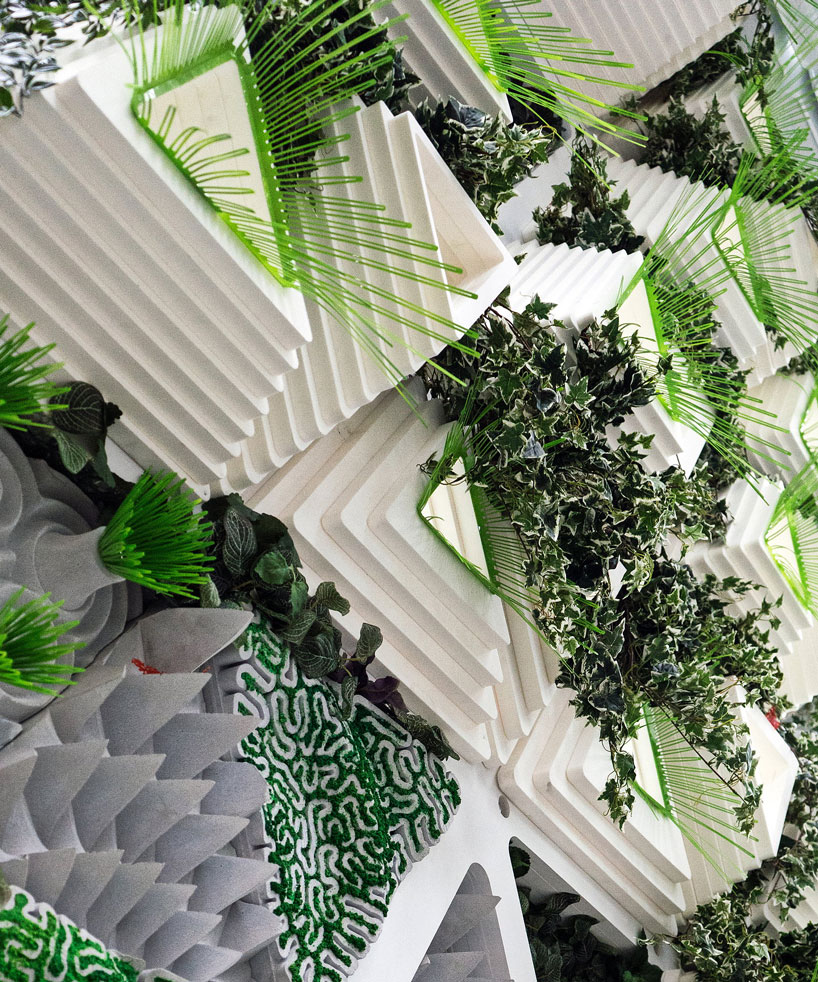 developers are currently working through the process of getting community approvals for the building, which is planned for manhattan’s nolita neighbourhood. in the meantime, the designers have tested a full-scale version of the facade near their office at brooklyn navy yard. 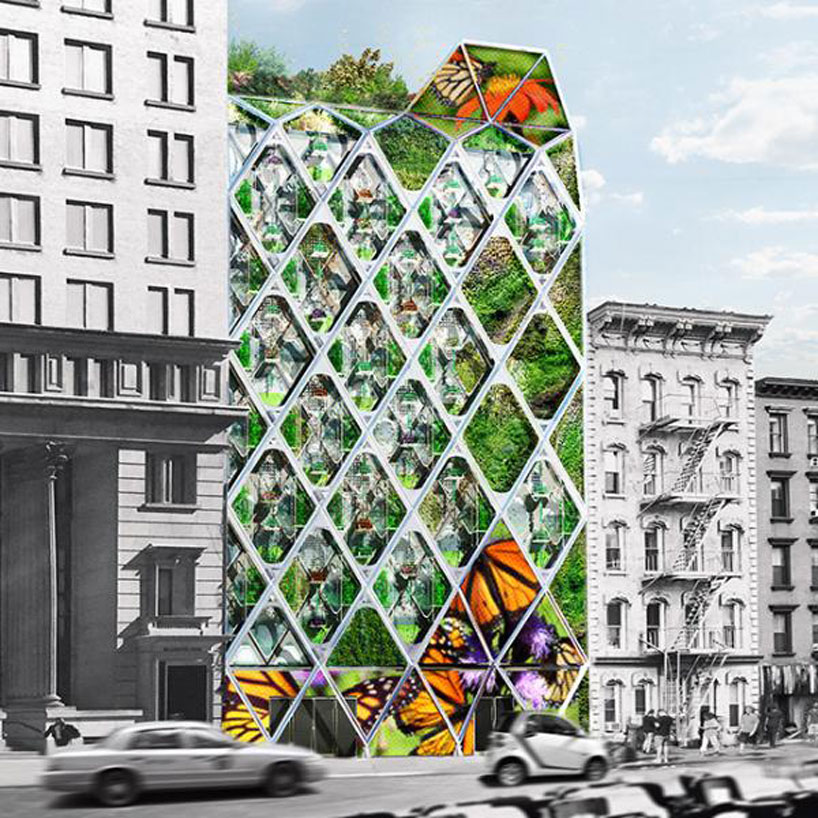 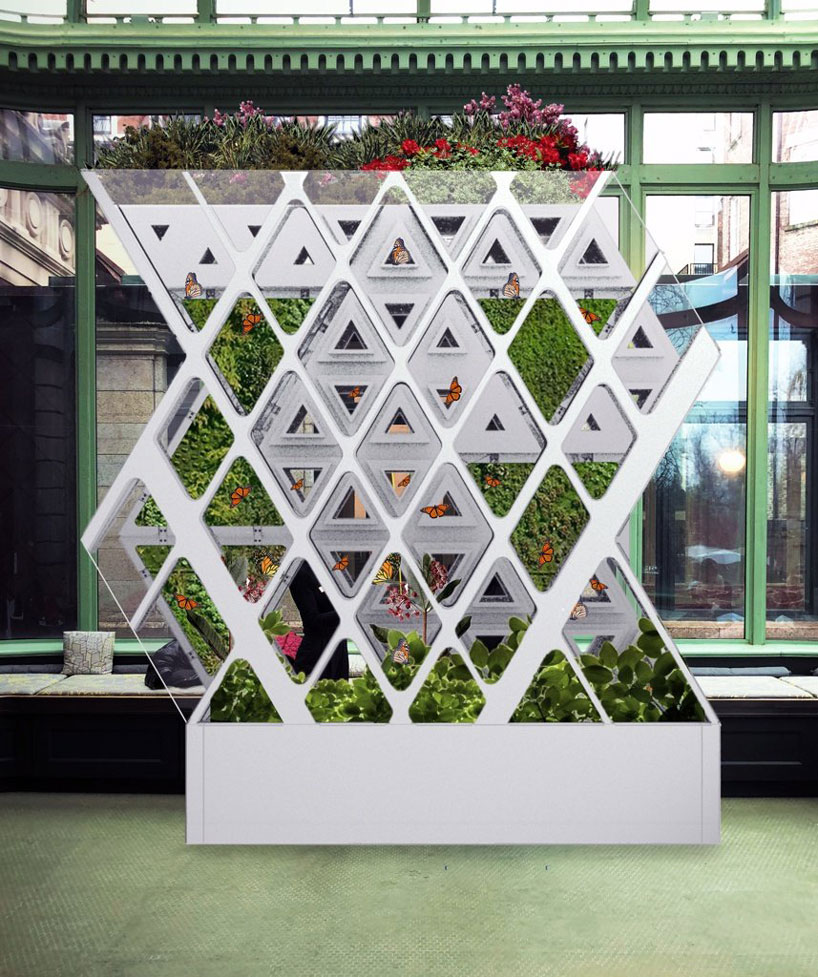 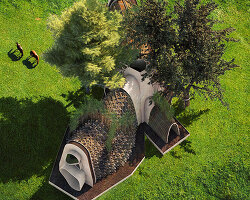 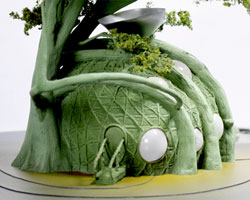 Aug 23, 2013
fab tree hab is a living graft prefab structure by terreform one 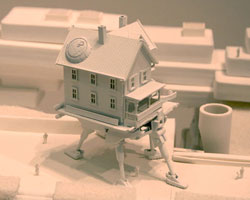 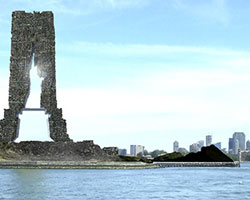