poster of the exhibition

‘the world’s only surreal architect’ terunobu fujimori constructs structures that look like they were taken from a fairy tale. an exhibition of works by renowned architect and architectural historian terunobu fujimori takes place at the GA gallery in tokyo – shibuya. through the mediums of sketches, models and documentaries, the exhibition aims to provide visitors with a chance to better understand the creative genius behind this prolific architect, who has repeatedly separated himself from his contemporaries by focusing on the use of natural materials to create a number of unique architectural designs.

the exhibition will close tomorrow, on november 7th, 2010. 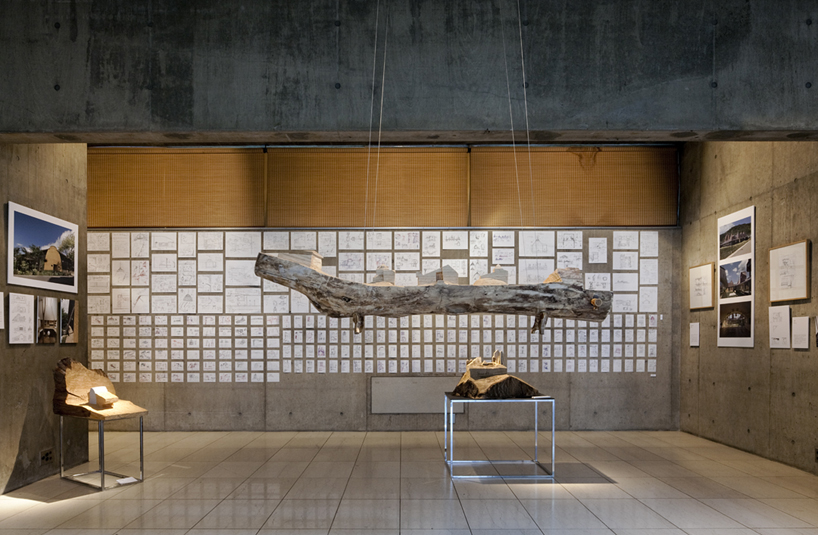 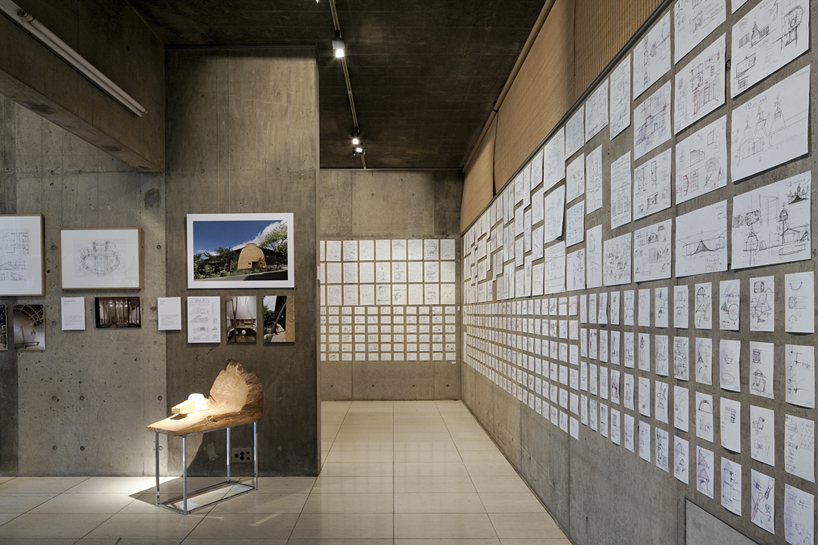 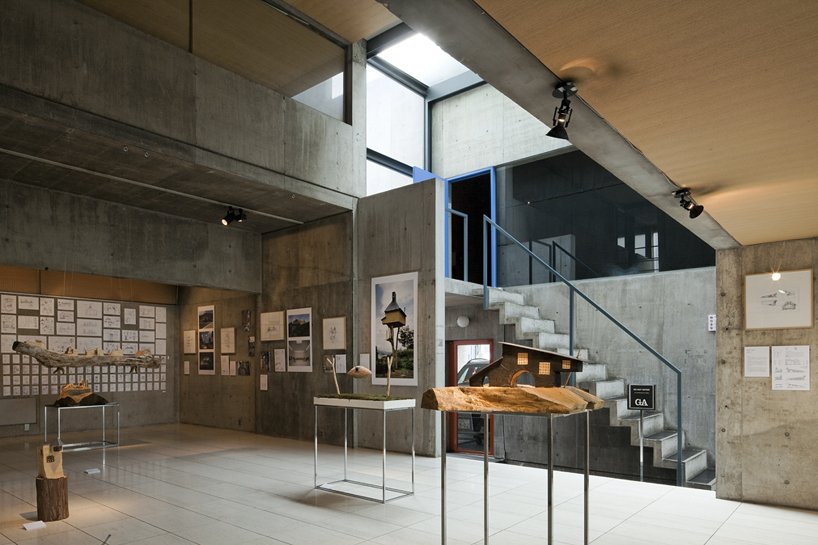 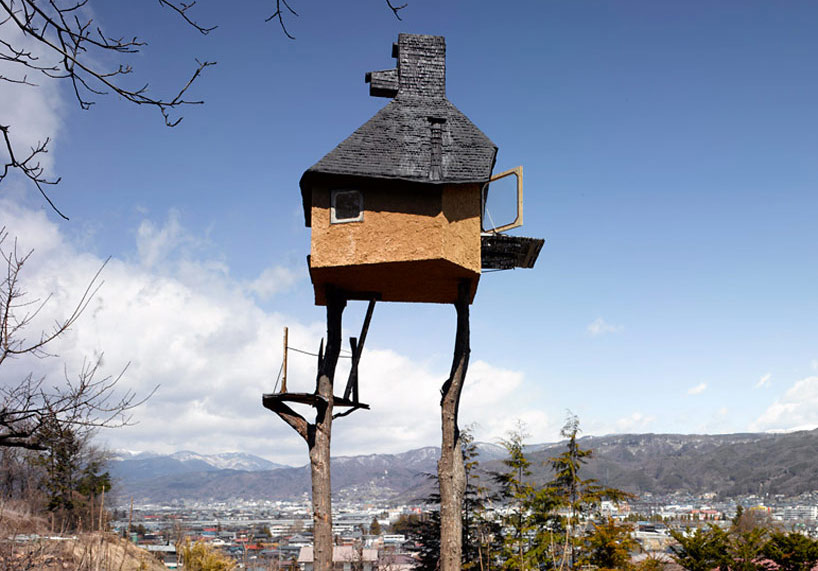 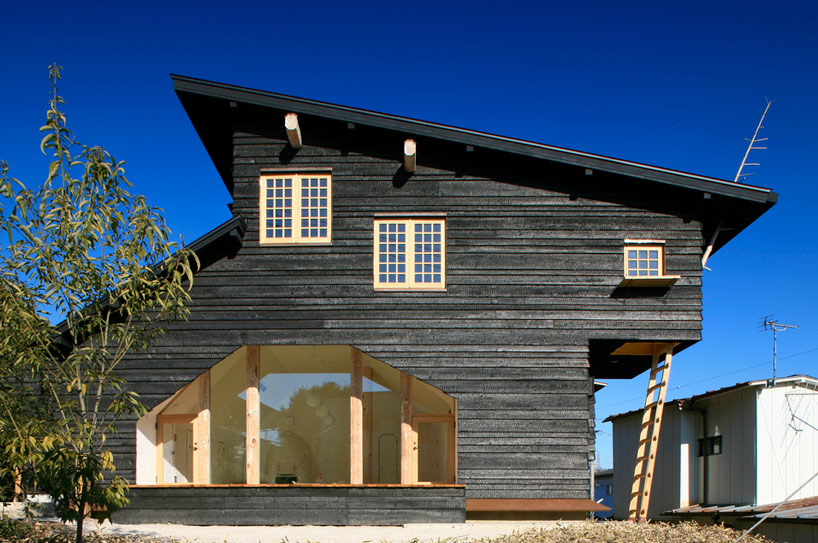 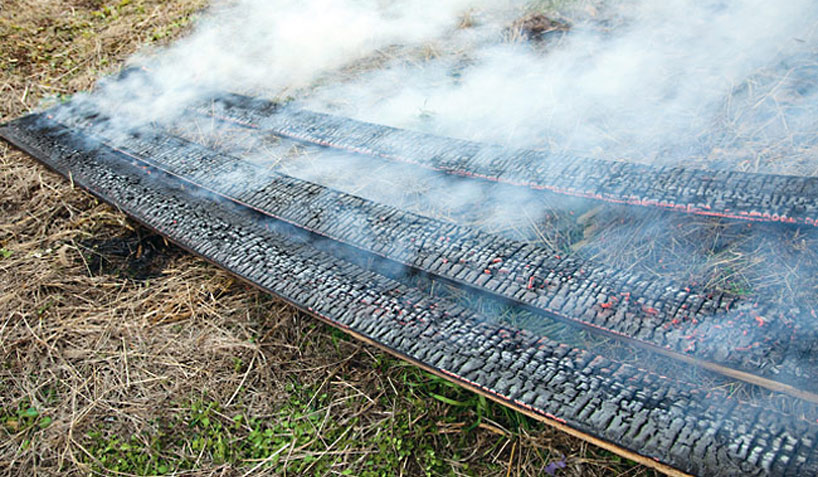 the process of charring cedar boards: the primitive and painstaking process is said to protect wood against rain, rot, and insects for 80 years.after the flames have been put out, the boards continue to crackle and smoke. charring the boards properly requires a delicate balance between just enough burning, but not too much. 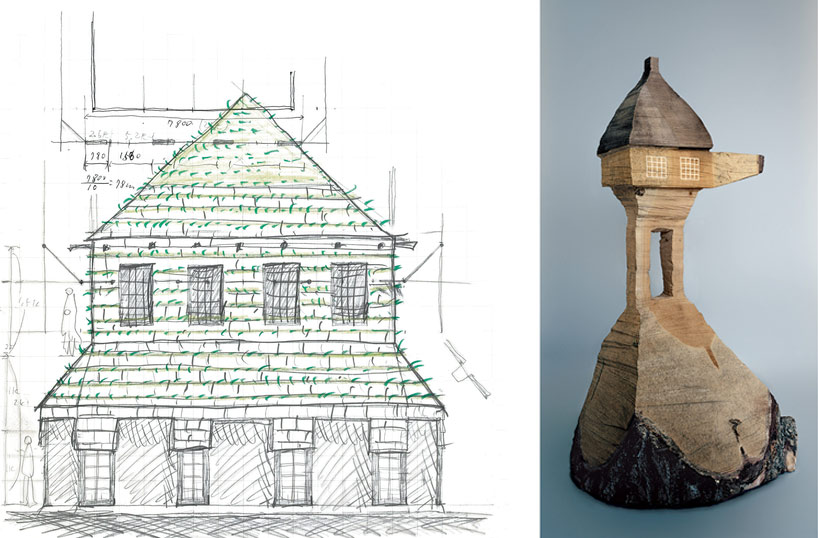 (left) dandelion house sketch with dandelions planted on the walls and roof; (right) fujimori carves many of his architectural models, like this one, for his too-high tea house, out of wood. 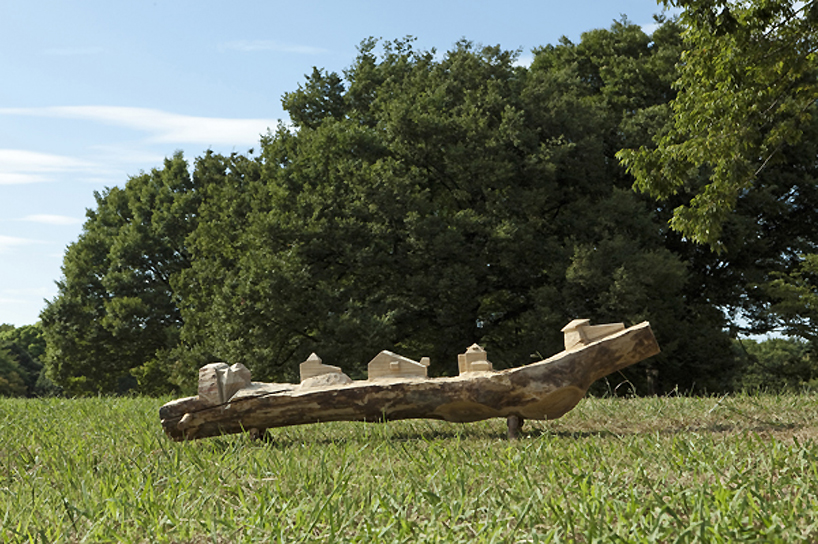 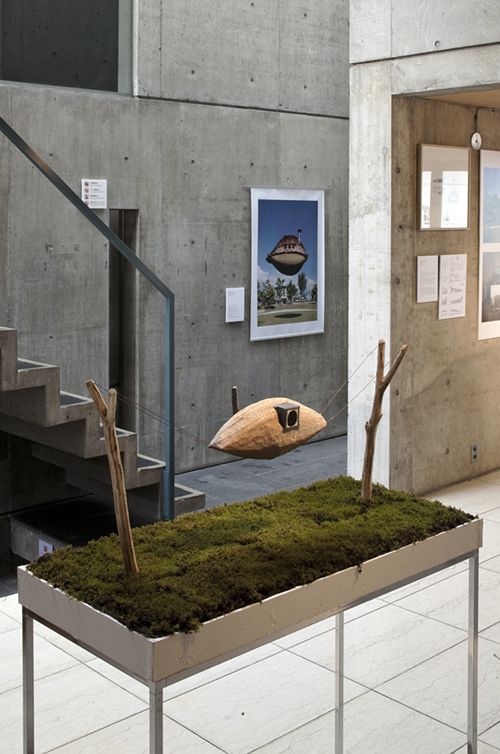 fujimori made a debut as an architect in 1991 at the age of 44 when he created the jinchokan moriya historical museum under commission from his hometown, chino city in nagano. fujimori’s architecture took a completely untried approach, enveloping a reinforced concrete structure with local stones, earth, and hand-cut planking. the result caught the public’s imagination, but the architectural community was more dubious until kengo kuma praised it for generating fond feelings of familiarityin people who had never seen it before. as more and more people began to appreciate his work, fujimori went on to create the akino fuku art museum (1997), student dormitory for kumamoto agricultural college (2000), grass house (dandelion house) (1995) , nira house (leek house) (1997), which was planted with leeks, ichiya-tei tea house for morihiro hosokawa (2003), and the takasugi-an tea house (2004), set 6 meters above the ground like a treehouse. among these early works nira house (leek house) won him the japan art grand prix, and he was awarded the architectural institute of japan prize for design for the student dormitory for kumamoto agricultural college. 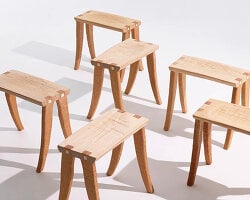 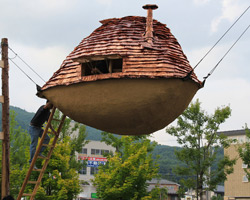