conceived with the idea of constructing a one-room dwelling, ‘house in chayagaska’ has an entirely open plan which is realized by a composition of ordinary room-size boxes of variable shapes that are stacked on top of one another in a staggered way. designed for a young couple and their two small children, tetsuo kondo architects felt that the home should be adaptable to the growing family’s needs, while also taking into consideration the rapidly developing area in which it is situated, nearby a new metro station. the client’s requested that as many common areas as possible be incorporated, so that they could spend more time together as a family. in response, tetsuo kondo architects have created an architecture that offers a subtle balance between connected and separated areas. each so-called room extends from a central staircase, creating a series of indoor terraces which offer views into the other areas of the house. this arrangement presents a complex relationship between each of the volumes, such that if one part was to be changed, the entire building would be influenced in some way. 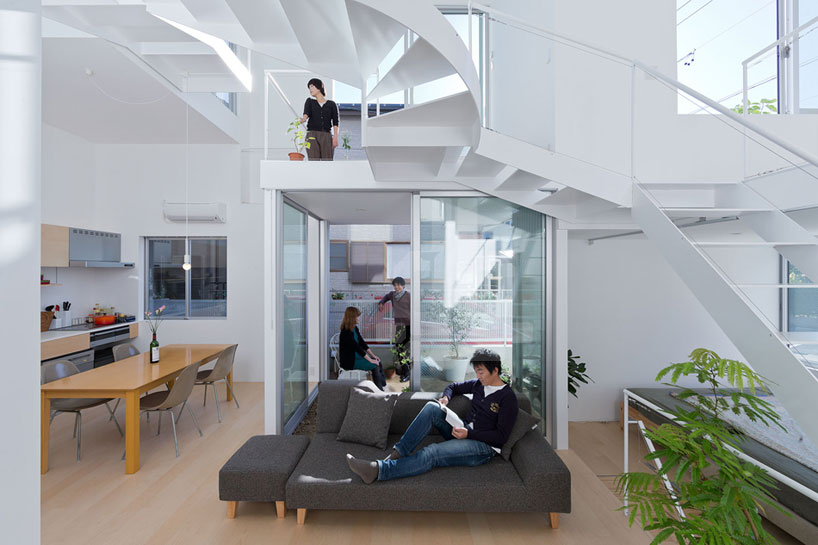 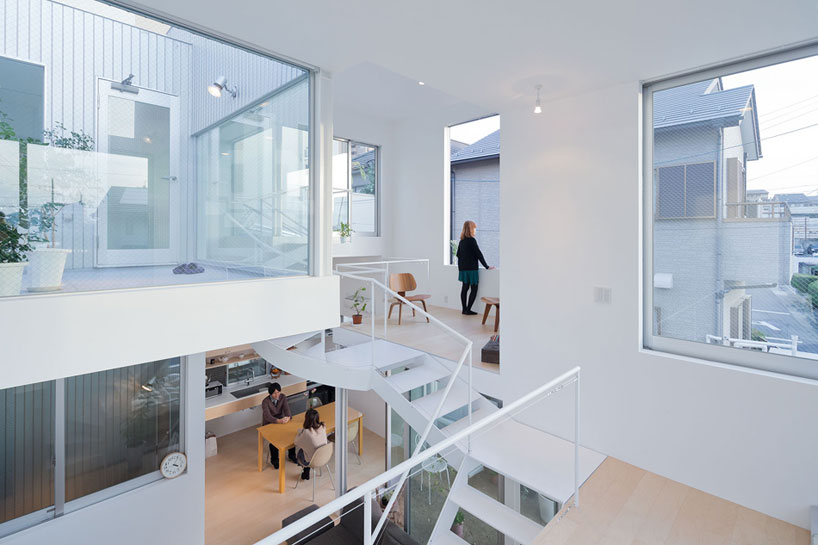 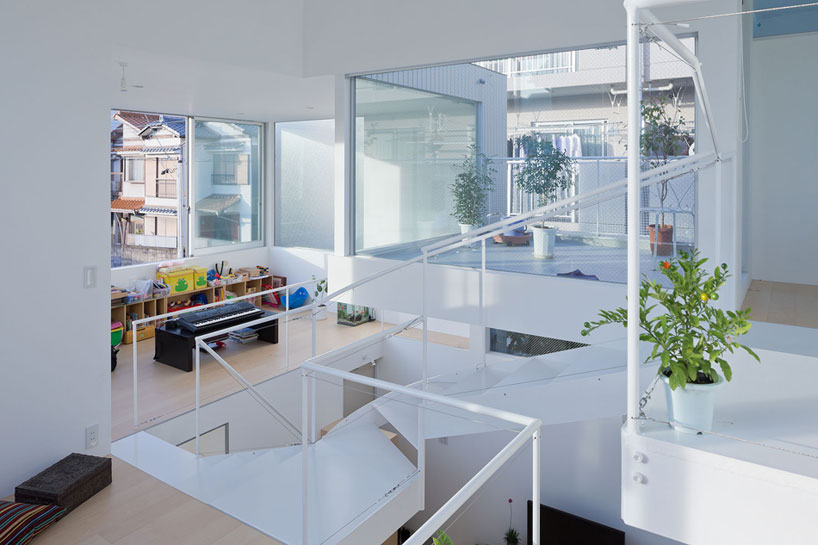 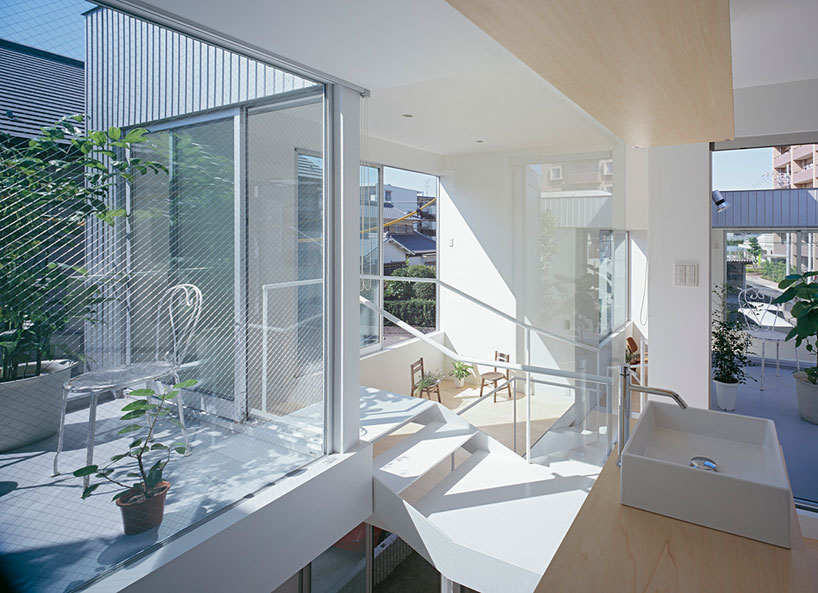 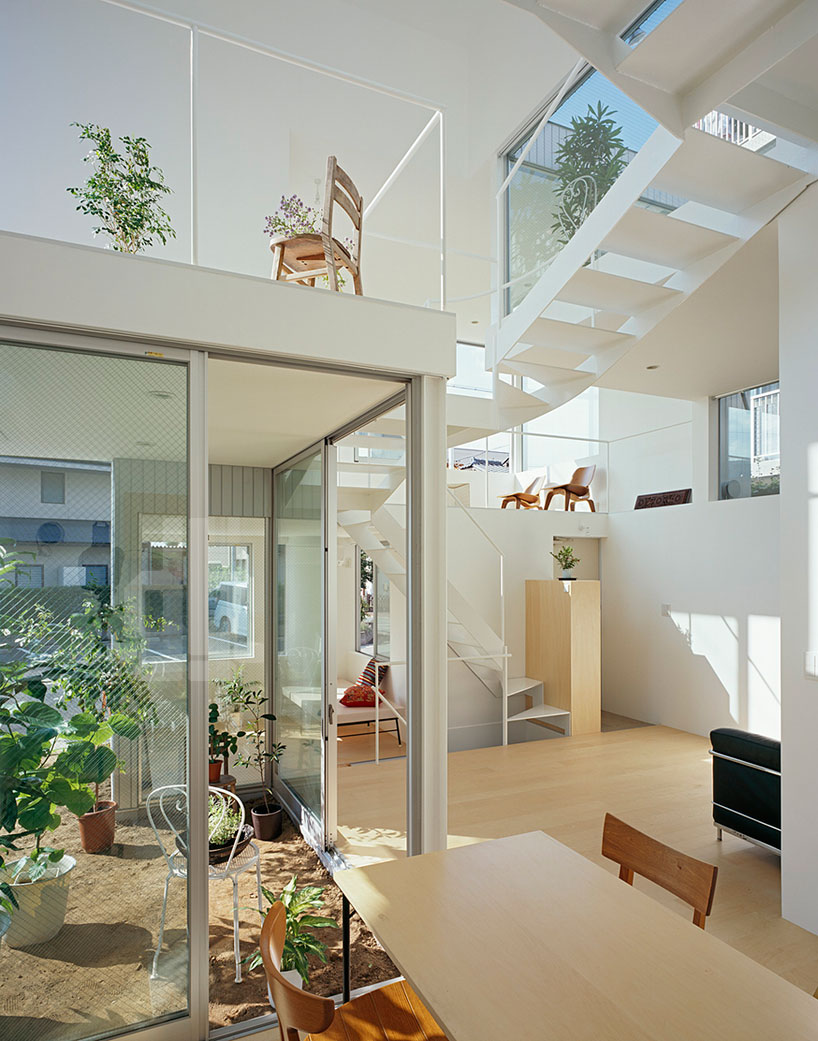 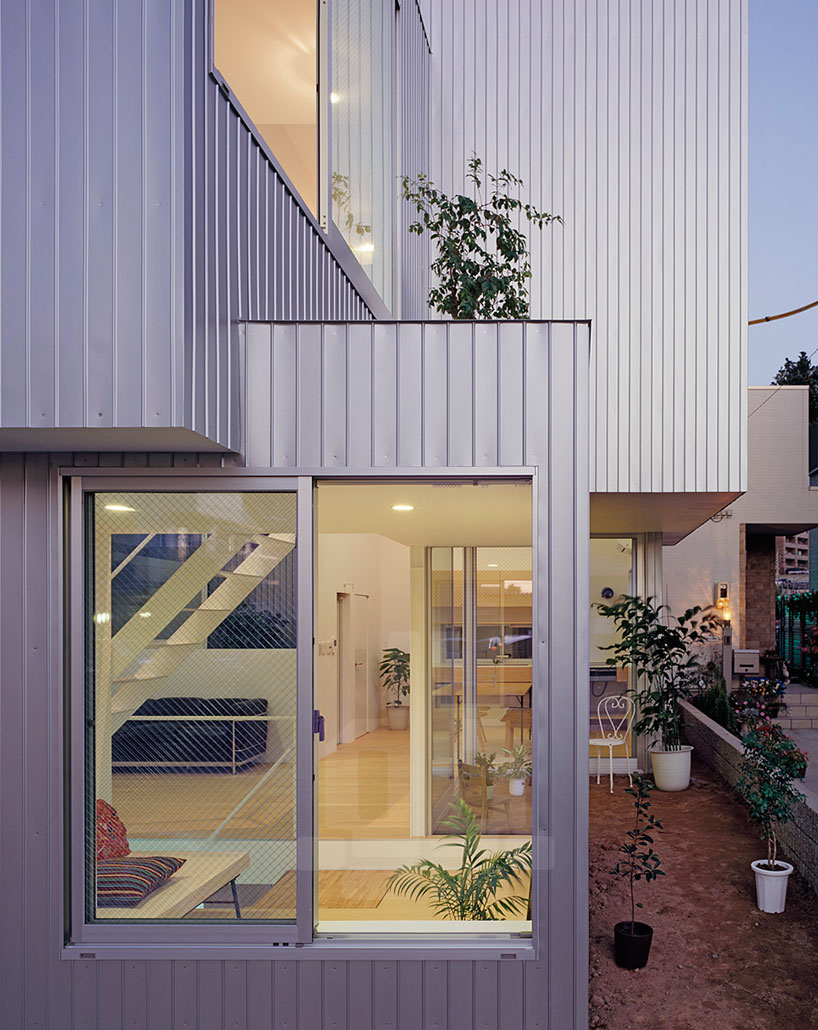 the house is clad in metal
image © ken’ichi suzuki 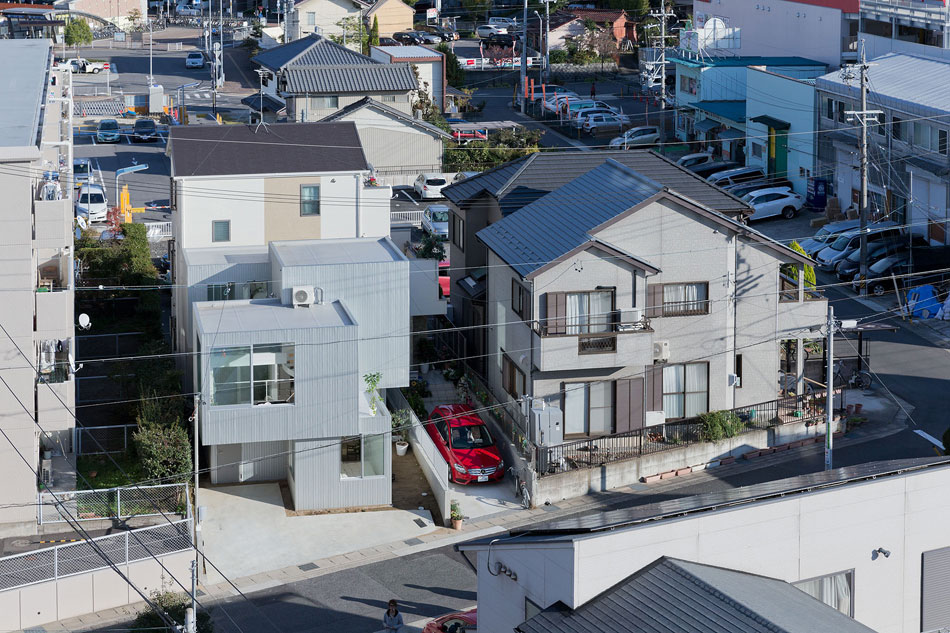 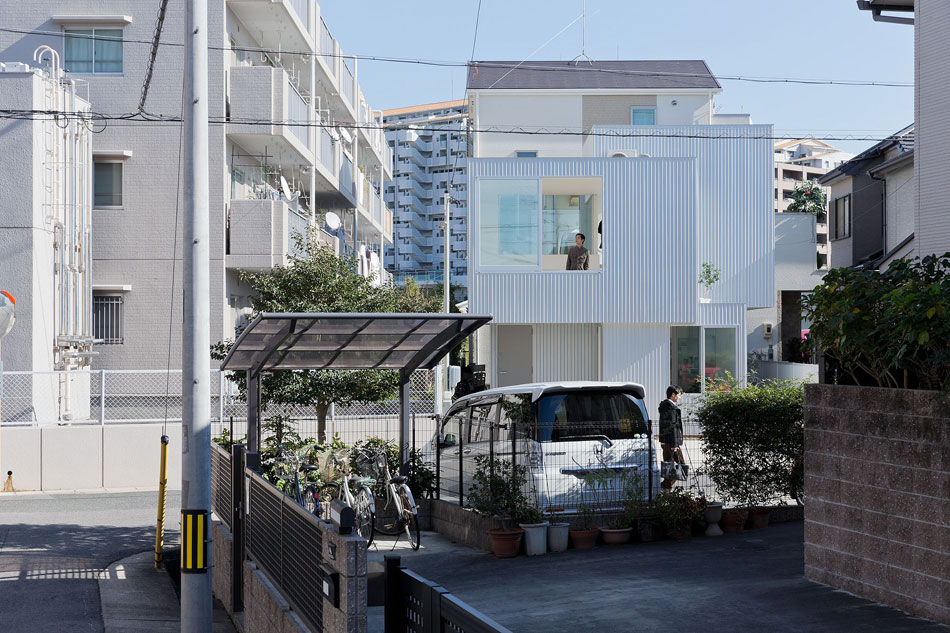 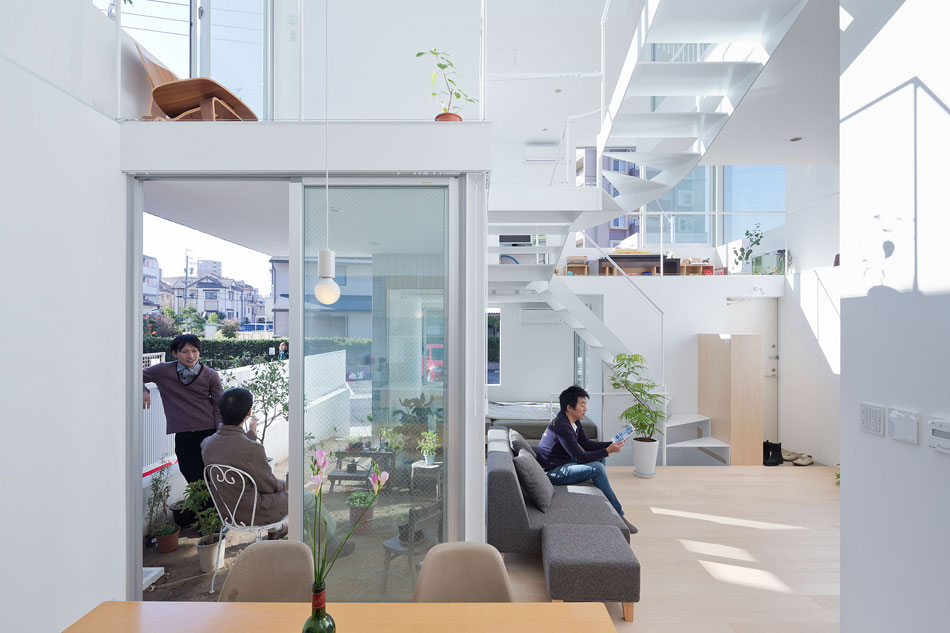 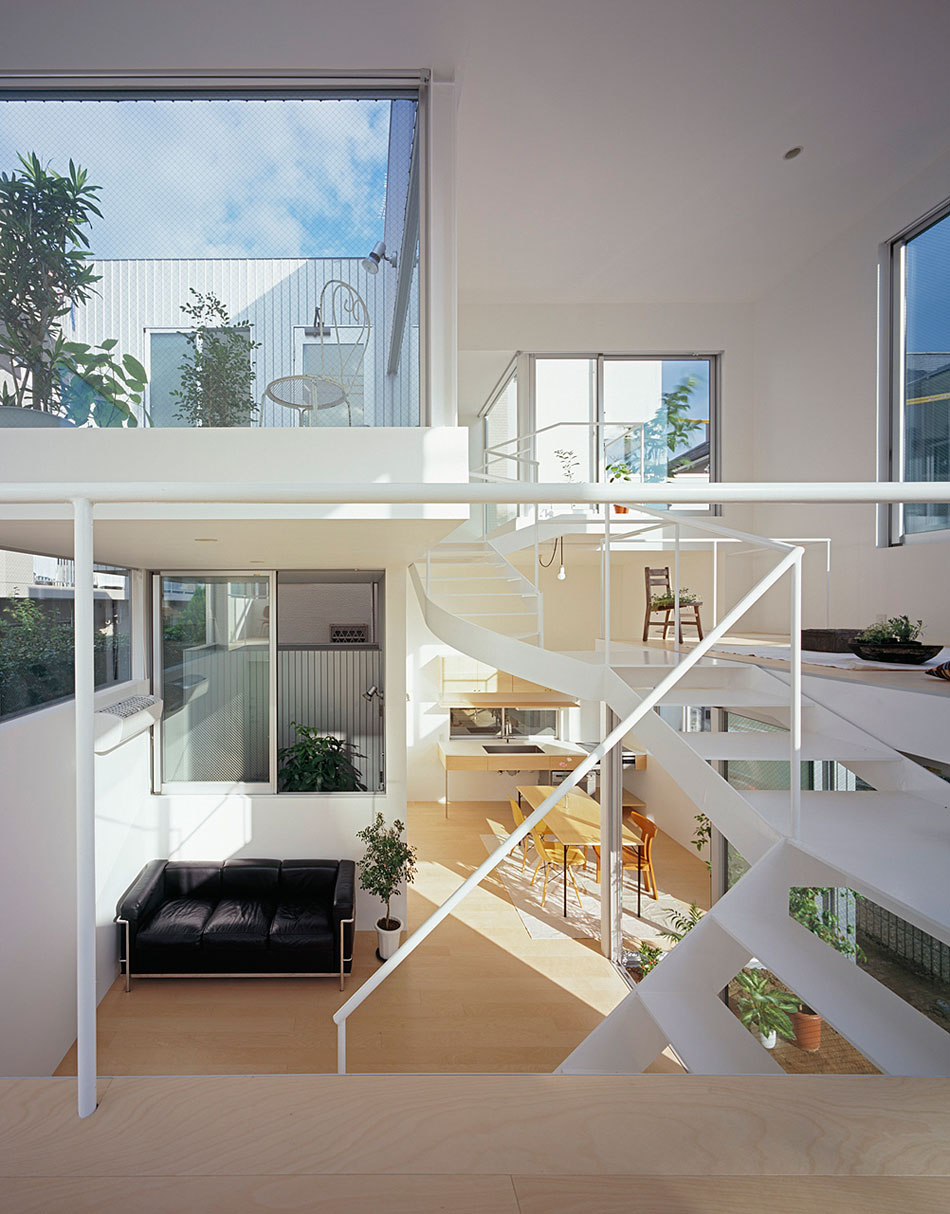 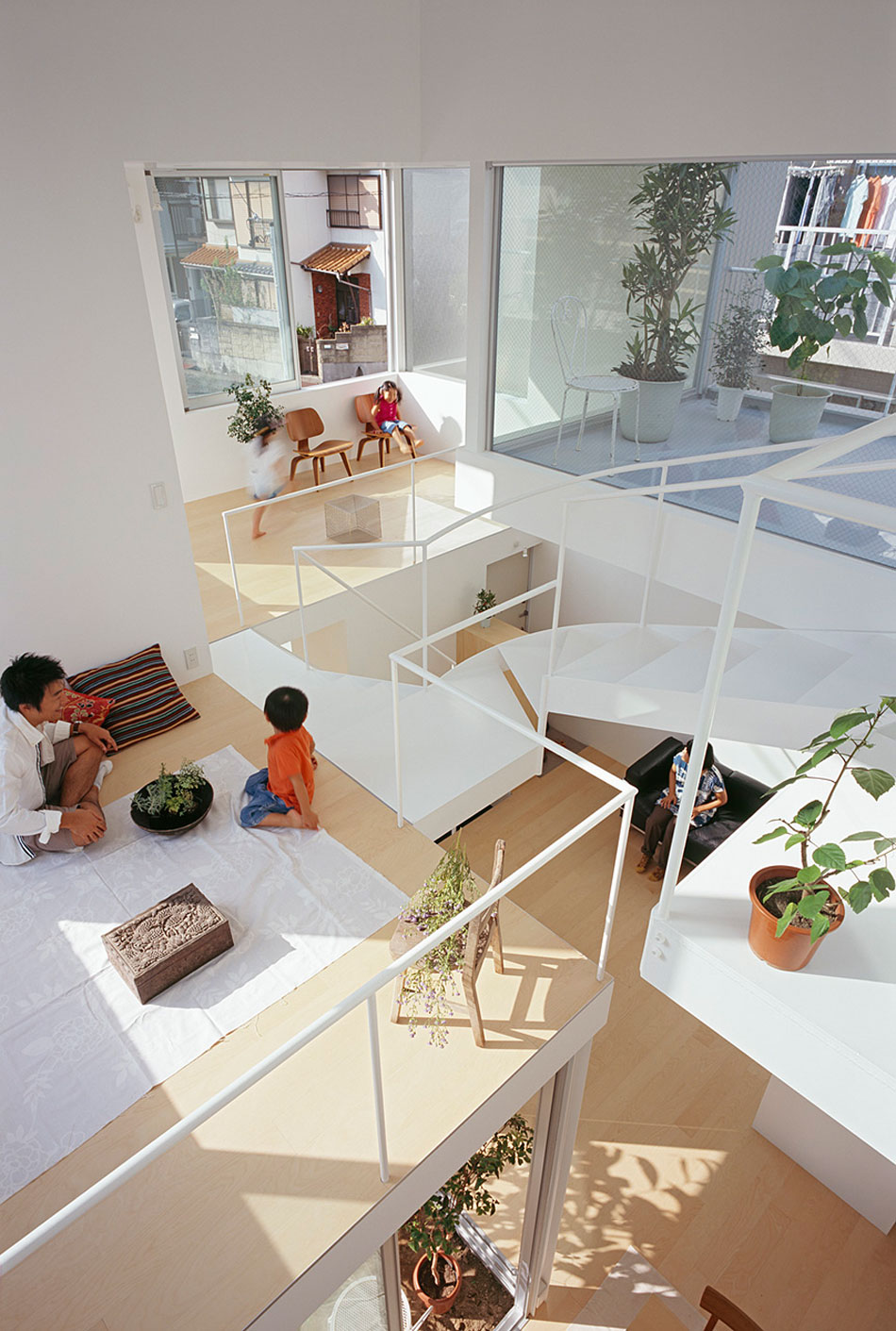 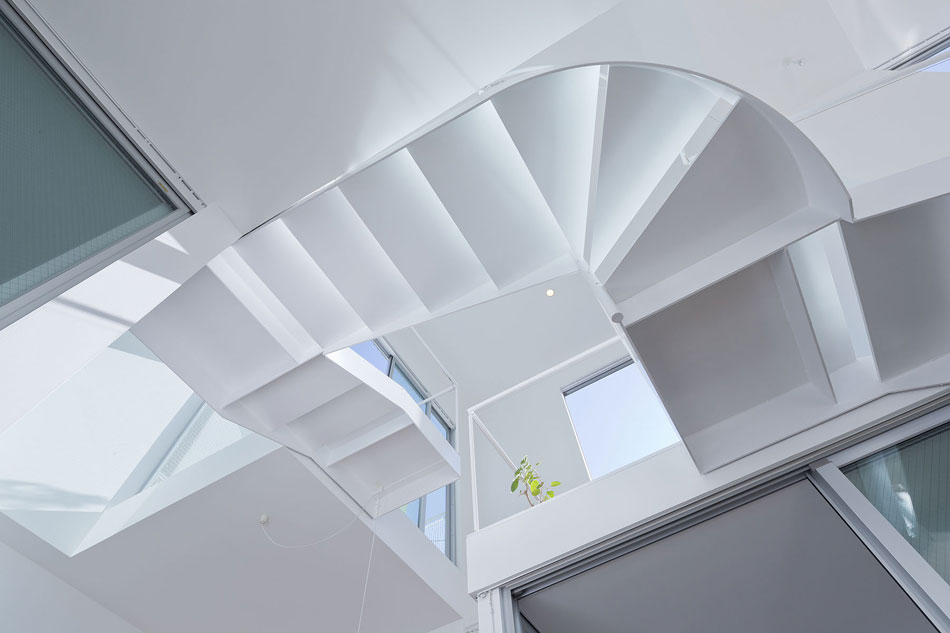 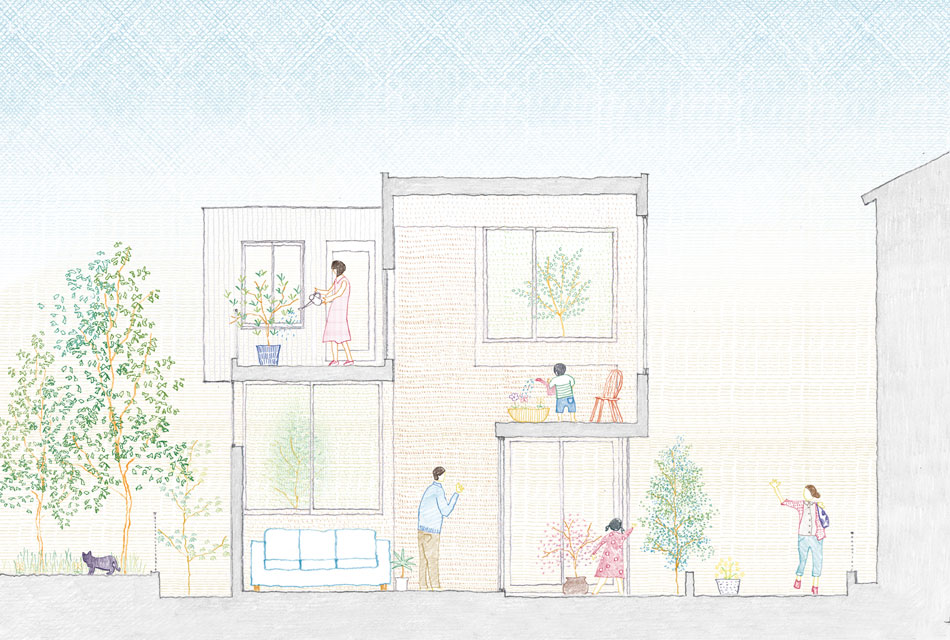 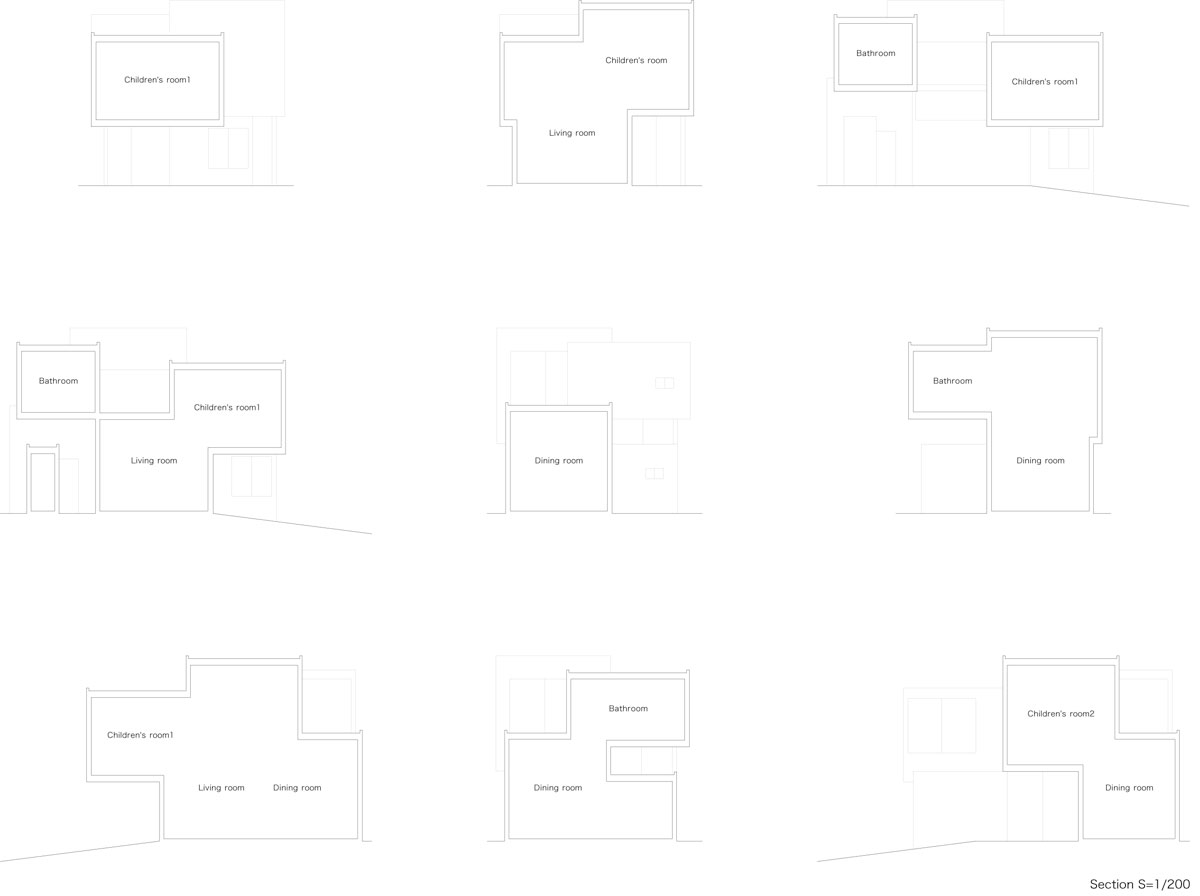 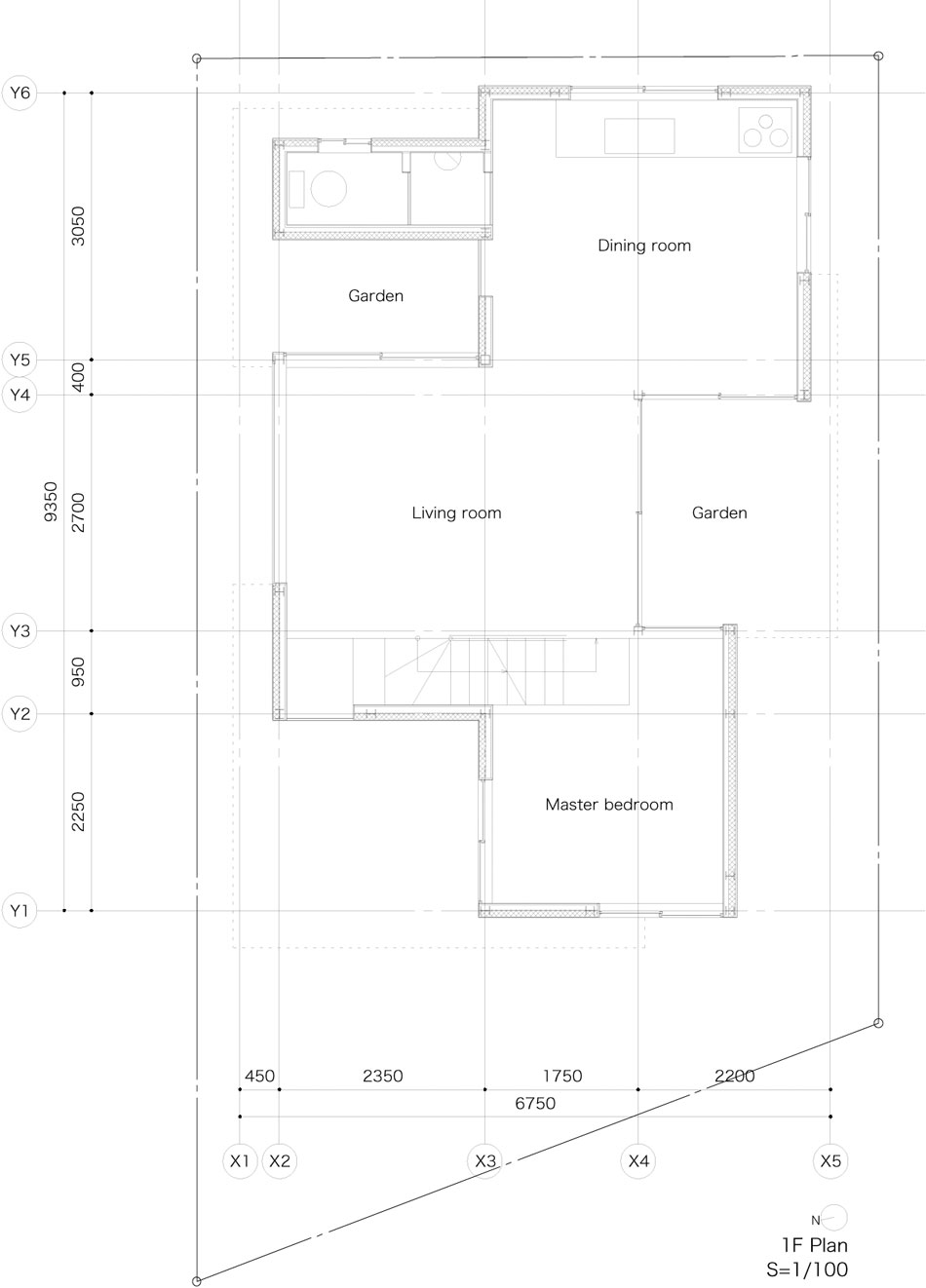 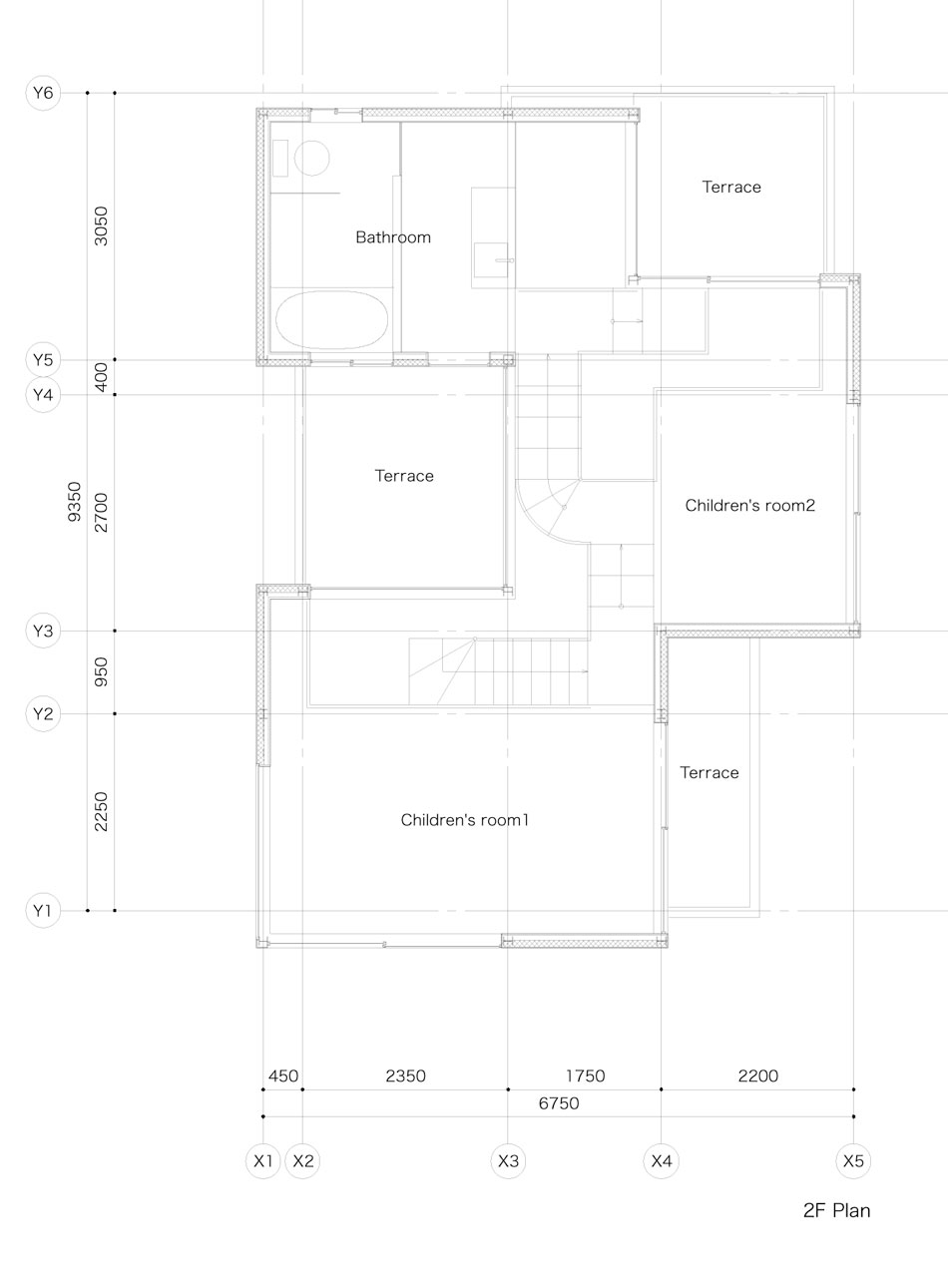 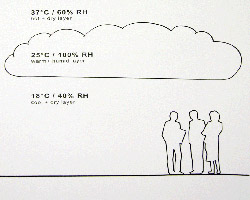