it’s a typology that dates back millennia, but today’s library has come a long way since its silent, sacred predecessors. in the digital age, public libraries are no longer just for books, they’re also a place for community interaction, civic engagement, digital literacy, and entertainment. to honor the best public libraries from around the world, the international federation of library associations (IFLA) has rounded up five innovative buildings, one of which will be awarded the public library of the year award 2021 and $5,000 USD.

IFLA‘s criterion for the nominees stipulates ‘a newly built public library that combines functional architecture with creative IT solutions and includes digital development with local culture.’  from a renovated hospital in australia to a ‘cultural department store’ in the netherlands, this year’s finalists are recognized for their sustainable architecture strategies and naturally lit spaces. 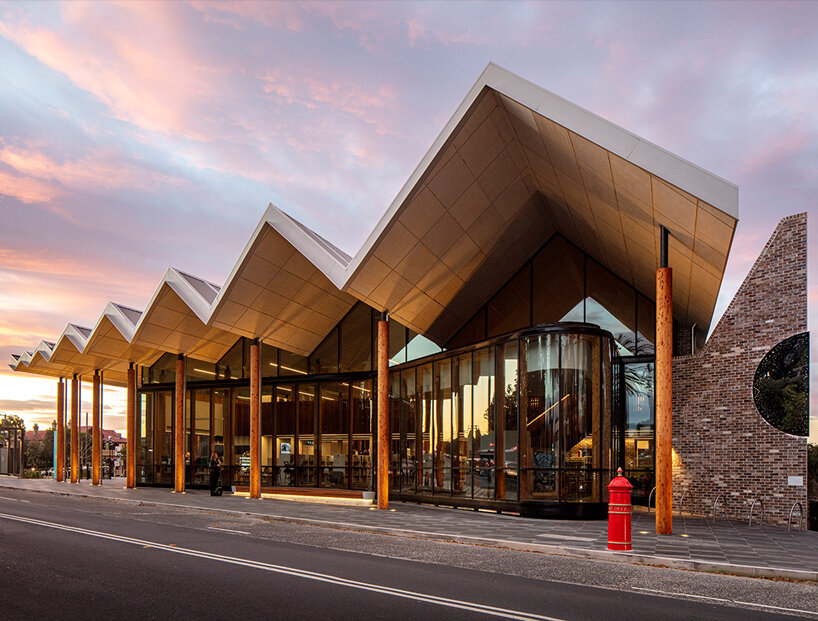 realized by BVN architects after an invited design competition, ‘marrickville library’ is an adaptive reuse project that saw the transformation of an old hospital in a suburb of sydney, australia. the new 3,600 sqm building comprises a community library, a multi-purpose facility, and an urban park. BVN’s stayed sensitive to the existing building, which dates back to 1871, retaining and restoring original features such as the brick walls and terrazzo flooring. an eye-catching zig-zag roof floats over the library, announcing the new architectural intervention and inviting the local community into a bright and welcoming place to meet, learn, work, or socialize. 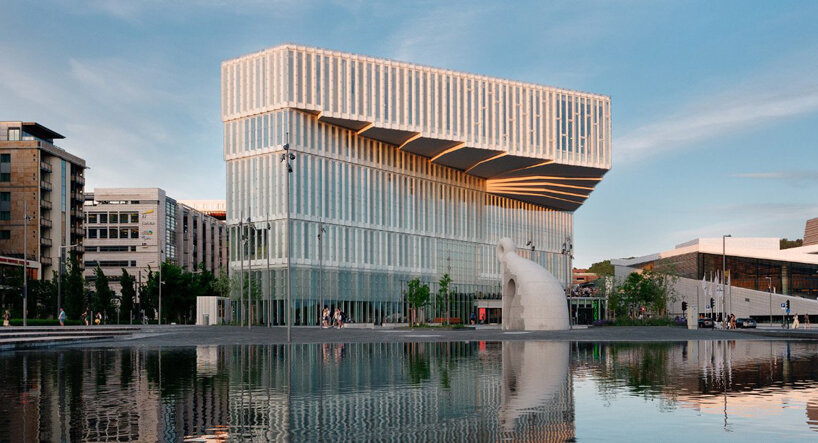 oslo’s new main library was also completed following an international competition, which was won by norwegian firms atelier oslo and lundhagem. the library sits on a relatively small waterfront site next to the city’s opera house, but cantilevers out over its footprint to provide a total floor area of 19,600 sqm. the design is characterized by its folded geometry, translucent skin, and three large ‘light shafts’ that bring cascades of natural light into a central atrium and deep into the floor plans. 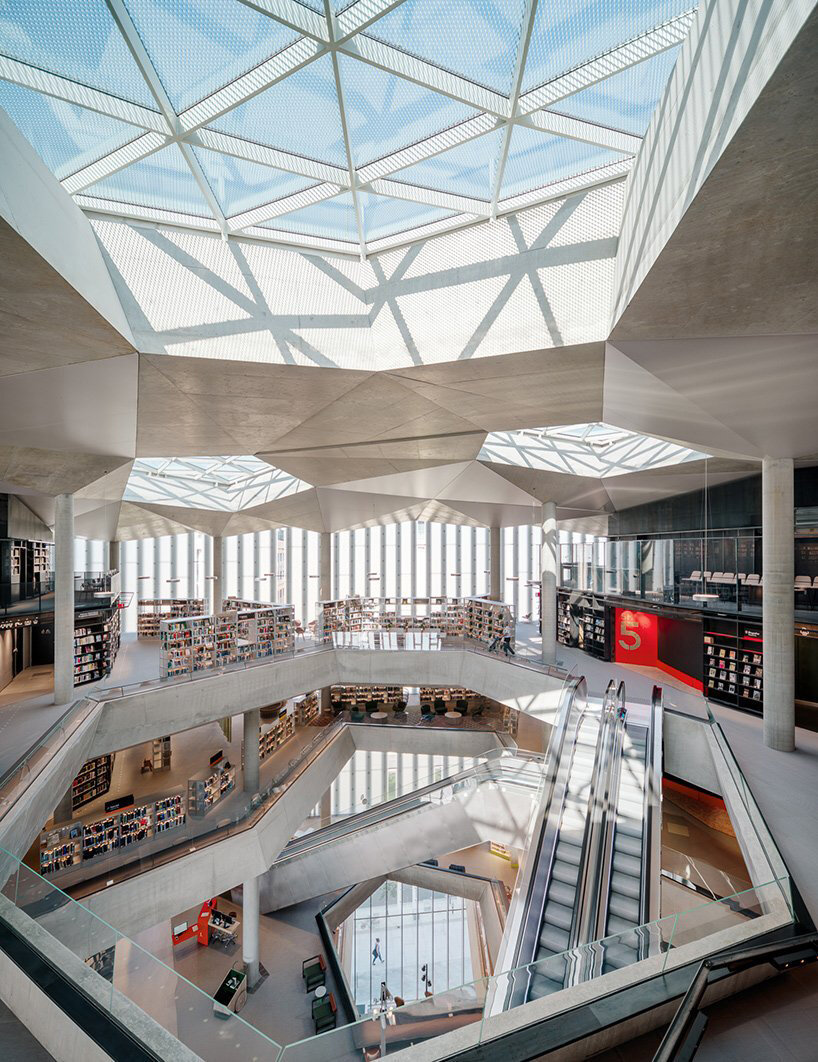 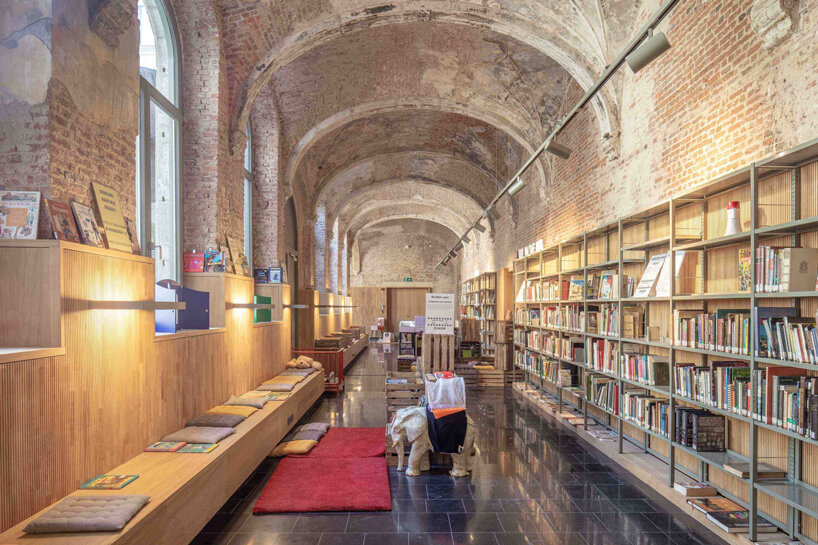 following the theme of renovation, ‘het predikheren’ public library in mechelen, belgium, used to be a baroque monastery. restored by korteknie stuhlmacher architects after the studio won 1st place in an open design call, the building is now home to a library divided into three zones: one for multipurpose use, one for reading and study, and one that hosts a general library for adults and children. to carry out this extensive renovation project, the architects sought to preserve the history of the building and its distinct features. 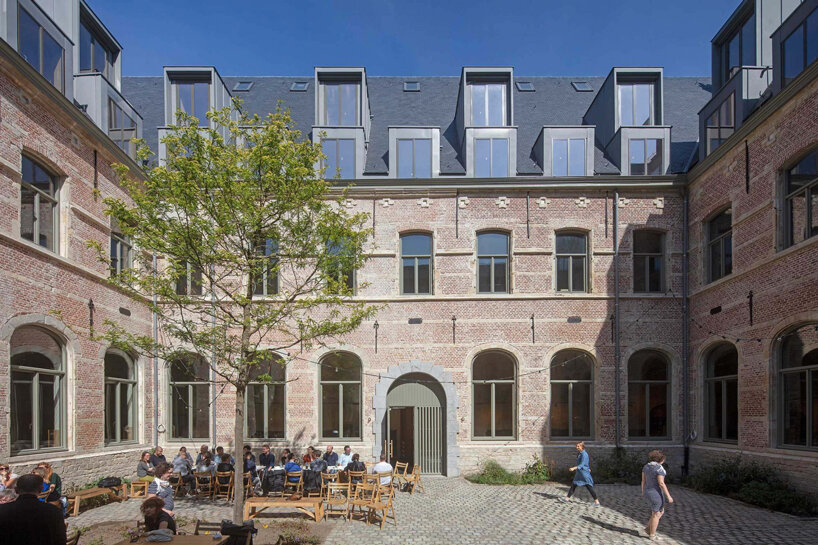 completed by schmidt hammer lassen, ‘ningbo new library’ is situated at the edge of an ecological wetland in ningbo, china, and provides a massive total floor area of 31,800 sqm. the program includes a main lobby, reader services, children’s library, 24-hour library, a library for the visually impaired, two lecture halls, a café, and a grand reading room. to design the new architecture, which replaces a previous library, the architects wanted to create a legible building with spatial clarity. the design features a fully glazed first floor and a large atrium at the center of the library. 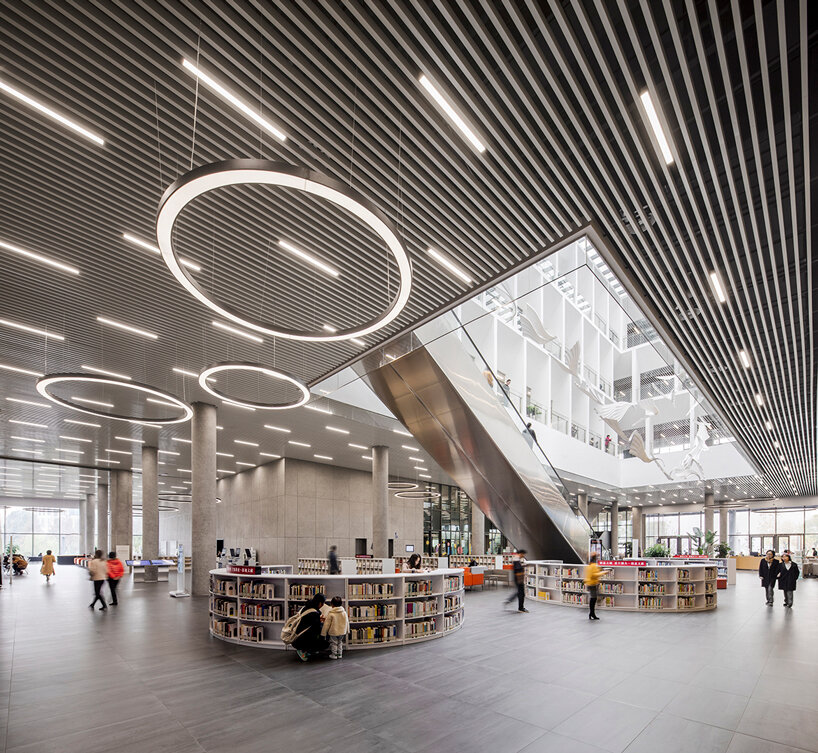 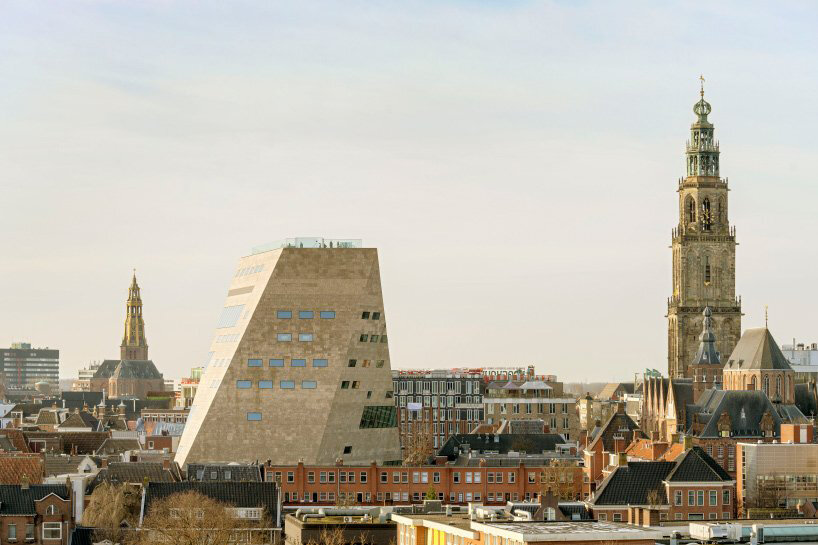 described as a ‘cultural department store’, forum groningen in groningen, the netherlands, is a multi-functional building that includes exhibition spaces, movie halls, assembly rooms, restaurants, and books. designed by NL architects alongside engineering firm ABT, the monolithic building is informed by the surrounding urban fabric, with the volume sculpted to present different appearances from different angles. inside, the building is articulated around a central atrium where escalators traverse the void from floor to floor. forum groningen culminates with a roof terrace with a viewing platform and outdoor theater. 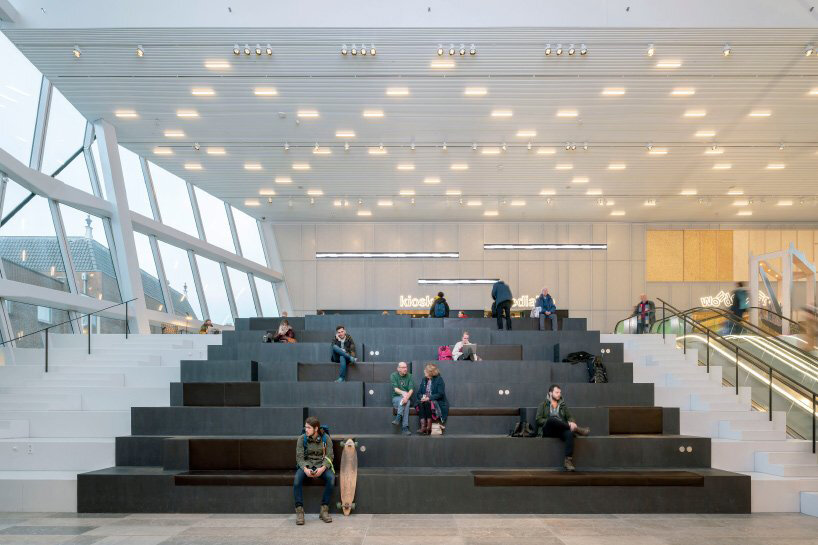 jakob lærkes, director of the gladsaxe libraries in denmark and chairman of the international jury of IFLA members, says, ‘it is a fantastic, strong field of exciting libraries from all over the world. it has been a pleasure for the entire jury to see the development taking place in the library sector in recent years – especially how innovative, technological solutions and sustainability are clear factors in construction processes across the globe.’

the winning library will be announced by the IFLA in august 2021.

name: the public library of the year award 2021