situated on the edge of pearl beach, a bay characterized by uninterrupted views and heavy waves, the ‘block house’ by australian studio porebski architects offers a secluded escape that responds to these natrual surroundings. architectonically the building adopts the rock wall cliffs and caves of the headlands, seen in its raw use of materials and strong form.

an internal courtyard is created by the house’s two wings, providing an external enclosure that is protected from harsh onshore winds. this open space not only acts a private sanctuary for recreational use, but allows for consistent and controlled ventilation and sun access throughout the house. the L-shaped layout of the internal rooms enables a free flowing movement for its occupants between the interior and exterior. 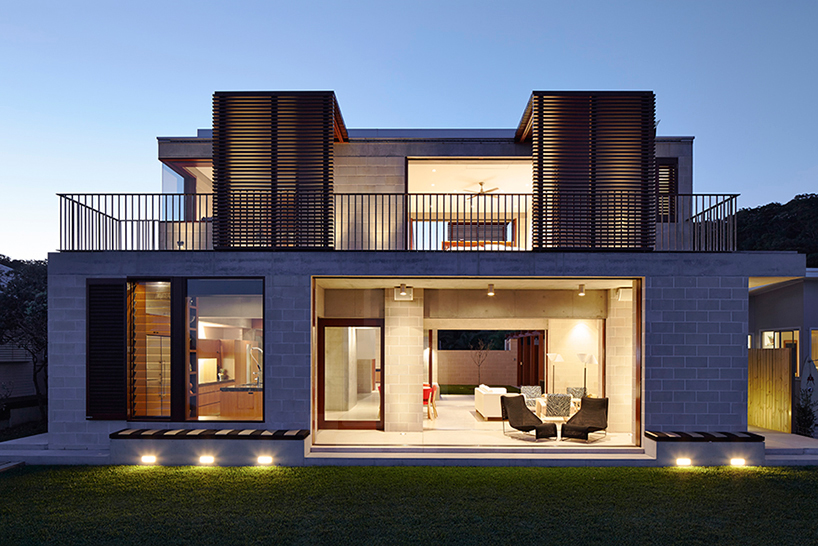 raw and heavy elements reference the natural landscape and nearby caves, while a simple palette of materials that require minimal maintenance and finishes have been applied. operable layers of the facade generate a level of transparency so that visual and physical connections are established between the site’s features. moving timber shutters and cavity sliding windows and doors allow spaces to open seamlessly, offering an ever-changing series of spaces that are designed to celebrate the act of living on the beach. 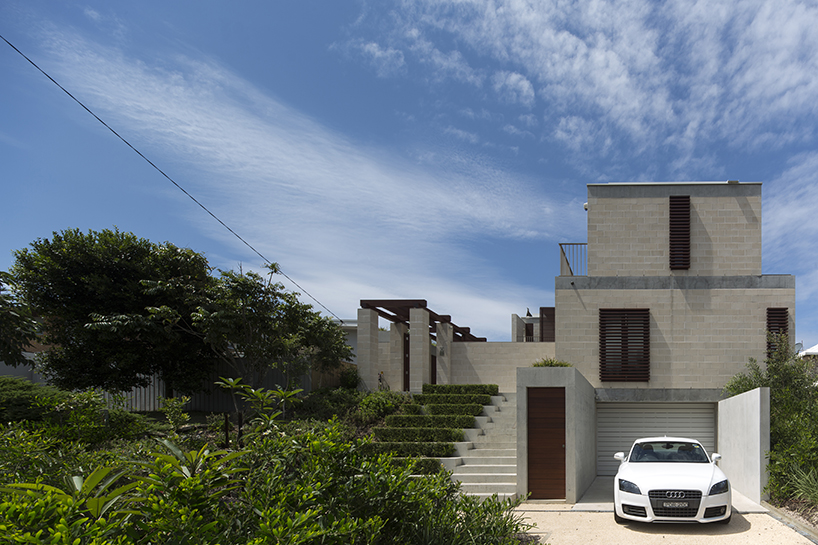 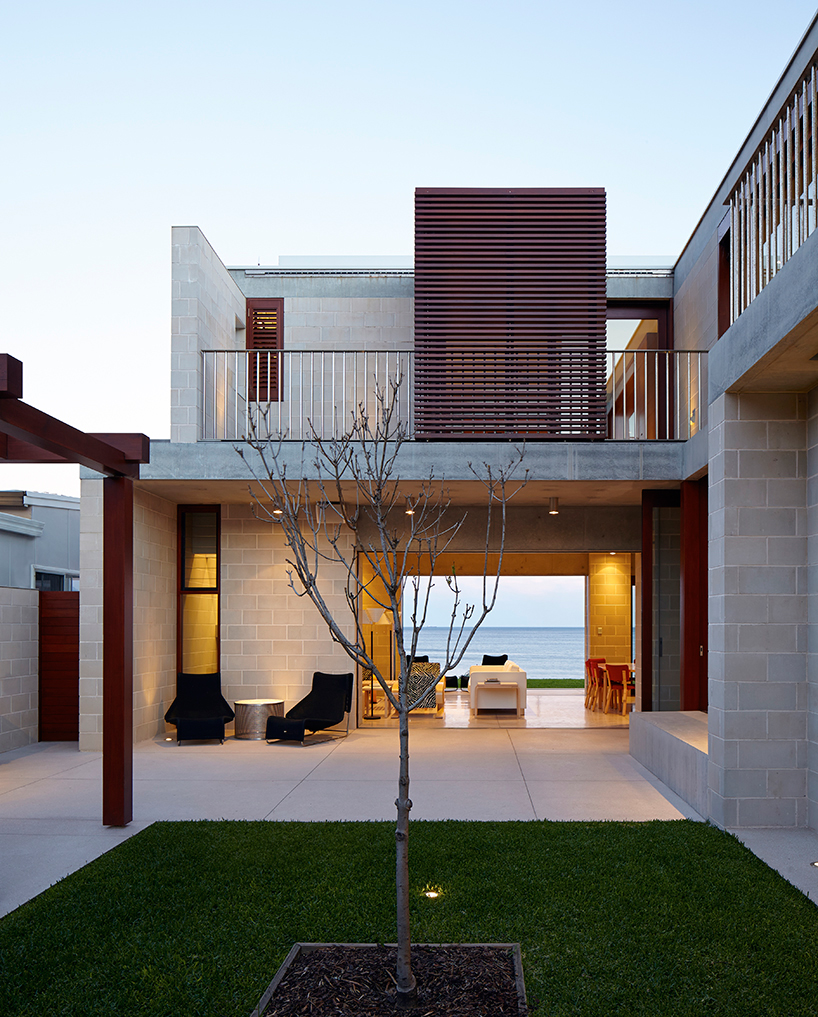 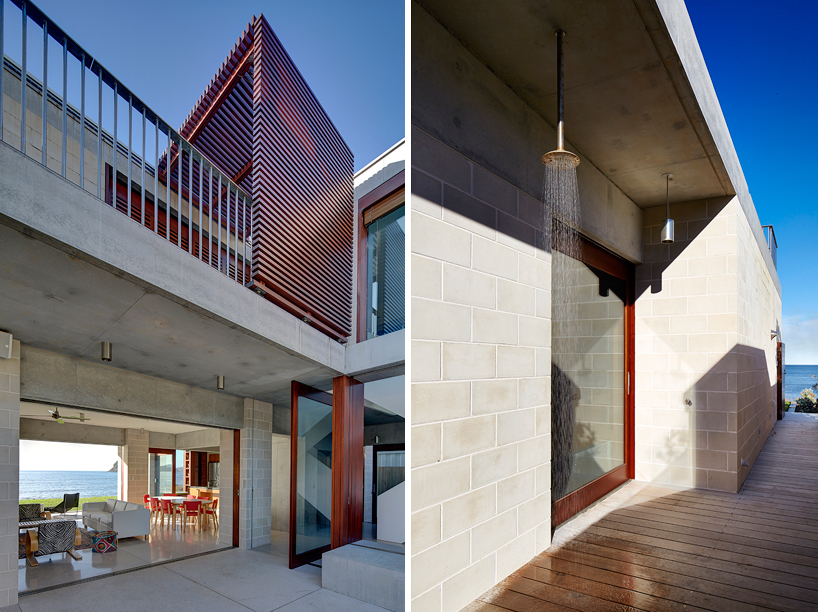 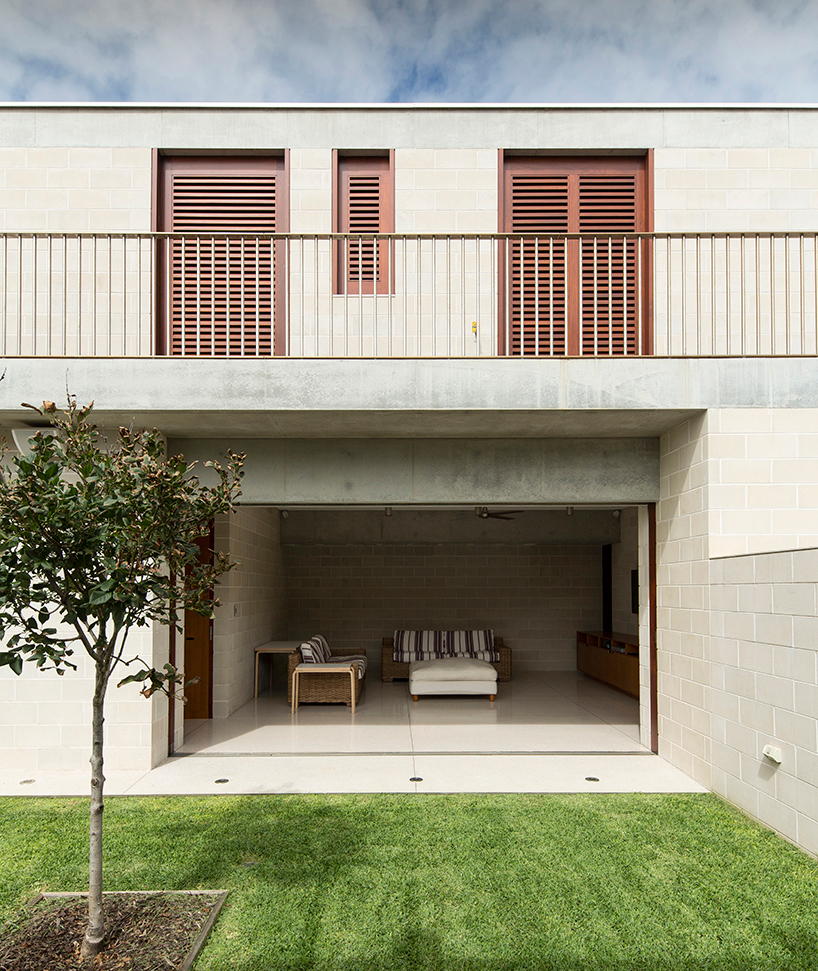 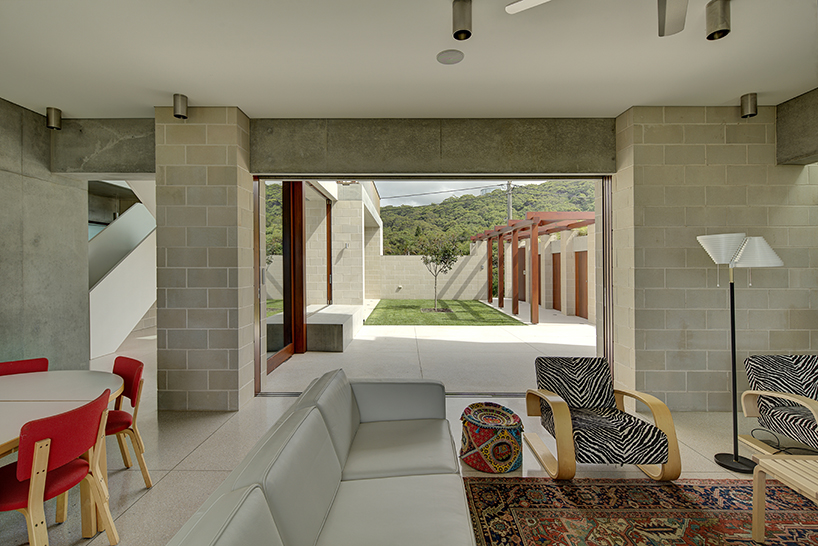 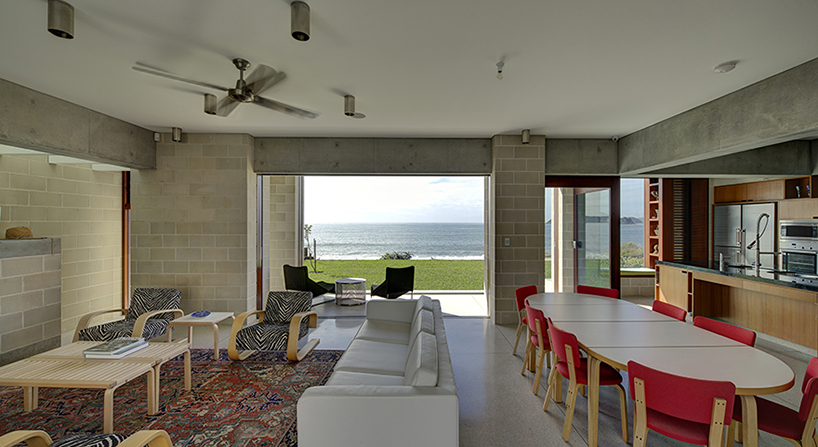 the living space continues onto the beach
image © brett boardman 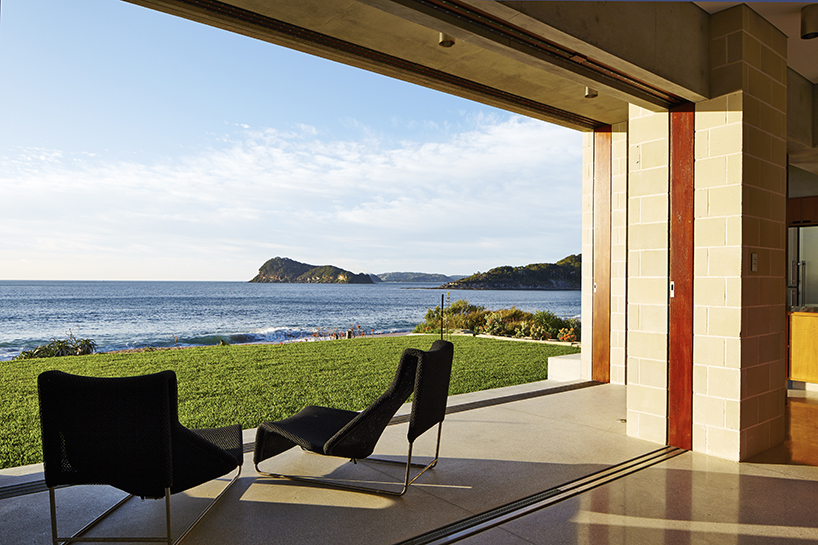 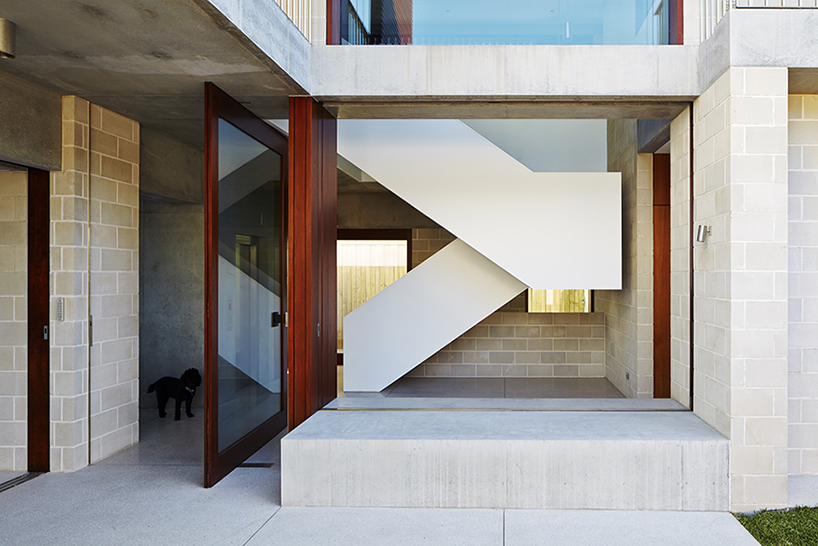 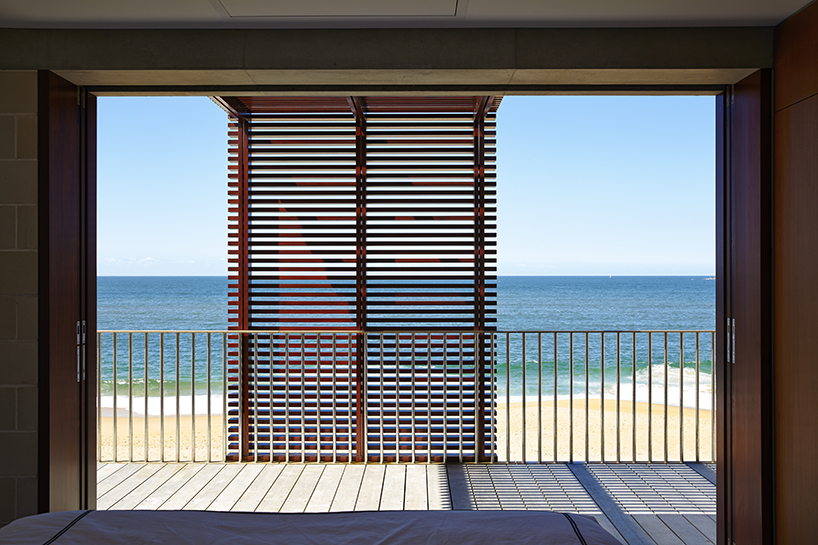