‘villa altona’ is located in törnskogen, a small area of sollentuna, sweden. the approach to the home is steeply inclined, raising a total of nine meters between the entrance and street. to the south, windows look out over the sprawling suburban landscape. however, in the north, is a dense, untouched forest. the contrast between the two, accentuated by architecture firm the common office, gives the dwelling its distinct identity. 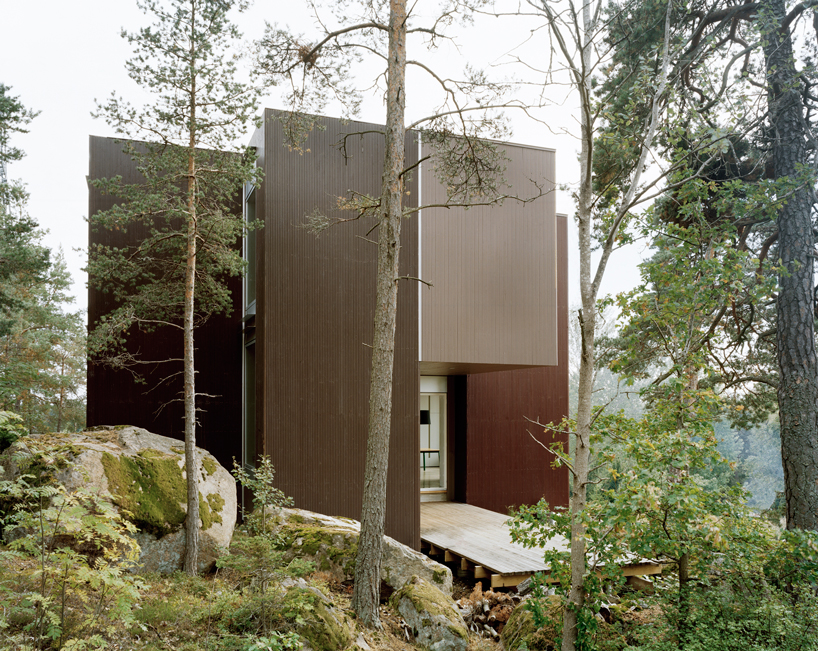 the villa is composed of four narrow, rectangular units

the structure sits atop a rock slope — on a plinth foundation to avoid rock blasting — oriented east-to-west. it’s subdivided into four narrow units 2.85 meters (9.3ft) wide. each is offset horizontally and vertically, mimicking the topographical differences on site. internally, the space is continuous and only divided by the physical barriers of the blocks. private rooms are generously sized, and all border a large, common area. to close areas, a series of large sliding wall partitions were designed. 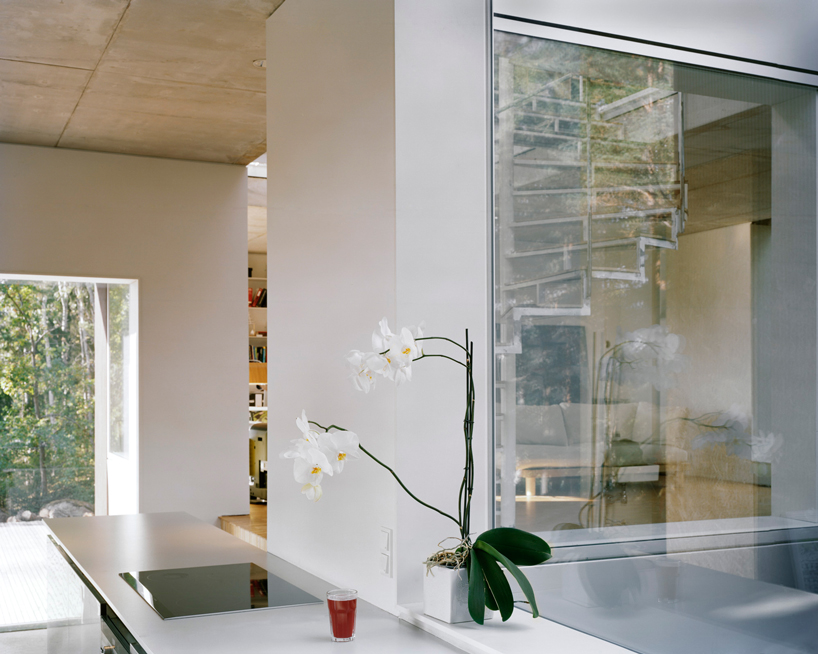 large windows are plentiful in ‘villa altona’ and do well to integrate surrounding nature. in the center, a large sky light — 3.0×2.2m — aids in providing natural sunlight and contributes to the overall transparent feeling of the home. floor, roof, and exterior wall slabs were all cast directly on sight, and the outer façade is covered with milled wooden paneling. 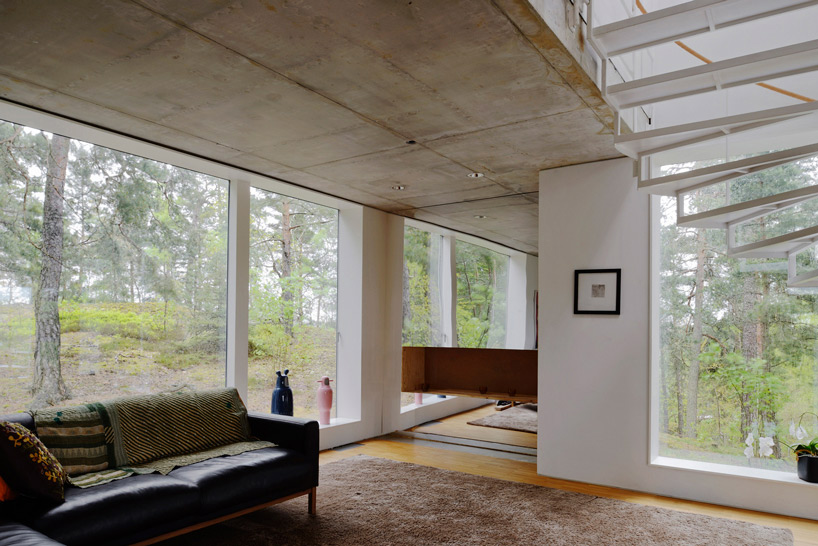 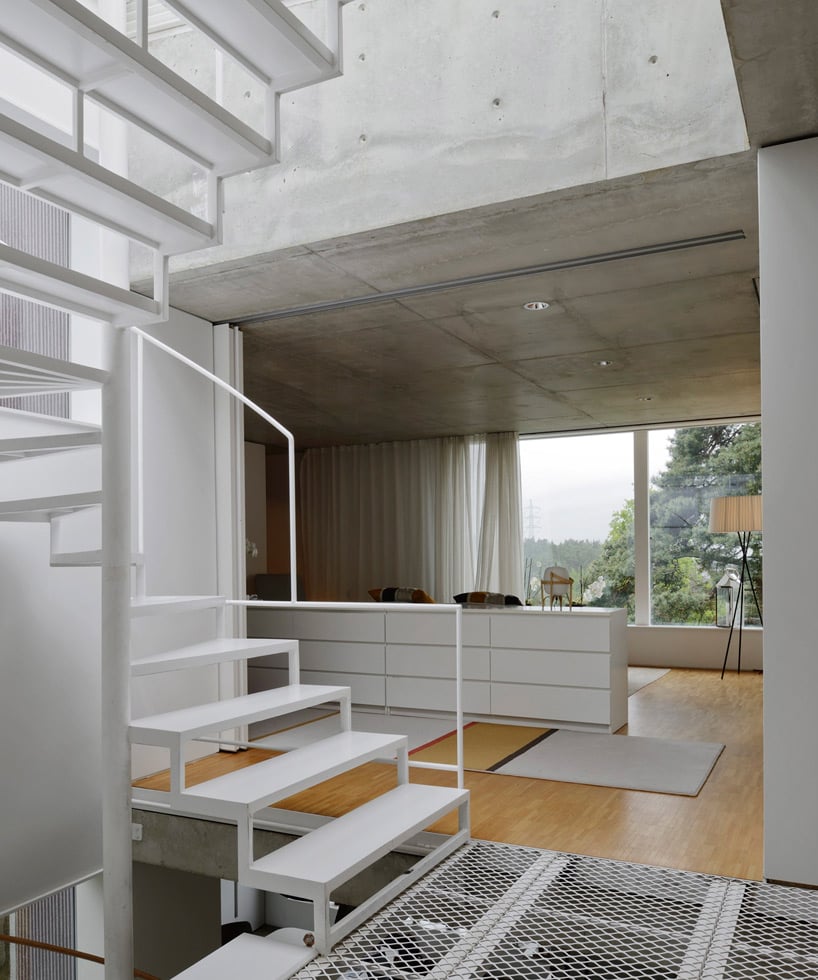 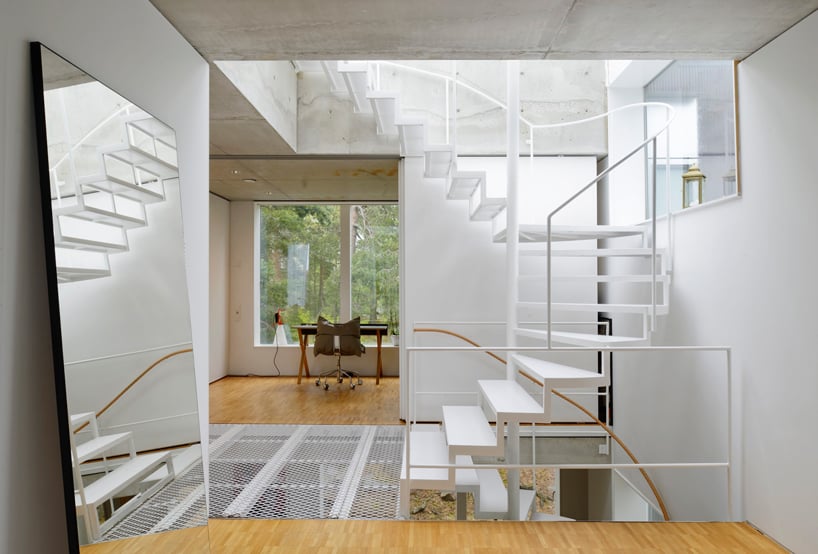 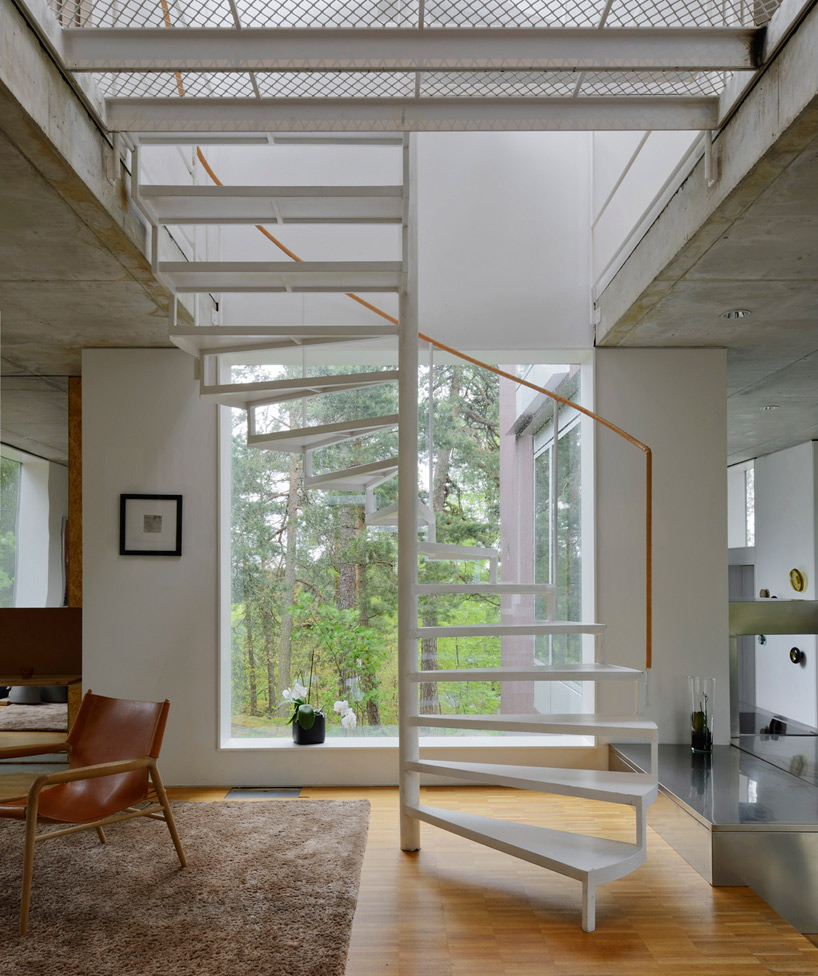 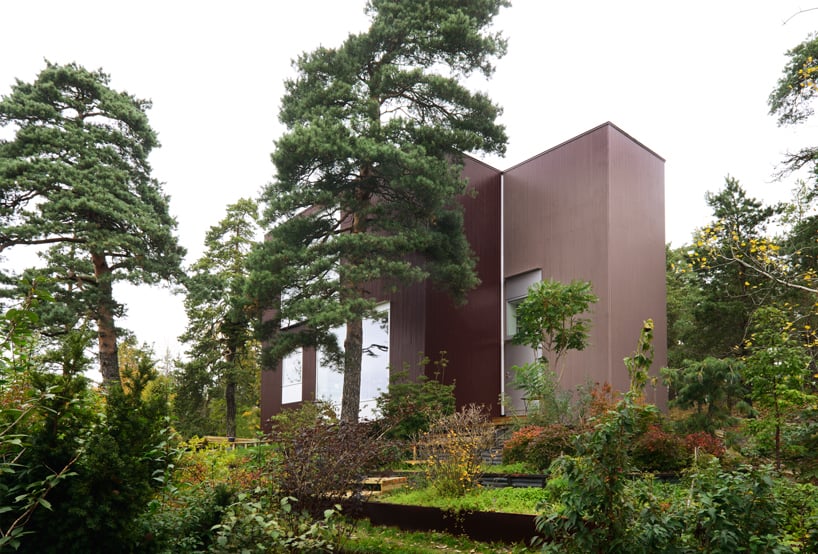 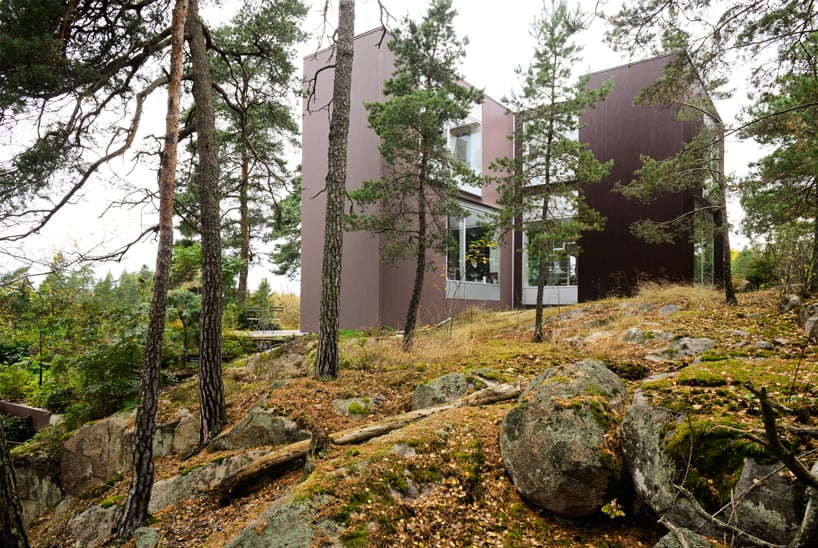 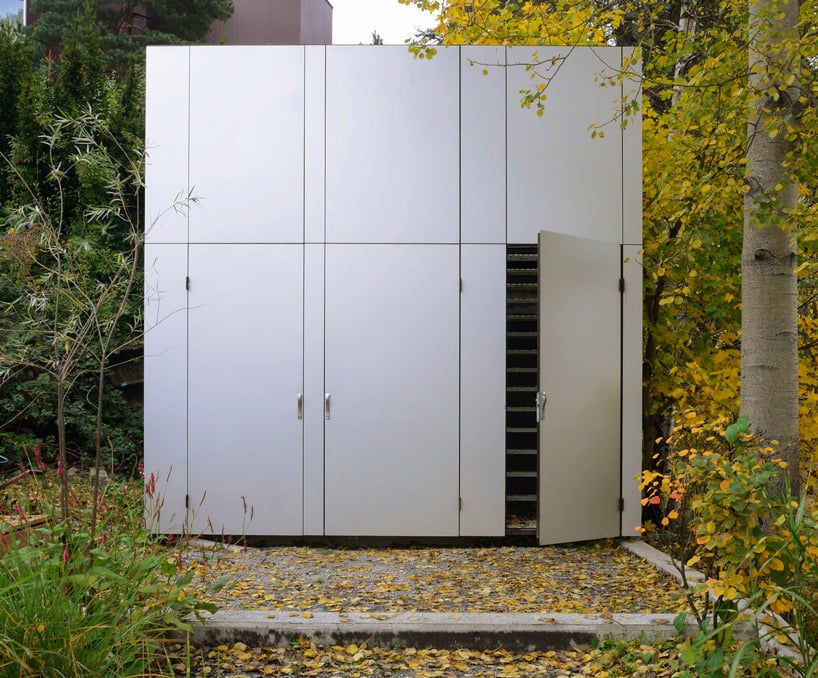