designers hadeel ayed mohammad, yifeng zhao and chengda zhu have proposed a central control terminal that hosts docking and charging stations for drones in the center of manhattan. dubbed ‘the hive’, the drone skyscraper has been proposed as a dramatic alternative to 432 park avenue, the rafael viñoly-designed superstructure set to be the tallest residential tower in the western hemisphere. 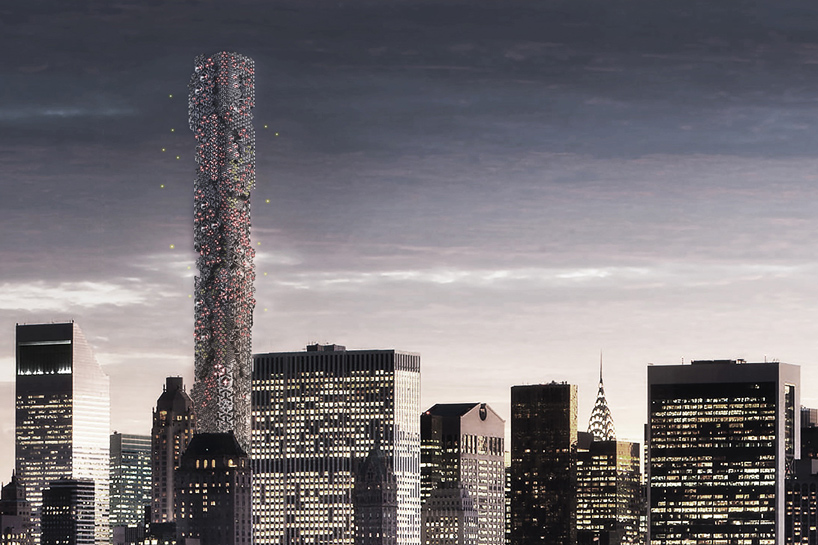 over the past few years, drone technology has become a leading trend across a range of fields, from aerial mapping to filmmaking. several major corporations — such as amazon, DHL and walmart — have begun investigating the use of drones as a means of high-speed delivery. however, many areas are subject to no-fly zones, while rules often state that the user must maintain visibility with the drone at all times. 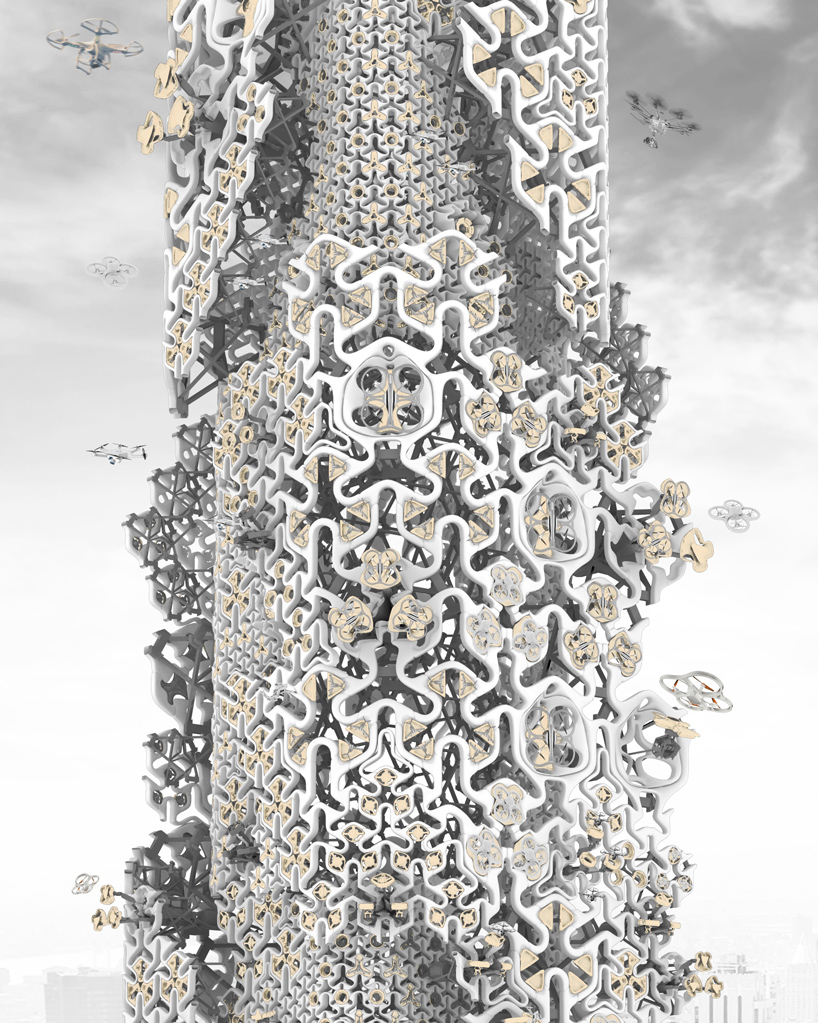 ‘the hive’, which was awarded second place in eVolo’s annual skyscraper competition, reconsiders air-zoning regulations through a vertical highway. ‘this centrally controlled model will be more appealing to the legislative sector as it adheres to the concerns about regulating drone traffic,’ say the designers. ‘the primary location of the building does not only gather the commercial power of manhattan, but also stands away from the no-fly-zones set by the federal aviation administration.’ 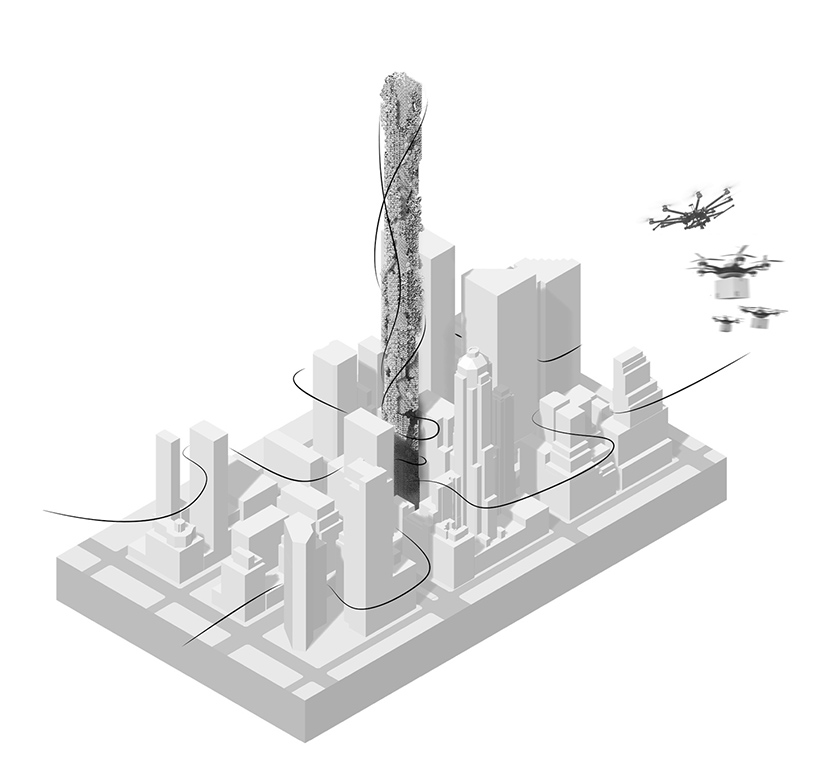 the tower is animated as its transparency and density constantly changes

the skyscraper’s façade features modules designed to fit nine different types of drones, categorized by the shape and scale of their landing fixtures. to provide a safe landing environment, the tower allows drones to dock horizontally onto their corresponding platforms — surfaces which can be flipped vertically to be parallel with the tower’s façade. consequently, the skyscraper is animated as the platforms rotate back and forth, and its transparency and density constantly changes. 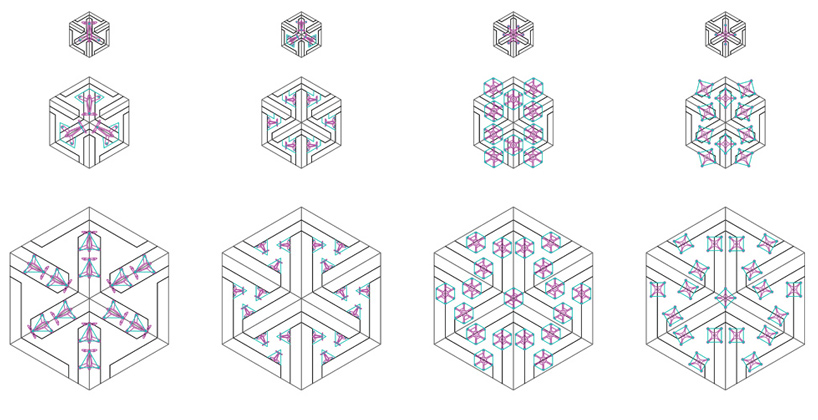 ‘the overall organization of the façade uses layering as means to maximize surface area, with two overlapping exterior layers and an inner layer,’ explain the designers. ‘a hierarchy is established, as the size of drones and modules is smaller in the inner layer creating a more intricate interior that can be accessed by the smallest drones by a major opening in the façade.’ 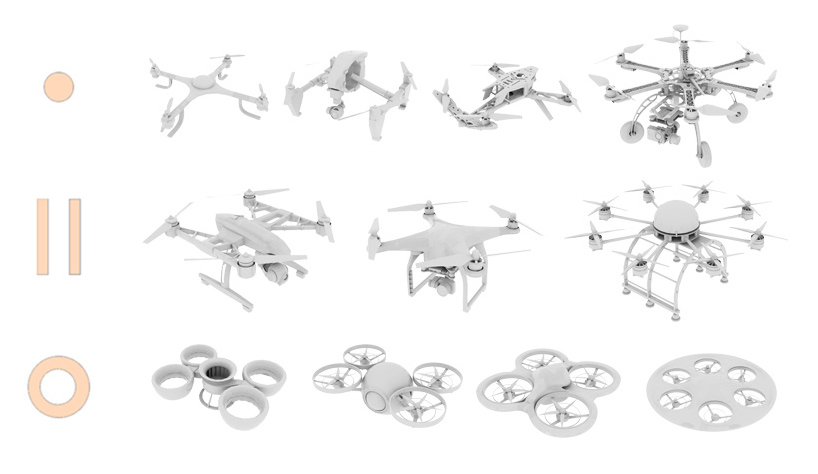 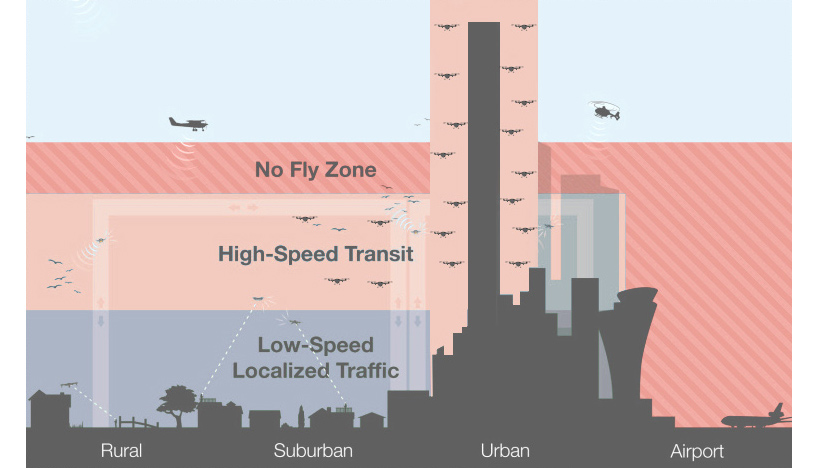 ‘the hive’ reconsiders air-zoning regulations through a vertical docking system