the klein bottle house is located in rye, australia and designed by rob mcbride. the unusual home design was conceptually derived by its namesake: the klein bottle. this 19th century invention is used to describe a form which has no distinguishable inside or outside. the architects also wanted to move away from the paradigm of designing buildings based on orthogonal methods and instead embrace the complexity inherent with computer aided design (cad). while the design embraced mathematics and digital design it also references the vernacular australian cement sheet beach house. the house recently won the harold desbrowe-annear award in architecture. it is made from concrete sheets and black metal, which are both folded and twisted to create the multitude of angles. 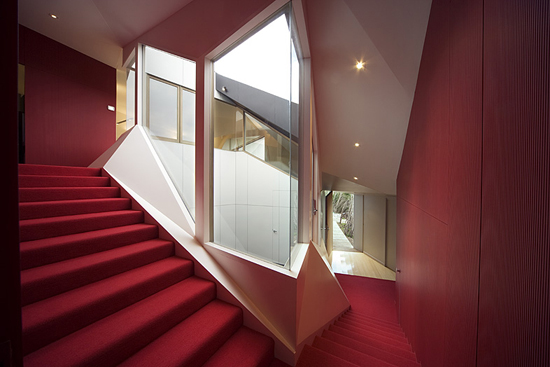 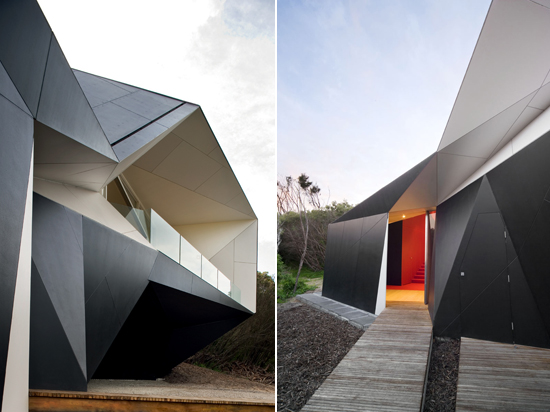 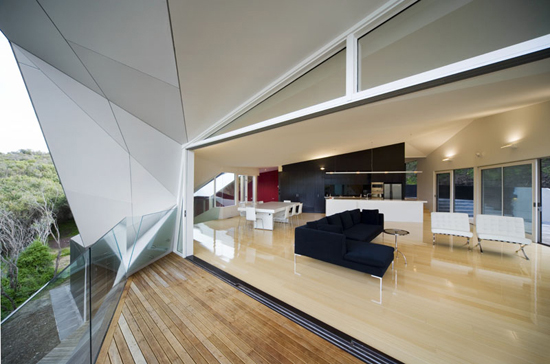 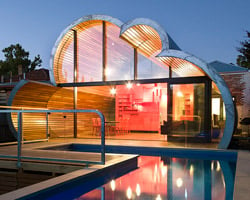 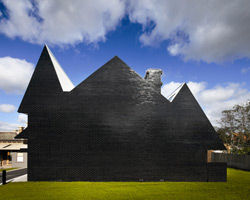 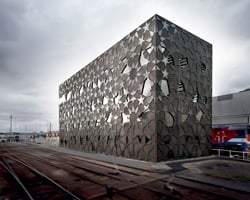 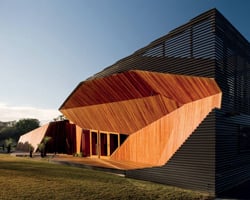 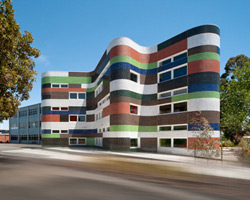