seeking to be a horizontal tower that would set the building height limit at paris’ la défense district once and for all, architects gabriel ascanio and kelvin thengono’s ‘the last monument of paris’ is a contemporary version of a monument that stands as a collective architecture. considering what the limits of monumentality can do, la défense is the location where monumentality would challenge the vision. 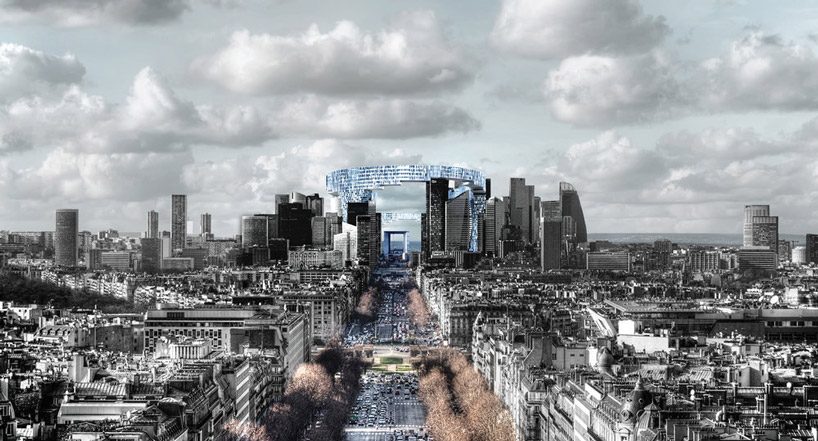 view to la défense from champs-élysées

by tying together distinct private skyscrapers in the city, ascanio’s project creates a super-monument that transforms the city relying on the infrastructure at la défense. power, structure, and sewerage are taken from the existing towers while in exchange, the horizontal tower offers back a generous additional square footage to the existing towers to expand into. 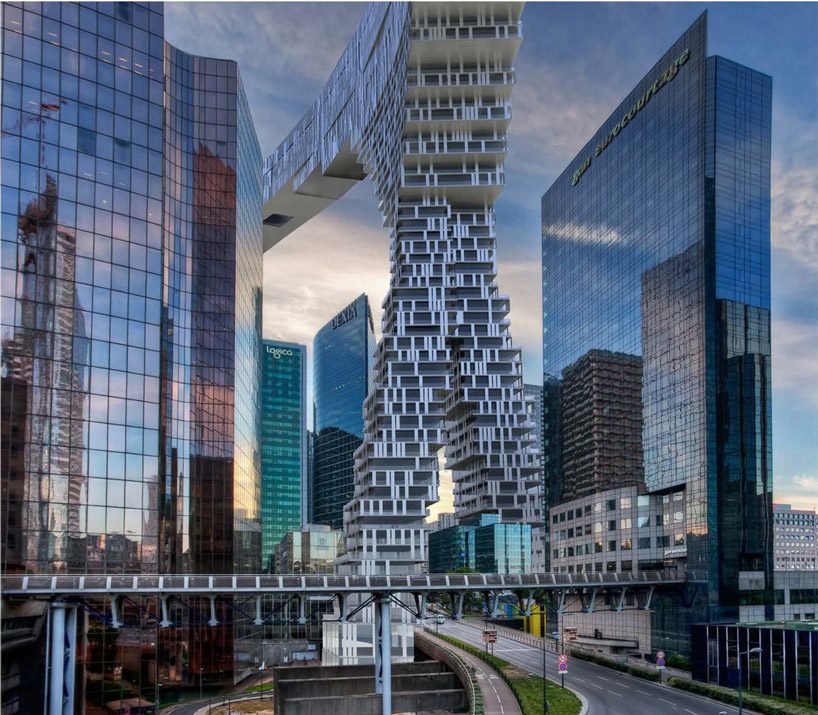 the programmatic exchange is celebrated at the intersection between the monument and existing towers, offering transitional programs from the private offices to the more public collective activities. the legs are flexible and able to deform to the existing fabric of the city, filling up the programmatic needs of la défense, allowing residential development to occur in this new metropolitan city of paris. 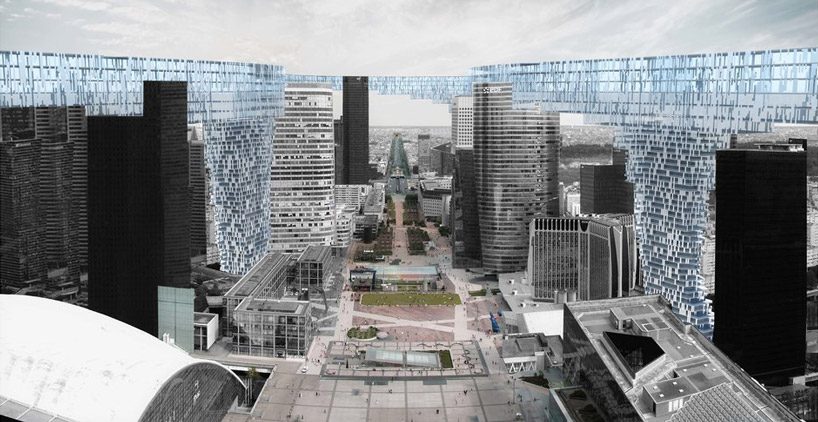 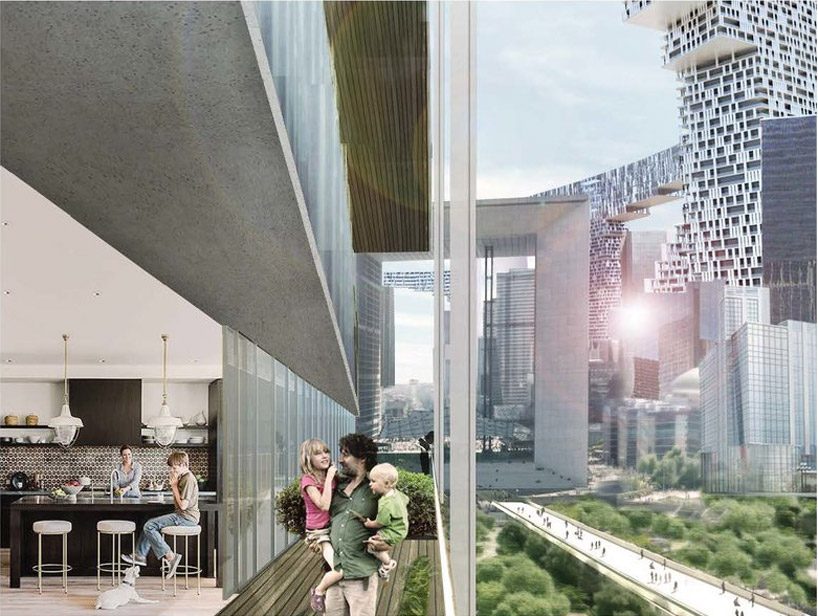 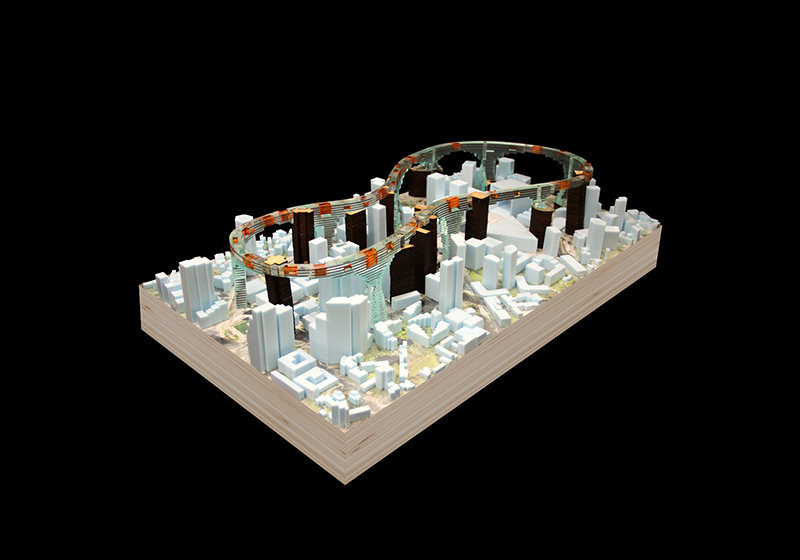 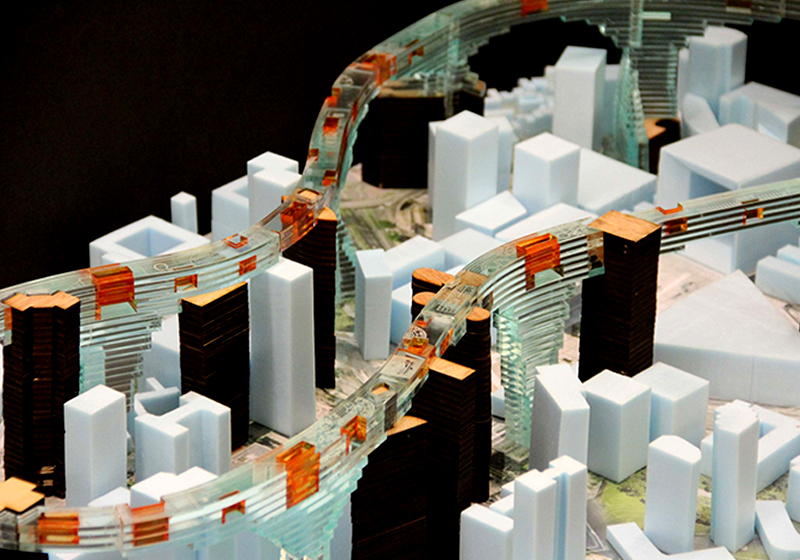 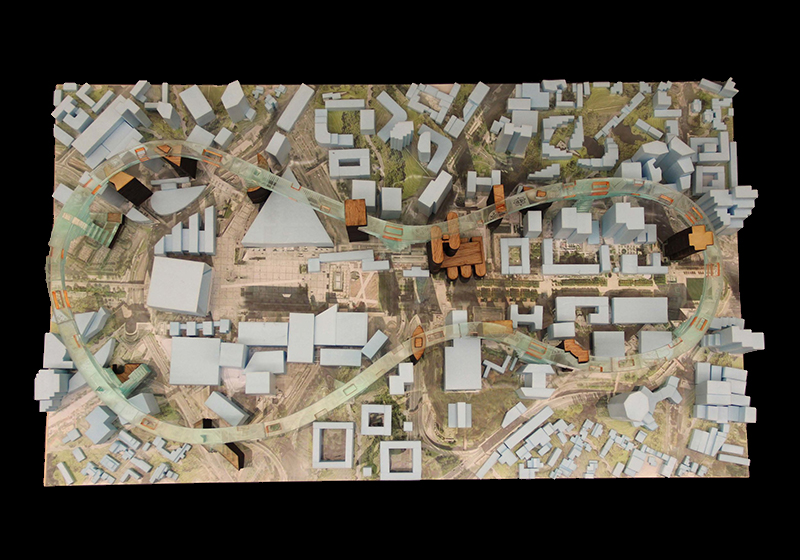 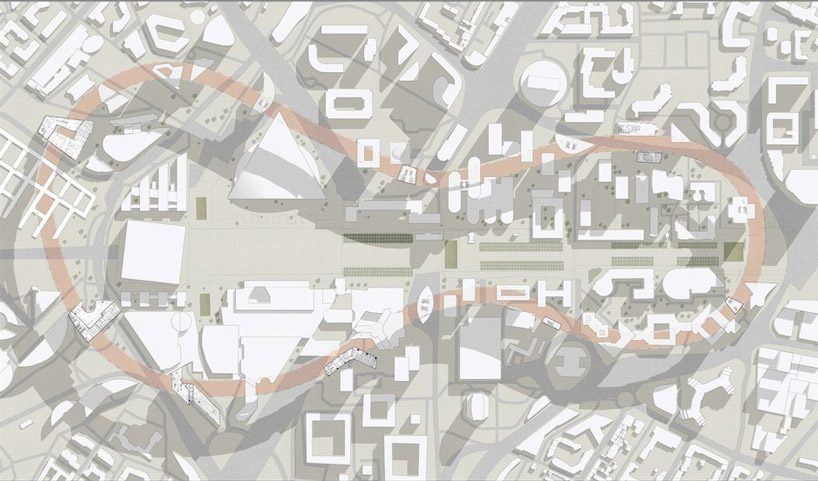 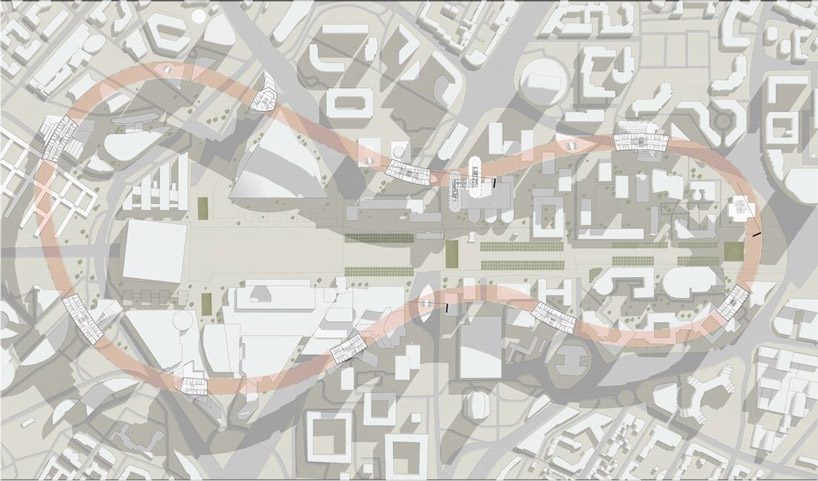 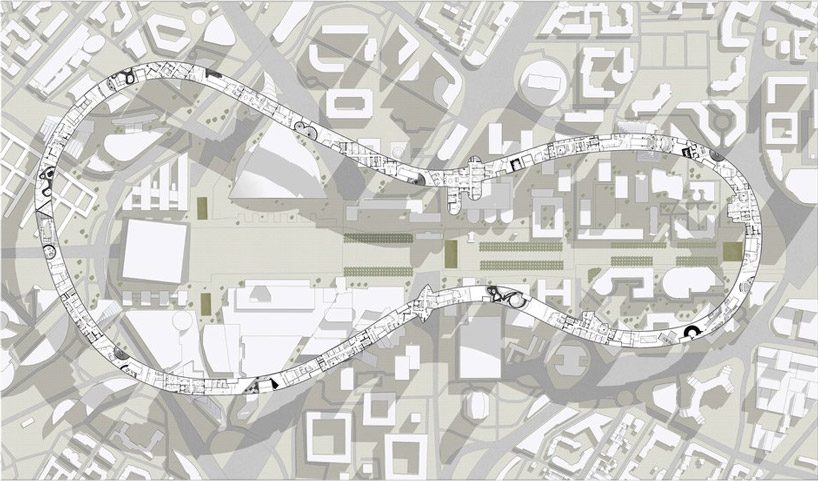