blooming out of an artificial lake in wujin, china, is ‘the lotus building’ whose name references the floral shape that it takes on. conceived as an addition to an existing double-storey subterranean municipal facility, the cultural and civic landmark is home to departments of the city’s planning bureau, with newly developed  exhibition halls, meeting rooms and conference centers integrated into its programme. 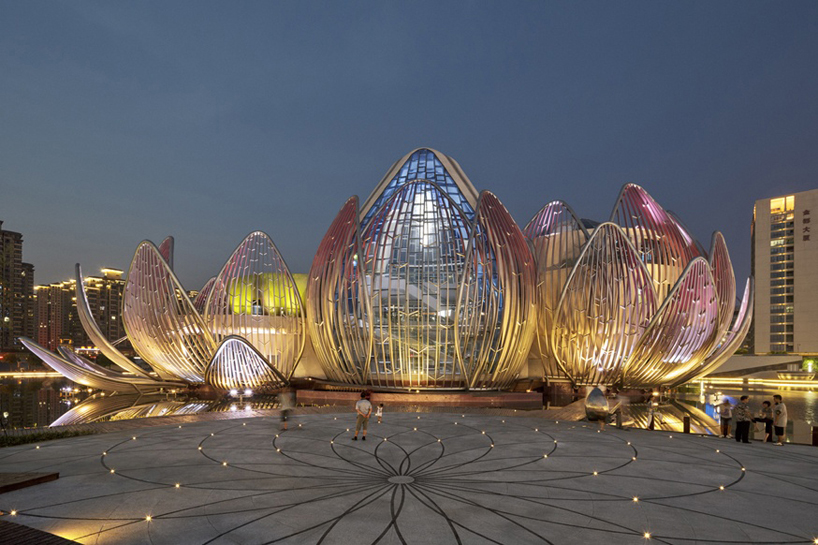 ‘the lotus building’ has been envisioned by studio505 as an inhabited sculptural work, in which visitors enter from below into a vaulted, cathedral-like interior space that offers a colorful and bright atmosphere — making it an uplifting volume rain or shine. this is partly a result of the graded colour scheme found on the petal ribs, that exist as a deep hue only at the edge of the structure, diminishing into lighter and airier tones within. in addition, white, beige and stainless steel hexagon mosaic tiles have been hand laid to cover both internal and external surfaces, creating a seamless and continuous volume. 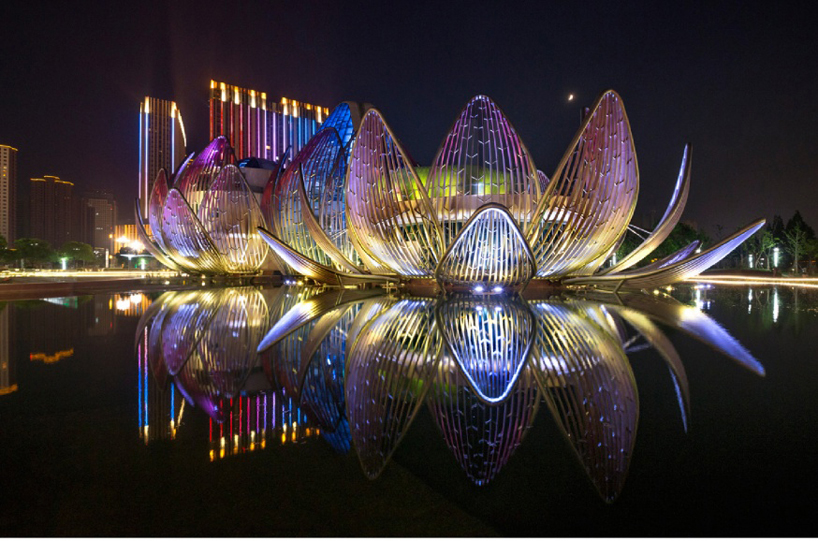 situated adjacent to wujin’s 3.5 hectare people’s park, ‘the lotus building’ not only reflects the importance of nature in its sense of aesthetic, but also in its architectural approach to environmental sustainability. this is evidenced through the 2500 geothermal piles that are positioned underneath the base of the man-made lake, whereby the australian firm utilizes the body of water as a means of pre-cooling (in the summer) and pre-warming (in the winter) the establishment below ground level. the property is also naturally ventilated and employs evaporative cooling from the surrounding pool’s surface to drive a thermal chimney within the main flower pod. 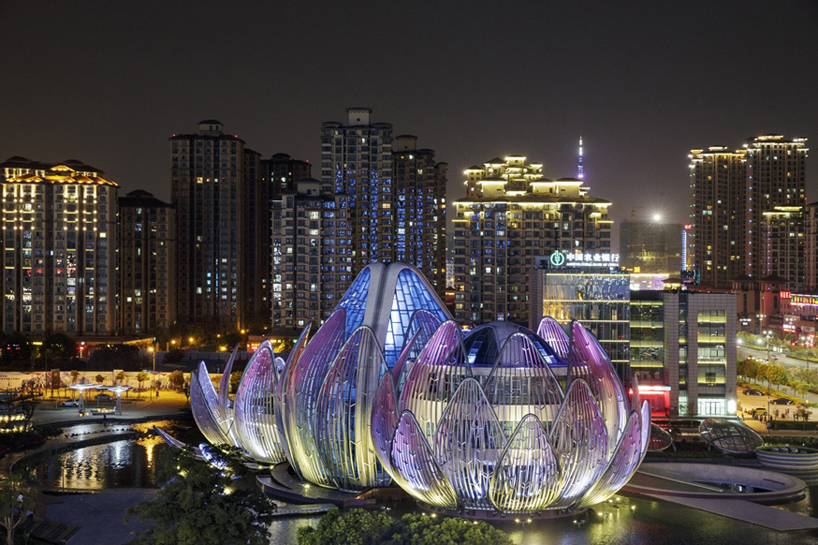 already distinctive in its presence, by night ‘the lotus building’ is further enhanced, illuminated by a lighting system that is devised to hold a series of changing color combinations for 20 seconds; before slowly transitioning — over a period of 10 seconds — to the next scheme. in its entirety, the volume stands as a revelation of space, setting a new standard of architectural ambition in the region. 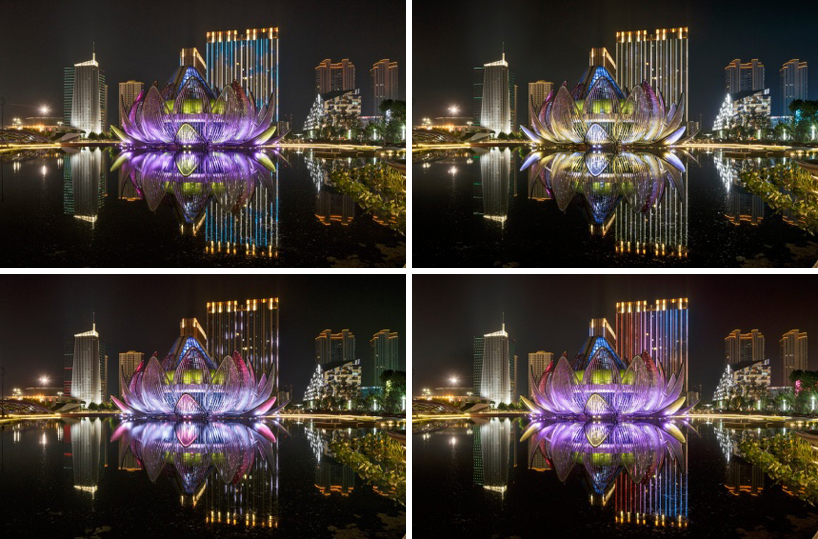 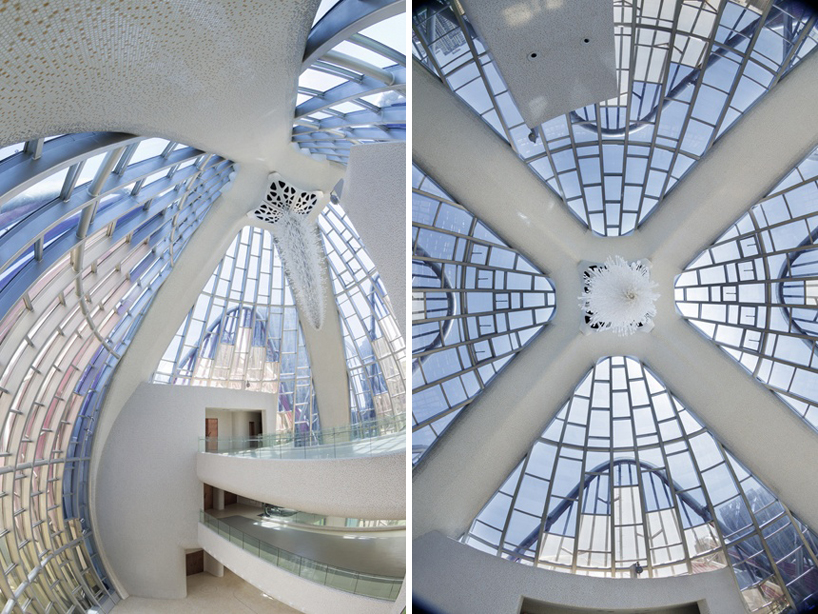 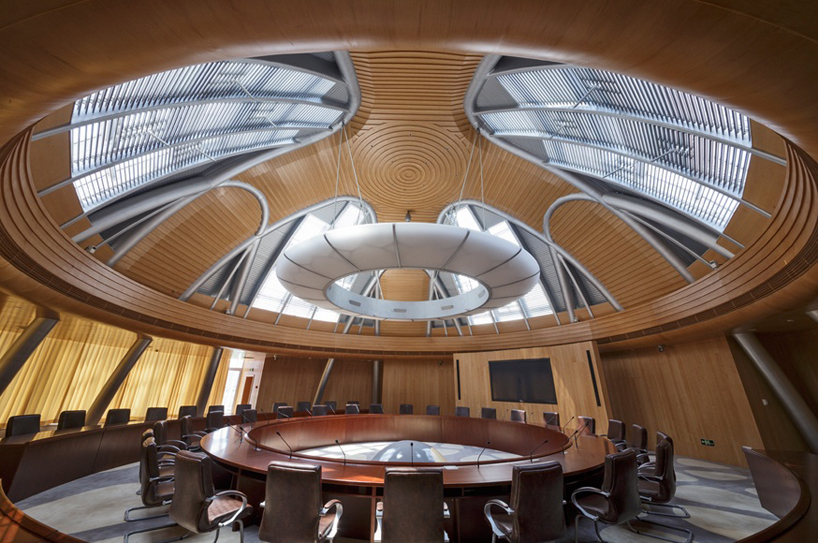 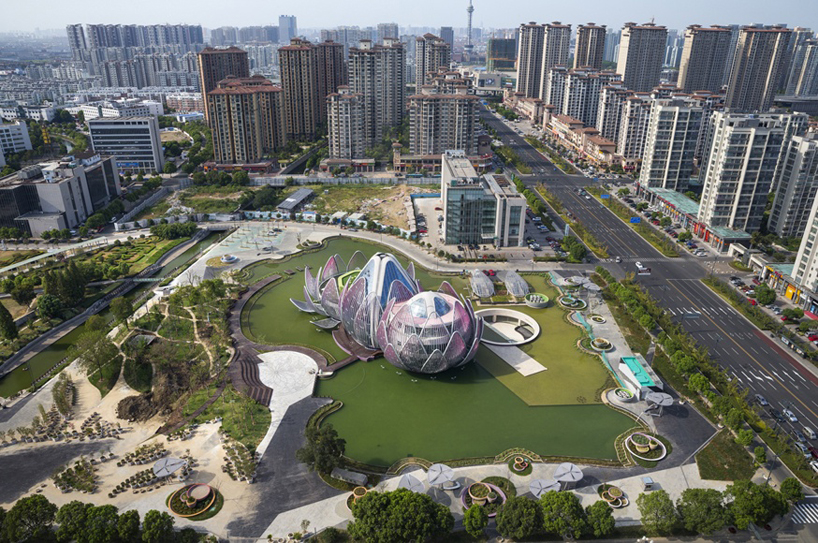 animated fly-through of ‘the lotus building’
video courtesy of studio505 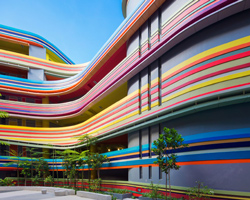 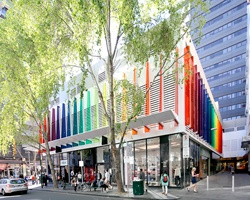 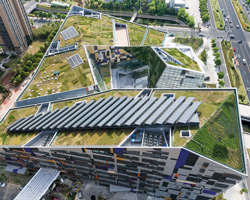