the clematis-no-oka cultural complex in the shizuoka prefecture city of mishima,
has a new museum devoted to photography: the izu photo museum which opened last
week. 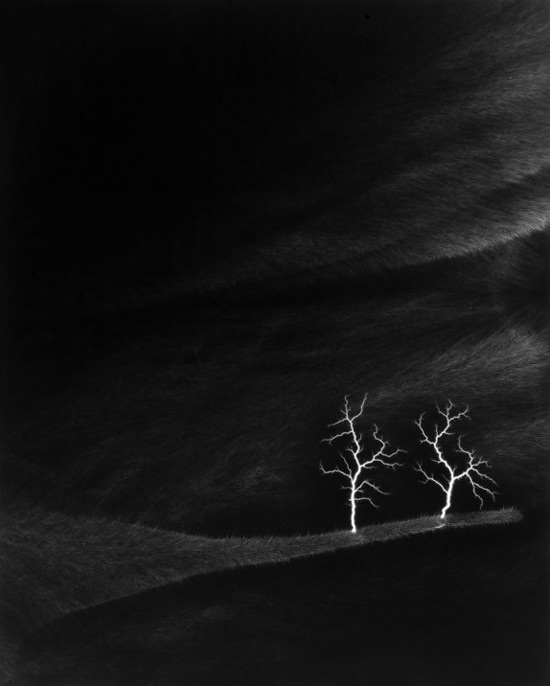 although sugimoto has exhibited this series in japan before, he has never done it at this scale.
from up close the crack of lightning changes completely, revealing faint but intricate patterns.
it’s the presence of a 60 cm-high, 13th-century sculpture of ‘raijin’ that brings the gallery
to life. standing on a 2-meter-high plinth, in his customary foot-raised dance, the god
essentially becomes the artist, appearing to survey his lightning-bolt handiwork in
the photographs on the far side of the room.

the second body of work occupying the 499-sq.-meter museum, ‘photogenic drawing,’
also sees sugimoto strike up a conversation across the centuries. here, his counterpart is
19th-century photographic pioneer william henry fox talbot, whose paper negatives
sugimoto has reprinted. sugimoto’s enlarging of the works — by 10 times, to about
a meter in height — emphasizes their subjects’ ethereal nature, heightening the sense
that in viewing them we are peeking back through the ages. 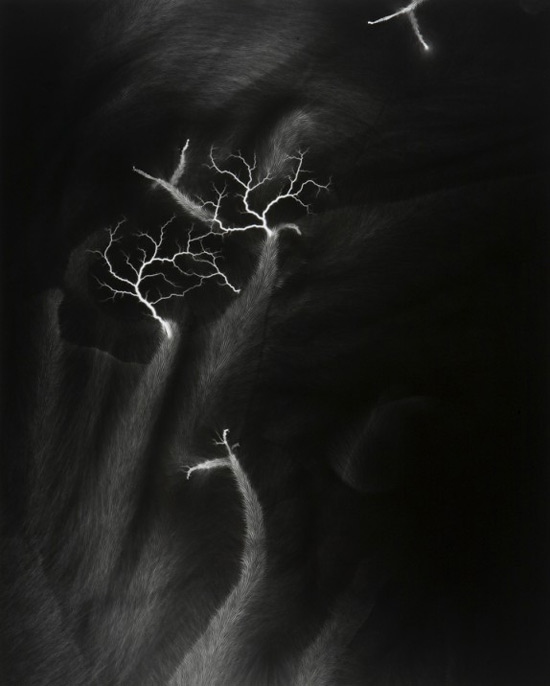 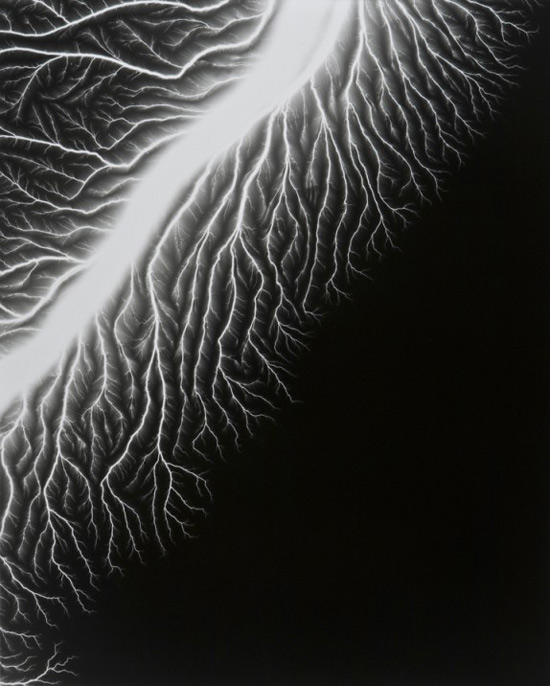 the exhibition represents a milestone for sugimoto. last month he was awarded
the praemium imperiale, the japanese answer to the nobel prize that is given internationally
in categories where no nobel is available (painting, sculpture, architecture, music and theatre/film).
sugimoto got his for ‘painting,’ thus winning establishment recognition for his long-held
view that photography is that medium’s equal.

‘nature of light’ at the izu photo museum runs till march 16
for more information visit www.izuphoto-museum.jp 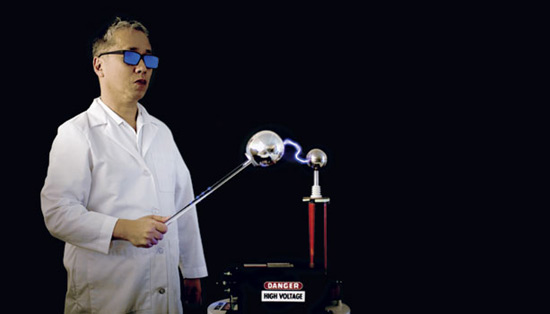 located near the vangi sculpture garden museum, the interior and garden of the
izu photo museum has also been designed by hiroshi sugimoto. interior which leads to a small garden 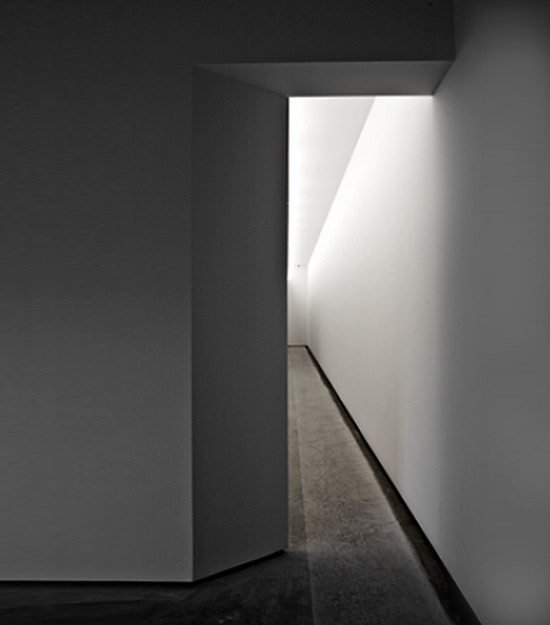 the garden of the museum

hiroshi sugimoto (杉本博司), born on february 23, 1948, is currently living and working
in tokyo and new york. hiroshi made these works, by taking a high voltage source
and applying it directly to the film.