architecture 23k views
the stedelijk museum’s new addition
image © benthem crouwel architects
in a few days, amsterdam’s stedelijk museum will close its doors temporarily while renovations are done to enlarge the space and unify it more with its surroundings. in charge of the project is benthem crouwel architects, whose plan is to connect the old building with the new one, creating a contrast between the two. the original building, designed by a.w. weissman, is known for its large, majestic staircase, grand rooms and natural lighting. the new addition considers these elements by leaving them intact. as part of the museum’s makeover, the color white is being introduced by former director willem sandberg, and speaks to the history of the building which was once painted that color.
the reveal of the new stedelijk museum is projected for 2009. 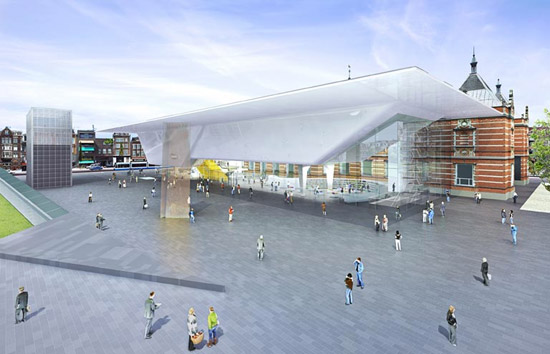 the orientation of the stedlijk and the surrounding buildings currently have their backs facing onto the museum’s square (museumplein). the vision of the architects sees the entrance of the museum being moved to the museumplein, opening up the area with a spacious transparent extension with ‘the volume’, a newly designed large, white mass floating above. ‘the volume’ will jut into space, thereby becoming a roofed plaza. it will have a seamless finish that is achieved by aerospace and nautical techniques. the new design will also provide flow of space with granite running from the interior to the outside onto the museum square. an information centre, library and museum shop will occupy the transparent space, with a restaurant on the terrace of the museumplein. underground, a large exhibition hall of about 1100 square meters will be housed. ‘the volume’ also has an exhibition room which connects to the primary exhibition hall of the original building. 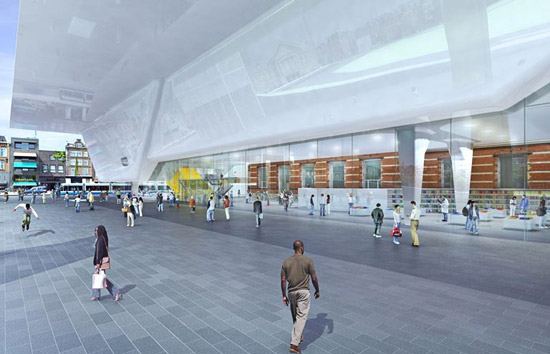 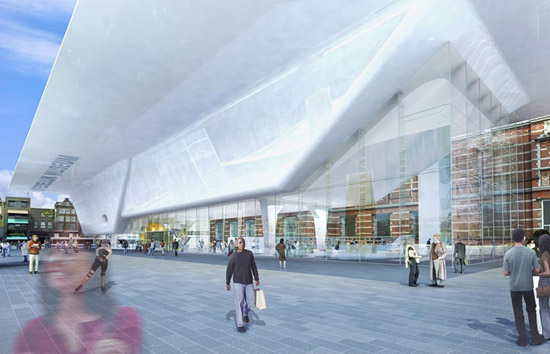 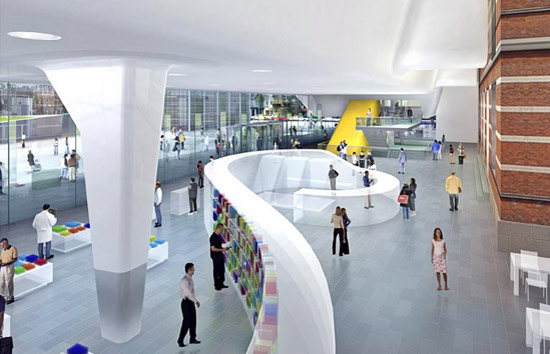 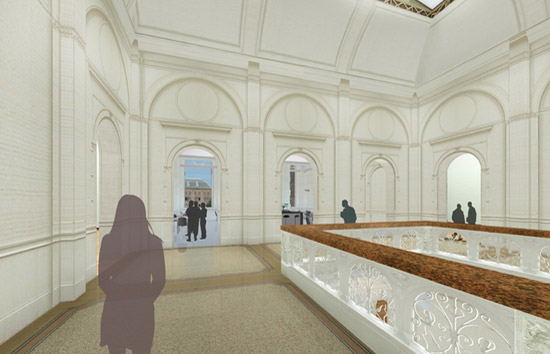 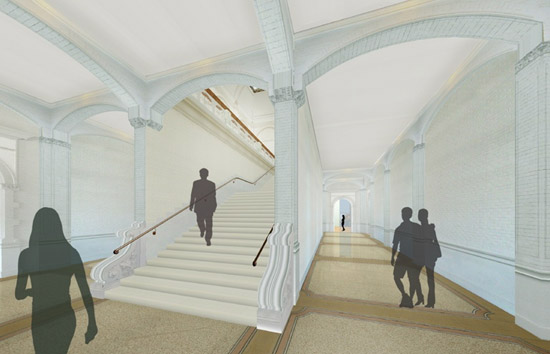 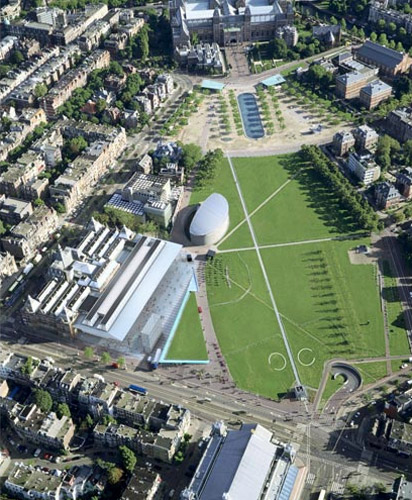 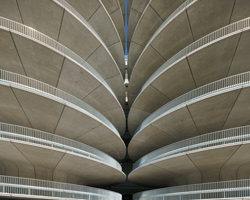 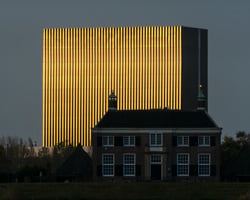