‘5th avenue plaza and fountains’ by the olin studio, new york city all images courtesy of metropolitan museum of art

the metropolitan museum of art has unveiled the redesign of the ‘5th avenue plaza and fountains’ by philadelphia-based landscape architecture firm olin studio. a public space will parallel the museum’s landmark front facade, spanning from 80th to 84th streets, leaving the iconic central stairs untouched. the existing fountains, dating from the 1970’s will be replaced  and relocated closer to the primary entrance.

walkways containing 100 little leaf linden trees will shade the pavement comprised of north american granite, taking the place of the existing greenery with limited lifespans due to their current planting conditions. a suspended paving system will allow subsurface tree pits to collect and use the site’s rainwater runoff, doubling to relieve the city’s infrastructure. per year, each tree is expected to absorb 845 to 1390 gallons of water, while excess will be redirected to underground retention areas and slowly released into the stormwater system.

additional bosques planted at 45 degree angles will guide visitors towards the doorways and seating areas. seasonal plantings will provide visual interest and color throughout the year, complementing and accentuating the architectural features. the implementation of more vegetation will reduce urban heat island effect, preventing the sun’s heat from being absorbed into the hardscape, reducing surface temperatures by 25 degrees fahrenheit. 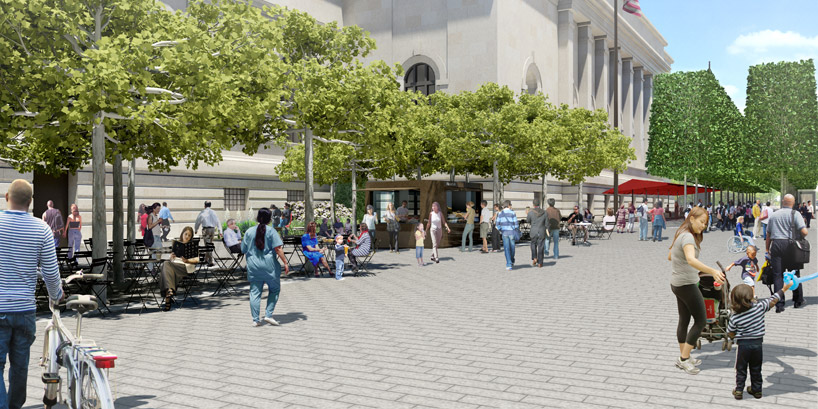 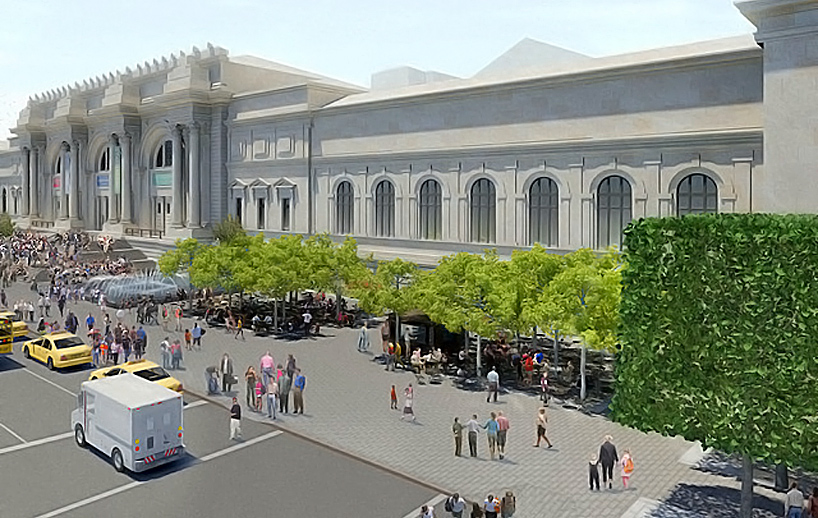 general view of the proposed space 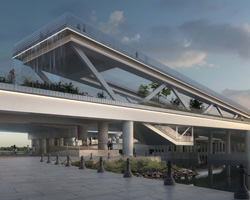 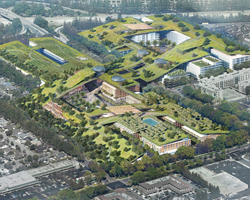 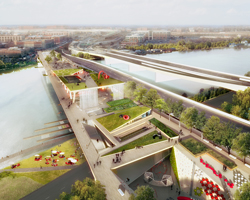