set over 1,873 square feet on a hilly site just northwest of mexico city, when the organic house was built in 1985 it was based on the elemental functions of a space required by man. wanting to create a home similar to the refuges of animals, or those of early humans, renowned mexican architect javier senosiain decided to build it underground, disguising it beneath green dunes and separating living quarters with two functions: diurnal and nocturnal. 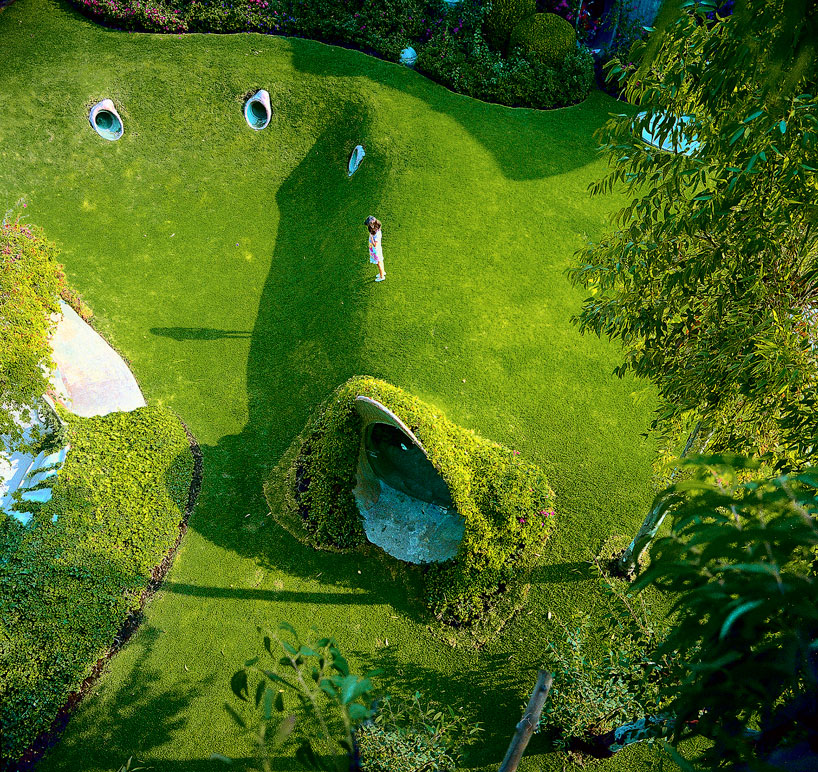 a renowned mexican architect, senosiain is well-known for his organic architecture, building houses inspired by the shape of a snake, a shark, a flower and even a mushroom. in the organic house, he took inspiration from the shape of a peanut shell, organizing the home as two ovate spaces unified by a curved hallway. 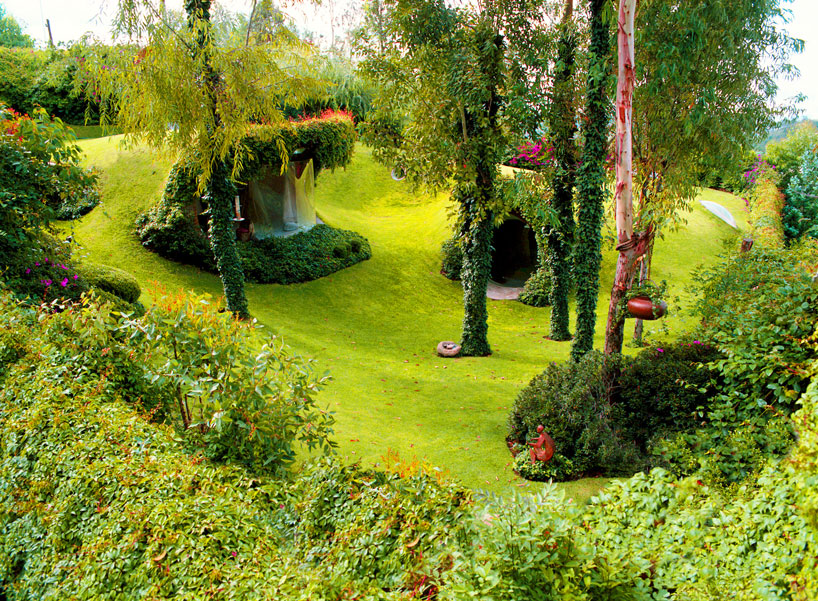 ‘the original concept is defined in two large spaces: one day and one night, looking for the feeling that inside the person will enter the land, that was aware of the uniqueness of this space without losing integration with the exterior green areas,’ senosiain said. ‘the green dune is the envelope of the interior volume that is almost invisible. from the outside we only see grass, shrubs, trees and flowers. walking on the garden is walking on the roof of the house without realizing it.’ 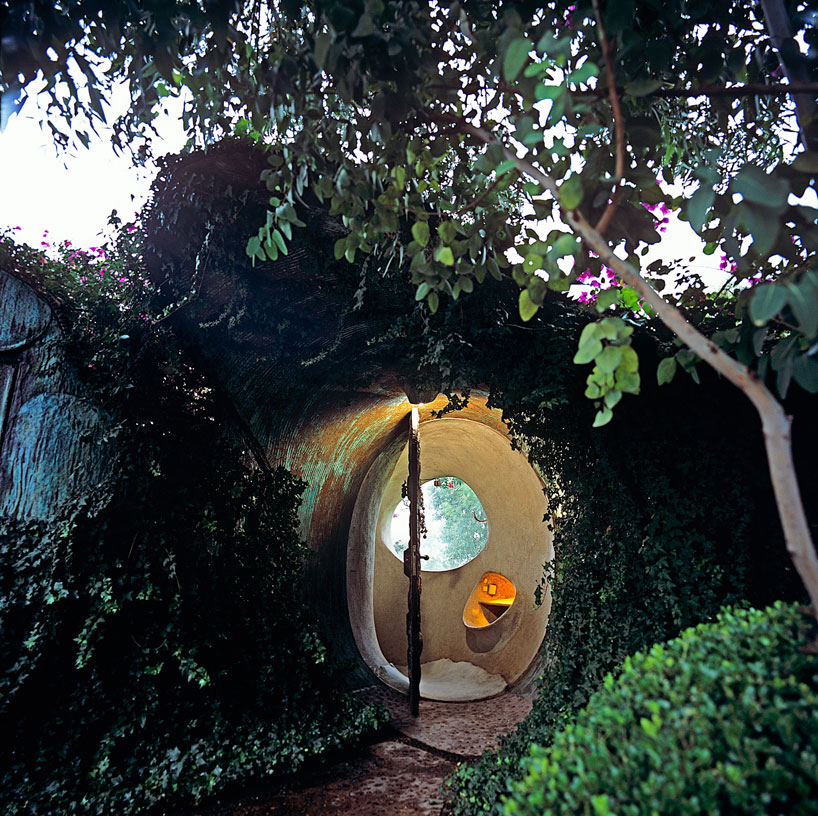 despite being built underground the interior is filled with natural light, permitted by a series of large, curved windows that frame the luscious green surroundings. meanwhile, the ventilation is facilitated thanks to the aerodynamic forms of the dwelling that allow free circulation of air. echoing the topology of the exterior, the furnishings are similarly integrated with the surroundings, facilitating circulation and making the most of the area available. 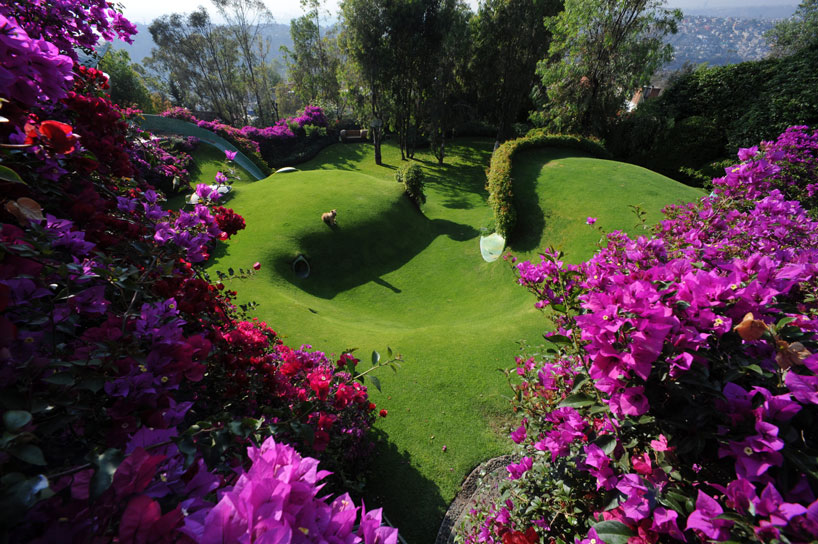 to achieve the sinuous forms that make up the organic house, senosiain used ferrocement, a composite material composed of a mortar reinforced with light steel fabric/mesh. a major appeal of ferrocement is that buildings can become very interesting in shape. touted for its strength and flexibility, it can be used in such compound-curved structures as domes, roofs, and ship hulls. 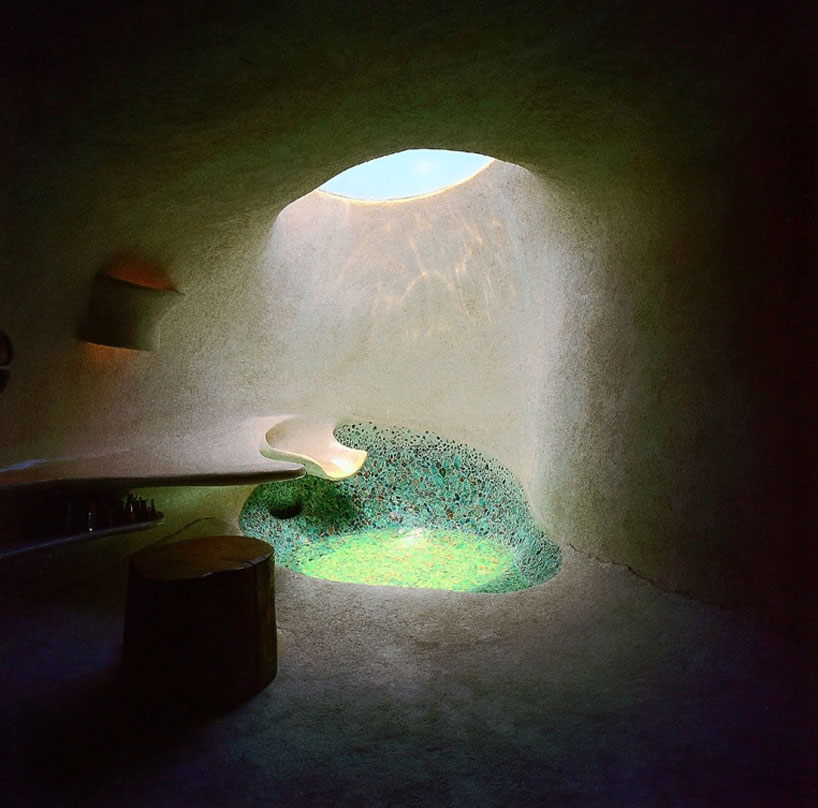 ‘the assembly of the ferrocement began on the template that looked like a skateboard track, forming the shell with a metallic skeleton, in which the rods were arranged in the form of rings, changing the height according to the space. next, the rods were spirally wound. at the end of the frame, two ropes of coop braided together were fixed, and then the concrete was thrown.’ 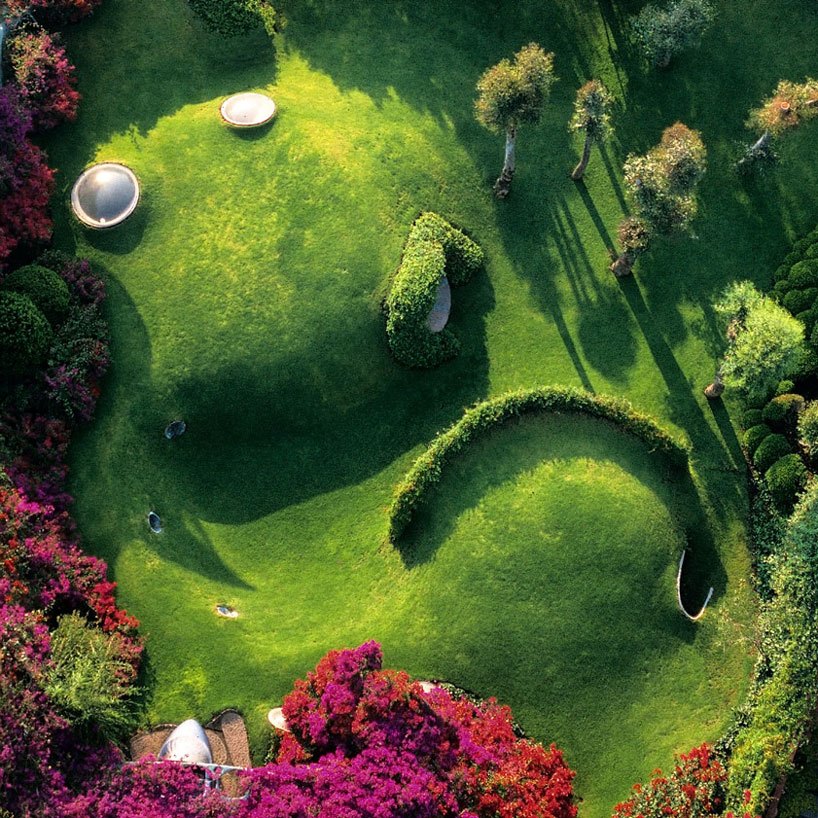 the structure was then coated with a 3/4 inch of sprayed polyurethane, to both insulate and waterproof the house. the earth and the grass protect the membrane from the sun, the wind, the hail and the wet-dry cycle; offering year-round protection and avoiding dilatations and contractions that cause fissures and consequently humidity. 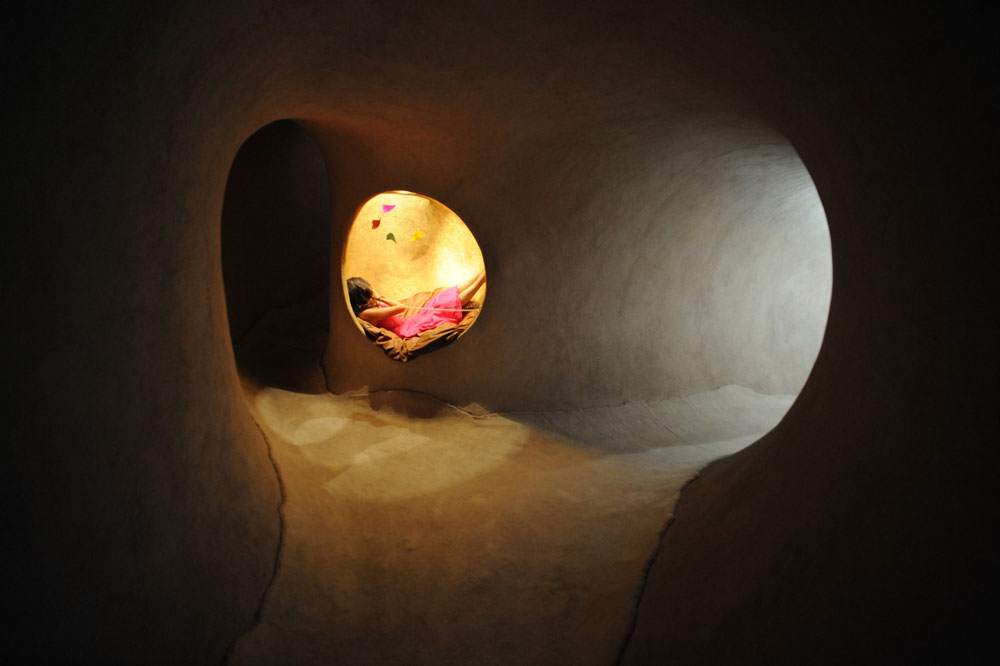 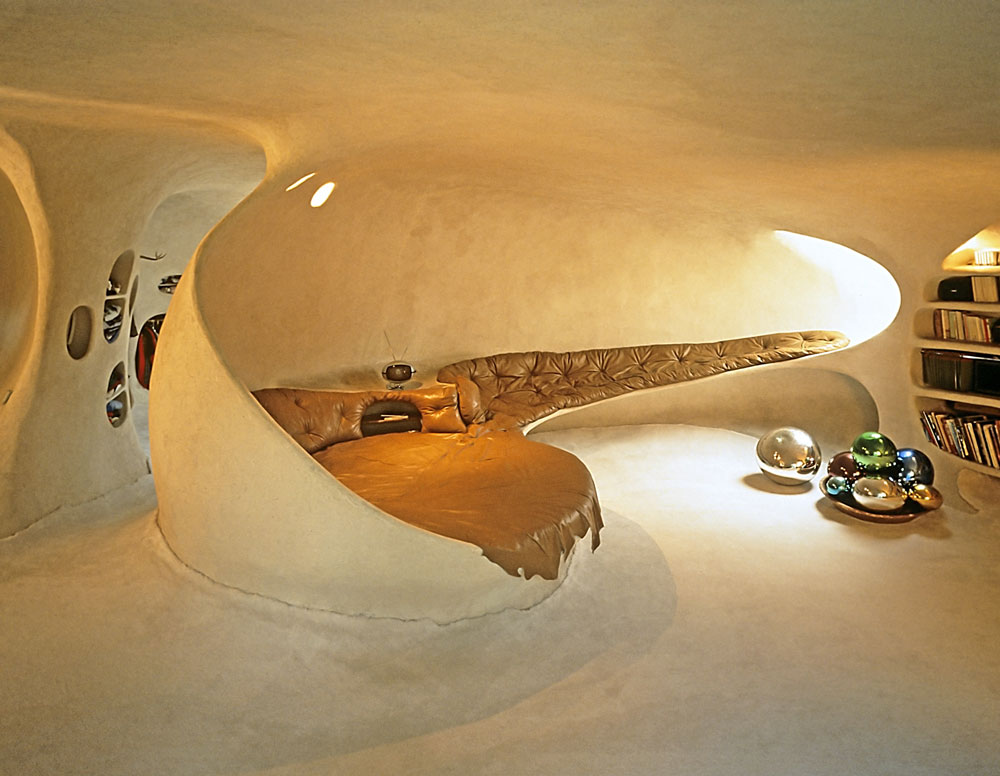 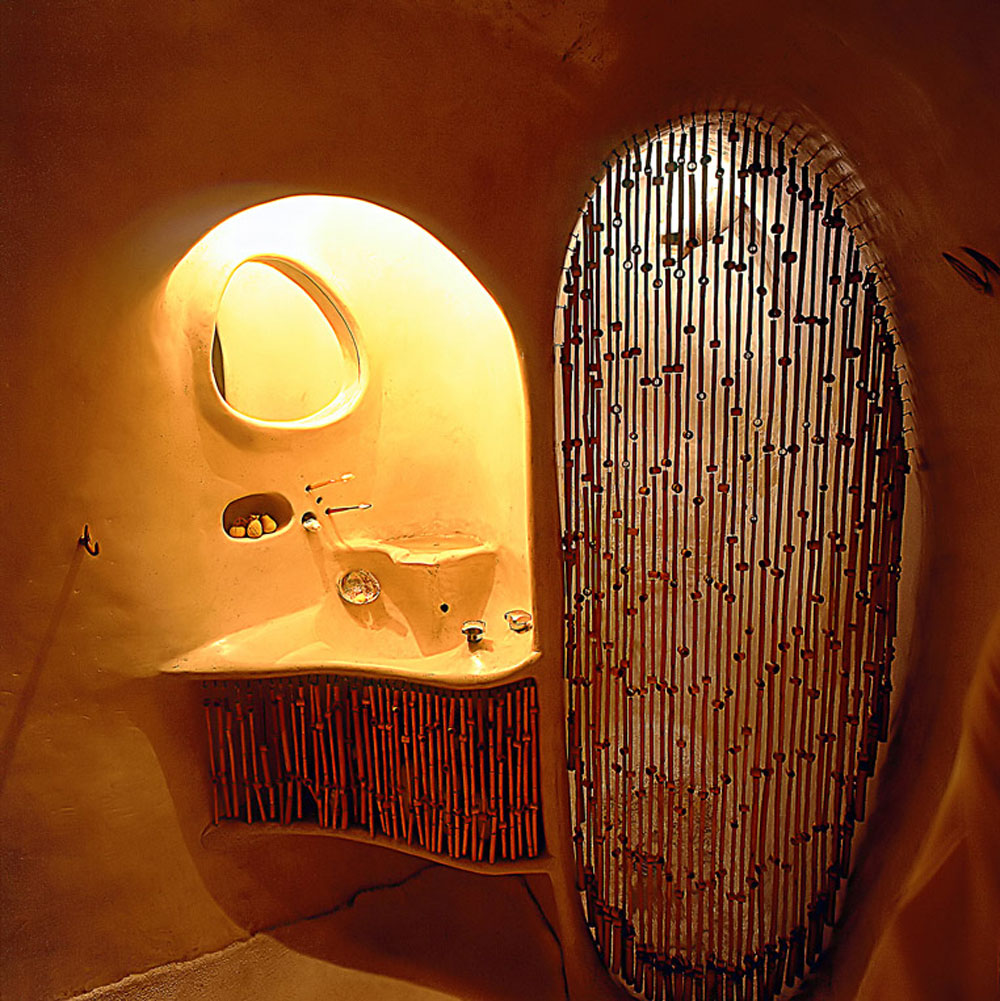 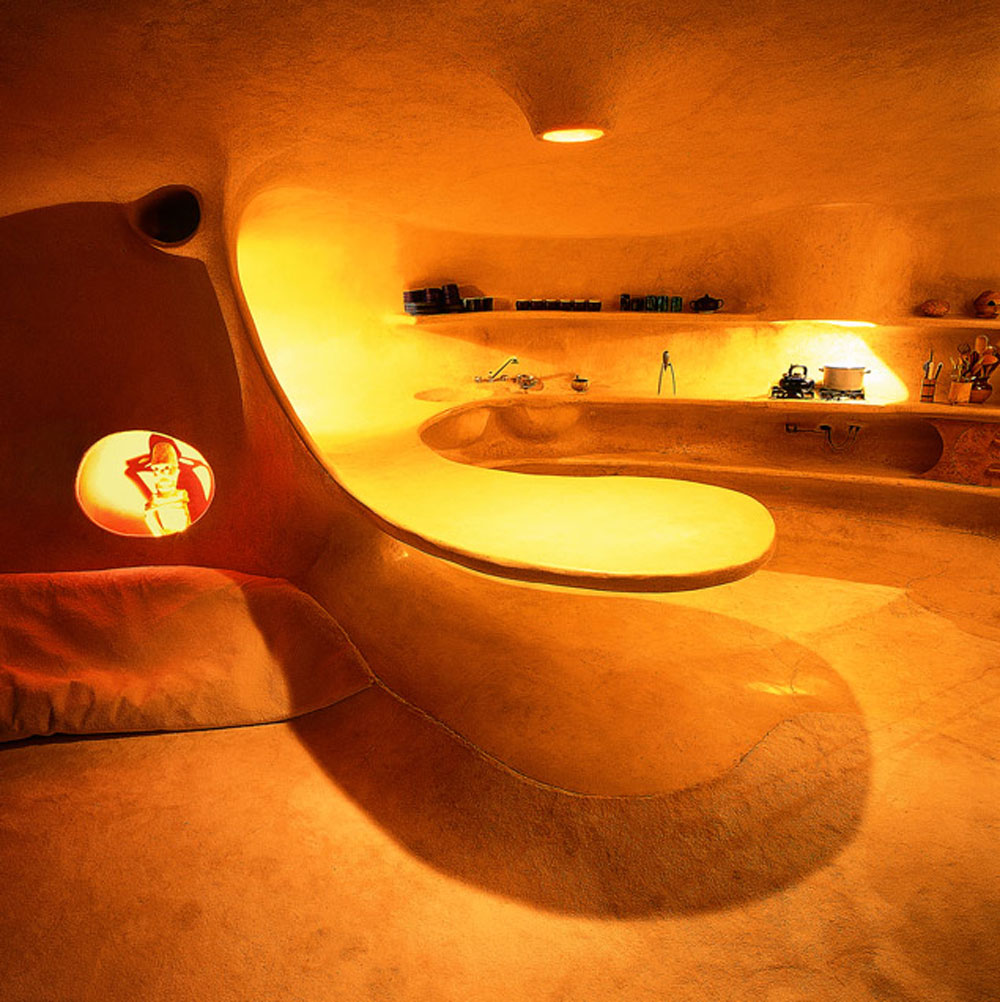 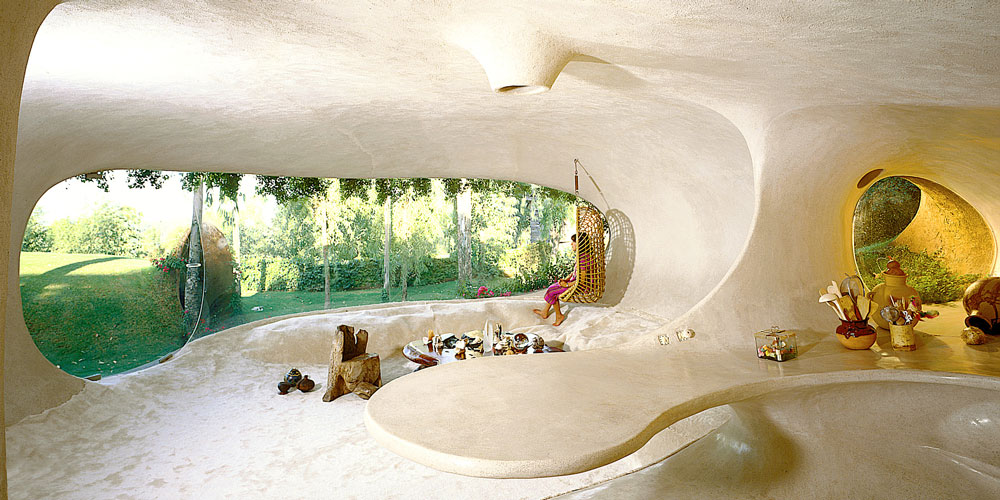 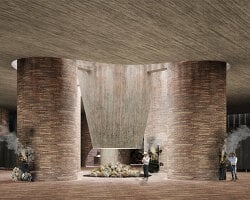 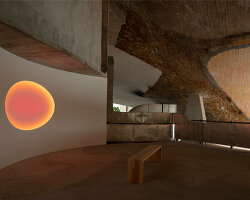 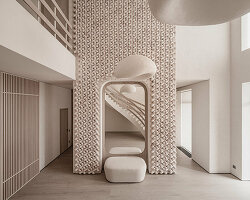 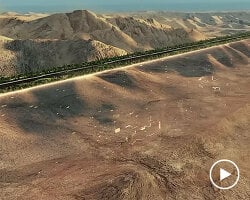 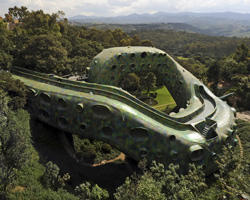 Aug 07, 2018
this psychedelic mexican snake house is probably the most surreal airbnb can get