karina wiciak of wamhouse studio shares her latest design that follows a series of houses inspired by famous logos. the latest incarnation, dubbed the ringshouse, is inspired by the symbol of german car manufacturer audi. however, this project not only references the shape of the well known logo, but also the history of the brand and the era it was born in. 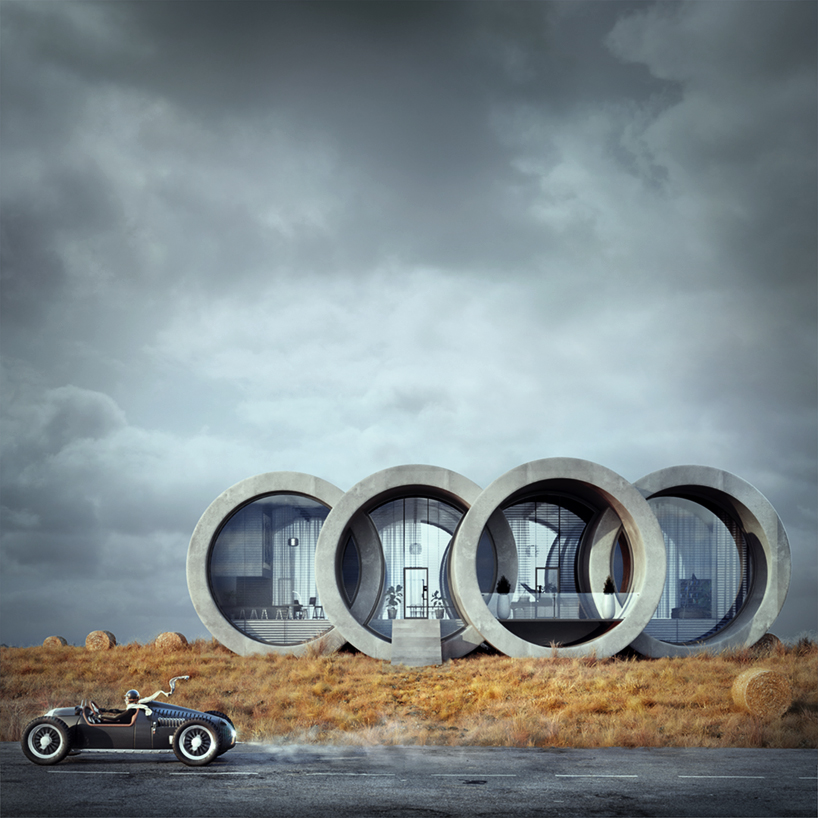 the logo, which has long been associated with audi, was first created in the 1930s when four companies merged under the four rings. the ringshouse evidently refers to this shape but also to modernist architecture, which was prevalent at that time. in this design wamhouse studio reinterprets typical features of this style, such as raw concrete structures, rounded walls and windows, open internal space and expansive elements of glazing. 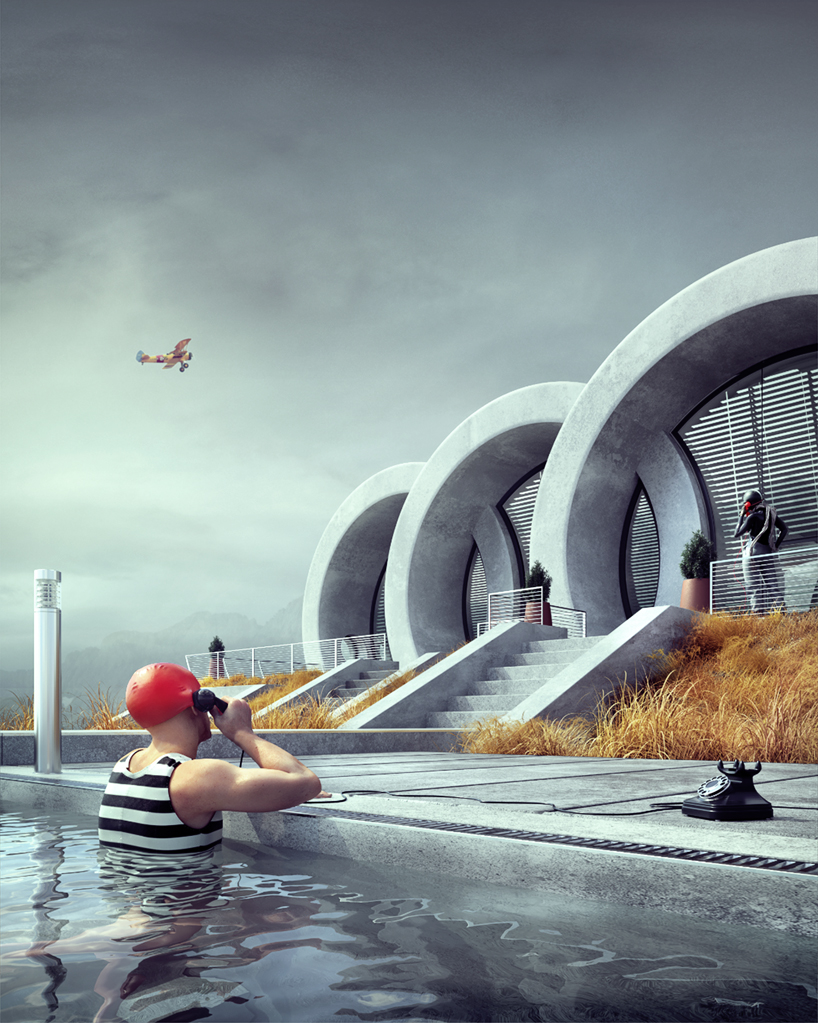 within the four parallel cylinders, the daily usable floor area of ​​the house is almost 280 m2 and covers a ground floor level in addition to an underground garage with utility rooms. the living area, which boasts high-ceilings and a generous space, has been purposefully left without the addition of a second floor, despite the fact that the significant volume would allow it. the overall goal was to maintain the readability of the four cylindrical bodies on the outside, therefore, it is not a modest home for a family, but rather a spacious holiday residence, situated among natural vegetation. 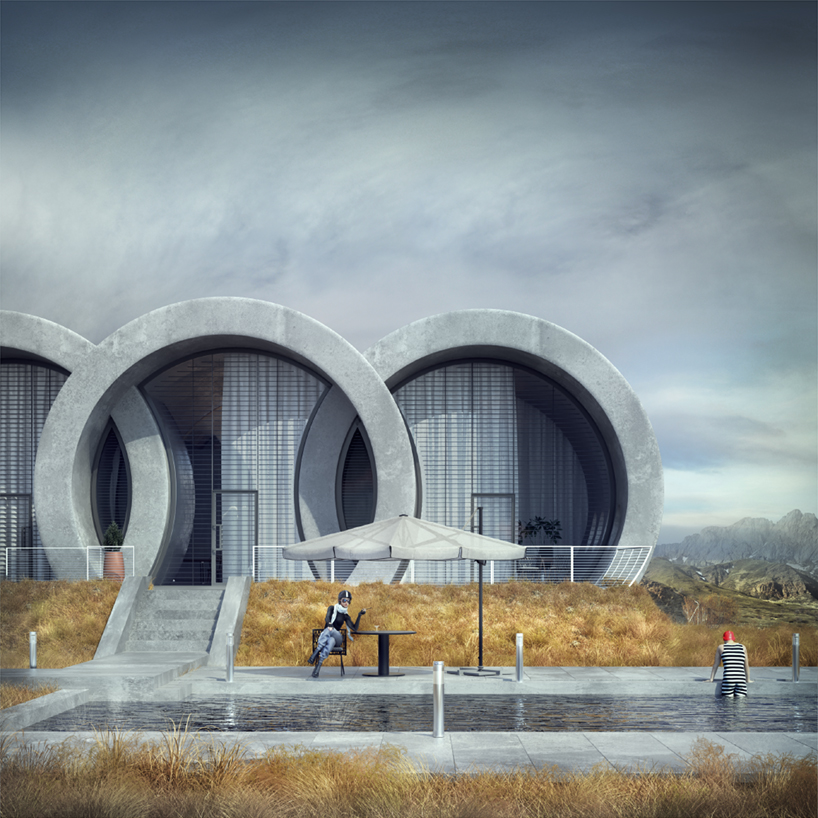 the above ground part of the house contains large open rooms, which are partly partitioned off with glass walls. the program includes a corridor with an open lounge, a dining room and music corner, a large kitchen, a study room with library, two bedrooms with private bathrooms, three toilets, two separate wardrobes and one pantry. similarly to the previous houses in the series, the ringshouse has clearances on the surface of all the large windows, making the form of the building more prominent. 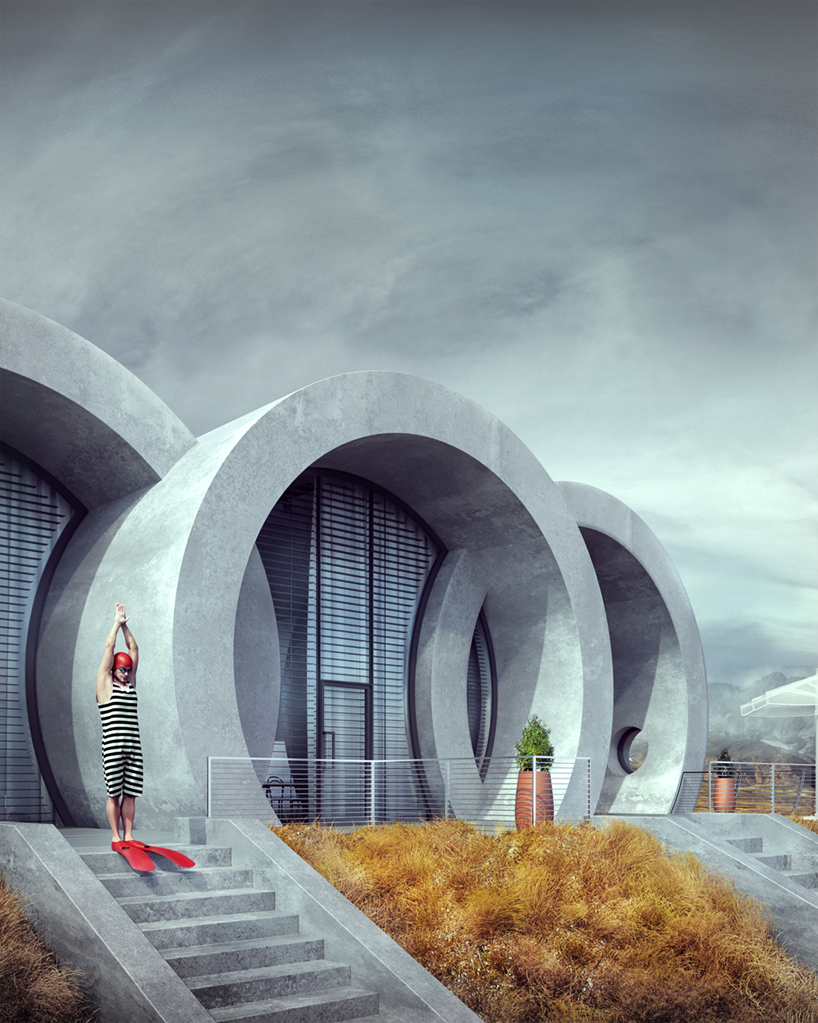 the ringshouse is a contemporary building but as wiciak notes, ‘everything that is created today is the result of evolution and a continuation of what was once created. therefore, it is worth remembering, and house design can be a great excuse to tell an interesting story and not only the history of architecture.’ as well as envisioning a unique and fantastical home, the project also reinterprets a past style in an attempt to recognize our shared history. 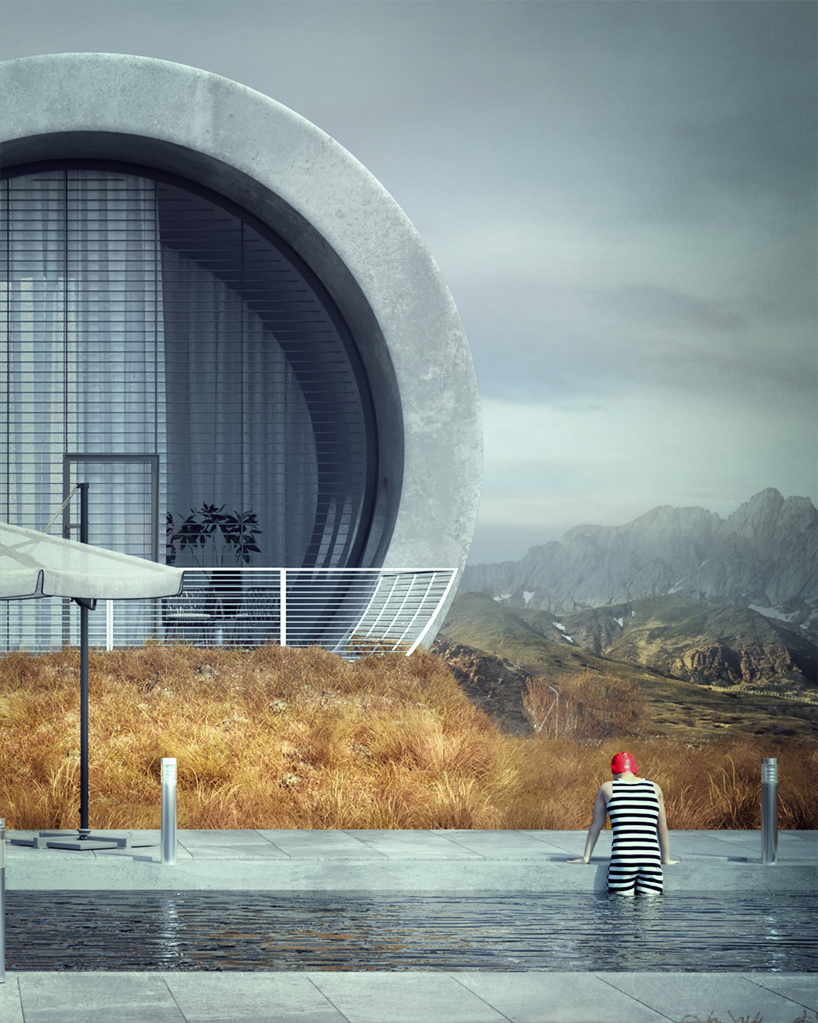 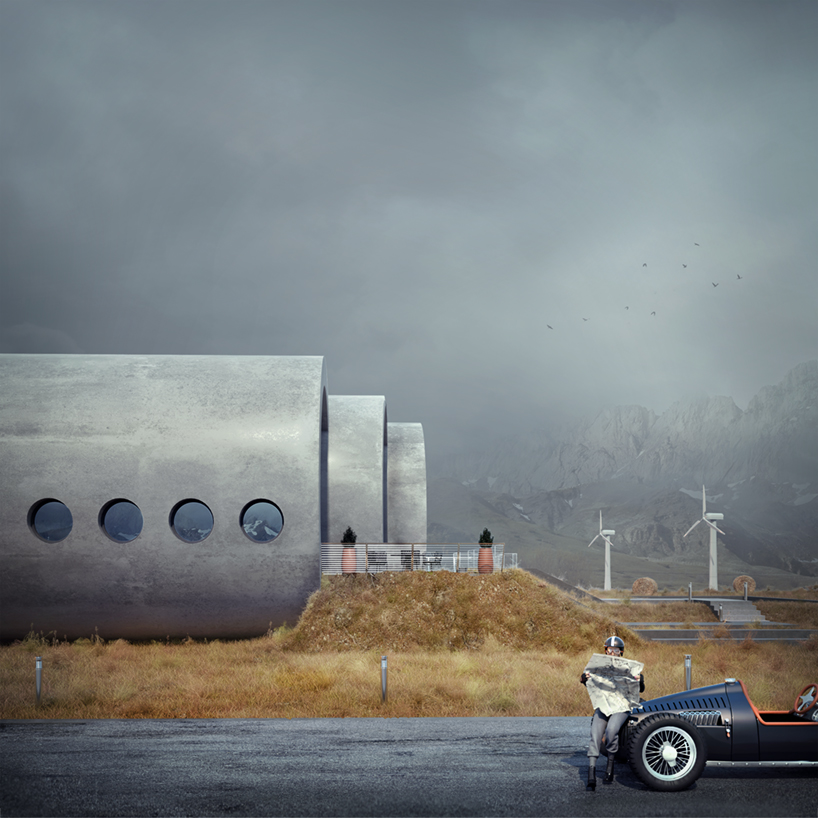 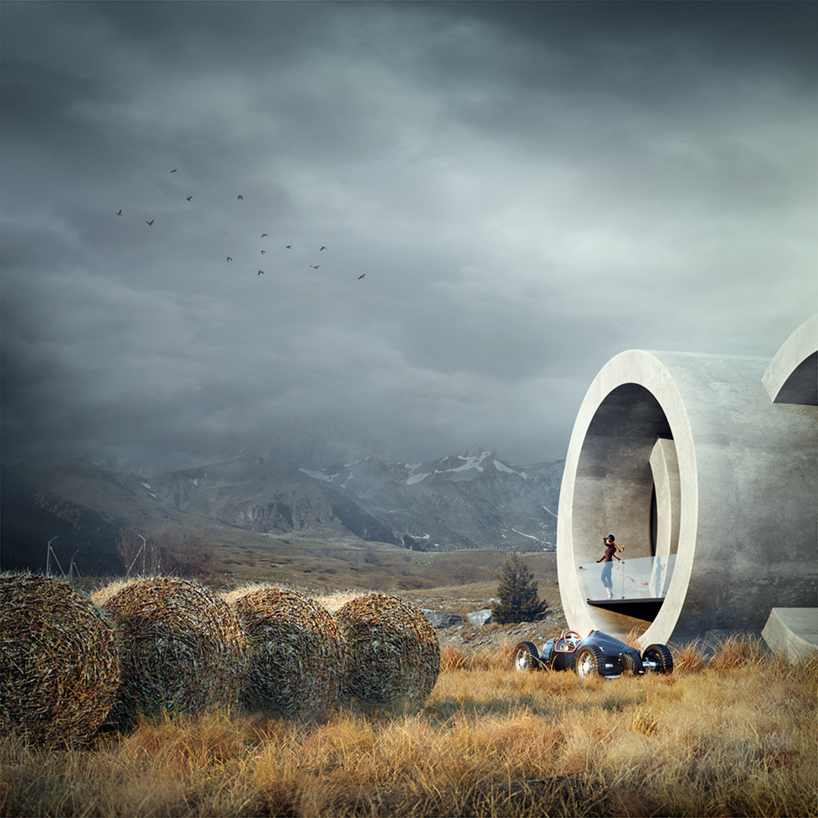 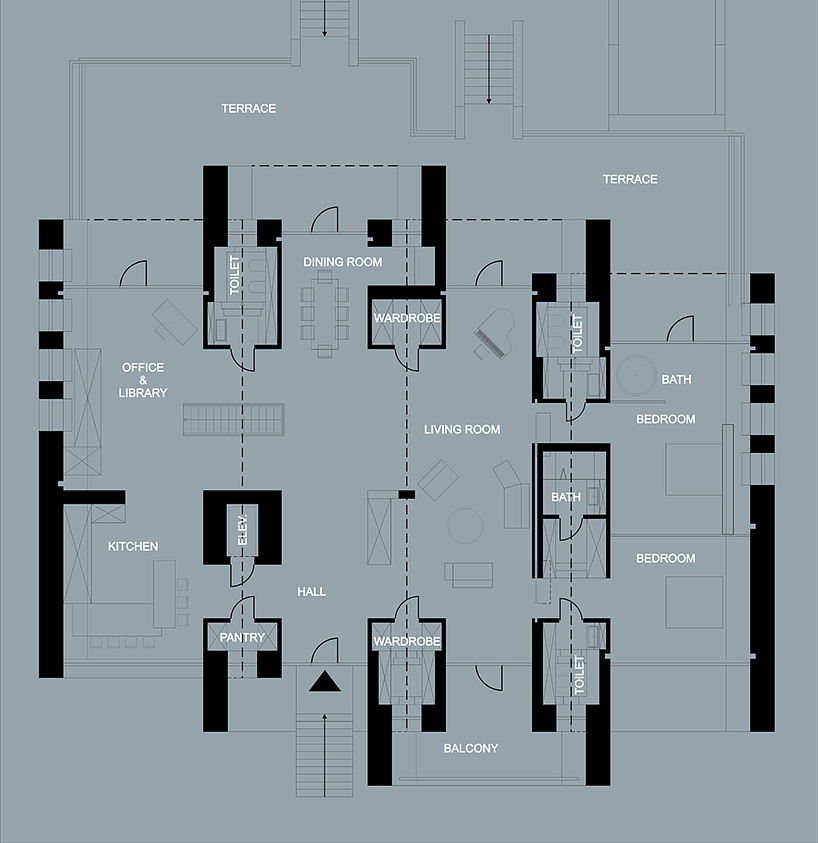 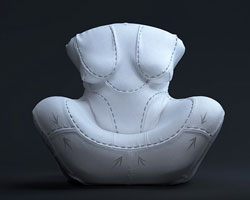 Dec 12, 2019
wamhouse studio imagines a series of houses in the shape of famous logos 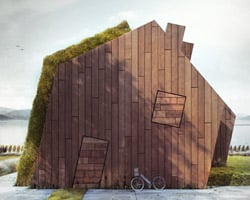 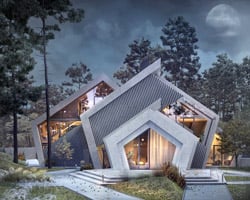