THE DESIGN PRIZE 2018: new york’s vast and versatile cultural complex at manhattan’s hudson yards, the shed designed by diller scofidio + renfro (DS+R) and rockwell group, has been nominated for the SOCIAL IMPACT category of the second edition of THE DESIGN PRIZE.

energy saving and smart:
while the permanent base structure alone makes the shed a champion of innovative design, it’s the structure’s telescoping outer shell on rails that really stands out. realized in 2017, the 8 million pound, six-level structure on six wheels, that measure six-feet in diameter, is an engineered system that requires just six 15-horsepower motors to expand and contract. the design was unveiled in 2011 and construction began in 2015 with the prefabrication of the steel and the motion system in italy.

the project is scheduled to open spring 2019. read more about the structure here and here.

designboom met up with elizabeth diller in february, discussing the technical and cultural criteria that led to this project having a huge impact on new york’s public space.

referring to the work of visionary architect cedric price, in particular his 1964 fun palace, an unbuilt concept for a ‘laboratory of fun’ in the east end of london, the cultural center will provide facilities for all types of cultural events. a work addressing the history of african-american music from 1680 to present, created by director steve mcqueen and producer quincy jones was the first commission to be announced for next year. 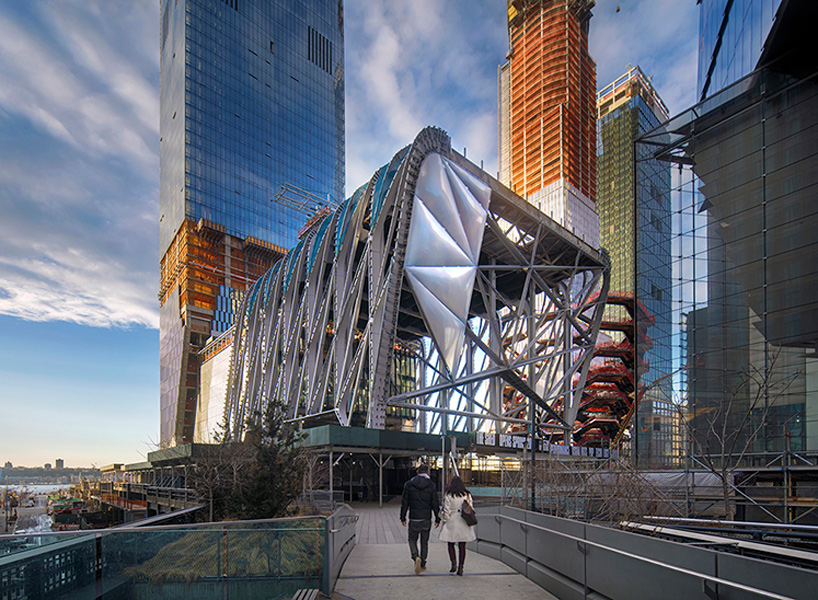 about THE DESIGN PRIZE

initiated in 2017 by abitare magazine and designboom, the award recognizes both the extraordinary achievements and little sparks of beauty and delight that have emerged over the past 12 months. the introduction of THE DESIGN PRIZE intends to celebrate excellence on a global scale, as the city of milan continues to assert its prime position as the world epicenter of design.

you may be thinking, another design award?
yes… but this one has an unusual format, positioning itself as a contemporary and provocative alternative to the formalism of our times.

backstage selection process
from backstage to centerstage, THE DESIGN PRIZE crowdsources its longlist of over 700 nominees by consulting an international network of more than 150 creative professionals. experts in their respective fields, these voices combine to create an essential litmus test of the industry at large by composing a ‘who’s who’ in the world of design.

save the date!
the GALA AWARD CEREMONY event, on april 17, opening the milan design week, will be produced by pry.
stay tuned to our upcoming articles about THE DESIGN PRIZE 2018’s nominations and jury process.

THE DESIGN PRIZE is energised by Edison
when it comes to the development and promotion of smart cities and homes, Edison is an experienced and well-equipped partner. the company employs its unique knowledge and know-how — developed over 130 years  of activity in the energy sector — in collaborative projects with architects and designers  that look to creating a sustainable future.

the solutions, business models and technologies proposed by Edison to its clients and partners are designed and developed in response to their specific needs, resulting in tailor-made energy systems that aim to improve and simplify the lives of people worldwide. 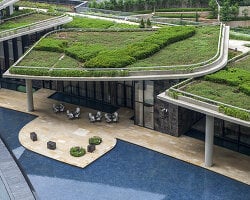 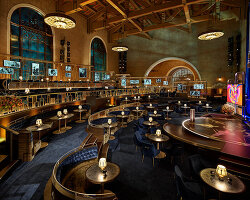 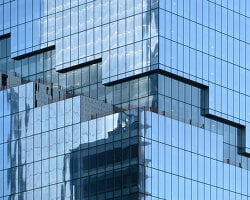 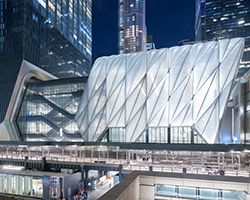 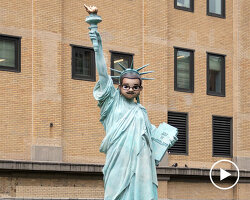 Jul 27, 2022
statue of liberty with emoji-inspired mask by paola pivi rises at the high line, NYC
step inside a 'lantern' of heatherwick studio's completed lantern house 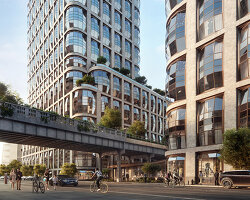