the new building for the shenzhen stock exchange began construction on november 22, when local officials and government broke ground. the new headquarters for the chinese equivalent to the nasdaq, was designed by the office of metropolitan architects, who were also on hand for the opening ceremonies. the building was designed to house the financial activities inside, while a large surrounding square creates a public space for civic functions. the new design features a large tower which is wrapped with a large surrounding building giving the impression that the building’s base was raised up to allow more activity on ground level. 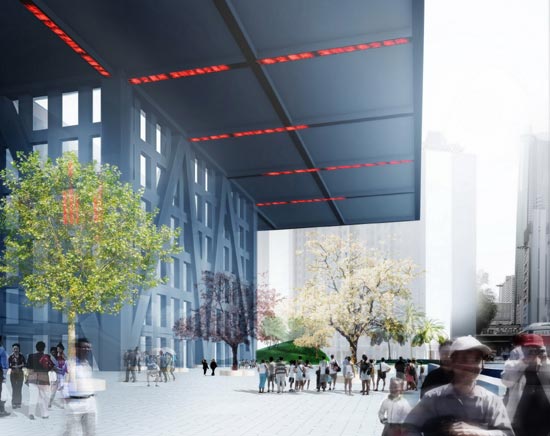 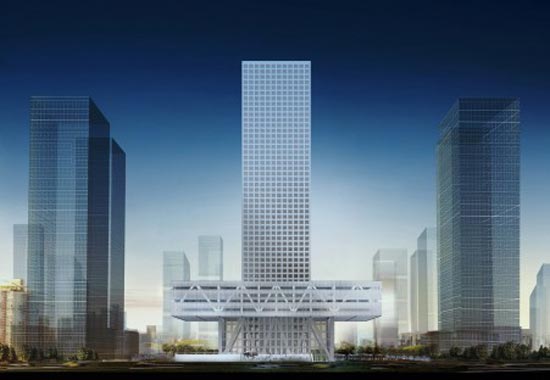