the evolved architectural eclectic, otherwise known as theeAe, contributed to the 1,715 anonymous submissions in the guggenheim helsinki design competition.  for their site analysis, they found that the present environment is the cityscape that creates the characteristic of the town. they note that, ‘it is a form of elevation that our eye can capture. it may be an expression of our needs to survive in the town. furthermore, it would generate emotional and sentimental effusion by developing memories from it.’ 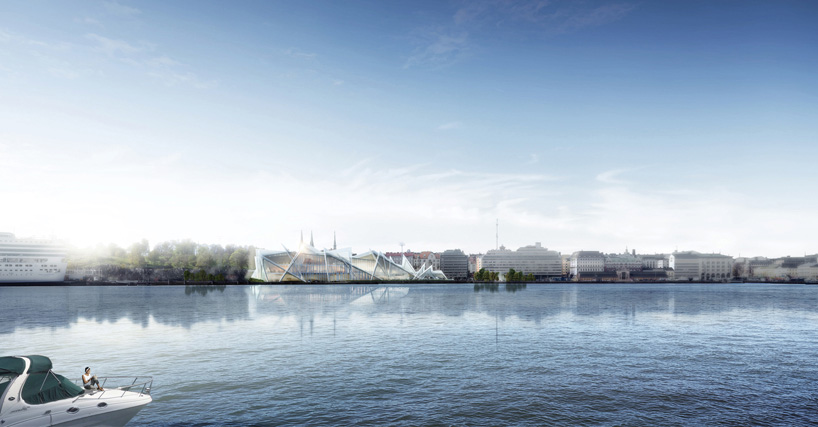 view from the baltic sea

this atmosphere has been related to the baltic sea and tahititornin vuori park throughout its history, with its climate, culture, business, and life deeply integrated into the urban fabric. by its fine location, the distinctive seasonal change can be seen through dramatic differences in the natural elements. 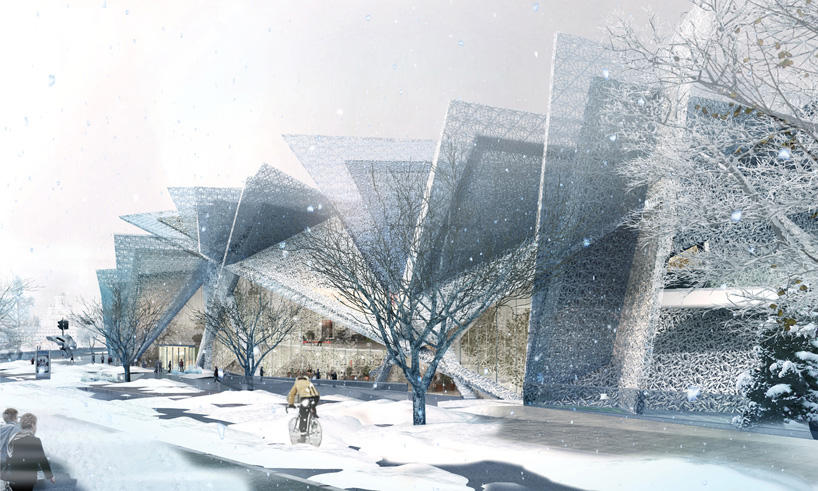 seeing the potential in these factors to influence the form of the architecture, the studio has conceptually imagined a building that represents frozen ice melting away from the landscape so it can begin its vegetative metamorphosis. the elevation lines that have been drawn by trees on the park become an enclosing structure. in the near vicinity, the design plants a native seed on the site. it will grow and become a medium to connect the water and the terrain. theeAe concludes by saying, ‘the interpretation that is made from this context intends to provide nostalgia for people who would see the project as an organic result that is not foreign, but native. once it is only a seed and now it will be a grown plant as a part of the cityscape where it has always been.’ 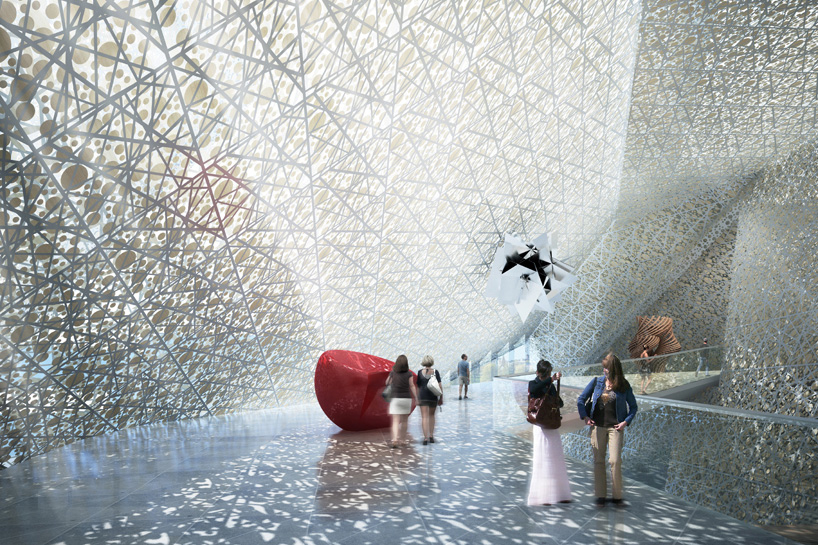 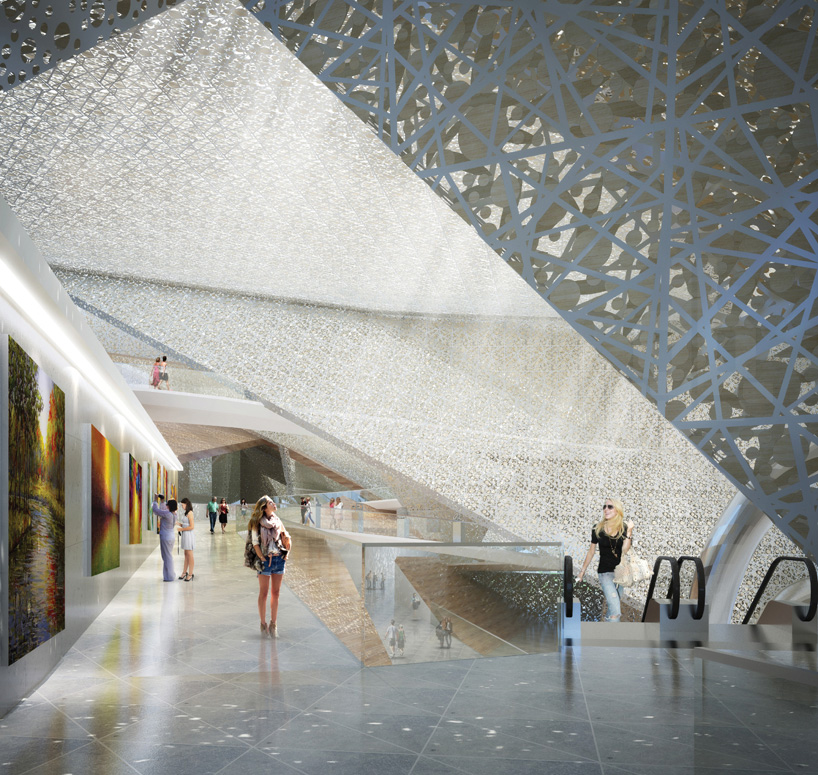 the elevation lines have been drawn from the trees 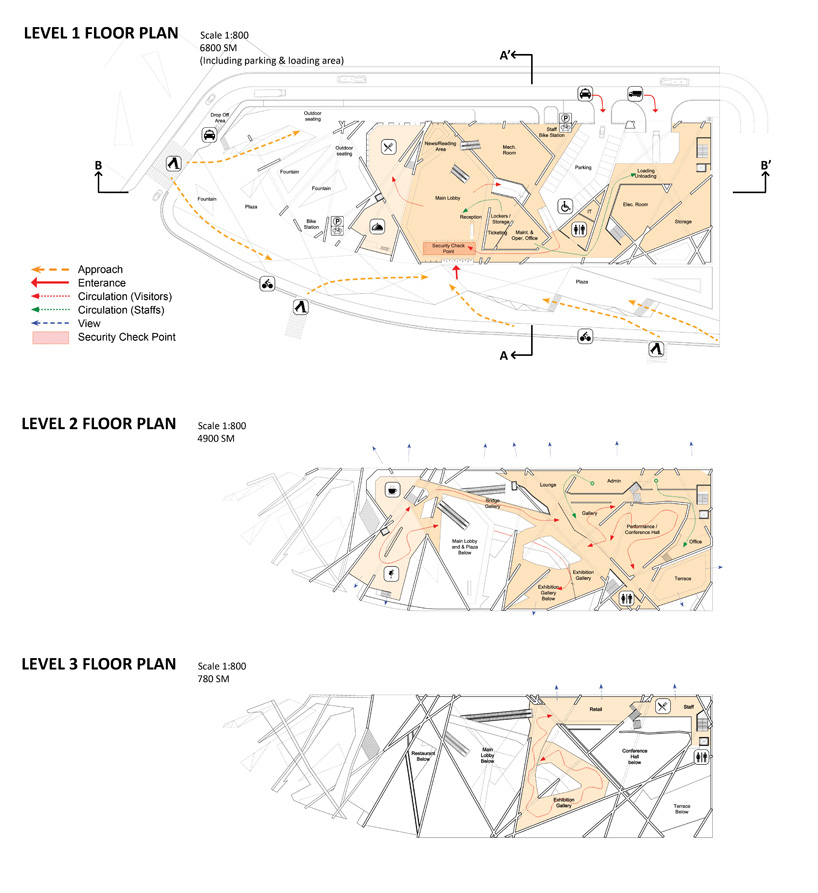 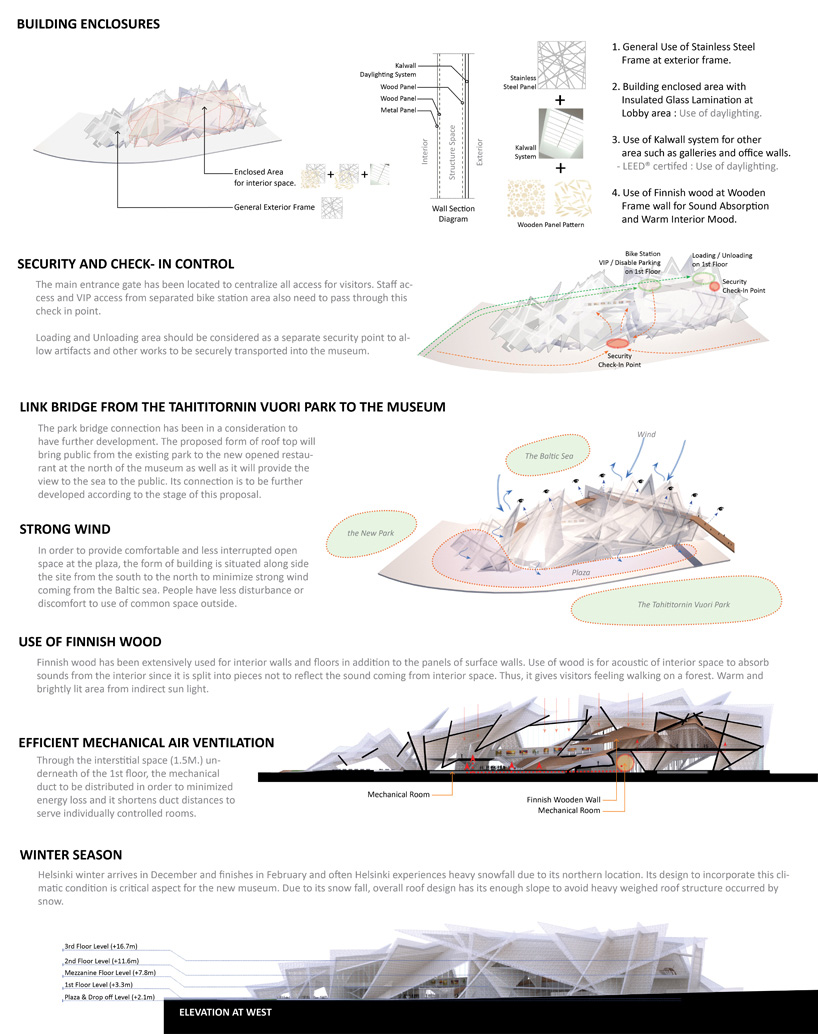 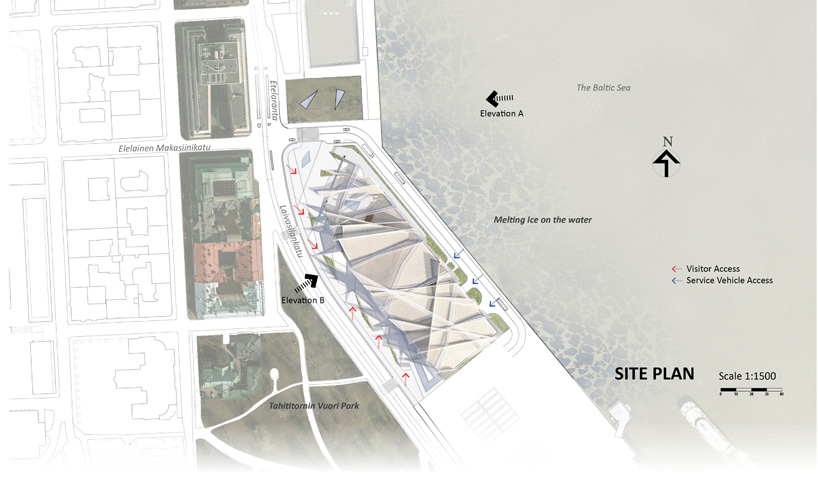