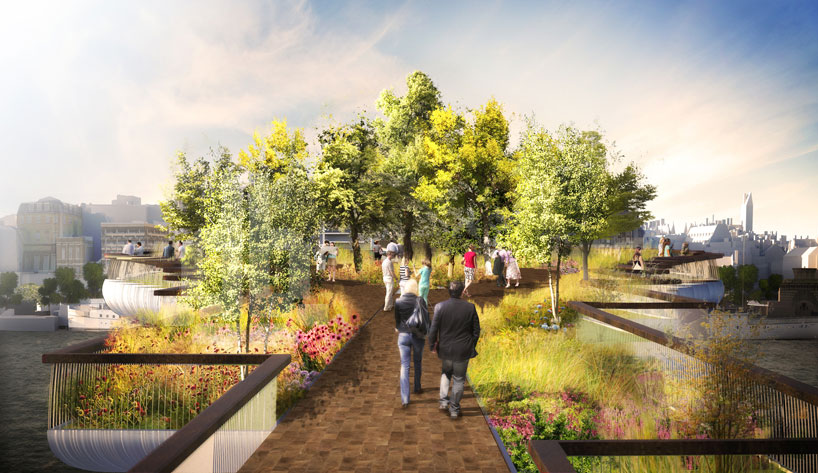 thomas heatherwick has designed a pedestrian bridge which is set to connect north and south london. his proposal has been selected by transport for london who called for submissions to explore the possibility of constructed a pedestrian crossing over the thames. heatherwick envisions a lush garden walkway that would be planted with grasses, trees and species of wild flowers. the studio has been working closely with actor and campaigner joanna lumley, who has pondering and advocating a similar idea for some time now.

lumley states: ‘it’s quite strange to talk of something that doesn’t exist yet, but the garden bridge is already vivid in the plans and the imagination. this garden will be sensational in every way: a place with no noise or traffic where the only sounds will be birdsong and bees buzzing and the wind in the trees, and below the steady rush of water. it will be the slowest way to cross the river, as people will dawdle and lean on parapets and stare at the great cityscapes all around; but it will also be a safe and swift way for the weary commuter to make his way back over the thames. (…) I believe it will bring to londoners and visitors alike peace and beauty and magic.’ 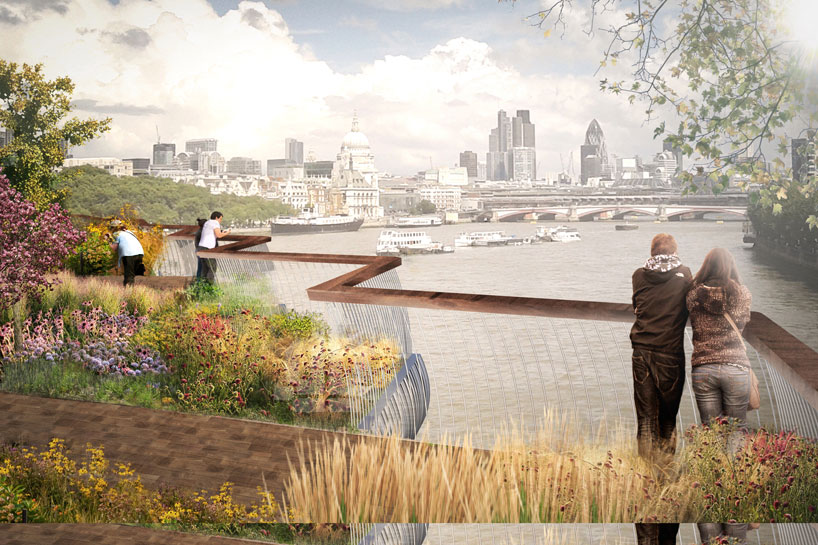 dan pearson studios has been selected as the leading garden designer for the project. in an effort to create an architectural work that provides a more human means of crossing the thames and connecting to the cultural hub of the south bank, the bridge would be replete with woodland and flowers and change seasonally. the first river crossing over the thames since the millenium bridge, heatherwick’s scheme would provide a rich public green space to the city. 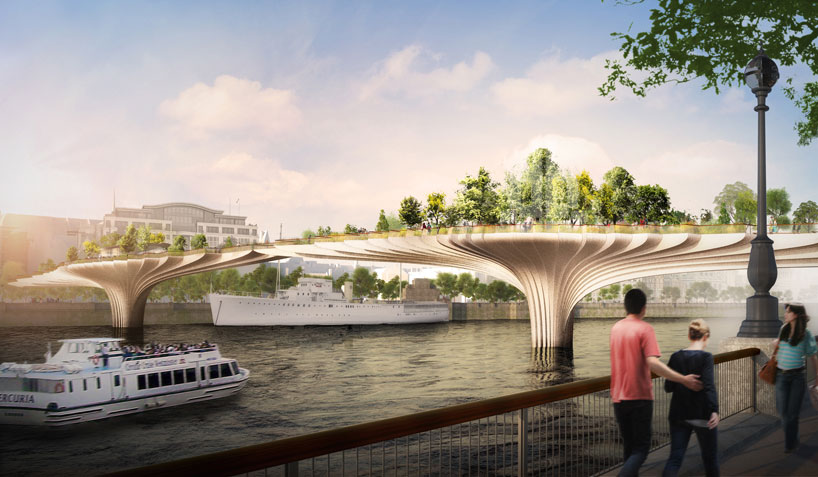 we have updated our original article published on june 13th, 2013 with these video features of BBC’s alan yentob engaging with thomas heatherwick about his architecture practice, and his green vision for the city of london: