thomas heatherwick is the founder and design director of heatherwick studio, the architecture and design firm behind projects such as the ‘vessel’, a new landmark structure for new york, coal drops yard in london, and zeitz MOCAA — a museum of contemporary art in south africa. after graduating from london’s royal college of art, heatherwick founded his own studio in 1994, bringing the practices of design, architecture, and urban planning together in a single workspace.

for the 8th edition of the annual architecture and urbanism conference reSITE, thomas heatherwick was invited to prague’s forum karlin to deliver the keynote presentation. we spoke with heatherwick passionately about his creative strategies, his multi-faceted practice and the ‘joyousness’ of the initial design stages. read the interview in full below. 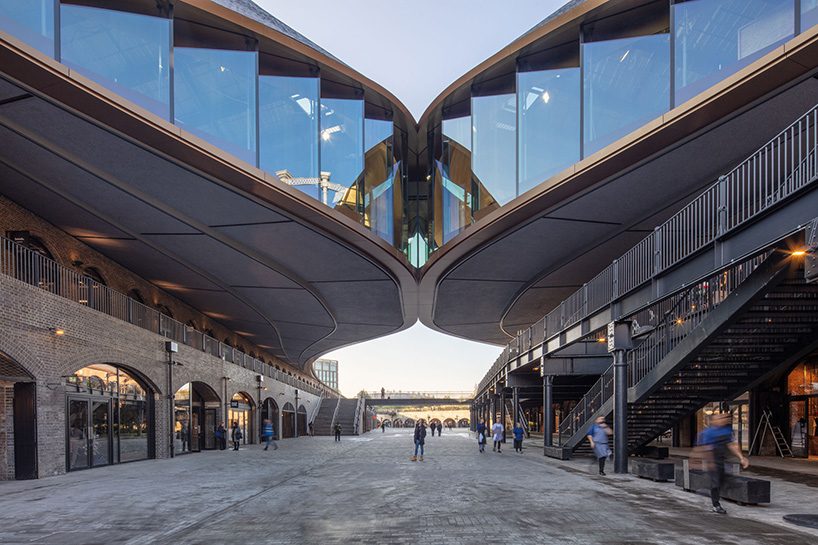 designboom (DB): can you describe the initial stages and design processes when you first embark upon a project?

thomas heatherwick (TH): I love the beginnings of projects, mainly because I don’t feel alone anymore. when I set up the studio I was by myself and it was the most terrifying thing. but now that I’ve had a studio for more than two decades, I have the great fortune to have a team of collaborators. so the fear that used to be striking into me at the beginning is not the same because we’ve evolved a way of having a series of conversations and interrogations and sitting around working together that I trust will get us to something. and so the fear is gone for me and it’s actually the most exciting bit of a project possible.

I don’t sit by myself, I think that’s selfish because it’s too enjoyable and it’s the best possible moment to share with your team. the unknown. the, ‘what the hell are we going to do’ moments and why would you do something? and what are the issues to actually think about? what matters? and what doesn’t matter? and what have other people done? and why did they do that? and why is the world like it is at any one time? and so, you’re not trying to design at all, you’re just trying to figure out what attitude and angle to begin thinking something through. in a way you’re designing what process you’re going to follow for something. so in that sense, it’s the same process for every project, you start by the obvious question that you appear to be being asked and then you’re asking yourself, what’s the actual question that we need to ask ourselves? 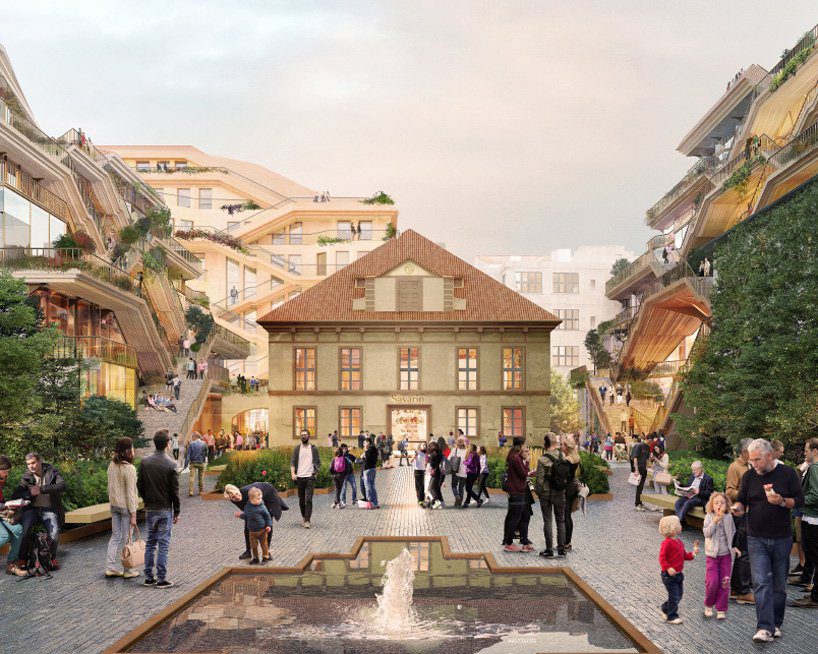 DB: what’s your favorite stage of a project?

TH: I enjoy all stages of a project. there’s all sorts of differing levels of fear and anxiety at all the different stages but I really enjoy all of them. but there’s a joyousness in that very first phase because there’s also the joy of being trusted and in the simplest sense, loved, you know, by somebody entrusting you with the responsibility to think about a piece of a city or a particular brief that will impact hundreds or thousands of people. that’s an immense responsibility. so, there’s this mixture of responsibility, gratitude at being given that chance. you feel honoured to have the chance to think about that thing and you haven’t run out of time yet because you’ve just begun, so what could possibly go wrong?

there’s this hope and optimism, which I think anyone in the world of design has to have to be good at what they do. you have to believe that there is a world of possibility and that it is possible to make a difference and it is incredibly hard and there are so many things you need to take into account. that’s the thing that is truly something I feel very lucky to have the chance to do. you spend so much of your life studying, going to school and dreaming of being asked to work on a university building or a public space, or a place where many people will work and the public will interact and when you are actually being given that chance, you know how precious that is and you know to not take that for granted in any way. and so there’s a moment of taking stock of that and using that gratitude as an energy to pull yourselves together and enjoy the excitement of fresh beginnings, possibilities in every direction. 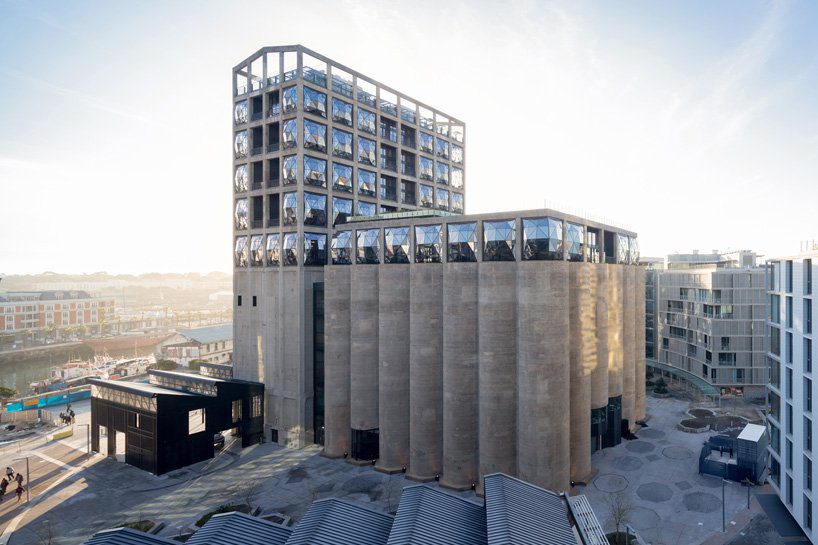 DB: since you first began your studio, how have you and your team evolved over the years?

TH: I work with a huge team of architects in my studios and also, we actually have a neuroscientist joining our team. we’ve got makers, we’ve got people from landscape and horticultural backgrounds but we’re not interested in someone’s background actually, we’re interested in what they offer there and then and in general someone’s training doesn’t prescribe the roles they will take and the contributions they will make. my job is to lead us coming together and finding the solutions going forward.

in terms of the time that we’ve been working and the evolving of an armature of working, we have these cycles that we go through where the team is using myself and some other team members who are a bit more objective to come in. there is the team who are in it one hundred percent on a project and there’s myself and a number of others who will come in and then together, there’s the chemistry of those conversations and then there’s a going away. so it’s like, in a way, waves coming in coming out coming in. and that process just oscillates and oscillates till something starts getting clearer and clearer and clearer. it’s maybe a bit like a room full of mist and you’re all talking in the mistiness and gradually the mist clears over weeks and months. then hopefully, you go through permissions processes and you go through procurement processes and you go through construction processes. and hopefully, maybe, if you’re incredibly lucky, there might be a project with some meaning and specialness at the end, but I don’t take that for granted at all.

it used to amaze me, I wondered how the patience worked. and I used to wonder how the ‘not having a better idea’ factor worked. how would somebody who’s responsible for something that’s going to take eight years get to six or seven years down in that process and not have a better idea? and how do they stay committed to the idea from six years ago and I think I’ve learned how quickly time goes past but also how the foundations of the thoughts you are having and are going to have are so important at the beginning of the project. those first conversations which are the most fertile, precious bits of time. it’s because they are the foundations on which everything will grow then. they’re the nutrients for a project and they’re so important to get right. 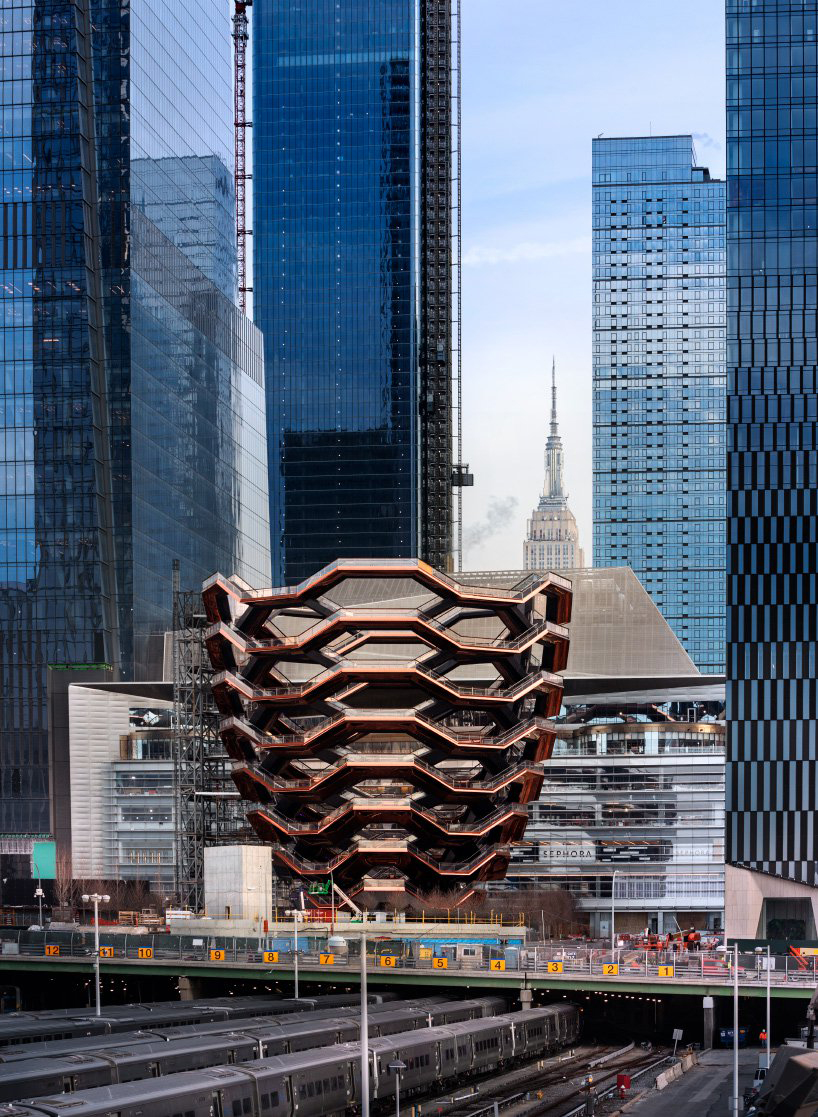 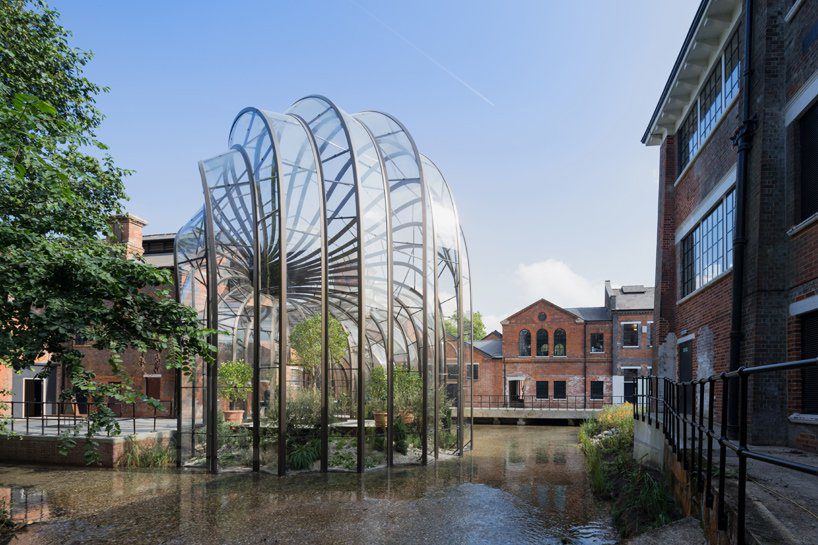 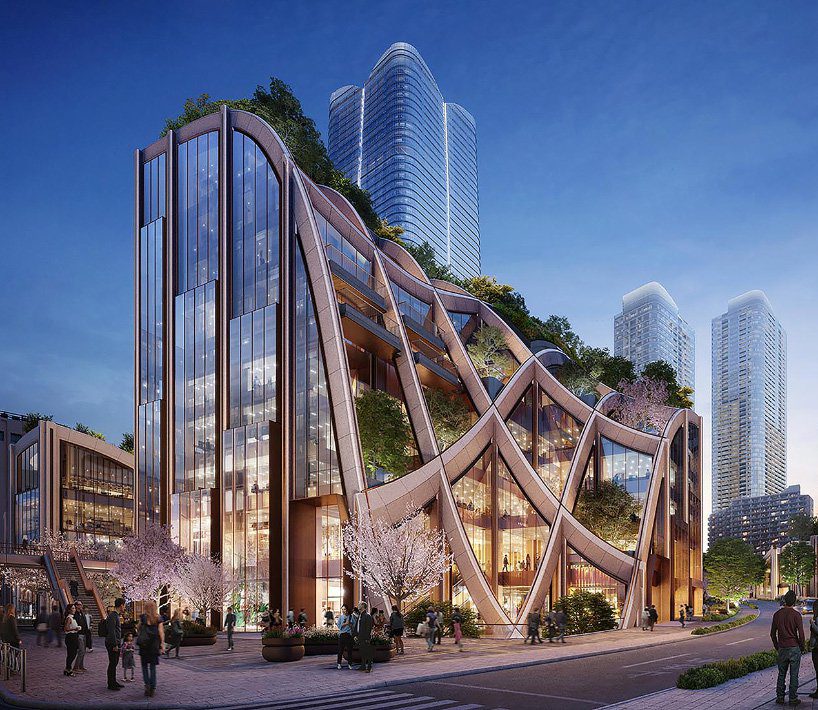 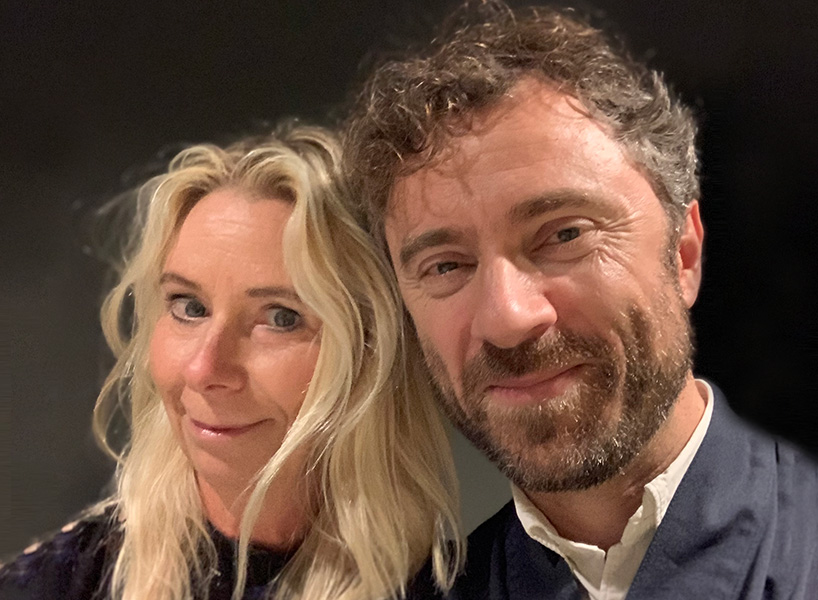 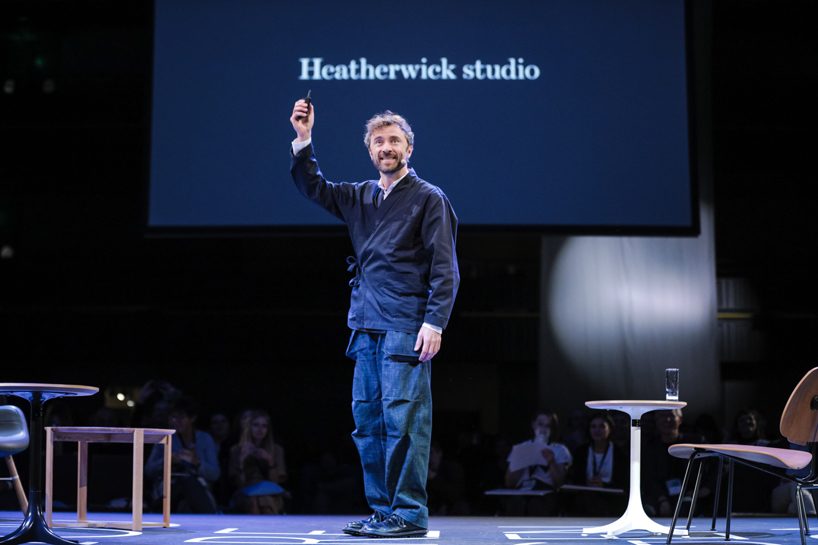 heatherwick during his keynote presentation at reSITE 2019
image © tomáš princ 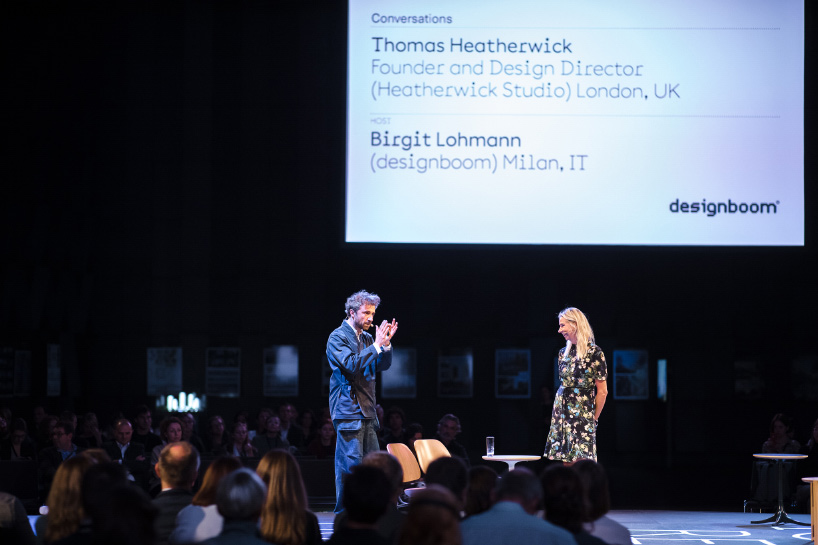 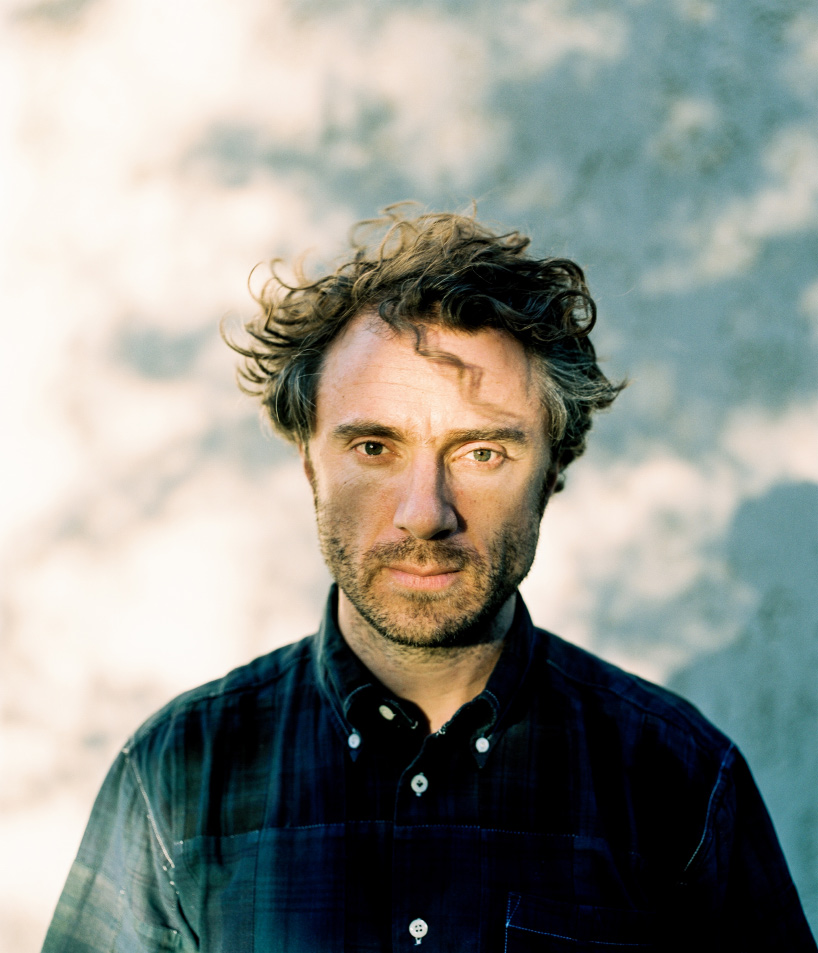 reSITE is an annual conference that brings together leading architects, urbanists and business leaders to discuss key issues within the built environment. under the theme of ‘REGENERATE’, 2019’s event focused on sustainability, climate change and the future of our cities. taking place between september 19 – 20, 2019, the conference was hosted in prague’s forum karlin and presented more than 50 speakers from around the world to over 1200 attendees.

designboom is a main media partner of reSITE 2019 and for this year’s edition, the editor-in-chief birgit lohmann hosted the keynote speeches from both thomas heatherwick of heatherwick studio and ravi naidoo of design indaba on september 19th 2019. 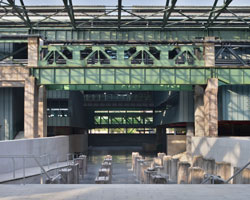 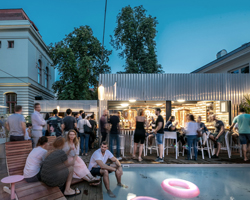 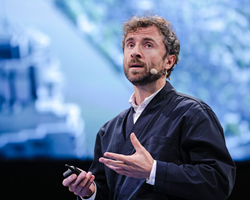 Oct 03, 2019
reSITE 2019 discusses the future of our cities at REGENERATE conference in prague 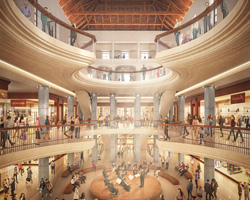 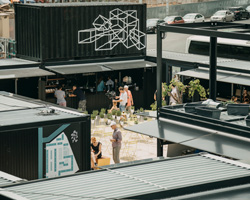