a new apartment complex for munich

berlin-based thomas kröger architekten introduces a multi-layered apartment building dubbed ‘erhardt10’ along the banks of munich’s isar river. the complex marks the first large-scale inner-city building by thomas kröger, known for his award-winning buildings in the rural and remote context of northern germany.

hybridizing historical and contemporary references, the project is defined by its graphic facade, its garden courtyards, and its proximity to the river. 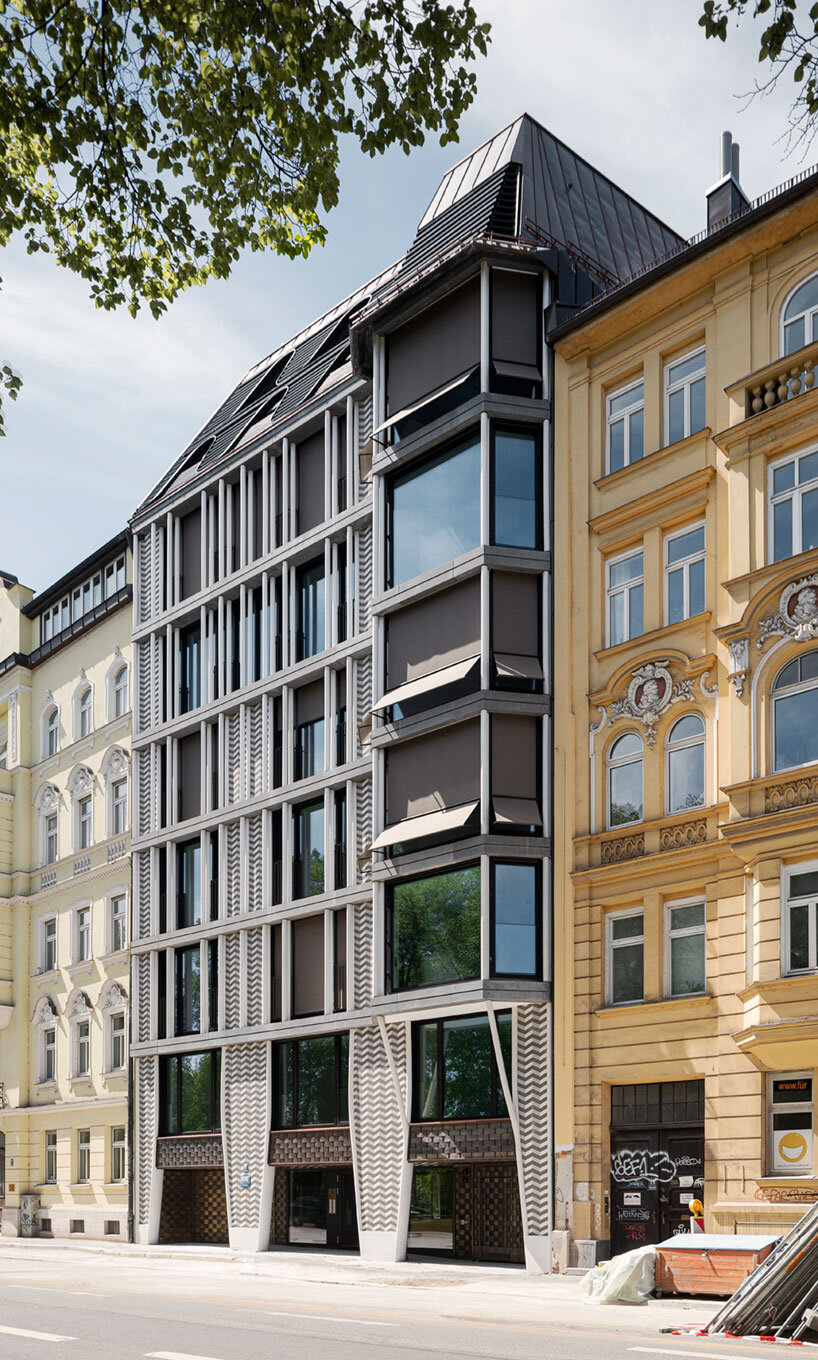 thomas kröger architekten (see more here) worked together with munich-based developer euroboden (see more here), which had acquired the isar-adjacent property in 2013. according to the company’s founder stefan höglmaier, such a prestigious location requires an architecture that both integrates itself confidently among the landmark-protected buildings lining the riverbank and celebrates the river view, while acknowledging the heterogeneity of the gärtnerplatz-neighborhood.

a distinguishing feature of thomas kröger architekten’s design is its wide variety of unit types — an homage to the structures that have evolved in the neighborhood. kröger’s ensemble is a mediating force between the representative buildings along the river and the workshop character typical of the area’s courtyards. its differentiated built volumes result in a total of twenty-eight apartments, far more living space — in a variety of price classes — than was available on the site before. the elaborate design of its facades and outdoor spaces, as well as the heterogeneity of its residents, is a true exception within contemporary private-sector residential construction. 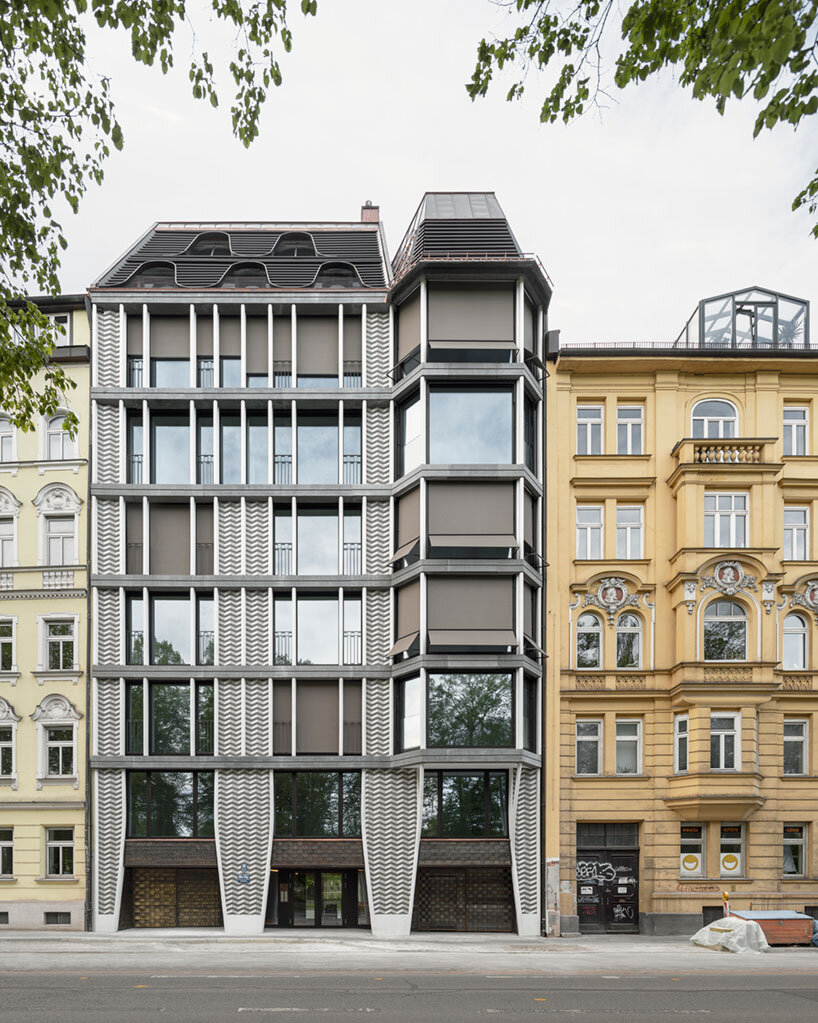 the historical influence of the facade

the design in munich by thomas kröger architekten plays with historical and contemporary references. the architect notes: ‘urban spaces are pleasant when we perceive them as having grown organically, when the interplay of different architectures results in a charismatic total image,’

facing the isar river, the new building slots confidently into erhardtstrasse while fulfilling the landmark-protection framework and finding broad approval from the munich design commission. with its interplay of projecting columns and bay windows, the facade adopts the classicist motifs of upscale living typical of the surrounding area. at the same time, the bay windows and their floor-to-ceiling glazing embody all the advantages of the modern, turning the river view into an integrated component of the living spaces.

meanwhile, the graphic design of the closed facade elements is reminiscent of the sgraffito technique of the italian renaissance, which also had a tradition in munich lasting through the postwar years yet is seldom used today. the two iconic pitched roofs mediate between the different heights of the neighbouring buildings. their copper cladding draws attention to the unusual shape of the roof while, at the same time, the patina that the copper will acquire over time will integrate it ever more clearly into the historic roofscape. 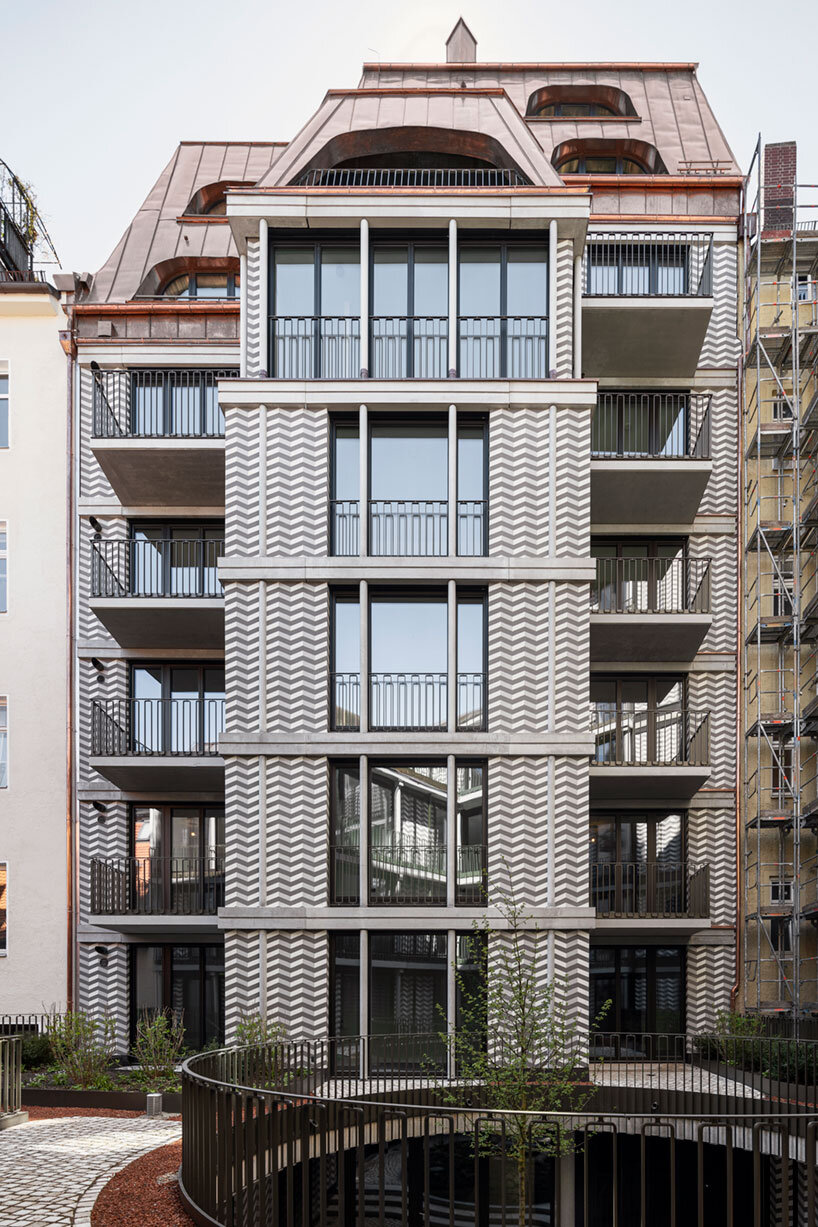 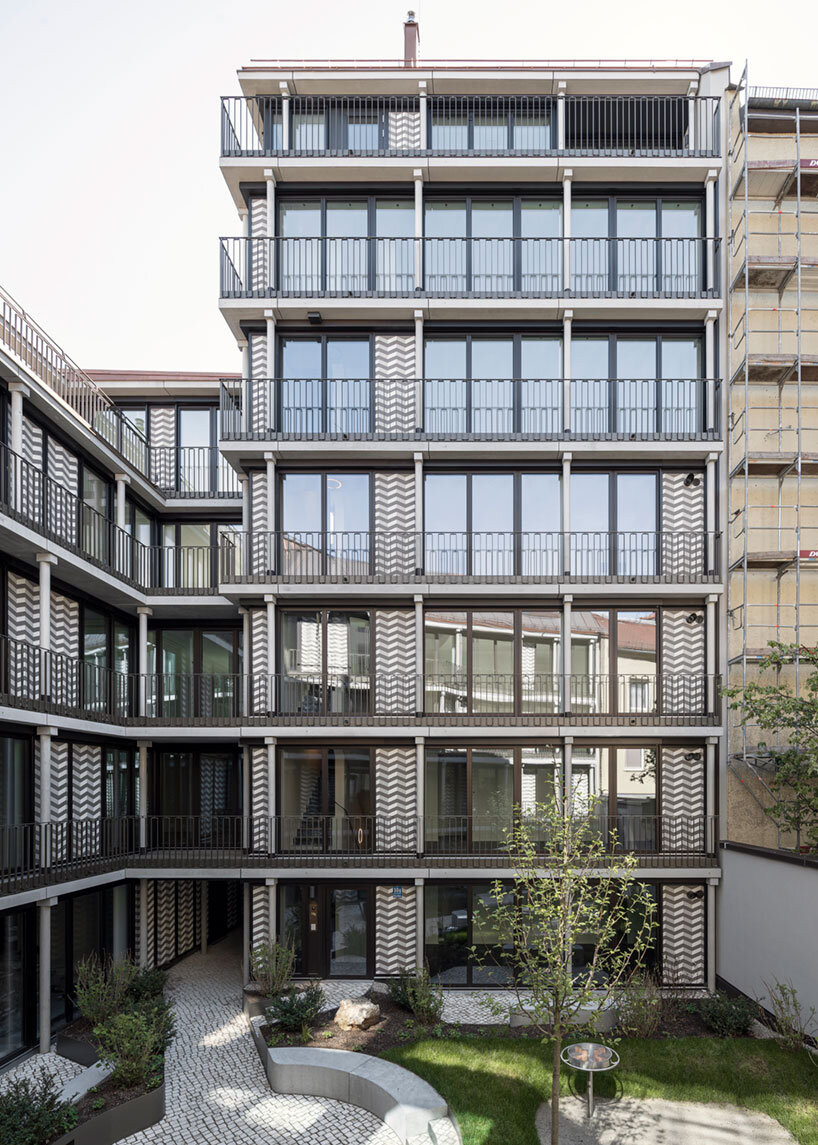 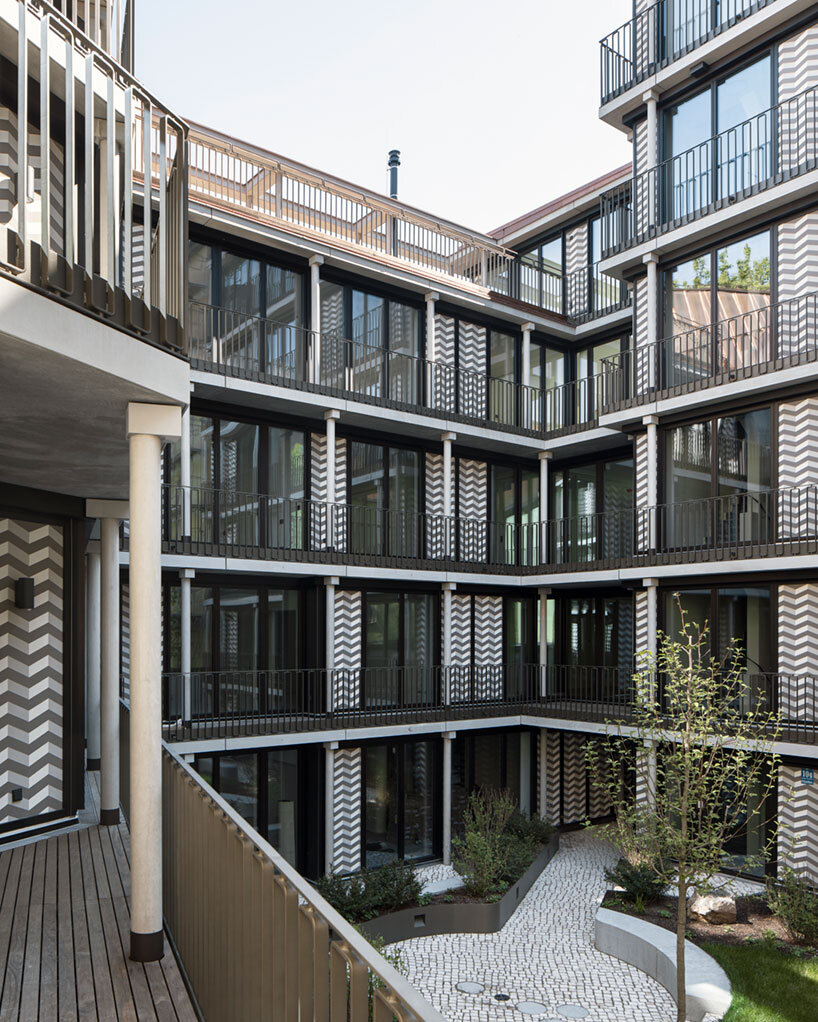 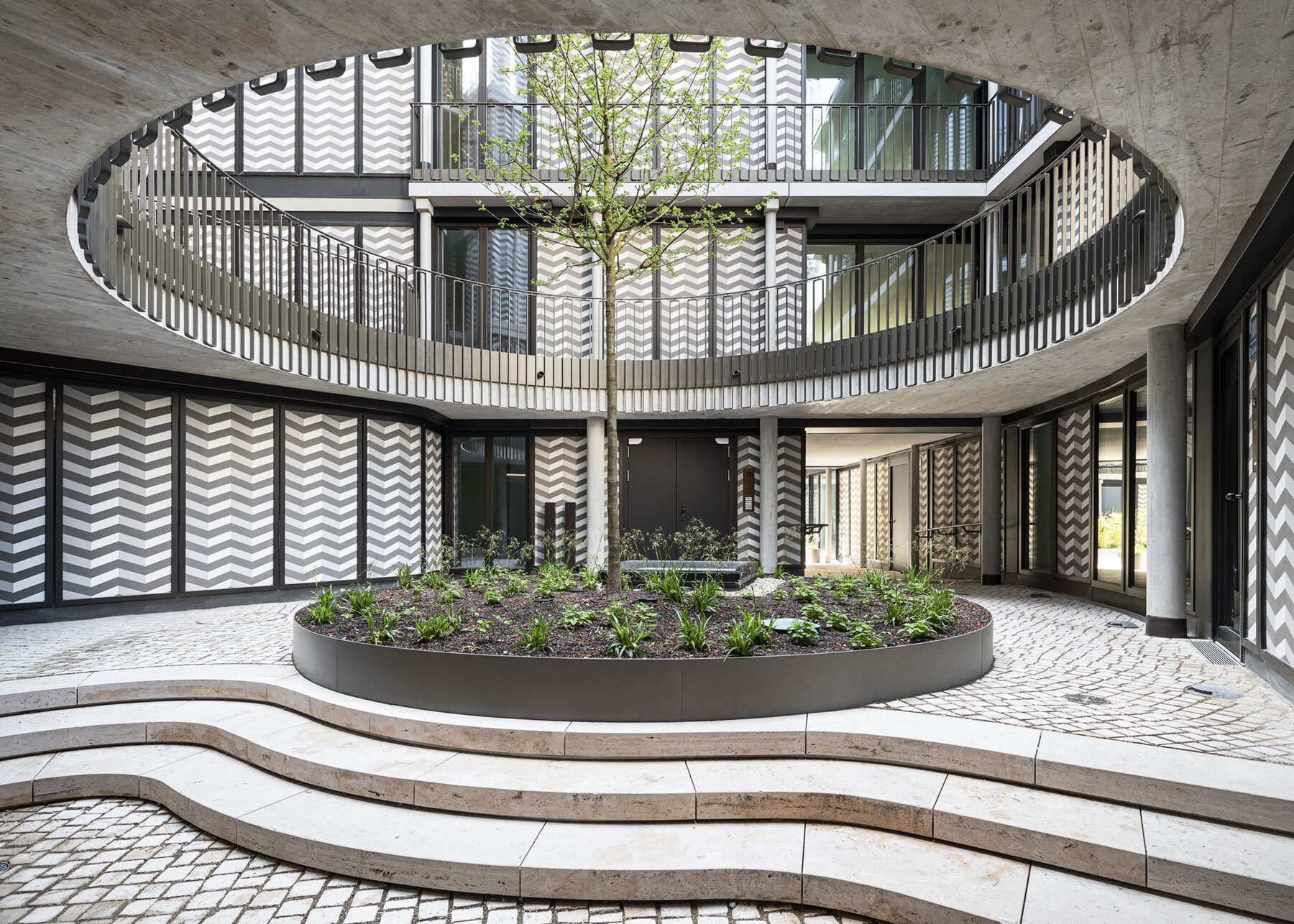 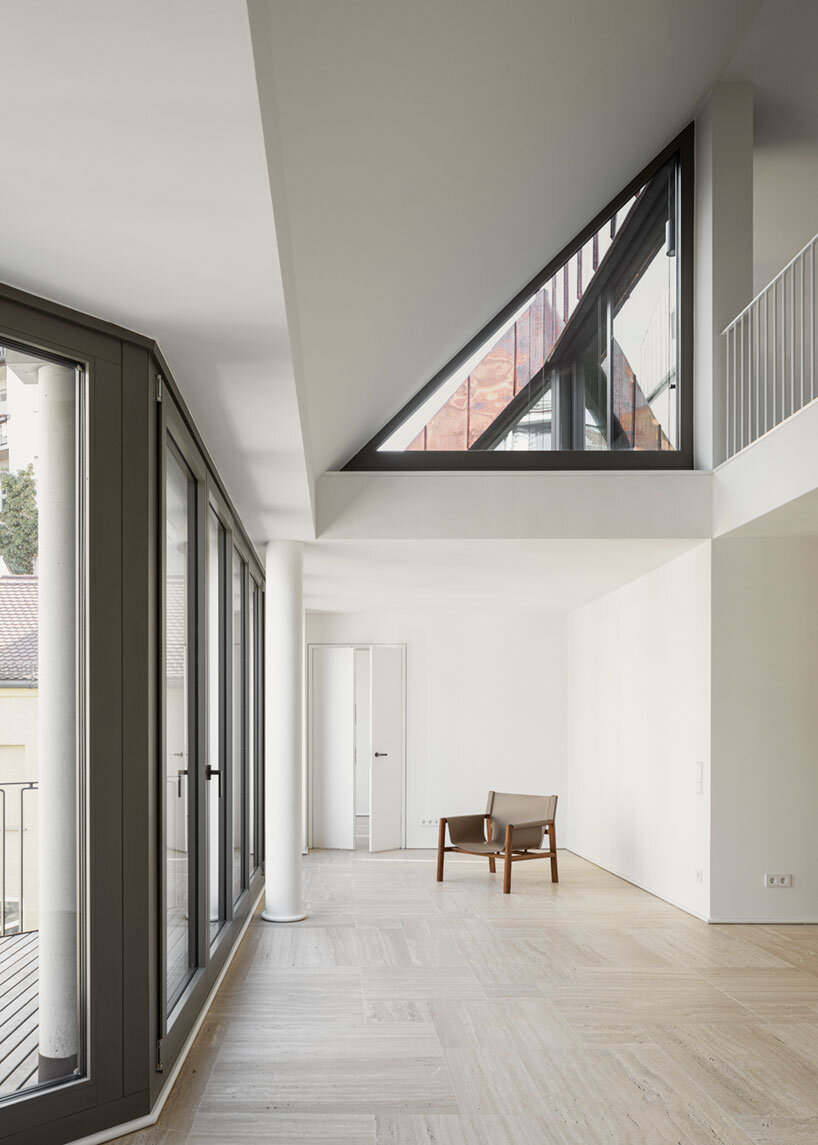 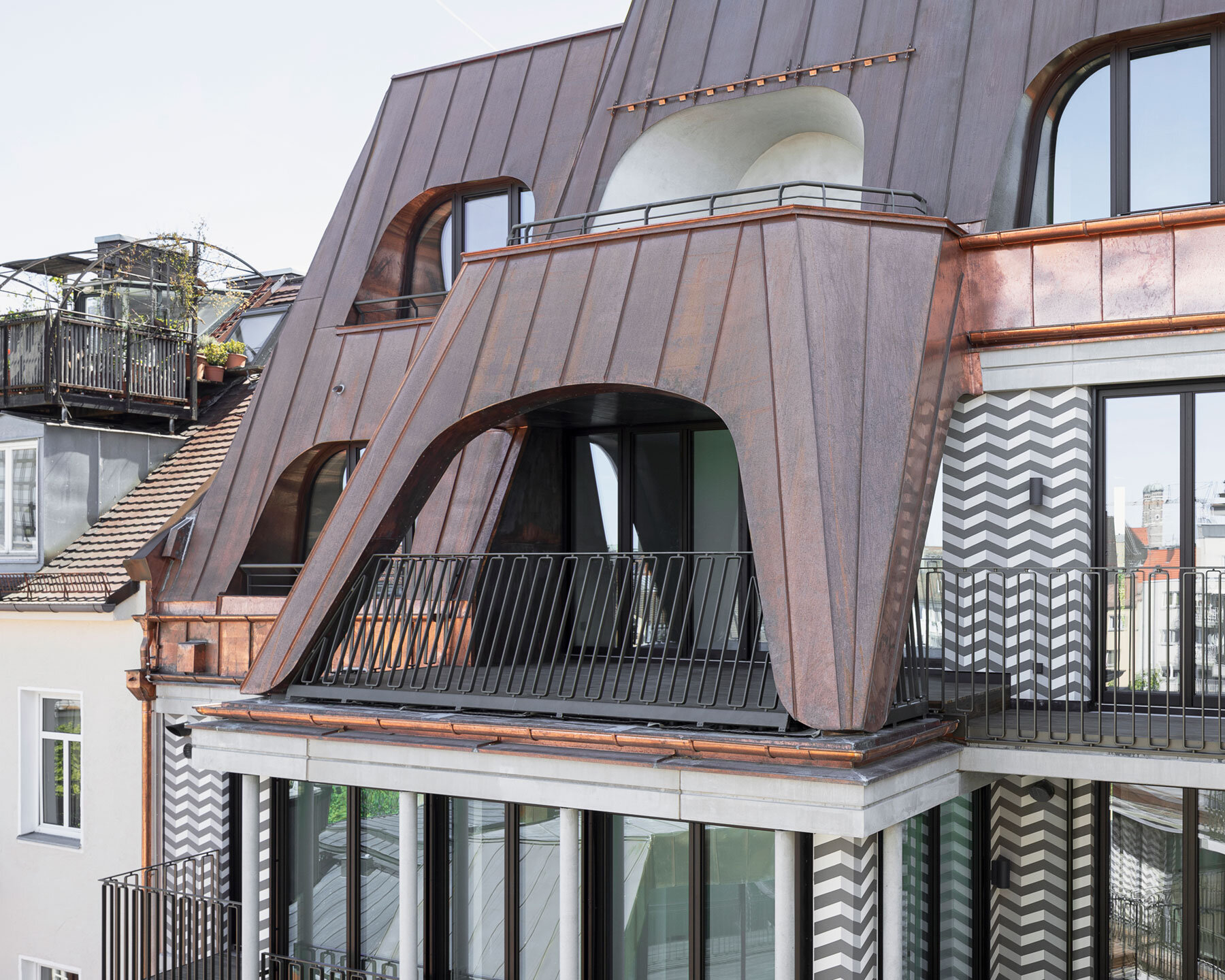 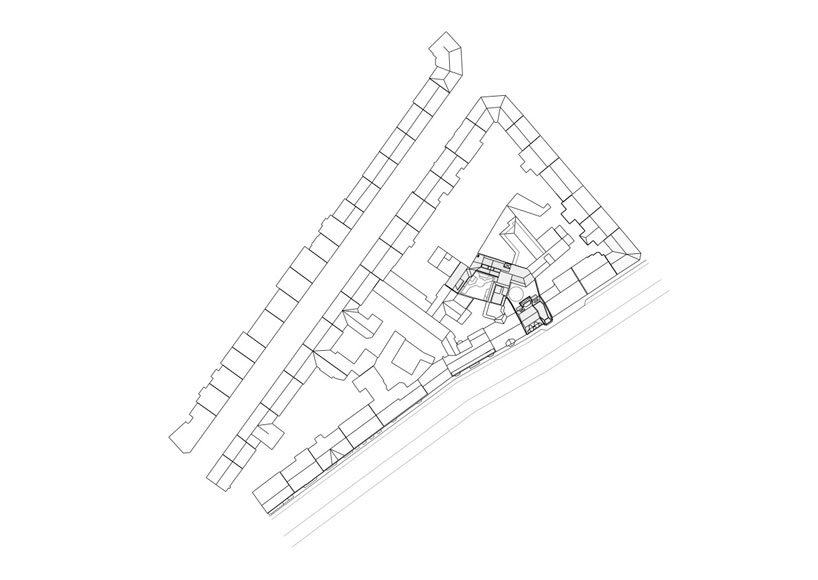 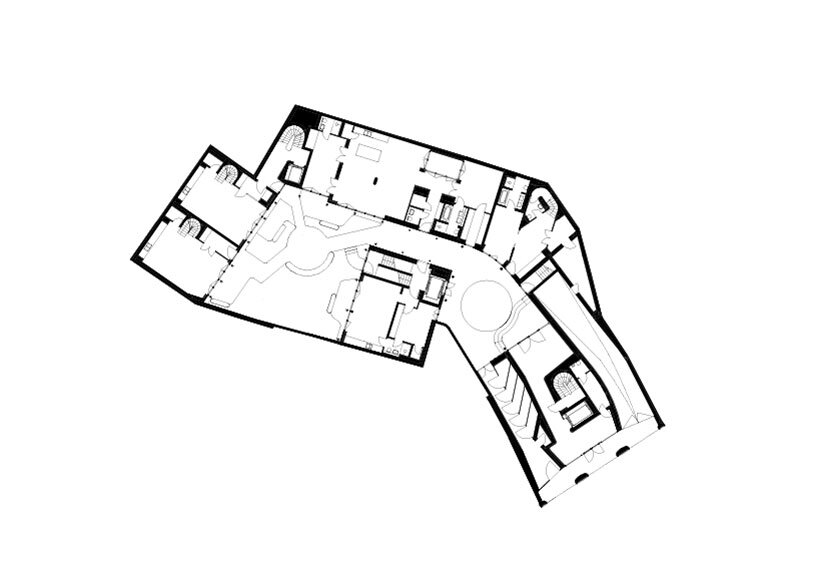 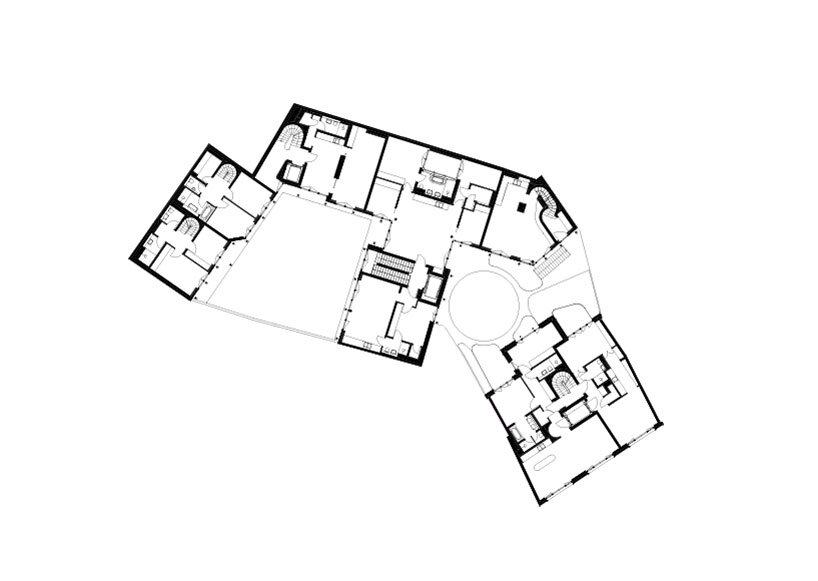 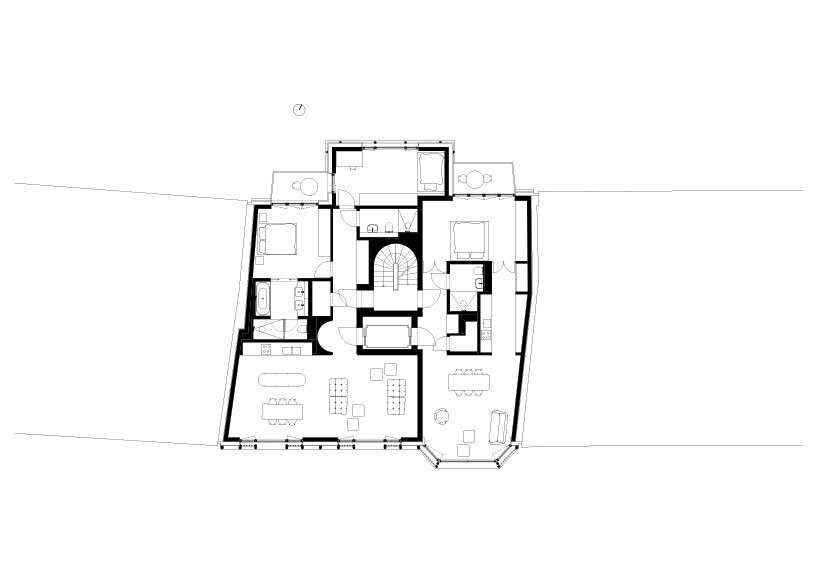 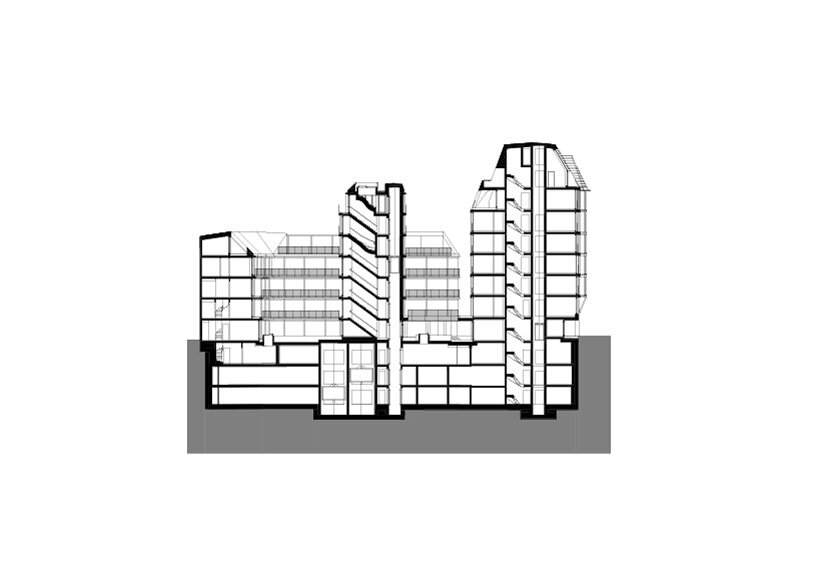 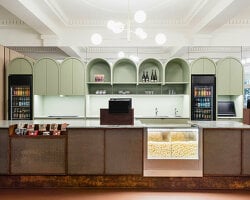 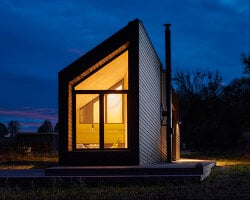 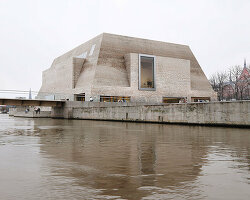