hidden within the thick forest in mösern, western austria, on the quaint property of polish art dealer rafael jablonka, is the ‘holiday home for terrorists’by german artist thomas schütte. originally existing only as an architectural model, jablonka commissioned the model to be built on the propertyof his summer home. the dwelling seems to borrow from the famous farnsworth house, with two wooden planes separated by an inset glass wallthat wraps the entire plan. two sculptural concrete cores placed in the space help to hold up the roof structure as well as delineate different functions,with an integrated kitchen, fireplace, bathroom and bed. colored full-height curtains may be closed for privacy or opened to submerge the interior withsurrounding forest landscape. the simple contemporary home seems a quaint abode in a lovely setting, however this residence will never be lived in, or visited by anyone but the owner for that matter.

the project is architecture; it’s purpose, however, is art. schütte originally modeled this idea in response to the 9/11 attacks on the world trade centertowers, where he was astonished by how officials immediately looked to put blame on the architectural plans. the modern residence is ironicallya criticism on contemporary architecture, and as such, the owner has no intentions of moving in or opening it to the public, he only wants to keep it as full-scale art. 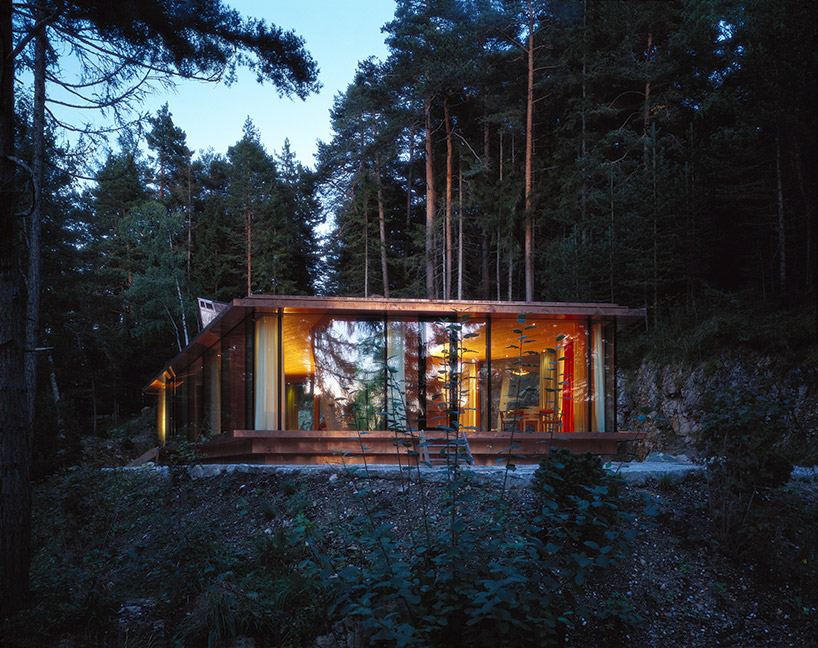 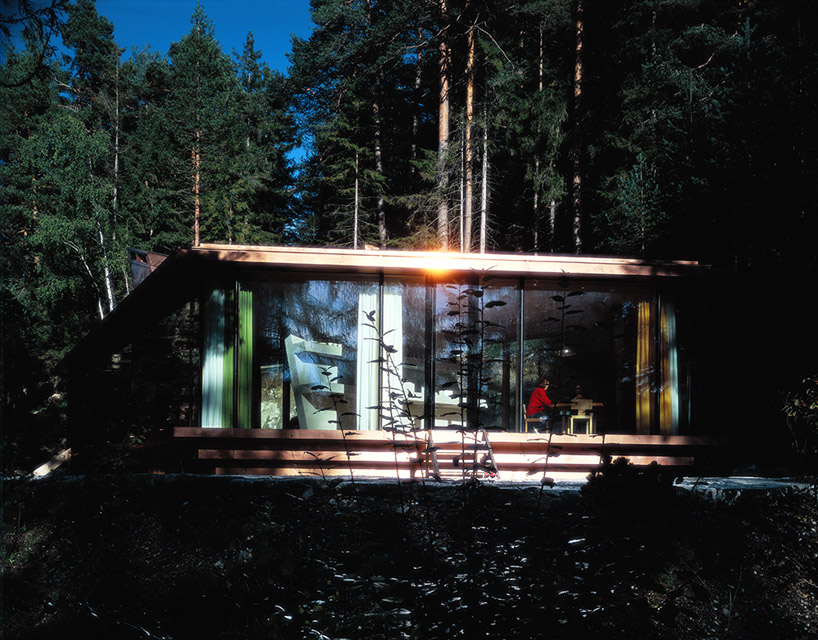 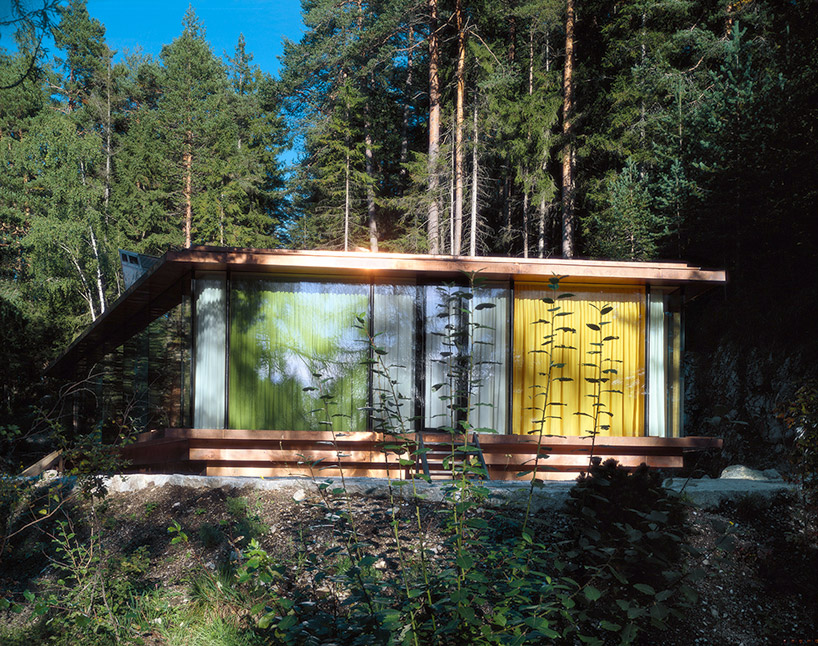 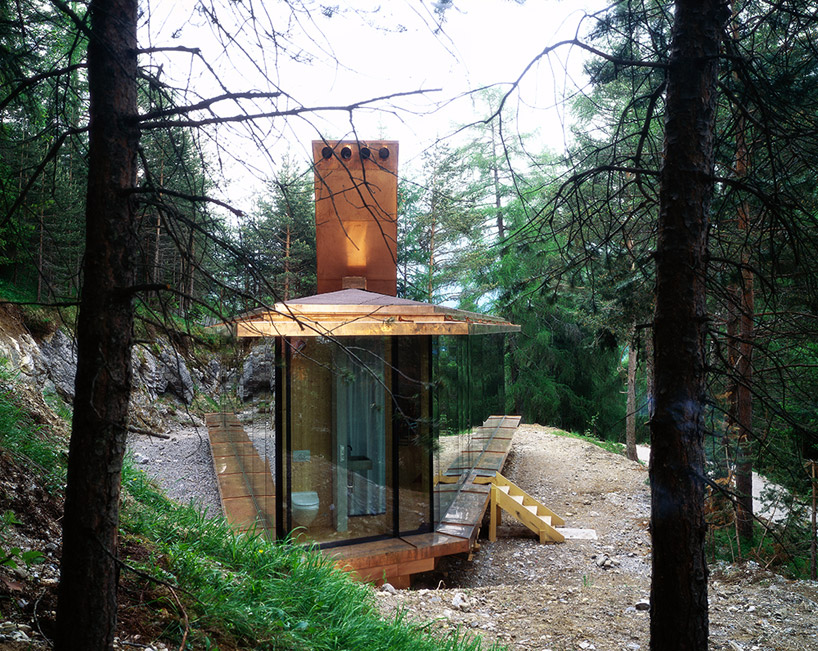 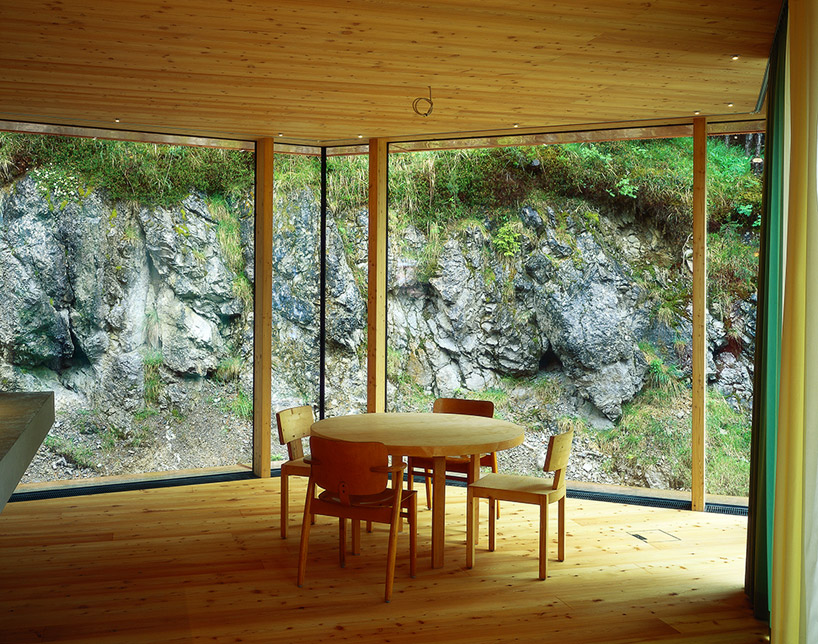 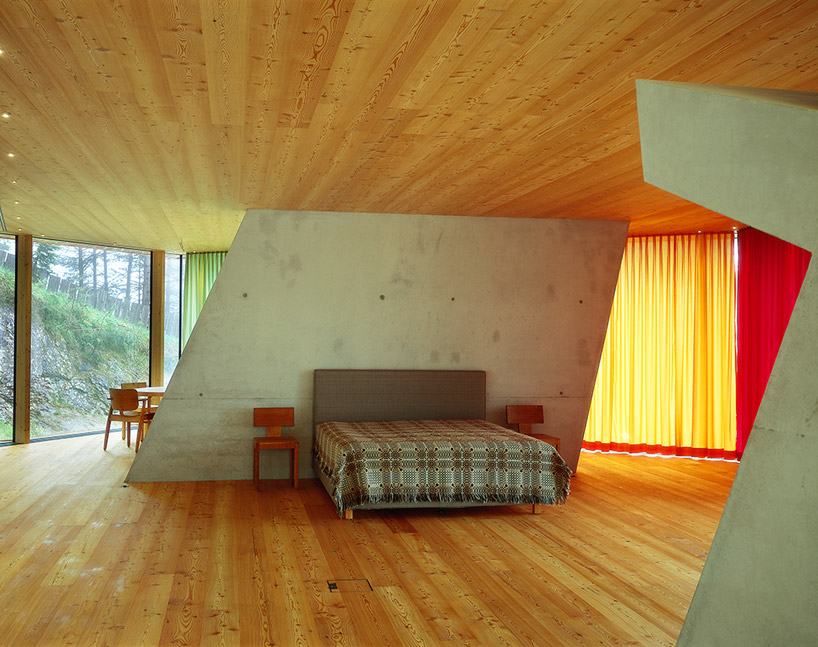 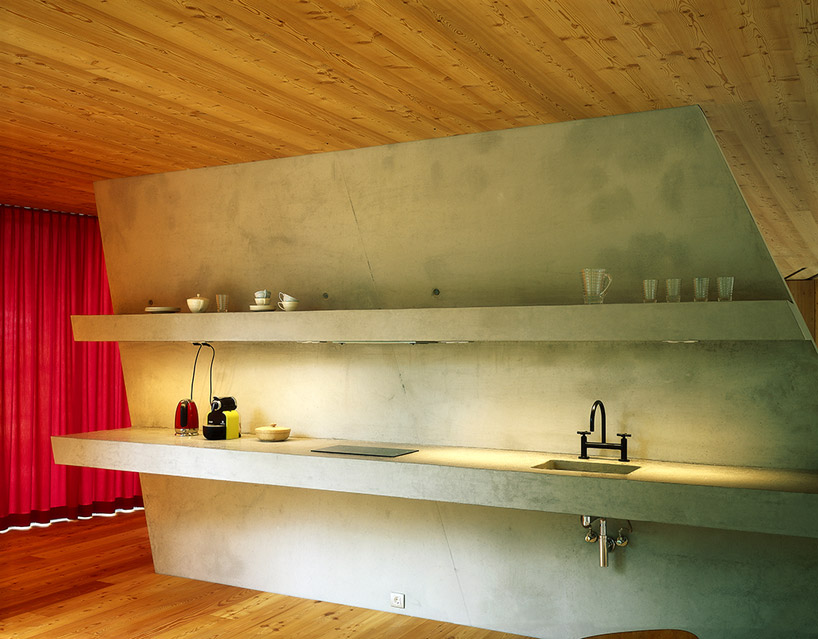