the ‘passing cloud‘ concept by portuguese-born, new york -based architect tiago barros rethinks the nature of travel, envisioning a public transport vehicle that lacks a particular destination, returning a level of importance to the act of traveling itself.

the ‘cloud’ in barros’s concept is itself is composed of a a series of spherical balloons, framed within a steel skeleton around which nylon is stretched. its route and speed during voyage is determined by prevailing winds. passengers mount and descend the ‘cloud’ when it is docked using ladders, and simply sit atop it during travel.

barros submitted the proposal to the ‘life at the speed of rail‘ international ideas competition by the van alen institute. with the call for entries, the nonprofit think tank, which works in the the field of public architectural design, sought design solutions for a high-speed rail system. the competition was partially funded by the department of cultural affairs of new york city. 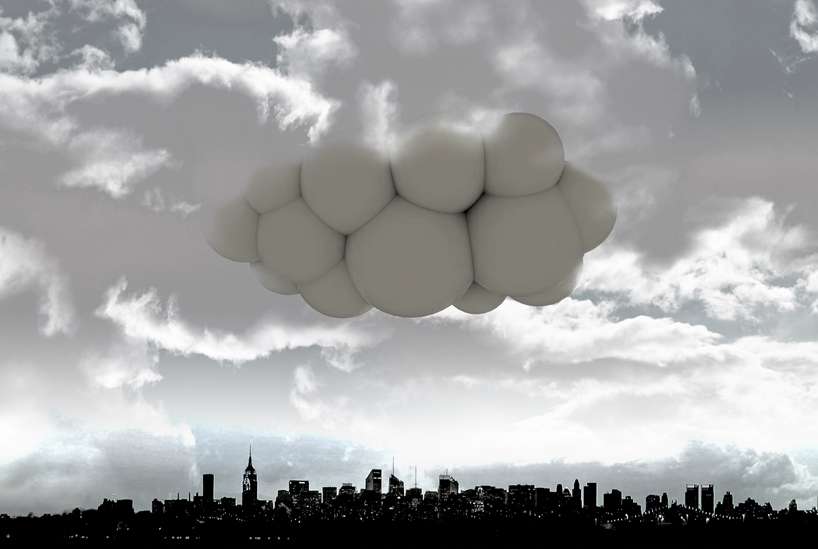 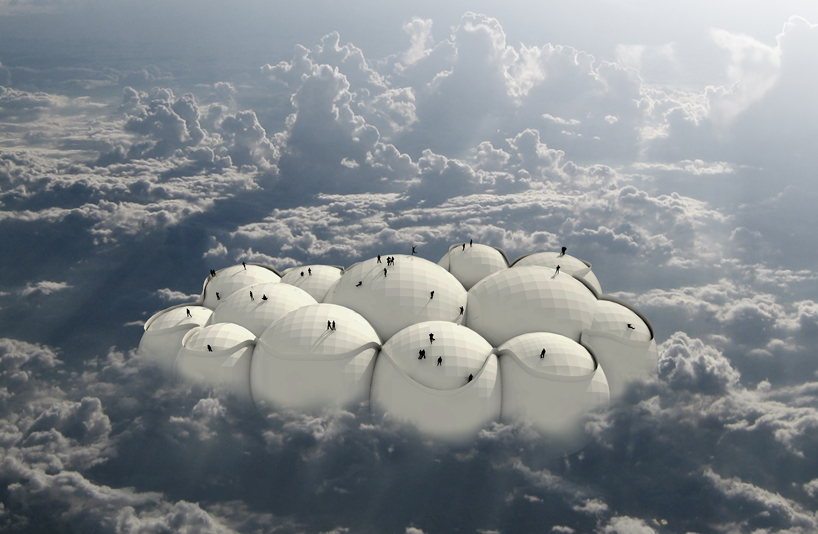 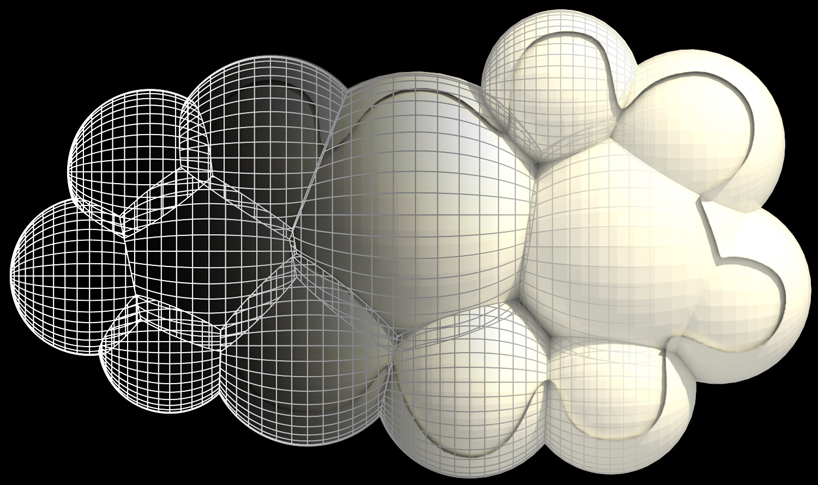 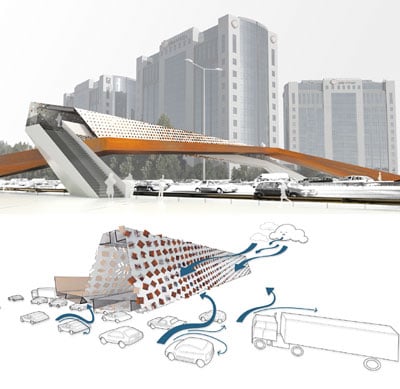