at the end of 2015 it was confirmed that, after much controversy, japanese architect kengo kuma will design tokyo’s new national stadium — the arena that will form the centerpiece of the city’s 2020 olympic games. as the final competition called for a design-build format, many individuals — including the project’s original architect zaha hadid — were not able to participate. in response, japanese designer tokujin yoshioka has reenvisioned the stadium, transforming a piece of architecture into a platform to support the olympic flame.

the arena is topped with a ‘floating fountain’, a ringed body of water bordered by a circular pathway. year-round visitors to the site can enjoy strolling or jogging along the water’s edge amid the greenery of the outer gardens. during the summer, it produces a cooling effect, while in winter the area is transformed into a frozen ice rink. the japanese designer also states that the water can be used in the event of a natural disaster. 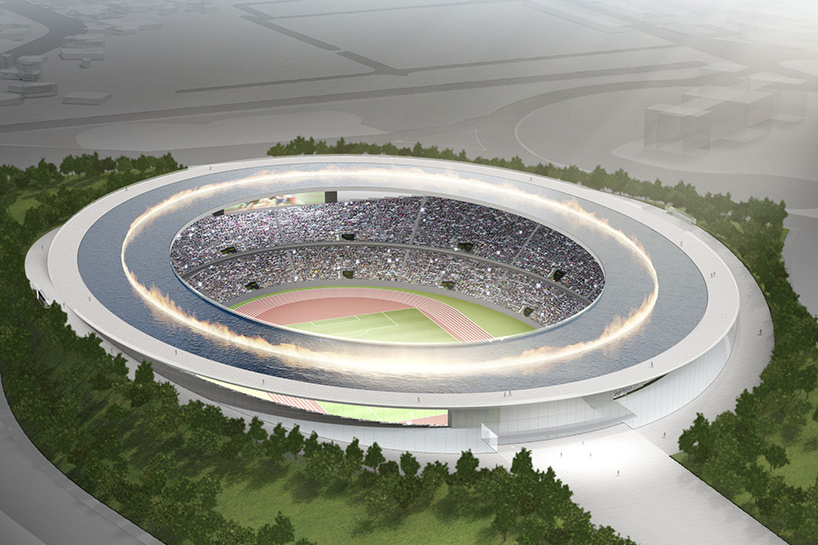 tokujin believes that the architecture of the future will be purely experience based, born out of ‘heightened human sensation’. ‘in parallel with the evolution of technology, design is moving on from the era of challenging physical forms to a completely new age,’ he explains. ‘this design was created with a sense of appreciation for the joy creation brings. it is a depiction of my feelings for the future.’ 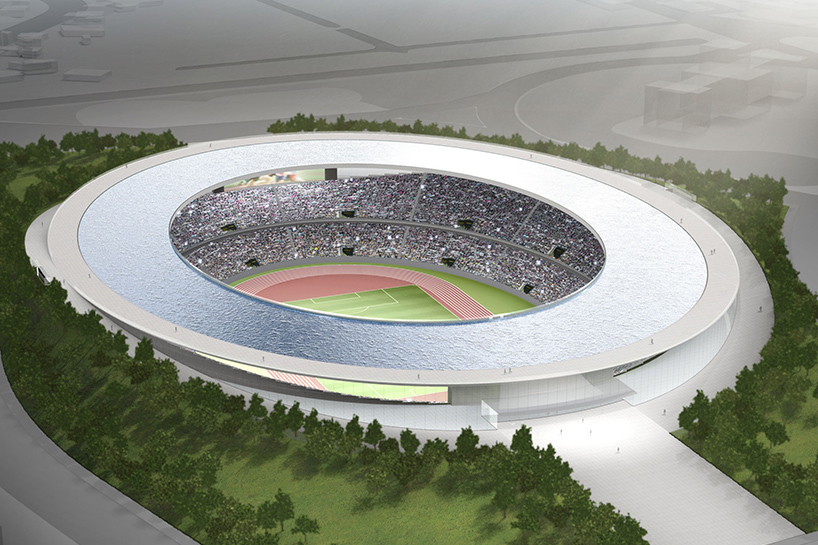 the arena is topped with a ‘floating fountain’ 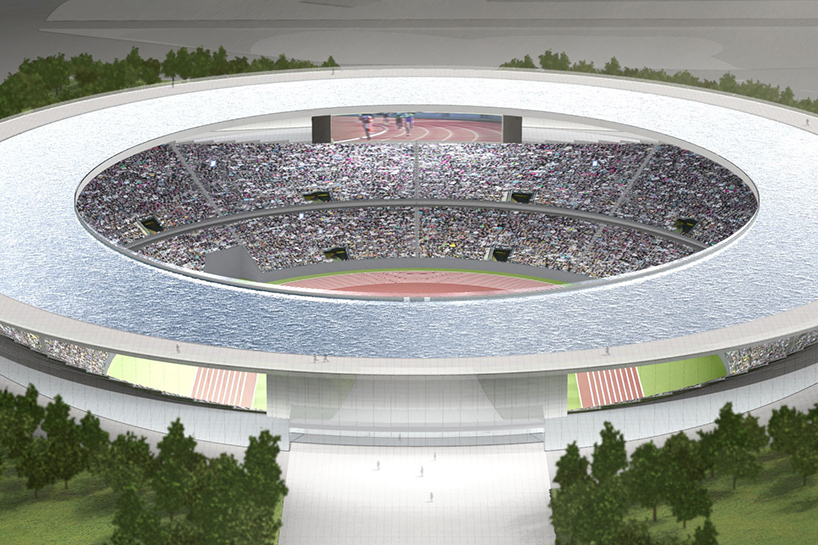 the ringed body of water is bordered by a circular pathway 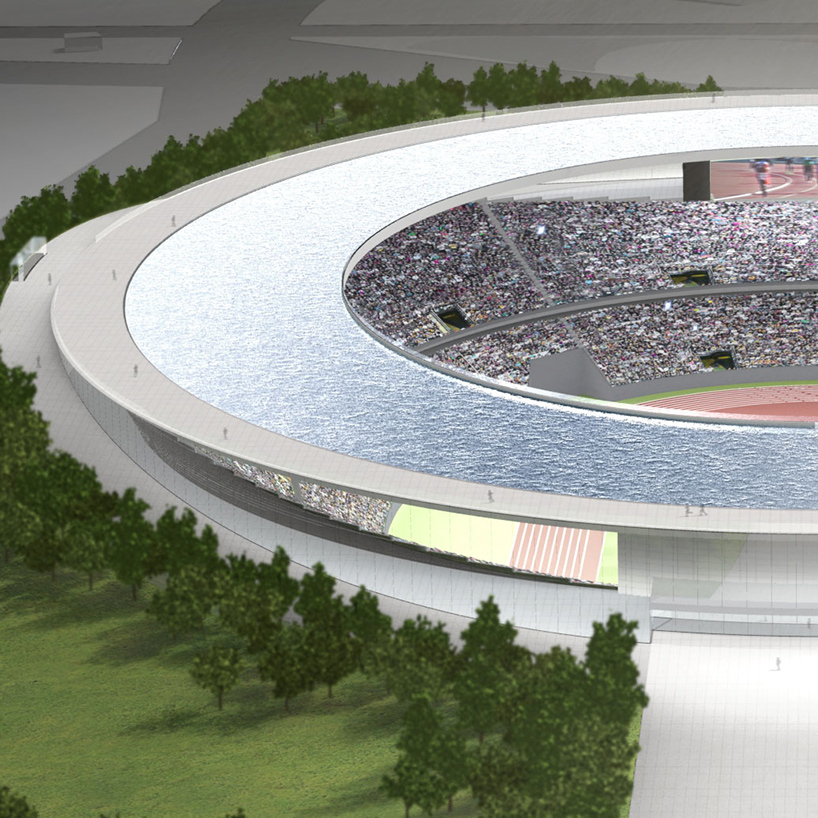 the stadium is set amid the greenery of the outer gardens 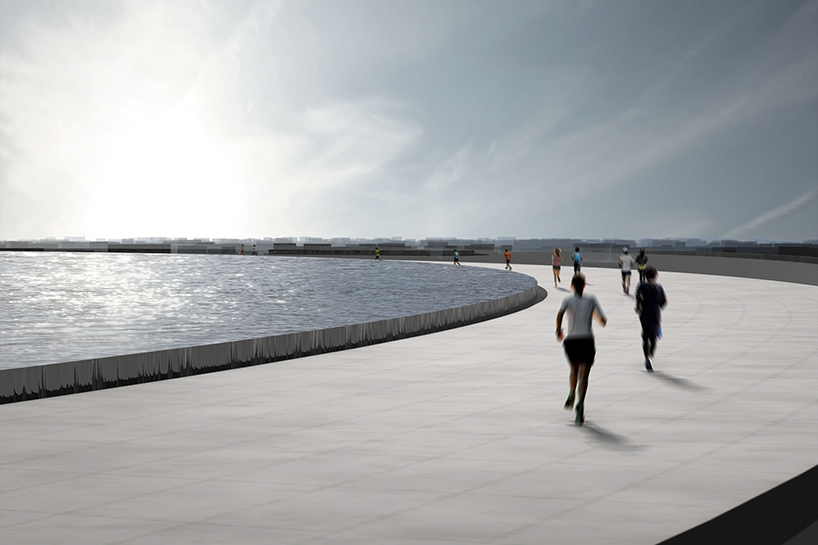 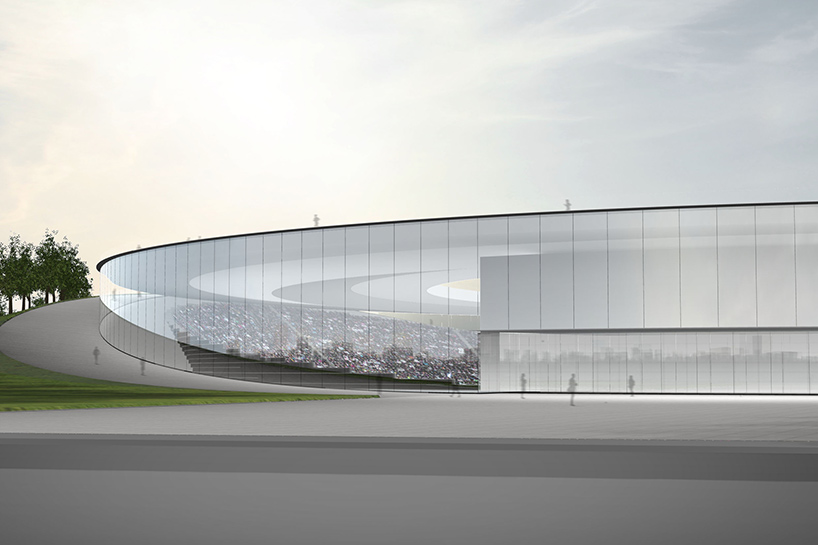 the arena viewed from ground level 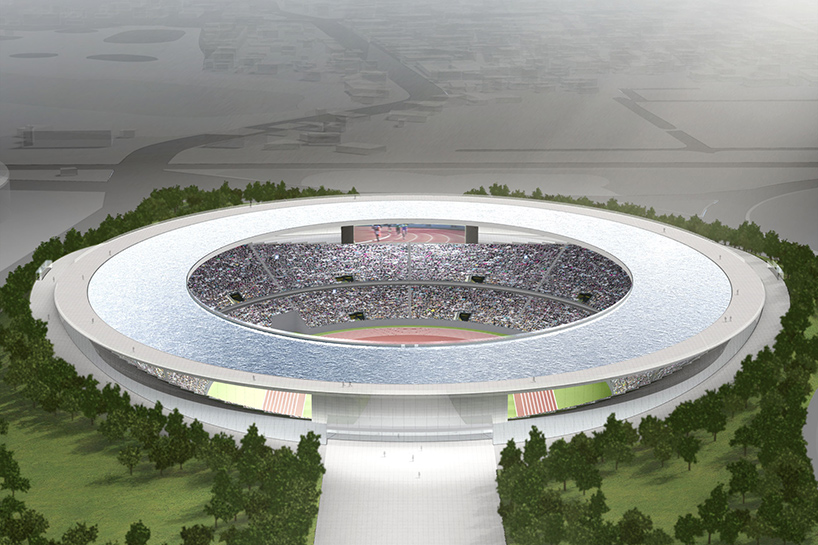