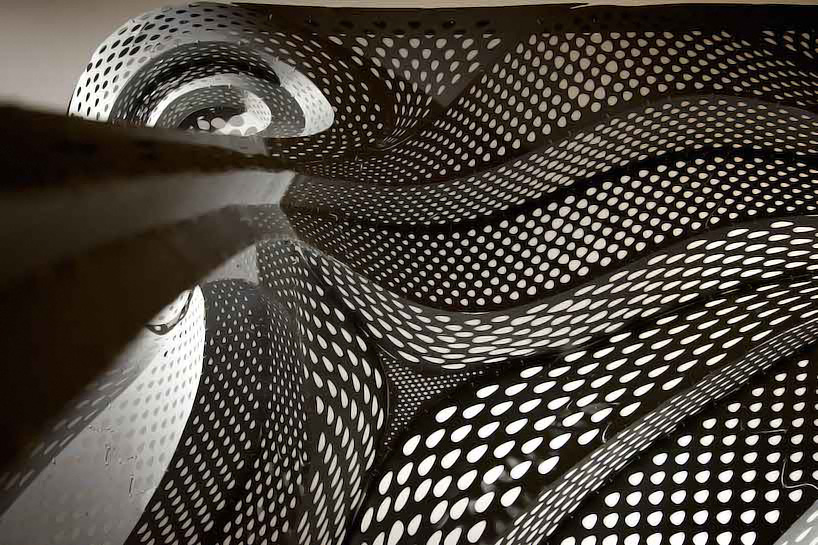 the architects of tonkin liu and the engineers of arup have created ‘shell lace’, an innovative building technique that is as aesthetically-pleasing as it is strong. it is a system of thin steel sheets with meticulously engineered voids, connected in ridges and spirals that emulate the structural rigidity and delicate contours of sea shells – nature’s answer to generating maximum strength from minimum resources. 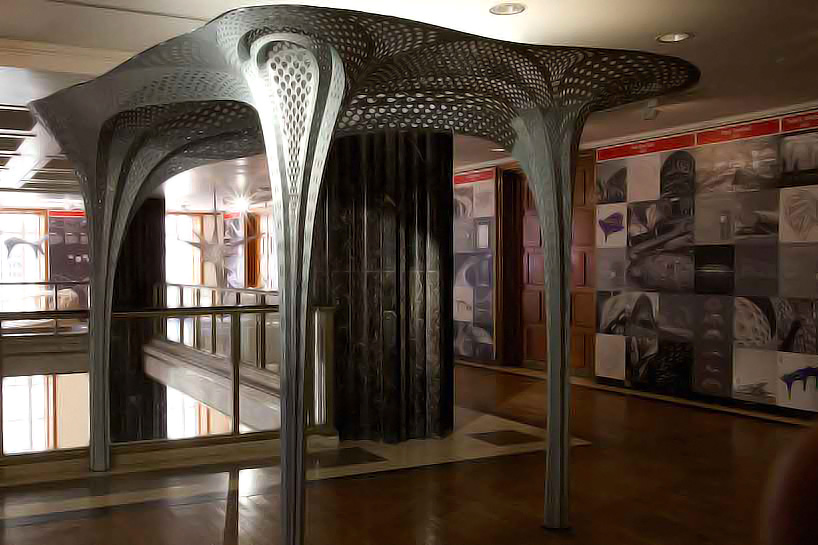 all images courtesy of tonkin liu and arup

the curvature gains strength through the resistance of its spherical, saddle forms and through the way loads are spread in multiple directions. corrugation with an incline V-profile allows the geometry to be constructed of flat sheets. along these edges, the undulation transforms into a series of hollow beams that vastly increase the spanning capabilities of the shelter. torsion beams form benches inside and in front that collect the ends of the tailored sheets. the close triangular forms create a locked tailored ring beam that supports the entire shelter. 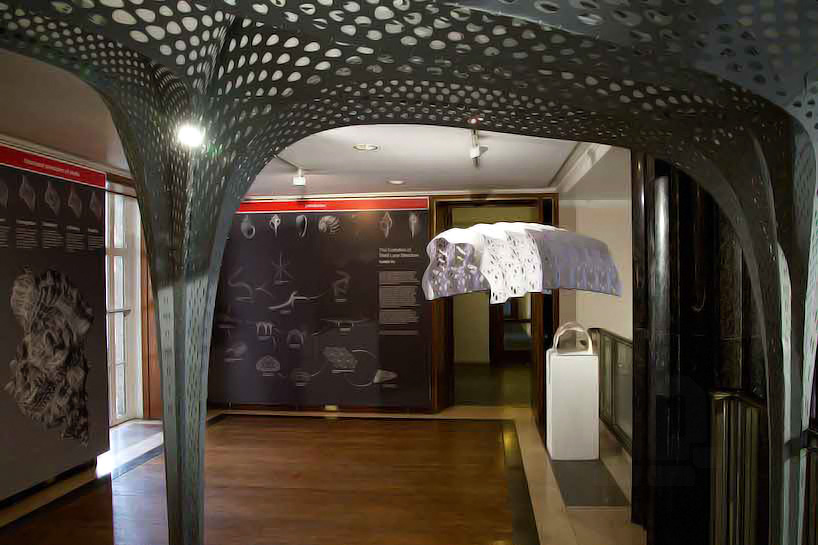 underneath the undulating perforations

visual continuity is provided by a series of perforations that lend transparency and lightness to the massing while reducing the dead weight. these also apertures emphasize the thinness of the material and narrate the flow of forces through a change in density. a variety of the projects architectural applications, from bridges to ferry terminals to disaster relief shelters, is now being showcased, through large models and drawings, in an exhibition at the royal institute of british architects. 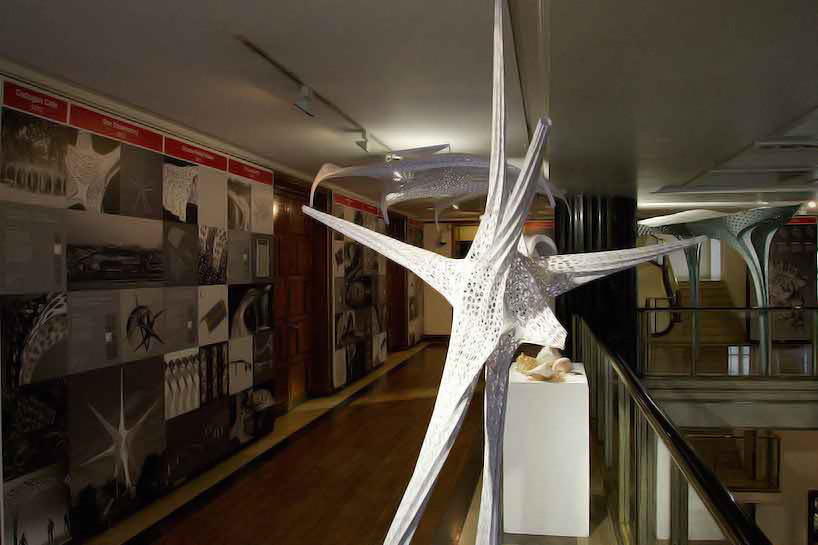 sculptural version of the building technique 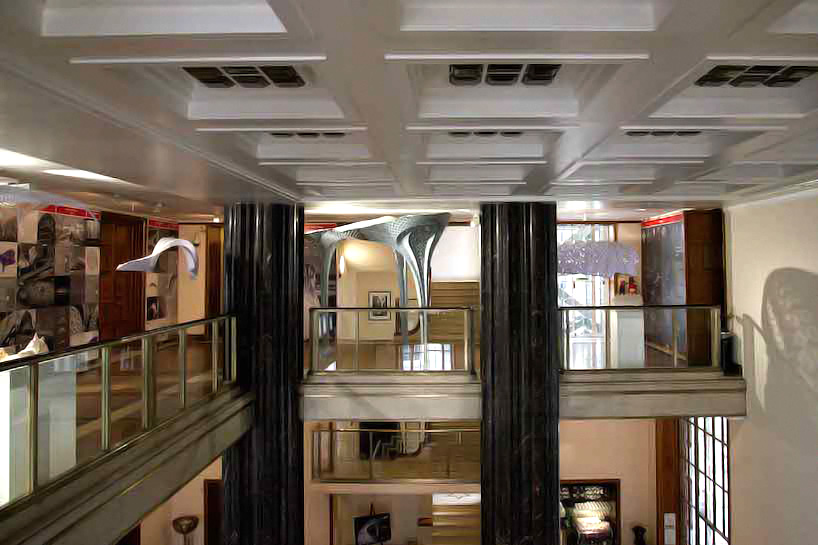 view of the exhibition across the gallery 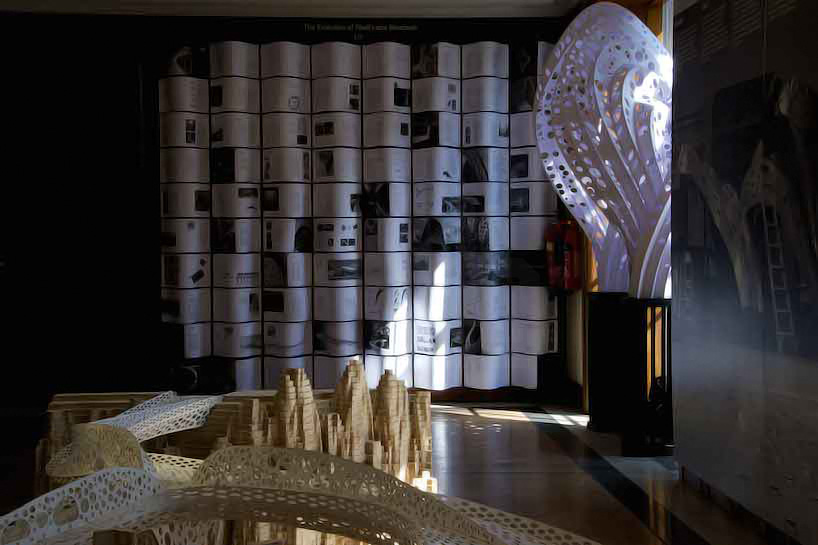 the structure can be used for bridges, shelters, and ferry terminals 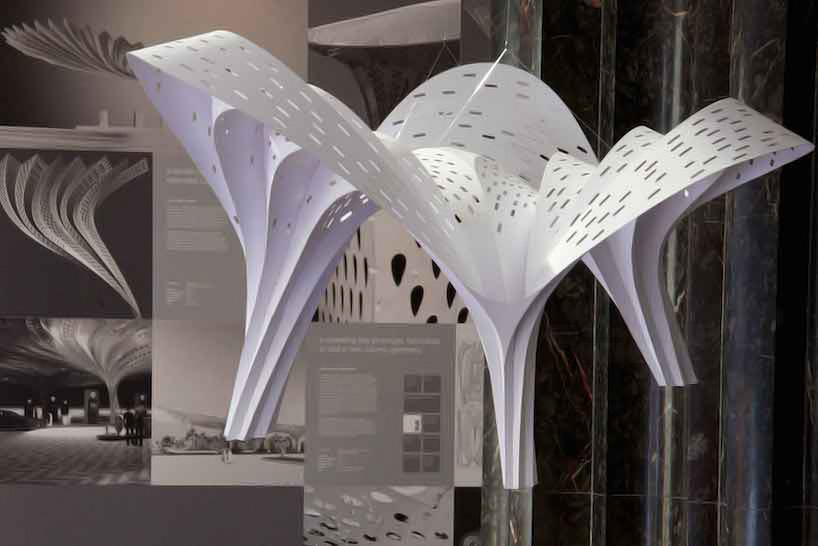 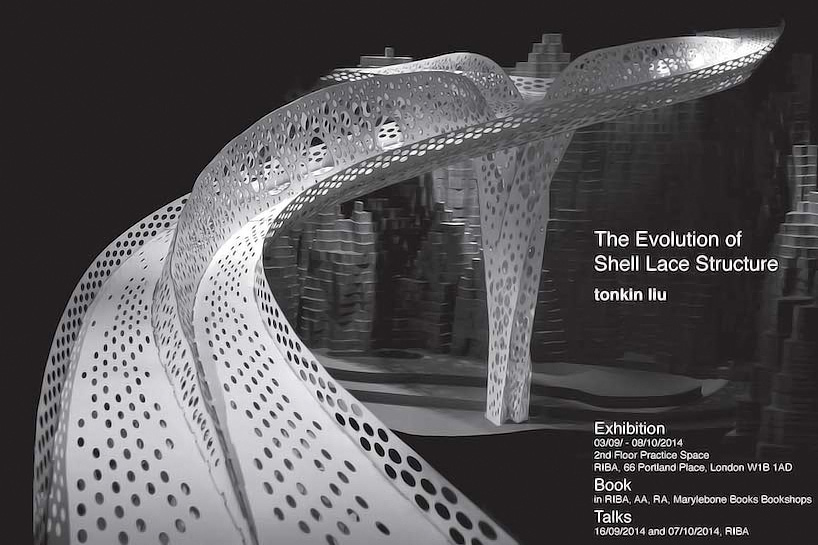 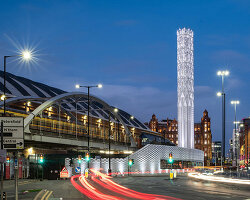 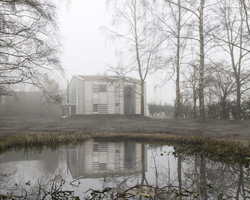 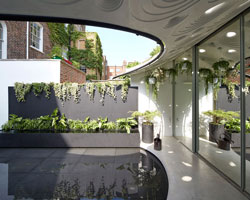 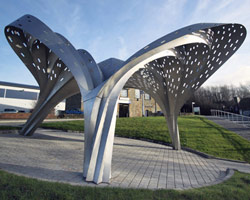