the ceramics street prospered in the edo era 300 years ago, and a ceramics festival was held several years ago, but no longer has a large audience. this project is expected to revive the street and the prosperity of stores.

designed by japanese architects tonoma the ceramics market is an urban renovation of the historic street in osaka, japan. the site of the building is a slim form, and  an expensive building is built in the north and south of the site. the interior consists of an exhibition space for historic ceramic articles such as arita ware, bizen ware, kyoto ware, as well as the house of the owner, of the store – further appealing to customers. the layout consists of six structures which each assume the architectural style of the edo era. 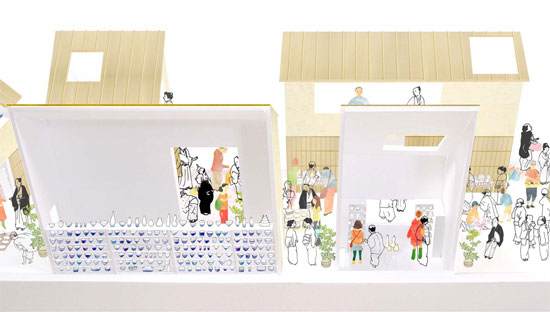 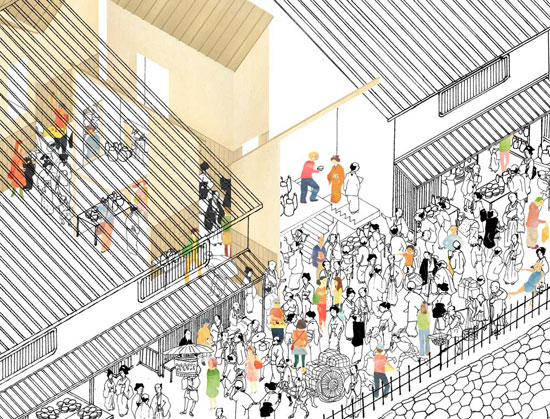 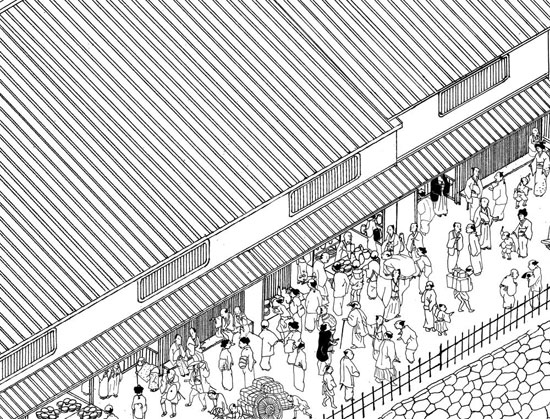 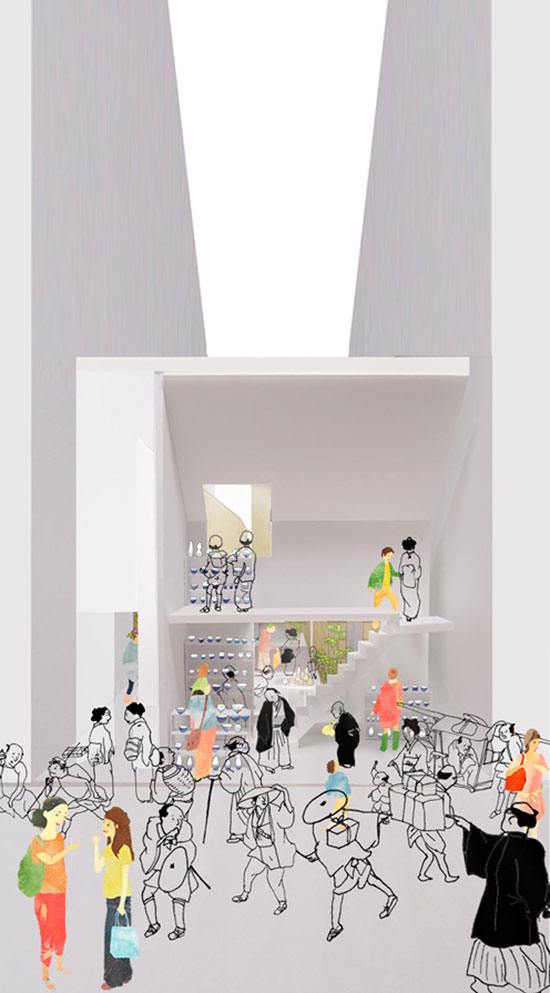 view from the inside of the street 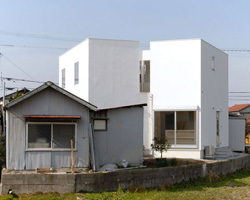