2017 saw the opening of several groundbreaking museums and long-awaited cultural centers around the world. bold designs characterize the buildings, as established names in the field of architecture have collaborated with cultural institutions across the globe to bring their creative visions to life. for the louvre abu dhabi, jean nouvel designed a light-filled, floating dome structure, while in denmark, bjarke ingels’ LEGO house created an immersive experience for fans of the famous toy-brick.

as we move into december, we start our annual TOP 10 round up of the year’s most talked about projects with a look at ten museums and cultural centers featured on designboom over the past 12 months. 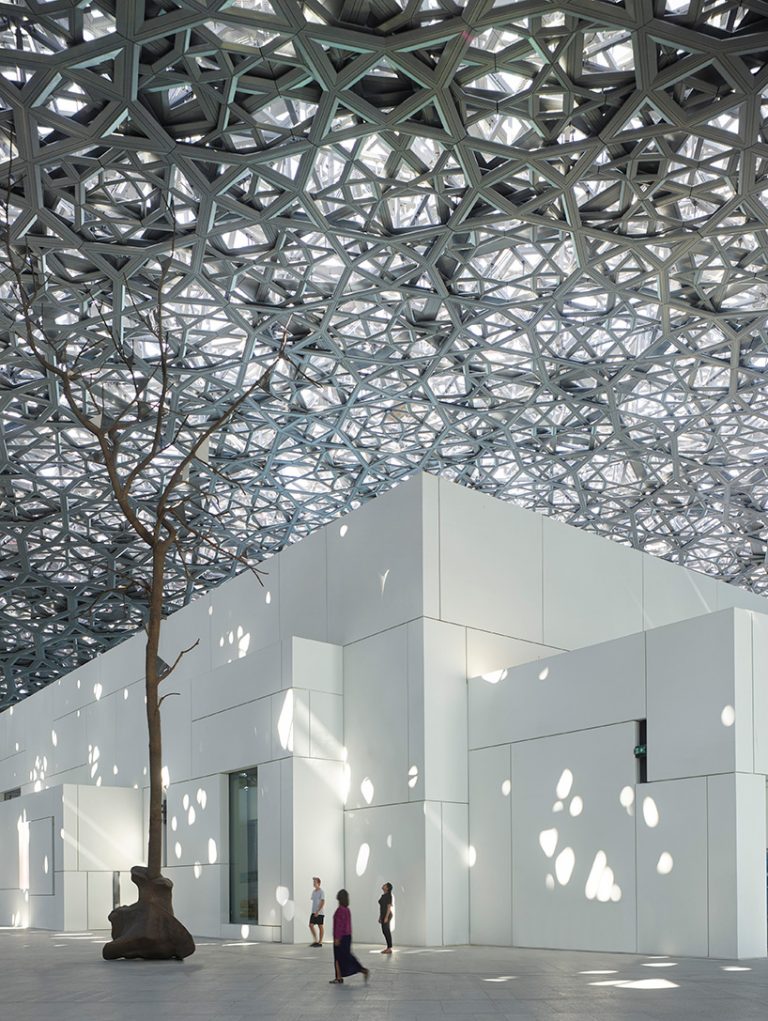 in mid-november, the louvre abu dhabi, designed by french architect jean nouvel, finally opened to the public. the scheme unfolds as a ‘museum city’, comprising 55 individual buildings, including 23 galleries that mimic the low-lying settlements common to the region. the centerpiece of the ambitious scheme is a huge dome — 180 meters in diameter — that appears to float above the entire museum. the complex geometric structure comprises 7,850 ‘stars’, repeated at various sizes and angles in eight different layers. light filters through the perforations to create an effect referred to as the ‘rain of light’. 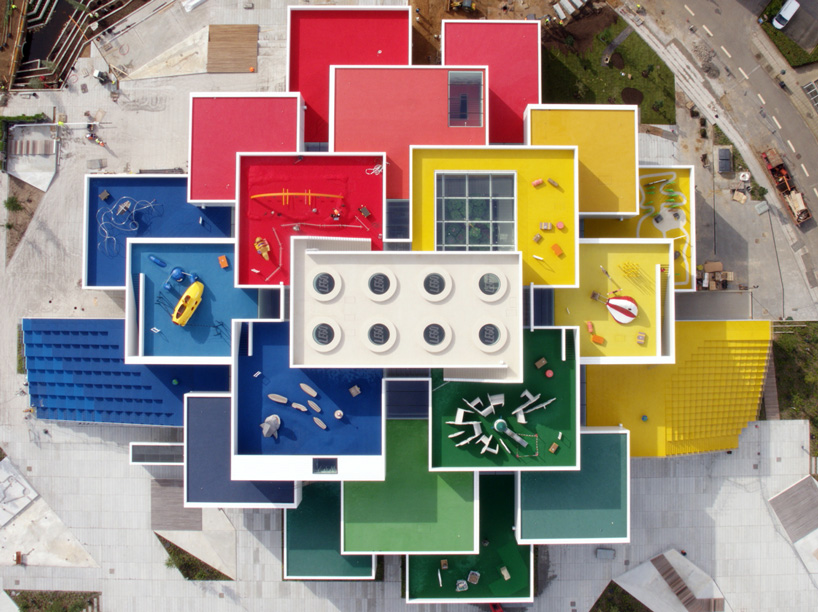 in september, the bjarke ingels-designed ‘LEGO house’ opened in the danish town of billund, where the concept of LEGO was first invented. the immersive experience center takes the form of 21 white bricks stacked on top of one another, crowned by an oversized LEGO block. the complex includes paid attractions, creative ‘experience zones’, as well as areas that are free and open to the public. the complex is expected to attract approximately 250,000 guests each year with around 2,500 visitors on peak days. ‘it has been a dream for me for many years to create a place that will give our visitors the ultimate LEGO experience,’ says LEGO owner, kjeld kirk kristiansen. see the project photographed by iwan baan here. 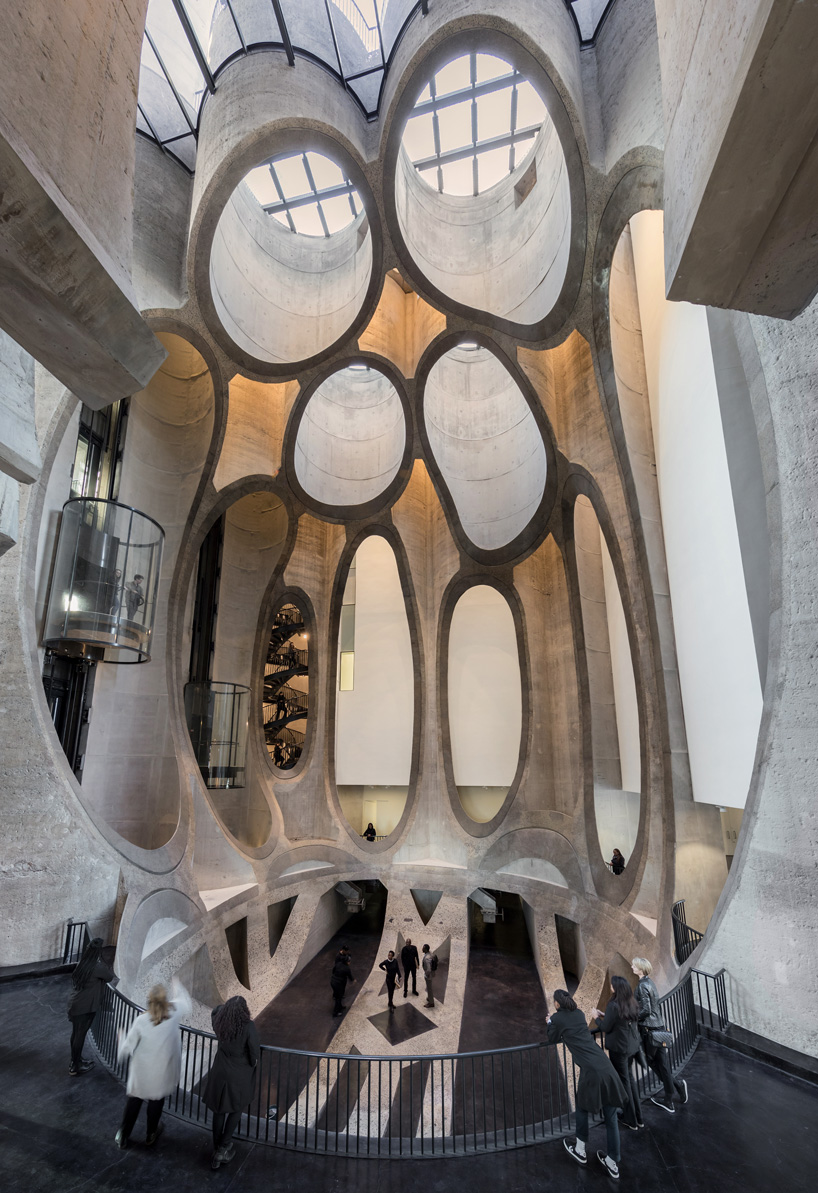 heatherwick studio’s zeitz MOCAA – museum of contemporary art africa also opened its doors in september. as the world’s largest museum dedicated to african contemporary art and its diaspora, the museum is located in the south african city of cape town. the nine-floor, 9,500 square foot interior reinvigorates a grain silo that had fallen into disuse in 1990 with the introduction of new technologies. heatherwick studio’s reinterpretation of this historical monument transforms the symbol of economic progress into a cultural epicenter. the interior atrium serves as a cathedral-like space at the center of the museum.

4 – misericordia renovation in venice by alberto torsello and gruppo umana 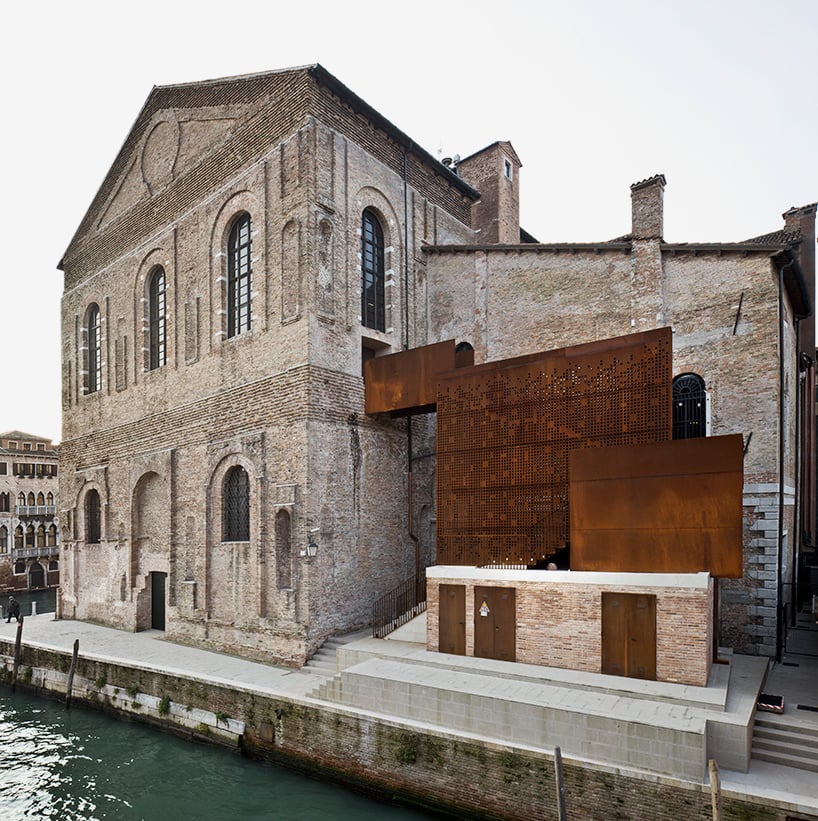 venice’s misericordia — a historic building that forms an important part of the city’s cultural and artistic heritage — has undergone a major renovation, transforming it into an events and exhibitions venue. inaugurated in 1583, the building was one of the seven ‘scuole grandi’ (‘great schools’) of venice. however, construction work and various modification continued for another 200 years. the facility was abandoned following the fall of the venetian republic, and from the early 1800s the school was used in a range of different ways: first as a military barracks, then as a warehouse, and finally as the location of the state archives. 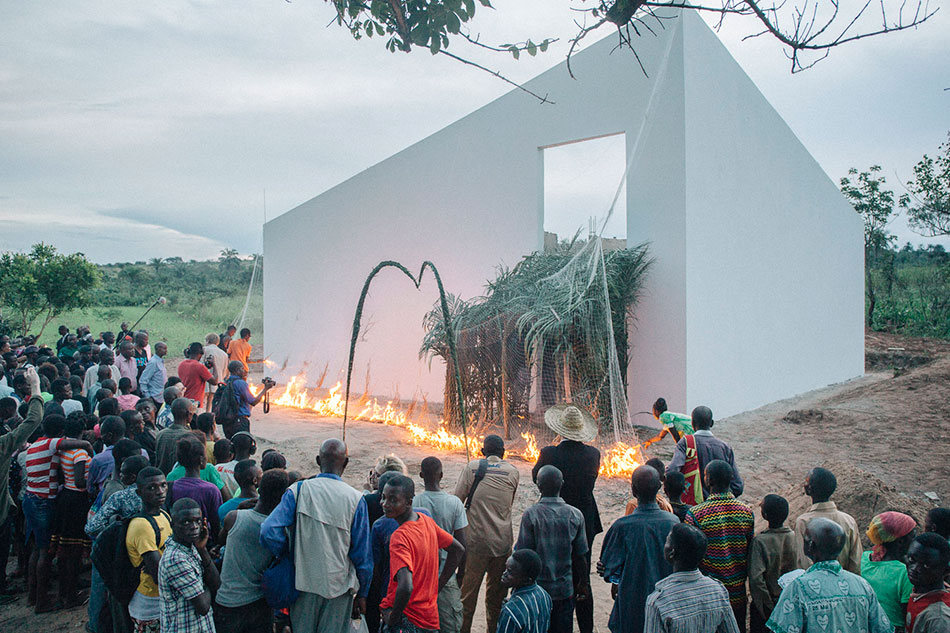 a quintessential white cube designed by OMA has been inaugurated on a former unilever plantation in the democratic republic of the congo. located in lusanga, a town 650 kilometers southeast of the country’s capital, the institution seeks to attract both the financial backing, and the awareness needed for plantation workers to buy back land and develop a new economic and ecological model. the inauguration also marks the start of a five-year research program. 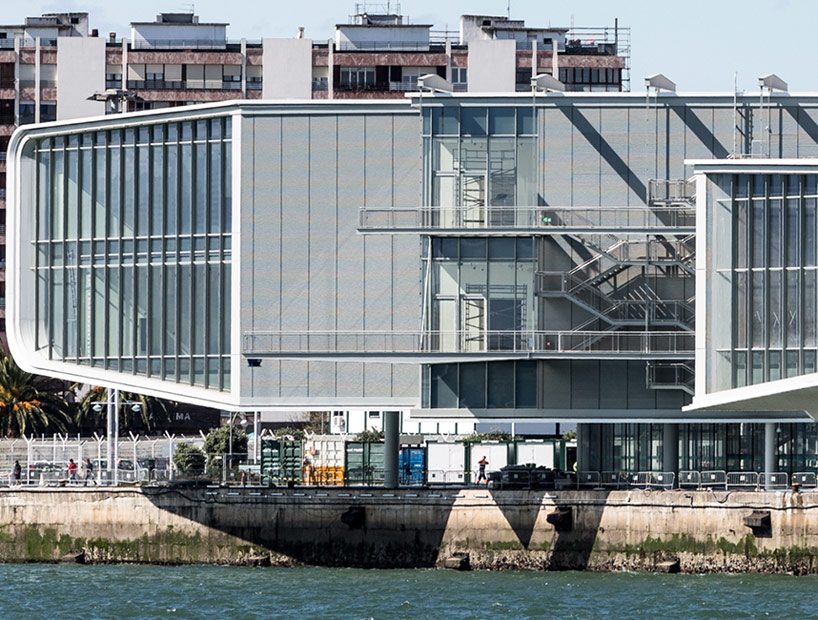 in june, a renzo piano-designed art center opened its doors in santander. situated on a landmark waterfront site, centro botín — piano’s first building in spain — will open with three major shows: the country’s first exhibition dedicated to carsten höller, a series of drawings by francisco goya, and the presentation of the institution’s permanent contemporary art collection. in addition, spanish installation artist cristina iglesias has created a sculptural intervention for the cultural venue. see the project photographed by iñigo bujedo-aguirre here. 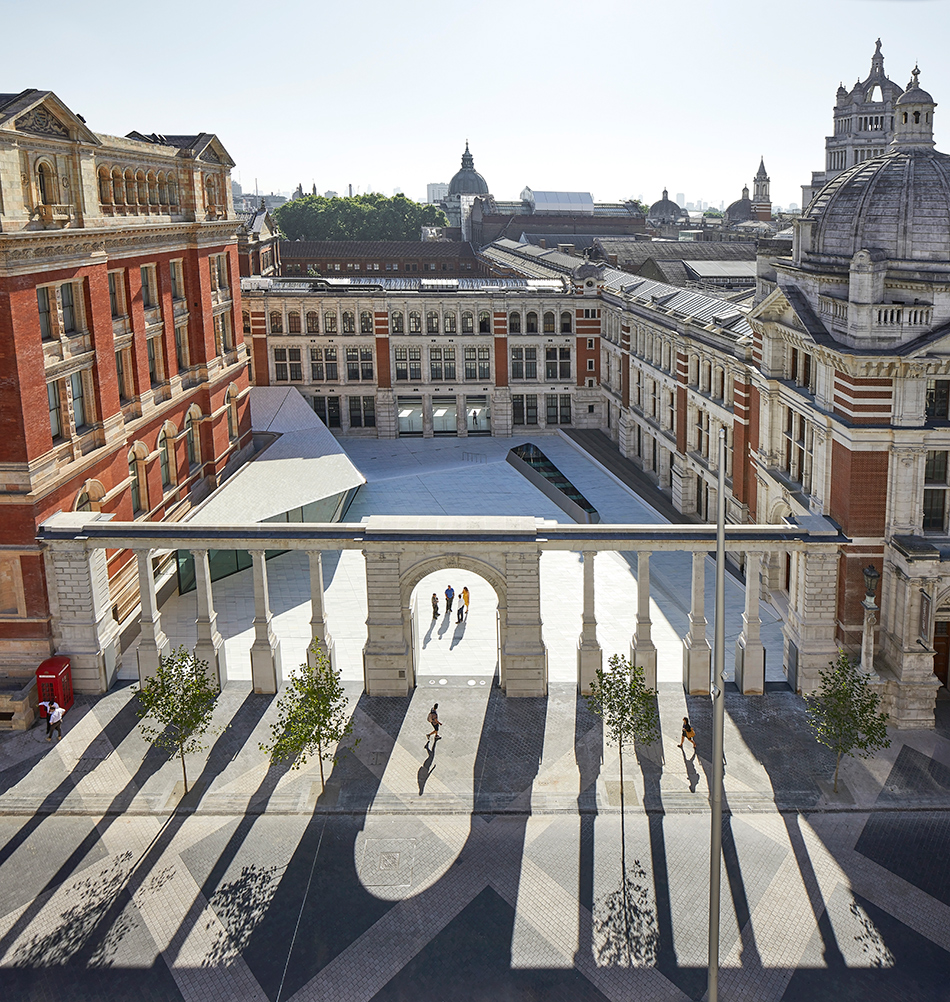 after more than four years of construction, london’s V&A museum completed its largest architectural intervention in over a century. named after the street it now embraces, the exhibition road quarter provides a new entrance to the museum and features the world’s first porcelain public courtyard — paved in 11,000 handmade tiles. designed by amanda levete and her practice AL_A, the project also includes a newly created colonnade and a column-free exhibition gallery. 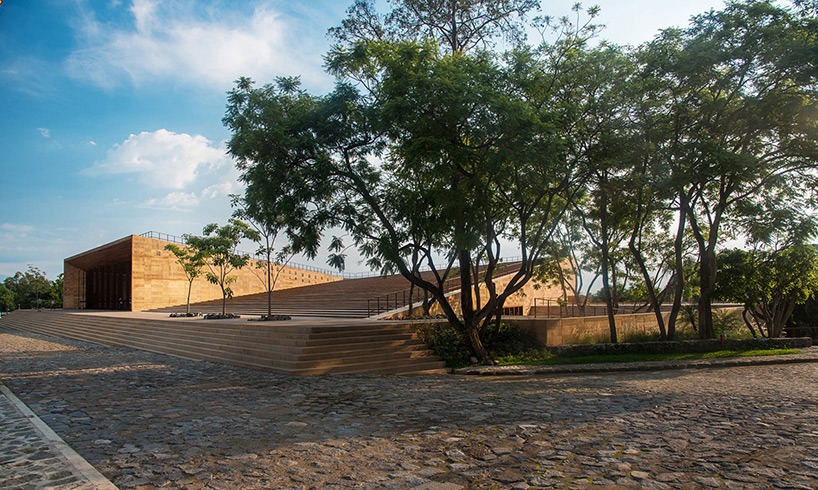 isaac broid and productora have designed the ‘teopanzolco cultural center’, a 900-seat auditorium adjacent to an archaeological zone in cuernavaca, in the state of morelos, mexico. the building embraces the existing slope on the site and features an open-air auditorium on the roof, providing panoramic views over the adjacent pyramid ruins. 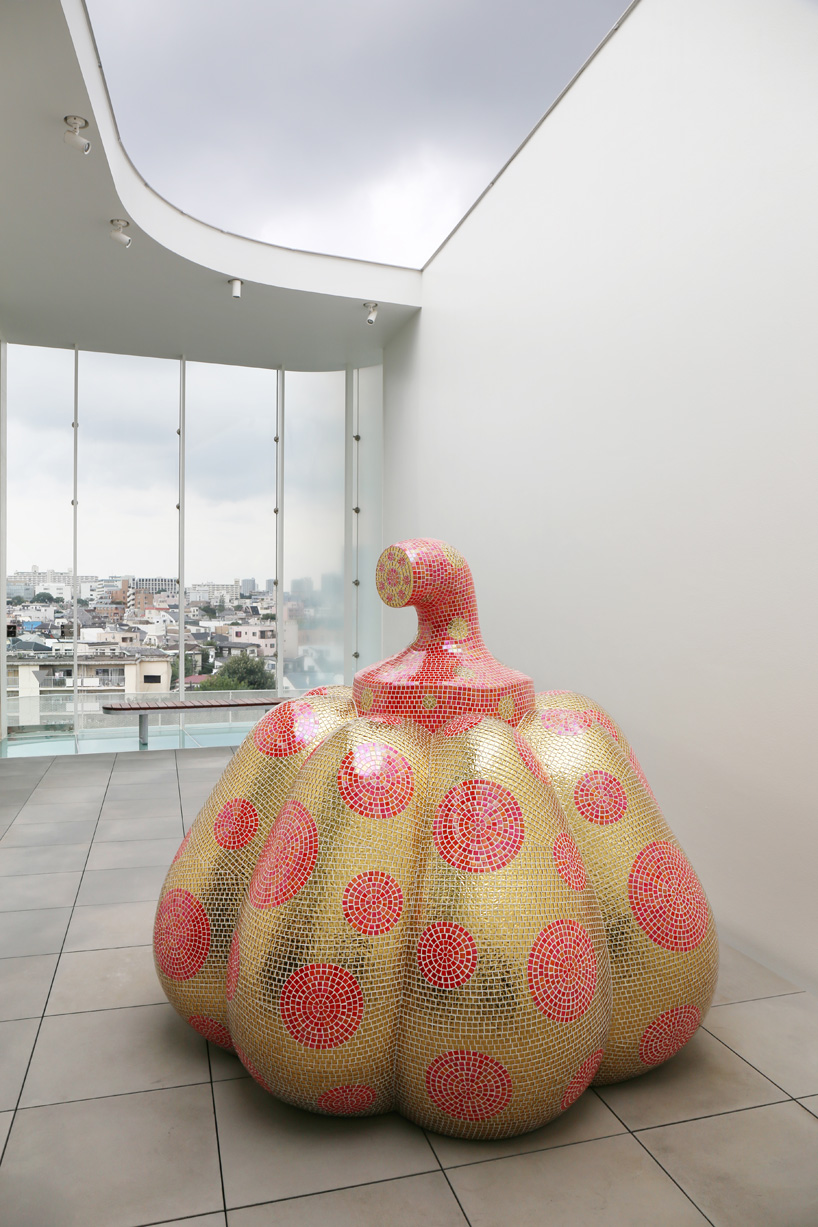 in october, the yayoi kusama museum opened in tokyo with an inaugural exhibition comprising more than 600 pieces of the artist’s work. the museum is the first institution entirely dedicated to kusama — one of the world’s most important and influential contemporary artists. the dedicated building gives visitors a chance to learn about kusama and her path towards becoming one of the most well-known avant-garde artists of the century. 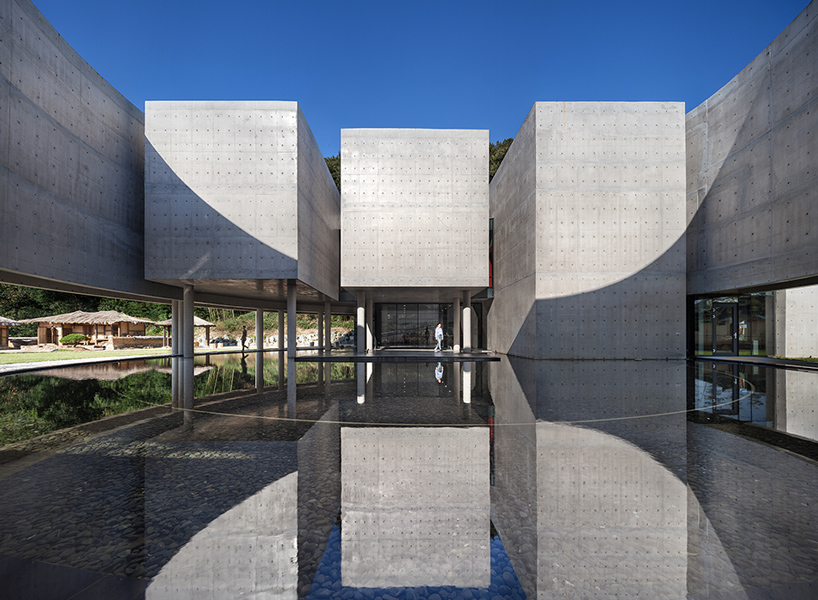 in korea’s south gyeongsang province, atelier KOMA completed a monument dedicated to the life and work of son yang won — a christian preacher and martyr who was killed in 1950. the concrete museum has been conceived as a ‘symbolic space memorial’, with the building’s design and its exhibition spaces informed by the preacher’s three guiding principles of resistance, sacrifice, and reconciliation.