2016 has been another big year for museum buildings. across the globe, a host of recently completed schemes facilitate the human desire to congregate, offering areas designed for the exchange and dissemination of knowledge, inspiration, and creativity. from beijing to mexico, established names in the field of architecture were charged with the task of establishing new cultural landmarks to attract local, national, and international audiences. as we move into december, designboom continues its annual round up of the year’s most talked about projects with a look at ten museums that opened their doors in 2016. 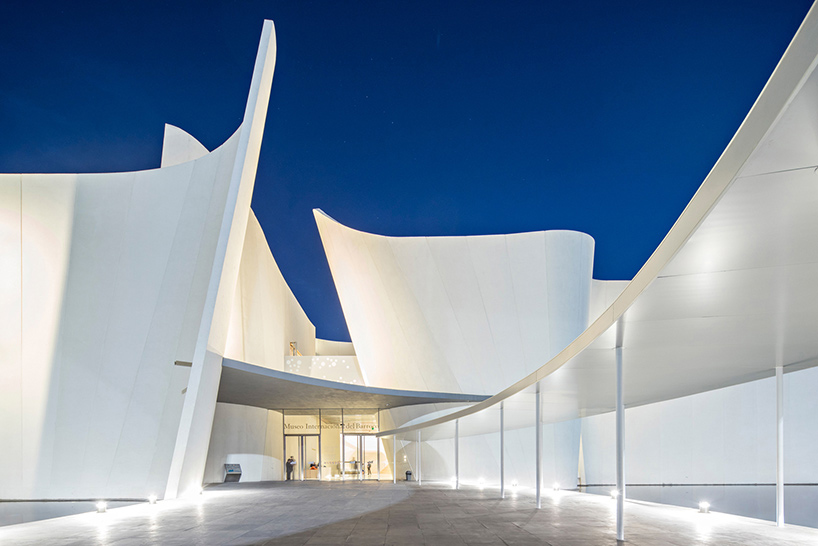 this year, in the mexican city of puebla, japanese architect toyo ito completed a museum dedicated to baroque art. the museo internacional del barroco, or simply the MIB, occupies a prominent UNESCO world heritage site in the country’s fourth largest city. the project seeks to translate the baroque movement, which is considered to be one of the first truly international styles, into the building’s design. in order to achieve a sense of fluidity, the rigid layout was dissolved with a series of curving walls. ‘in the MIB we try to break and dissolve the cold and rigid order to achieve fluid spaces,’ explain the architects. ‘we hope that when people move from one room to another, they experience a baroque space.’ 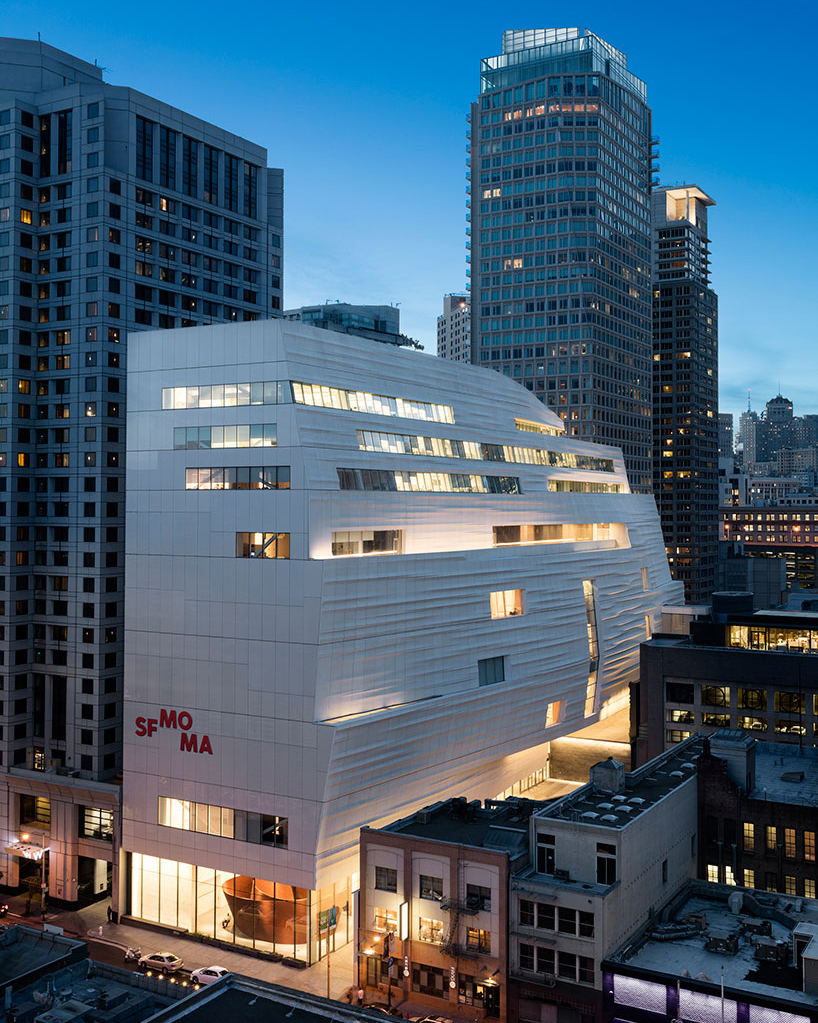 in may, the new san francisco museum of modern art opened its doors to the public. completed by snøhetta, the expanded SFMOMA integrates a 10-storey structure with the original mario botta-designed building. purpose-built to showcase the institution’s celebrated collection, the transformed museum offers three times more exhibition space, with free access to ground-floor galleries. SFMOMA opened with 19 special exhibitions, including highlights from the renowned fisher collection, hundreds of works promised through the campaign for art, and the new pritzker center for photography inaugurate museum. 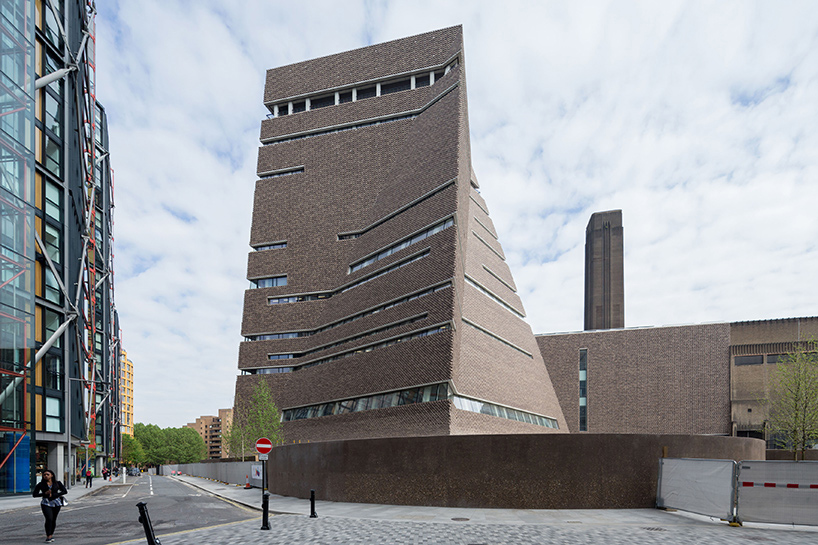 in june, a new ten-storey building at london’s tate modern art gallery opened its doors to the public for the first time. designed by herzog & de meuron — the acclaimed swiss firm who originally transformed the former power station 16 years ago — the expansion is situated behind the original building, offering 60% more space for visitors to explore. combining raw industrial spaces with refined contemporary architecture, the interior of the extension features concrete folded into dramatic angles, offering a dynamic series of spaces capable of hosting a diverse range of different types of art. 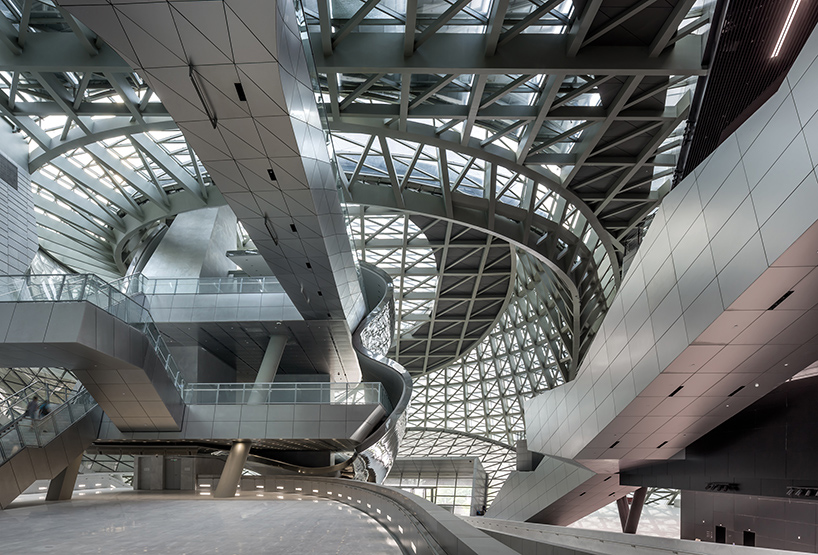 in china, coop himmelb(l)au completed MOCAPE, shenzhen’s museum of contemporary art and planning exhibition. after wolf d. prix’s firm won a competition to design the project almost a decade ago, construction began on-site in 2013. the building combines two independent institutions — the museum of contemporary art (MOCA) and the planning exhibition (PE) — as a cultural meeting point and a venue for architectural exhibitions. the development includes a shared lobby, multifunctional exhibition halls, auditorium, conference rooms and service areas, to be used by both institutions. 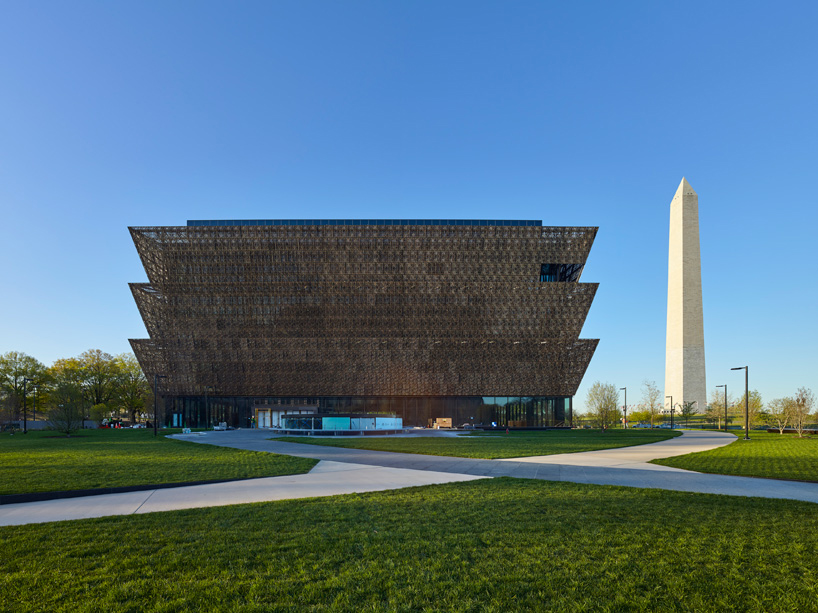 rising on a corner site adjacent to the architectural monuments of washington DC’s national mall, the national museum of african american history and culture opened in september. realized by british architect david adjaye in collaboration with new york-based firm davis brody bond and the freelon group, the 37,160 square meter structure — with its stacked character of inverted truncated pyramids — is devoted to educating and documenting african american life, history, and culture. 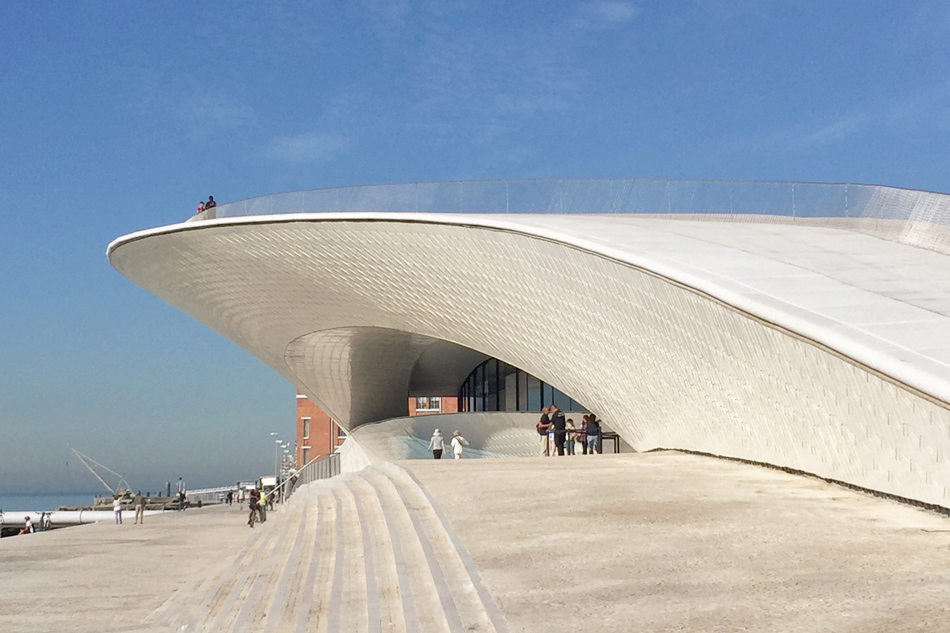 lisbon’s MAAT museum of art, architecture and technology opened in october, coinciding with the 2016 lisbon architecture triennale. the institution is housed within two buildings — a new structure, designed by AL_A,  amanda levete’s london-based practice, and a former power station, which has been renovated. the scheme seeks to restore the historic connection between the city and the water. steps lead down into the river, covered with water at high tide, creating a constantly changing environment. above, an overhanging façade covered in 15,000 3D tiles is a reference to portugal’s rich tradition of ceramics. 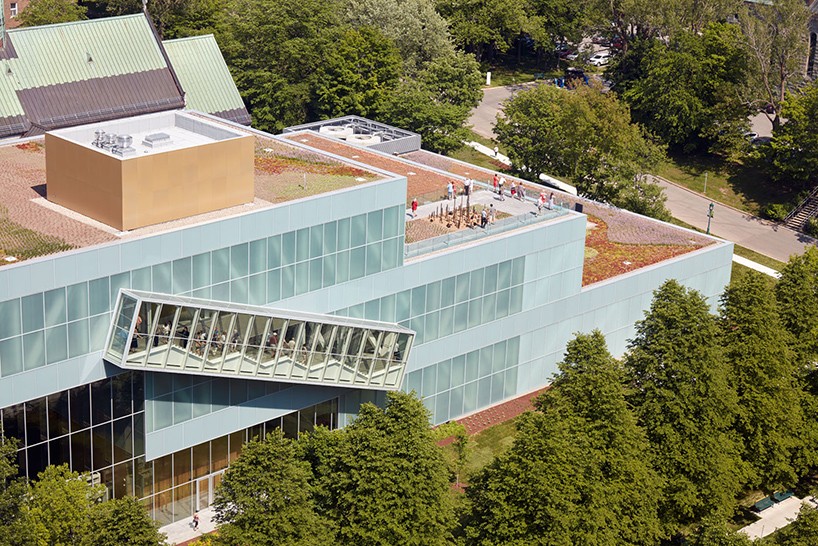 ROSE MUSEUM BY NEXT ARCHITECTS 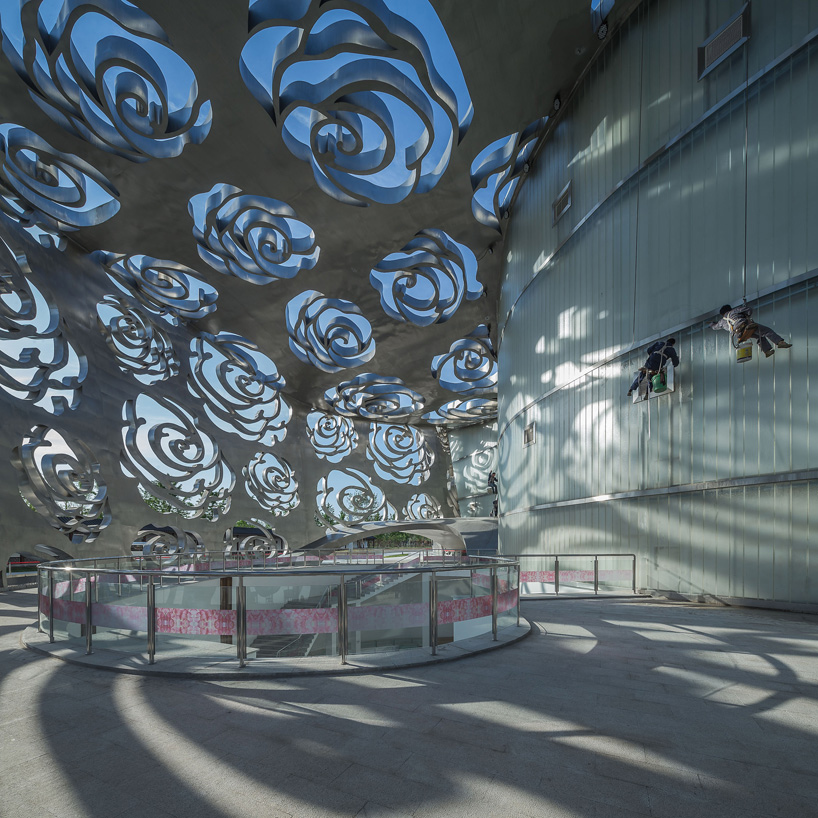 in may, the world’s first museum dedicated to roses opened in beijing. designed by NEXT architects, the design is defined by a smooth stainless steel envelope that wraps around the building with a pattern of chinese roses. this detached envelope creates four half open courtyards between the façade and the main building, ensuring a constantly changing play of light and shadow. 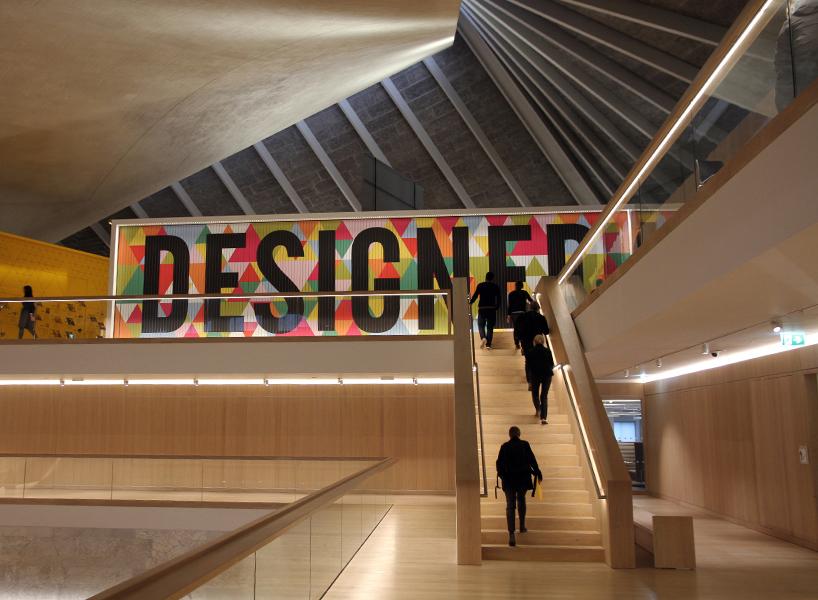 after five years of construction, london’s design museum opened in its new home on kensington high street. the institution, which has tripled in size to 10,000 square meters, is housed within a landmark building that dates back to the 1960s. the museum’s interiors have been remodeled by john pawson, while other big names — including OMA — have restored the structure’s distinctive façade and roof canopy. 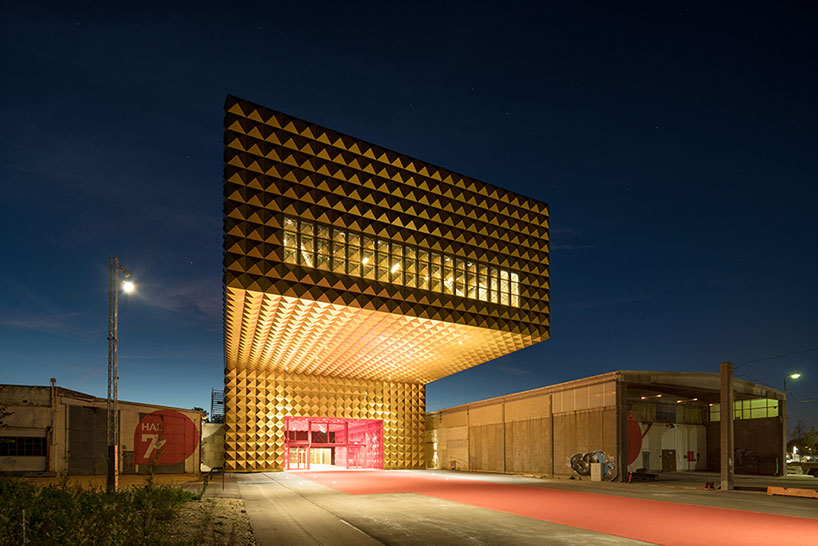 in roskilde, a danish city located 30 kilometers west of copenhagen, the collaborative team of MVRDV and COBE opened a gold-studded music-themed museum. named ‘ragnarock’, the 3,100 square meter institution acts as the gateway to a larger regeneration of the surrounding factories. the transformed site will form a music oriented district that also includes a high school and the headquarters of the roskilde festival.