this year has been all about breaking free from our four walls and rethinking traditional ideas of what our homes should look like. as designboom reported on private residences throughout 2021, we saw new spaces for working, conscious renovations, and a fresh need for connection to nature. although different in scale and setting, our TOP 10 private houses all offer mold-breaking approaches to how we live — from a converted church in spain to a cantilevered, pipe-shaped dwelling in russia.

we continue our annual round up of the year’s BIG stories with a look at the TOP 10 private houses and residential dwellings featured on designboom in 2021.

HOUSE OS IN JAPAN BY 1-1 ARCHITECTS 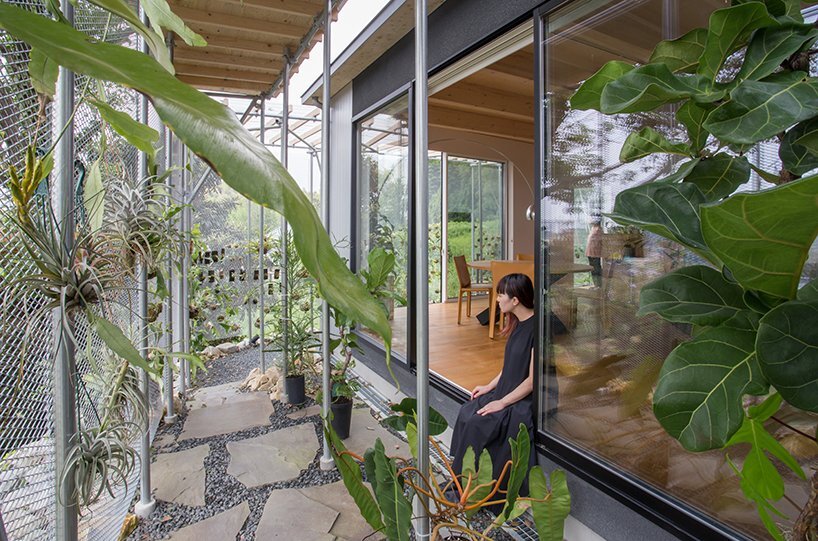 amid the lush green countryside of aichi prefecture in japan, 1-1 architects planned a house for the owner of a tropical plant farm. composed of three volumes under three roofs, the layout of ‘house OS’ was designed according to a boundary line of neighboring land that the single-story residence straddles.

CASA COSMOS IN MEXICO BY S-AR 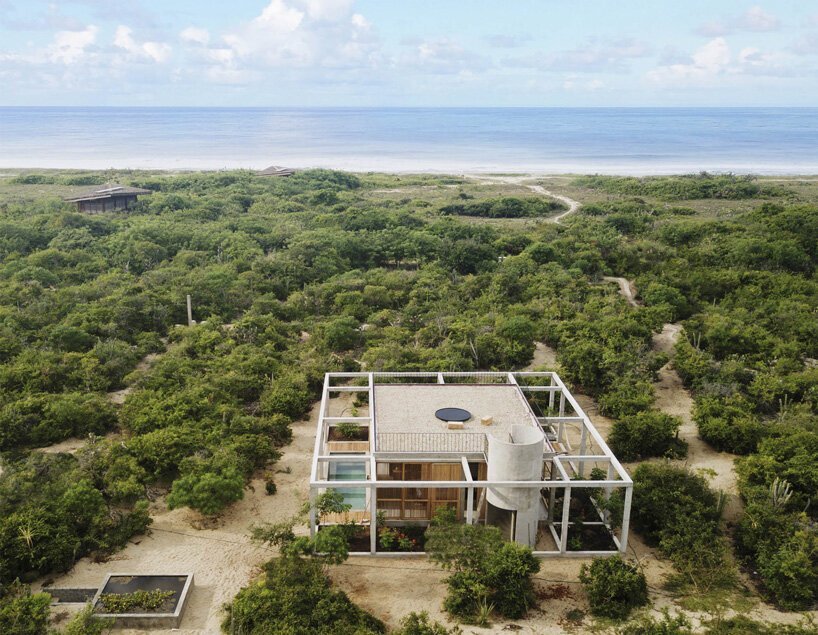 S-AR completed ‘casa cosmos’, a small, single family house located nearby puerto escondido on the pacific coast of the state of oaxaca, mexico. the house is composed of three main elements: a concrete nucleus that encloses the main living spaces; an external grid of beams and columns also made of concrete; and the roof, which functions as a lookout towards the landscape. a skin of a mechanical wooden lattice replaces most walls and windows and reinforces the home’s strong relation with the surrounding landscape.

NCAVED IN GREECE BY MOLD ARCHITECTS 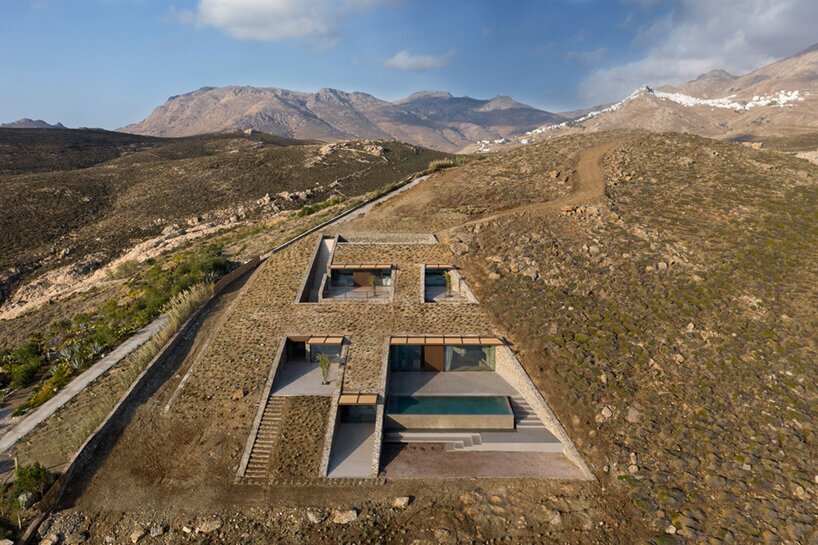 along a small secluded rocky cove of greece‘s serifos island, mold architects created its underground nCAVED house. inserted into the cliffside, the dwelling seems to hover just above the sea. the design team introduced a shelter protected from the strong northern winds without obstructing the rolling landscape and sweeping horizon. the dwelling thus exists without an exterior form, but as a series of occupiable volumes subtracted from the earth. 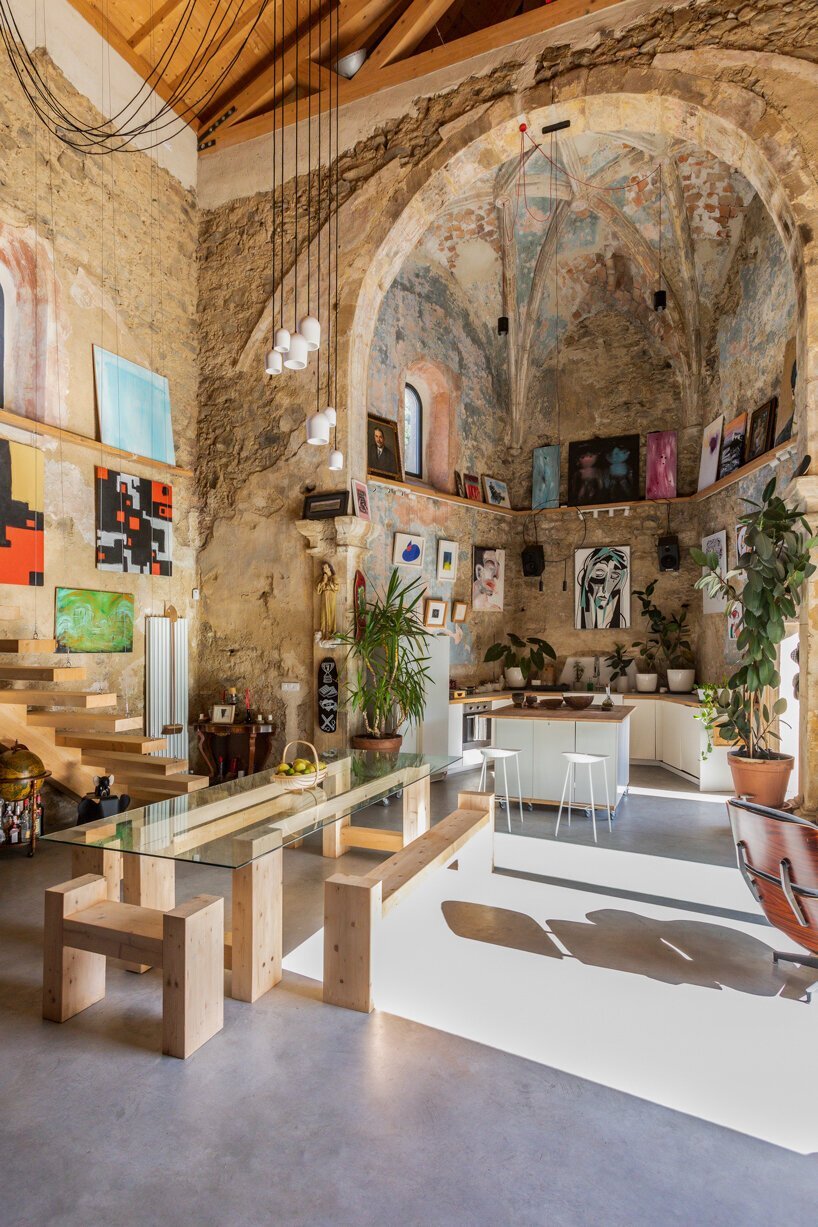 the relationship between architect and client can be a fraught experience, but when the two parties come together and work in harmony, it can lead to beautiful buildings and a very happy end-user. demonstrating this perfect balance was garmendia cordero arquitectos and client, tas careaga. together, they transformed a small abandoned church in sopuerta in northern spain into a bespoke dwelling that is quite aptly called ‘the church of tas’. 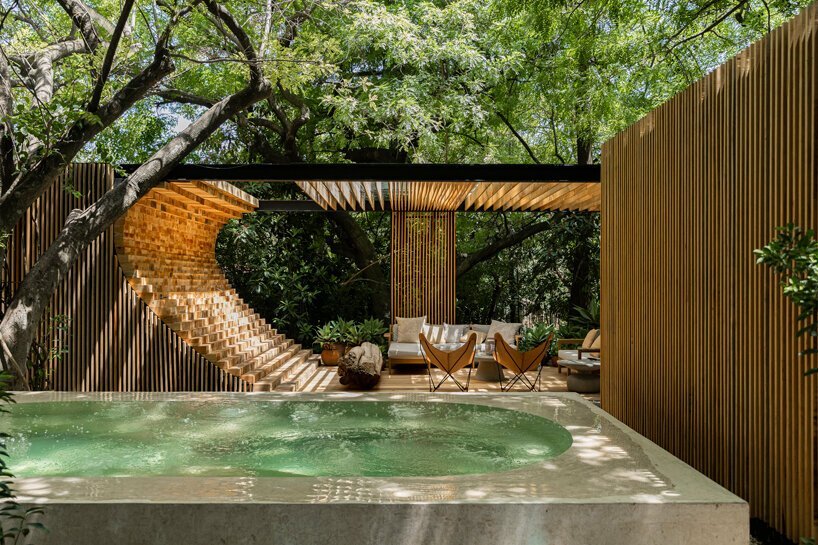 mauricio ceballos x architects (MCXA) realized ‘casa mague‘ in malinalco, mexico, with a design that carefully considers nature and the pre-hispanic history of the place. the site, which was chosen by the clients for its unique micro-climate and large trees, borders the cerro de los idolos (hill of the idols), which is where the aztecs carved a ceremonial center out of the mountainside.

HOLIDAY HOME IN ICELAND BY KRADS 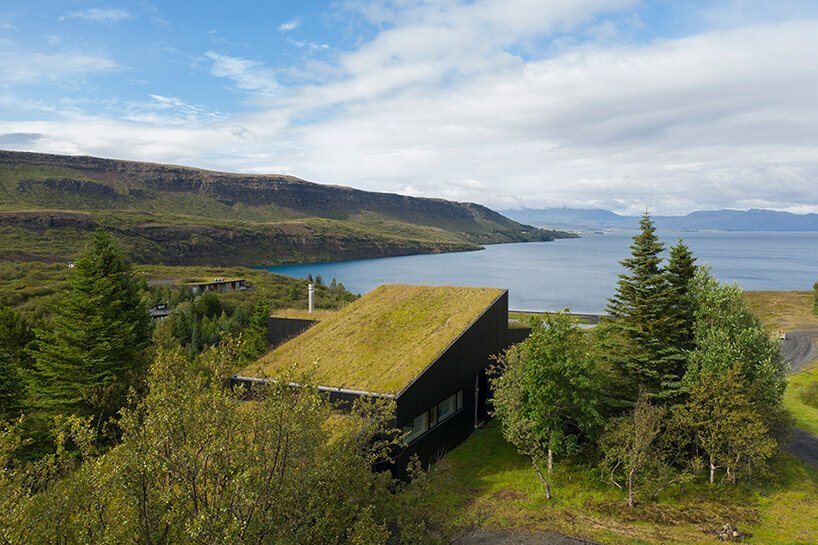 architecture studio KRADS completed a holiday home that overlooks þingvallavatn, a large natural lake in southwestern iceland. the architects explained that the form of the building responds directly to the landscape that surrounds it. ‘in dialogue with the terrain, the concrete foundation of the wooden house lies in three staggered planes that follow the movement of the landscape,’ said the firm. ‘in a similar manner, the roof surface, overgrown with local grass and moss, slopes partly towards and partly with the hill.’ 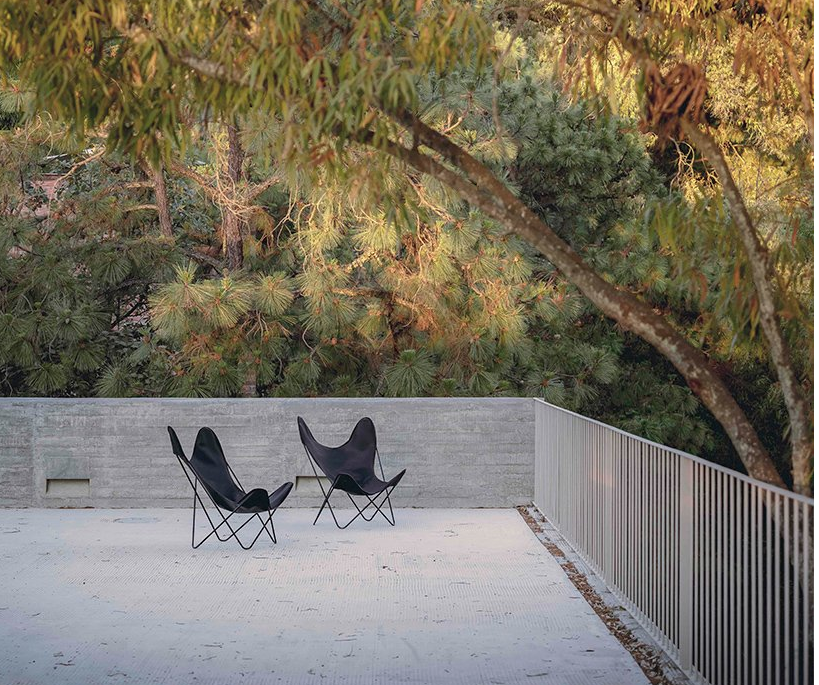 located in a forest near the city of guadalajara in mexico, casa amapa by pérez gómez arquitectura takes shape as an abstract geometric residence with naked materiality, blending harmoniously with the surrounding lush vegetation. the project is strategically positioned to keep the existing regional topography and woodland intact. seemingly emerging in the middle of nowhere, the structure adopts a minimalist approach and grows from the ground to spark an honest conversation between artificial and natural environments. 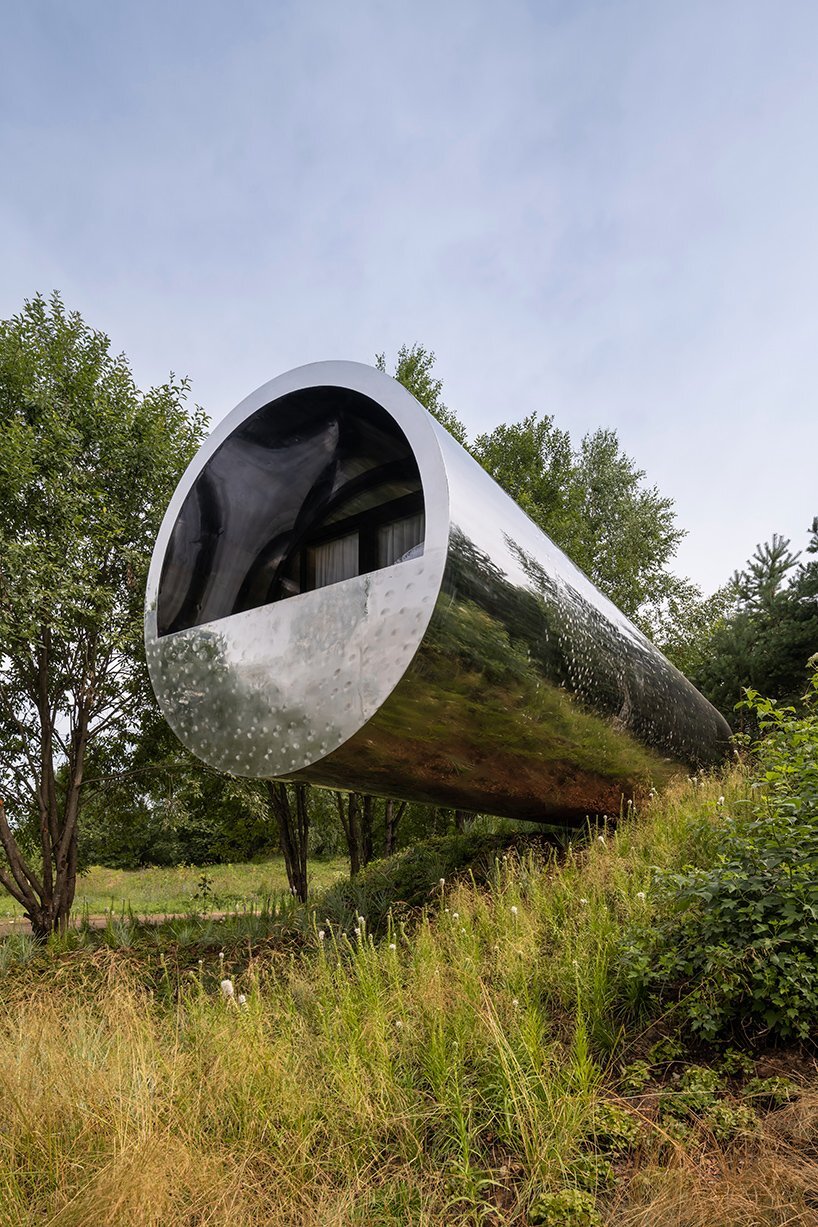 designer sergey kuznetsov teamed up with KROST to design ‘russian quintessential’, a suspended pipe-like residential project that reflects the surrounding landscape. the stainless steel-clad pavilion was opened at the archstoyanie festival, held in the art park nikola-lenivets, kaluga region. the project takes shape as a full-fledged residential building with all modern conveniences where one can live inside, cook, shower, and sleep. 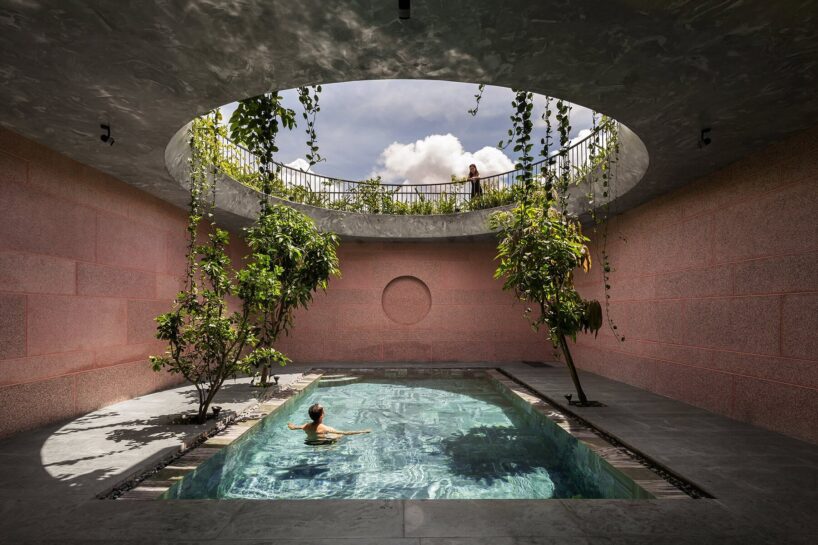 the ‘pink house’ in vietnam, designed by 23o5 studio, adopts a simple volumetry punctured by a circular roof opening that connects it to the sky. the architects sought to generate a tranquil ambiance employing a natural, earthy color palette, while a series of multiple voids in the dwelling trigger resident’s interests and curiosities. the space is clad in a homogeneous wash stone material inside and outside, blurring the boundaries and allowing a seamless transition between them.

bua studio transformed a dilapidated barn in iceland into an artist’s studio and dwelling. dubbed ‘hloduberg artist’s studio’ the conversion emerges from the existing concrete structure maintaining a cohesive character with the fragmented buildings of the area. as part of the remaining walls were too fragile to be reused, the architects retained them in their original state and incorporated a lightweight two-storey timber structure inside. 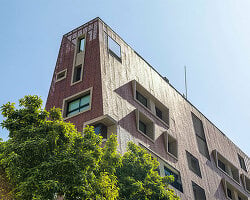 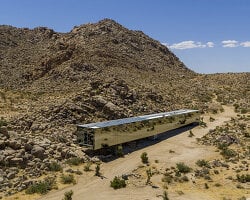 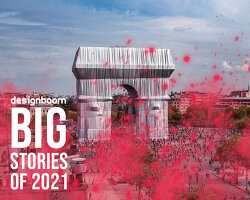 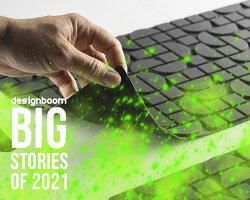 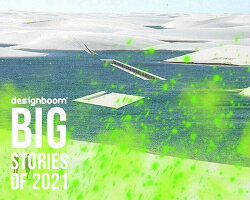 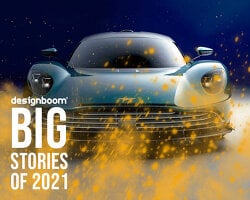