over the past 12 months, designboom has featured a wide range of private residences that offer their occupants a unique retreat from the outside world. despite being diverse in scale, material, and setting, our selected schemes below all offer inventive solutions for small spaces that both respond to, and engage with, their contexts — from a house with a moving terrace that responds to the path of the sun, to an almost invisible dwelling in the south of portugal.

we continue our annual round up of the year’s BIG stories with a look at the TOP 10 private houses and residential dwellings featured on designboom in 2019. 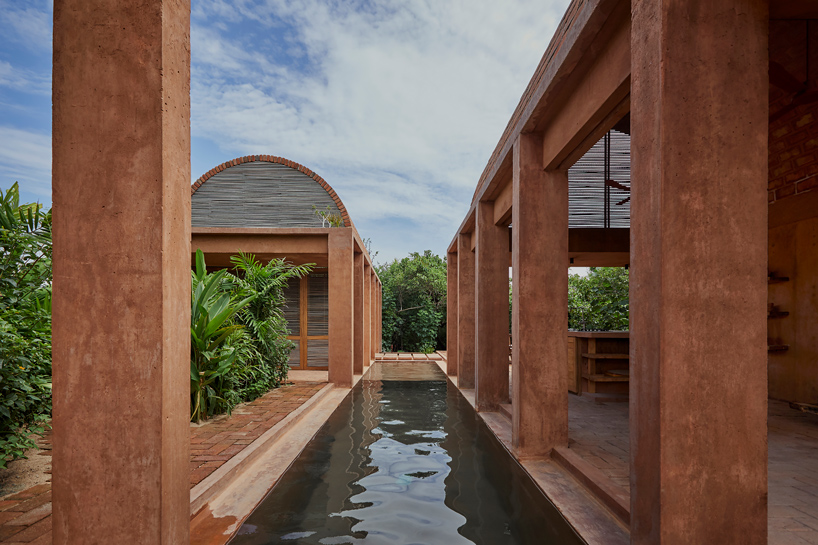 ‘casa volta’ by ambrosi etchegaray is an ambitious residence comprising three brick vaults floating above the dense vegetation along mexico’s oaxacan coast. the design and materiality of the project are heavily influenced by its close proximity to tadao ando’s casa wabi foundation. visitors are led deep into the jungle by way of a small path which ultimately opens to a large clearing. a long pond here is flanked by a linear array of symmetrical columns reflecting on the water, lending the suggestion of an abandoned classical temple. read our interview with jorge ambrosi of ambrosi etchegaray here. 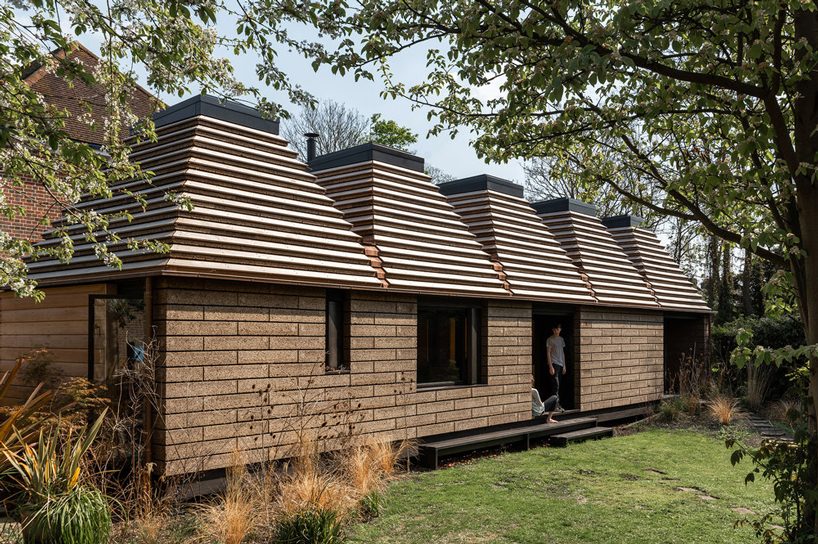 this house in berkshire, england, with its monolithic walls and corbelled roofs, is built almost entirely from solid load-bearing cork. designed by matthew barnett howland with dido milne and oliver wilton, the project was shortlisted for the 2019 RIBA stirling prize. the scheme is an attempt to make solid walls and roofs from a single bio-renewable material. 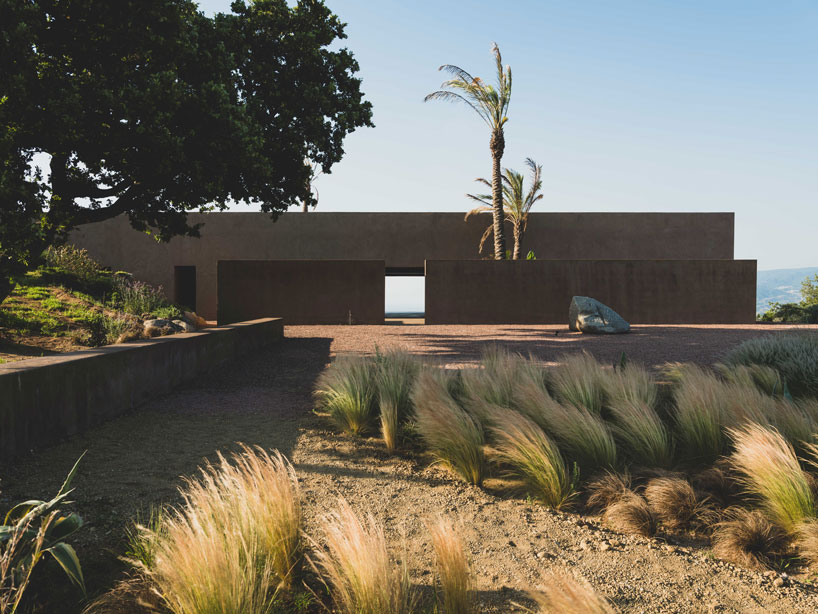 with ‘villa RA’, italian architecture studio MORQ proposes an alternative approach to dwelling in the rural landscape of calabria, italy. through its spatial organization and materiality, the traditional yet contemporary house creates a visual and tactile continuity between landscape and architecture to preserve the beauty of its context. both monochrome and vibrant, the transforming property shifts in hue throughout the day, revealing movement through shadows and ever changing material nuances. 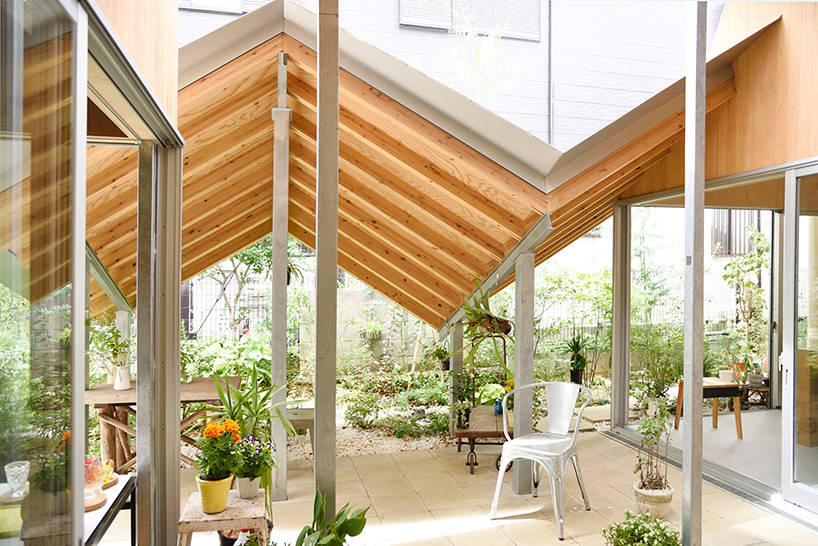 image by office of ryue nishizawa

located on the outskirts of tokyo, ‘terasaki house’ by ryue nishizawa is defined by its distinctive roof canopy. the plan, which takes advantage of the site’s unique and favorable conditions, features a single-story house with a courtyard. encompassing the rooms and the external courtyard, the roof creates an open space where the indoors extend beyond the glazed walls. 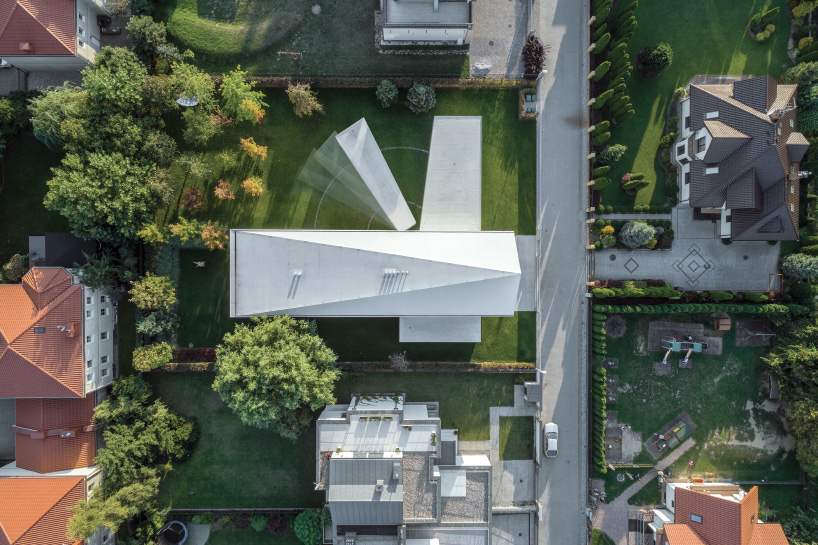 KWK promes, the architecture firm led by robert konieczny, designed a house with a moving terrace that responds to the path of the sun. the architects were presented with a regularly-shaped plot of land, surrounded by other large residences in the polish suburbs. the design comprises two primary volumes: a two-storey building, containing the home’s primary functions, positioned at a perpendicular angle to the street; and a single storey structure that runs parallel to the road.

‘cottage house’ by atelier 1111 is nested into the landscape of a sweeping property in grândola, an area in the south of portugal. the peaceful region is characterized by cork and olive trees, protected stone pines, and a gently sloping topography offering a view of the atlantic ocean from its highest points. the new construction will be one of four on the site alongside a main house, garage, and swimming pool, each to be spread across the land to guarantee and maximize their integration with the natural surroundings. 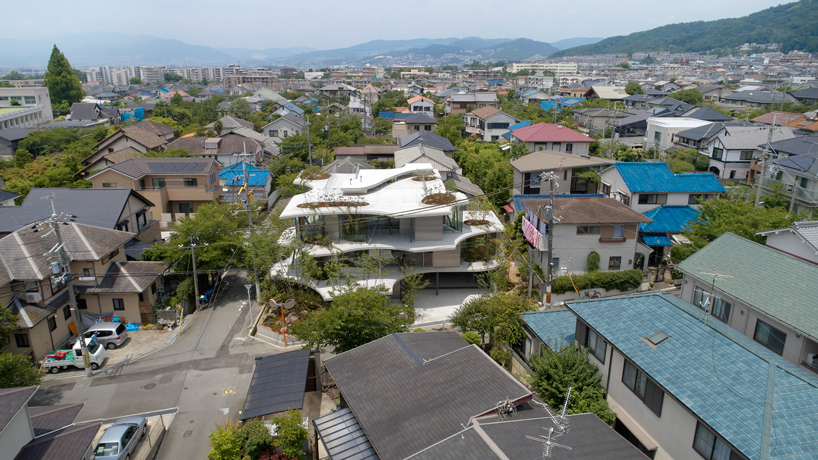 tomohiro hata architect and associates has constructed ‘ground house’ in a concentrated urban neighborhood of osaka, japan. the concept behind the house was born of the architect’s speculation that the site was once characterized by rich vegetation overflowing from the adjacent mountain range. the architect thus looked toward the geographical features of the region to develop a new ‘micro-topography’ of concrete slabs. ‘we searched for a form of architecture as if a micro-topography turns itself into an architecture to answer carefully the whisper of small environment,’ says tomohiro hata. 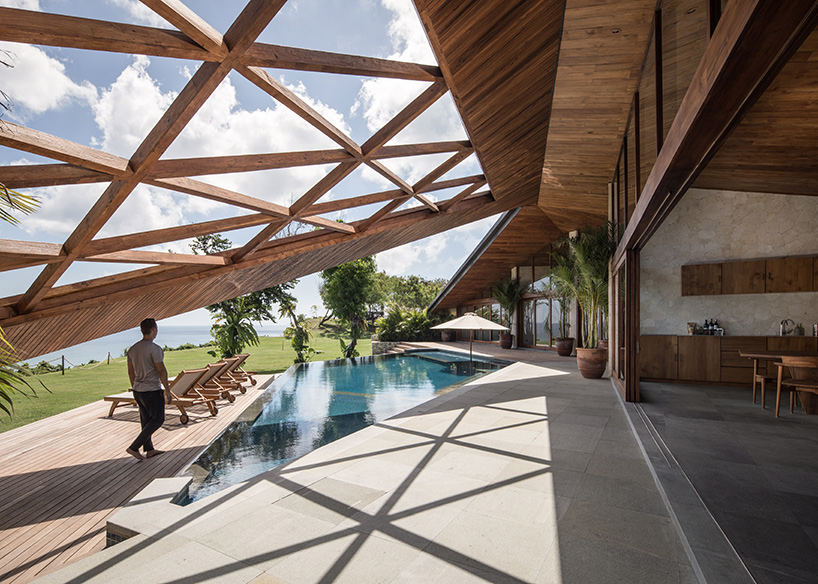 on the indonesian island of bali, alexis dornier, in collaboration with tim russo, completed the design of a private residence titled ‘cliff front 7 (carbon house)’. the dwelling is part of the ‘uluwatu surf villas’ resort, a clifftop retreat described as a ‘surfer’s paradise’. the villa’s most predominant gesture is its polygonal shading element, which introduces a transitional, semi-covered space that connects the interior with the exterior. 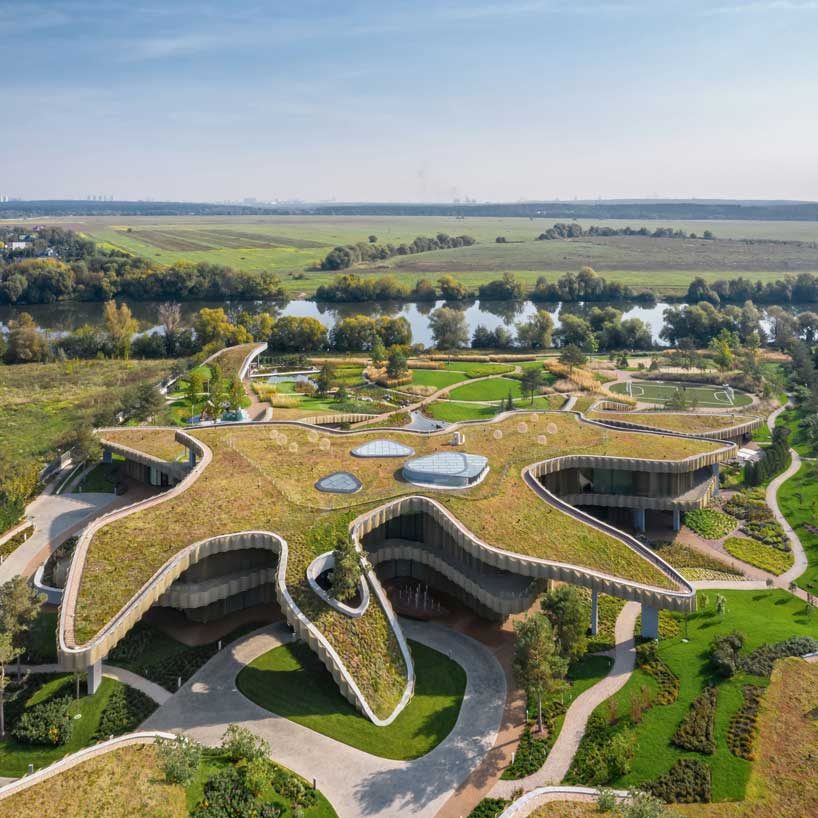 located on an expansive site outside of moscow, berlin-based studio j.mayer.h. has designed a private family house. the huge project, which boasts a total floor area of 57,048.73 square feet (5,300 square meters), focuses on creating an architectural language that blurs the line between the landscape and the built environment. incorporating green-covered roofs and organic, undulating forms, the residence essentially melts into the patterns of the rollings hills which surround it.

10 – ‘house in monsaraz’ in southern portugal by aires mateus 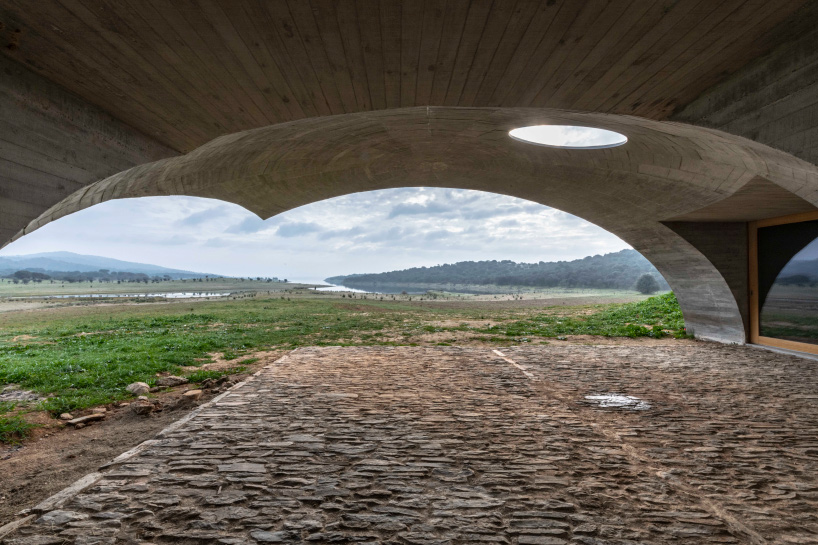 lisbon-based firm aires mateus completed an almost invisible house in close proximity to the alqueva lake in southern portugal. ‘house in monsaraz’, which was completed for a private client, is topped with a green roof that appears as an extension of the surrounding landscape. the property measures just 174 square meters (1,872 sqf), unobtrusively occupying its 21,100 square meter (227,119 sqf) site.