over the past 12 months, designboom has featured a wide range of architectural projects that offer their users a unique retreat from the outside world. despite being diverse in scale, material, and setting, our selected schemes all offer inventive solutions for small spaces that both respond to, and engage with, their contexts — from a house in brooklyn made from shipping containers, to an organically formed dwelling in western india.

we continue our annual TOP 10 round up of the year’s most talked about projects with a look at ten at residential dwellings and private spaces featured on designboom over the past 12 months. 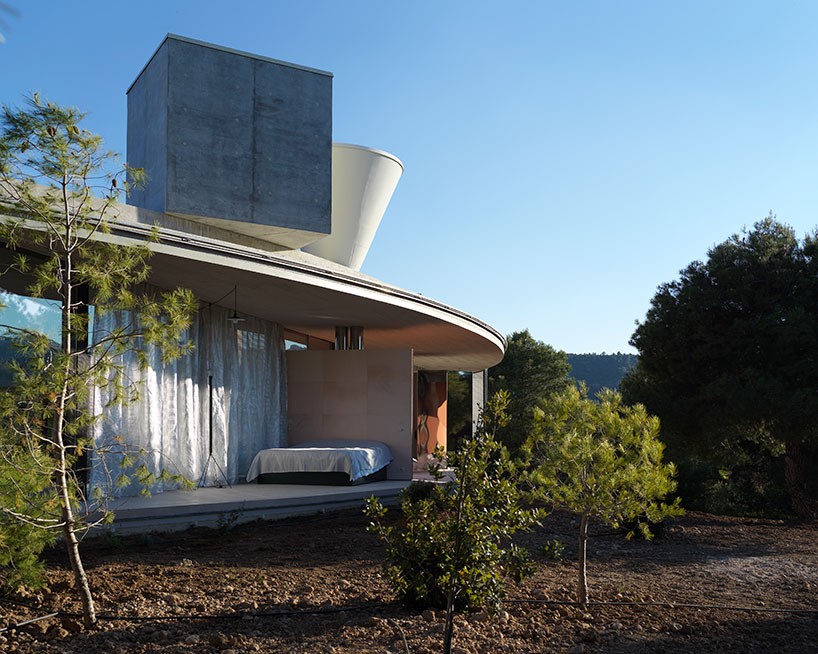 scattered across the mountainous terrain of matarraña in eastern spain, the solo houses are the brainchild of french developer christian bourdais. the initiative asks a new wave of young, yet established architects — including sou fujimoto, johnston marklee, and didier faustino — to populate the landscape with small resort-style dwellings. following pezo von elrichshausen’s completed design in 2013, belgian studio office KGDVS unveiled its remote remote residence this year. 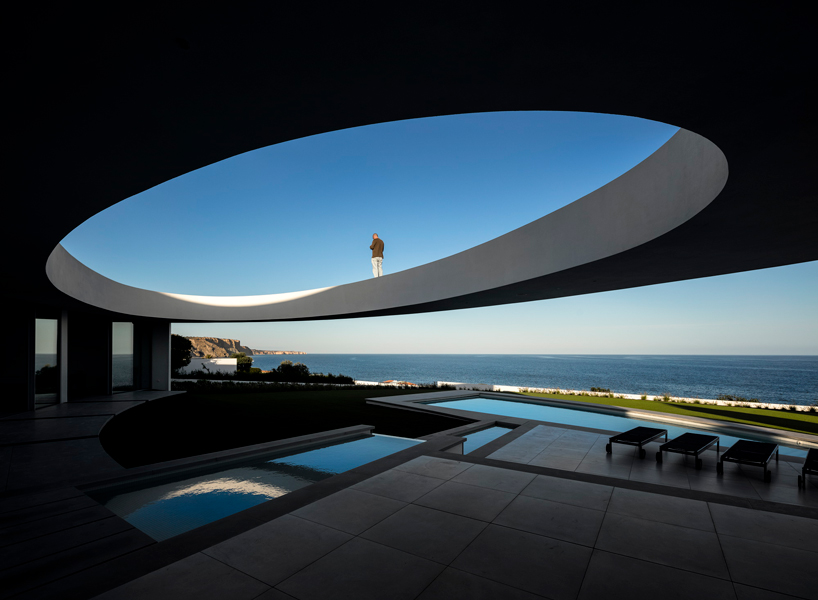 ‘casa elíptica’ by mário martins atelier is located on a naturally sloping terrain in luz, portugal. the scheme, which was expertly photographed by fernando guerra, evokes the fluidity and lightness of the coastal area while embracing the natural, curvilinear shapes of the landscape. 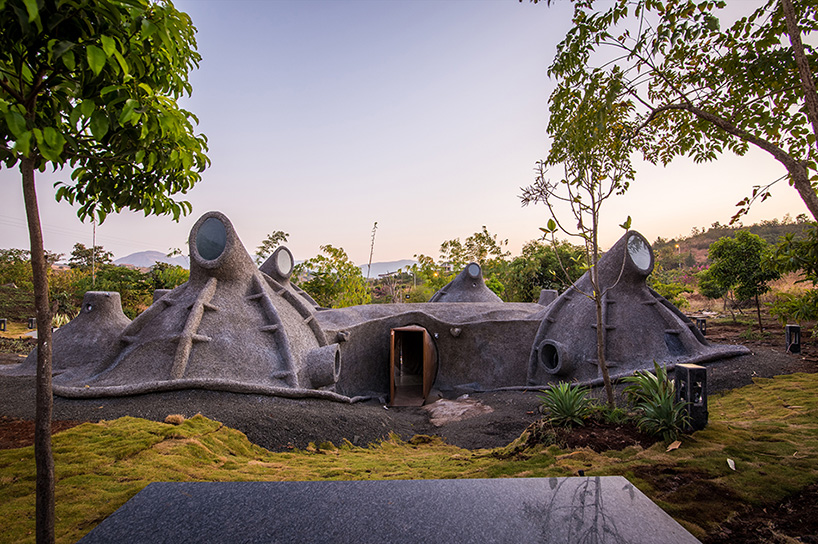 situated in nashik, india, ‘gumpha house’ by architect shailesh devi seeks to bridge the ever-growing gap between city life and nature. with its organic forms and poetic play of light and shadow, the project offers a much needed psychological refuge. ‘as the urban dweller tired from the stresses of everyday life, seeking rejuvenation, turns towards nature, his quest is to seek inner joy, unbound his energies to become one with the forces of nature’, explains shailesh devi.

4 – house in morillos by christian izquierdo 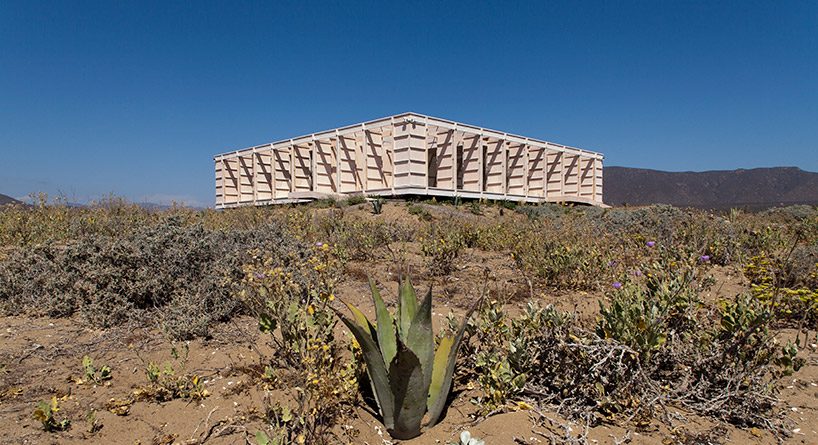 perched on top of a sand dune in front of a long, open beach, ‘house in morillos’ is a honest wooden structure serving as a vacation house in coastal chile. the project completed by cristián izquierdo arquitecto is designed as a complete unit, consisting of four similar structures that gradually open to their surroundings starting from a central kitchen. 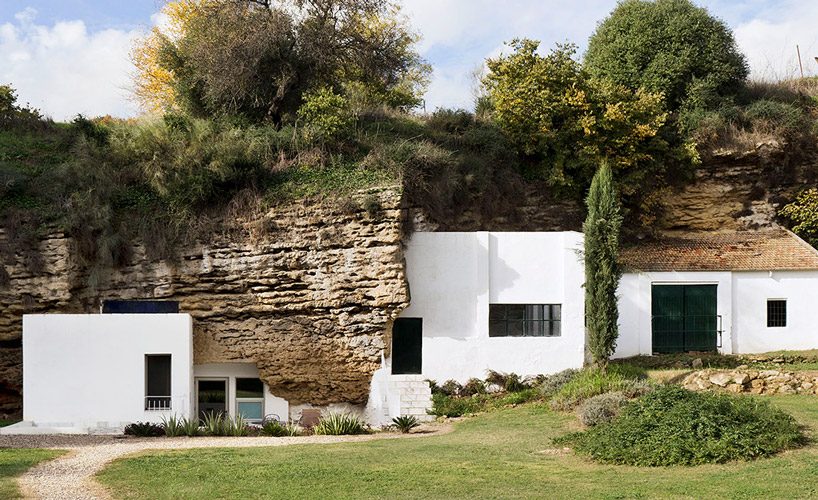 embedded right into the foothills of sierra morena in spain, ‘casa tierra’ is carved right into the sloping strata of limestone that also forms the various geological features known to the cuevas del pino estate. inside the hidden cave retreat, the characteristics and rough texture of the calcarenite stone is apparent and celebrated throughout. the interior spaces are sculpted around this natural formation and the results is a strong sense of enclosure combined with spacious, natural light filled spaces. 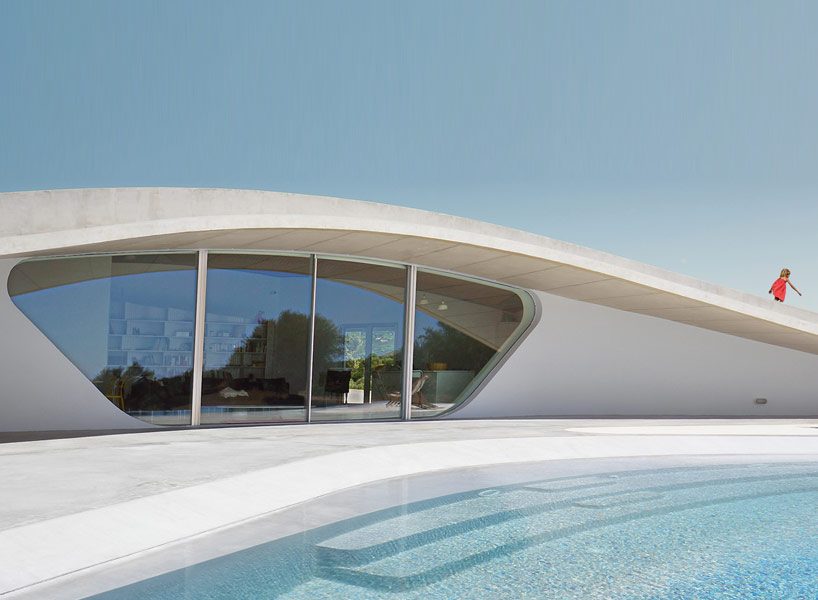 from above, this summer house in greece by LASSA architects is defined by its Y-shaped green roof that merges with the landscape to become an extension of the terrain. located on an olive grove in southern peloponnese, the family residence comprises two main sections: a private area that contains three bedrooms and two bathrooms, and a south-facing communal area that houses the kitchen, the living room, and offers access to three adjacent courtyards.

7 – house in the orchard by jan šépka 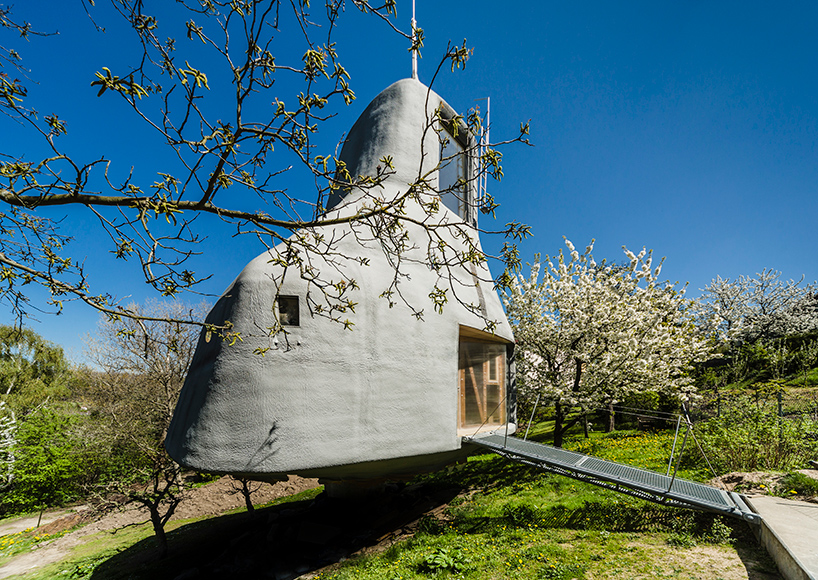 in the czech replublic, jan šépka — formerly of HŠH architects — constructed an unconventionally shaped dwelling that appears to hover above the ground. as its name suggests, ‘house in the orchard’ is surrounded by six fully grown trees on a sloping plot that overlooks the valley below. through both its scale and overall character, the three-storey family residence seeks to blend into its natural setting. 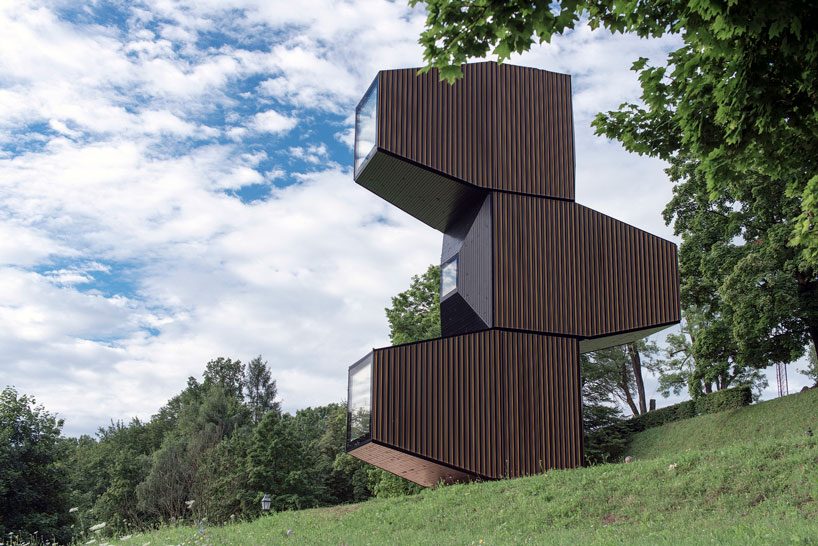 if slovenian architecture firm OFIS architects combined both its compact winter cabin and its 3shoebox house, the result would look something like this. the project is a self-contained wooden shell, which is flexible and adaptable for different locations, climate conditions, and terrains. the compact house can be used as holiday cabin, a hideaway, treehouse, or even a temporary habitation for research. 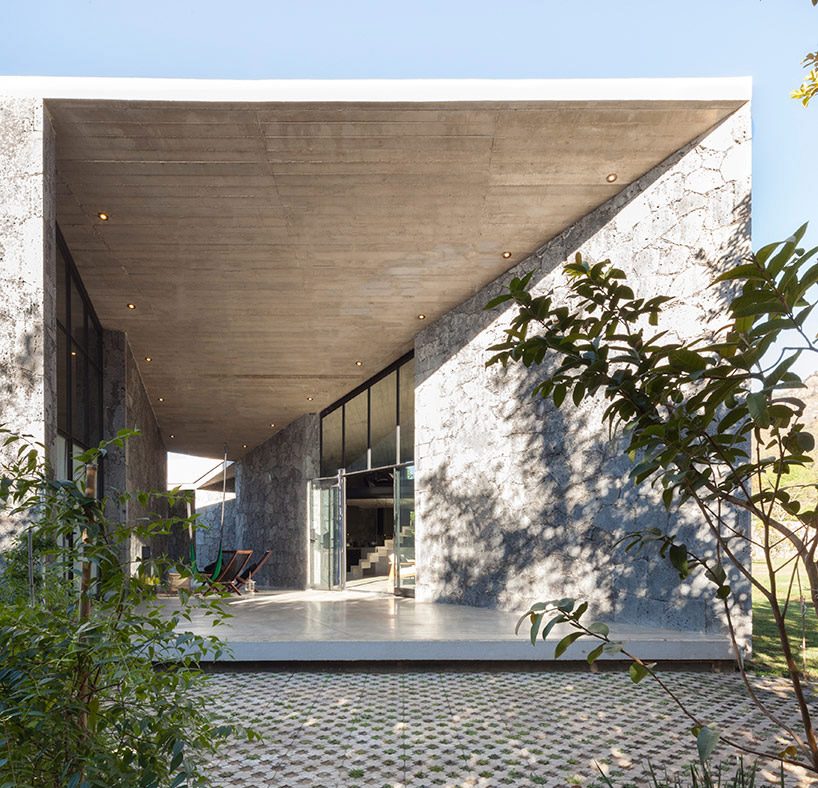 in response to the lush surrounding vegetation, comfortable annual temperatures and the presence of two neighboring mountains, cadaval & solà-morales (read our interview with the architects here) has constructed a private residence named ‘MA house’ on the outskirts of tepoztlán, mexico. the defining feature of the monolithic dwelling is its construction material: stone. the decision came from the fact that stone exists on site, and can be sourced locally. 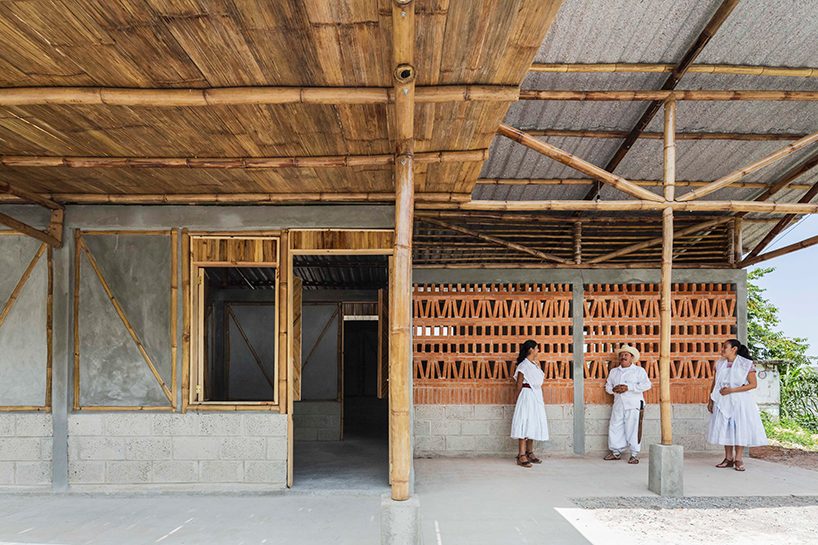 in february 2016, mexico’s national housing commission changed its criteria for providing federal subsidies. the updated regulations stated that the use of traditional materials and constructive systems such as bamboo, straw, and wood would be considered precarious, and that self-built houses made using these materials would no longer be considered for federal funds. in response, comunal: taller de arquitectura developed a scheme that uses a modular and prefabricated building system that comprises just three elements: two trusses and an interchangeable panel.